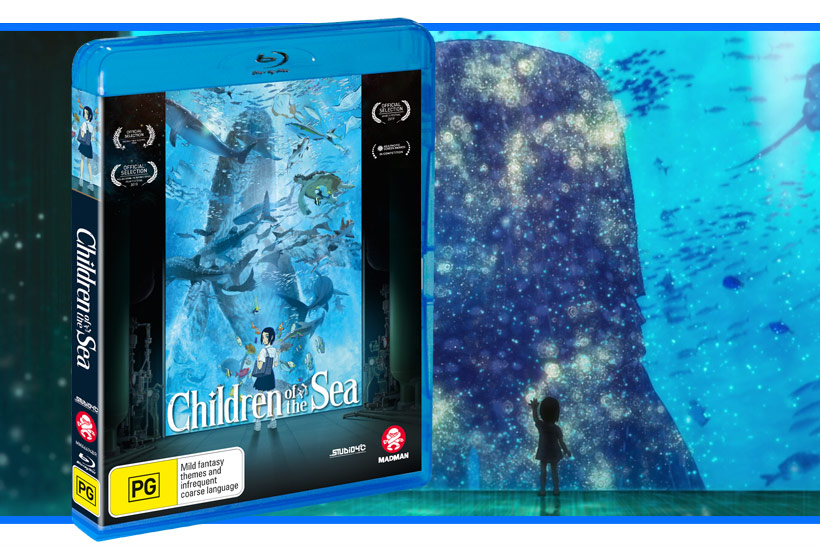 Children of the Sea is the kind of film that is difficult to read based on the official art – the direction suggests a serious, even sombre narrative with potential lashings of social commentary and underwater adventure.

At least that was my take on it at first glance. In practice it’s an entirely different – and fascinating – beast to behold and experience.

Children of the Sea kicks off with Raku, typical middle schooler on summer break, hoofing it to the school yard for a game of dodgeball with her classmates. After getting ceremoniously booted out of the game when one of the other team members trips her up for being too athletic and doesn’t cope well with some universal karma, Raku finds herself at the town’s aquarium for a fateful meeting with Umi, a boy who finds himself more at ease with sea creatures than people.

By two-thirds of the way through the story we’ve hit a number of beats – Raku’s conflicted and awkward behaviour seems reflective of the broken and abusive home she lives in with her parents caught in an unhealthy separated relationship, which sees her adventures with Umi and his brother Sora becoming a profoundly freeing means of escape from the mundane.

Beyond these characters is chatter of a broader conspiracy and almost supernatural phenomena occurring amongst the immediate inhabitants of the aquarium and broader sea life. This leads the final act to explore in often surreal detail the outcomes of all these events until the film reaches a resolution of sorts.

By the time the credits hit you’re probably situated in one of two camps – you’re either confused, or both confused and completely mesmerised. Make sure you stay for the post-credits coda though – there’s some great stuff in there.

Children of the Sea’s final act seems to be controversial or divisive given the narrative and visual structures play hard and loose with typical expectations. For me I’m torn on which part of the movie makes it more compelling viewing as the visuals are sumptuously gorgeous but the abstract journey was absolutely thrilling. I love it when anime gets weird because the format lends so many strengths to it.

Films like Akira or End of Evangelion delight in taking you in non-traditional ways to explore their themes, and even titles that fold deeper stuff under the hood (like Ghost in the Shell) are at their strongest when they push against the proverbial walls. Last year I lamented that Boogiepop and Others could do with getting a bit weirder, so it’s fitting to have the chance to review Children of the Sea.

Maxwell Freedman over on CBR.com has an excellent and easily digestible reading on the final act of the movie, so if you would like a guide or point of reflect for that latter chunk of the movie I would recommend having a read.

After you’ve watched the movie at least once of course.

Hinted at earlier were the amazing production values. While I love a super-slick animated production, there have been times where it’s been refreshing to appreciate some of the more raw or less-refined linework in anime. It’s one of the hard things to balance in HD releases of cel-animated anime as some titles, such as Funimation’s DNR-heavy releases of Dragon Ball Z (the movies of which have been reviewed here and here), where the interest in making the anime look shiny come at the expense of the amazing line art in those cels. Sometimes even modern productions could do with easing up on cleaning those lines, such as the Netflix Castlevania adaptation where the rougher linework in the animatics may have added a bit of welcomed grit to the production.

So it was with a huge degree of joy that we see some beautifully detailed and expressive amount of linework in Children of the Sea. The style lends a sense of authenticity to the feel of the film, somehow making this crazy fusion of CG, stupendous colour palette and scratchy line art feel like a traditionally animated anime rather than a modern production burning away on a rendering farm as it completes high (and ultra) definition exports for digital consumption.

It would also be remiss to leave out that Jo Hisaishi lent his incredible skills as a composer to Children of the Sea as well. Unlike other Ghibli productions which are often a bit more melody-forward, Hisaishi provides a subtle, reflective score that supports Ayumu Watanabe’s vision of the film.

These elements are well presented in this local Blu-Ray release too. We’ve got an impressive transfer that doesn’t seem to buckle under the complex visuals and there’s an English dub on there for those who prefer to not watch their anime in Japanese. Extras are expansive with a stack featurettes and practical stuff like trailers adding to the mix.

There’s honestly not a lot to fault with the local Blu-Ray release of Children of the Sea. The production values are stunning and the package contains a healthy selection of extras. The story takes some amazing turns and smashes out an ending that’ll resonate after the movie’s well and truly settled. While it may be challenging for some people (and that’s fine), I wouldn’t hold back in sinking 2 hours of your life into this one. I love a good anime that’s happy getting weird, and Children of the Sea pulls it off with aplomb. 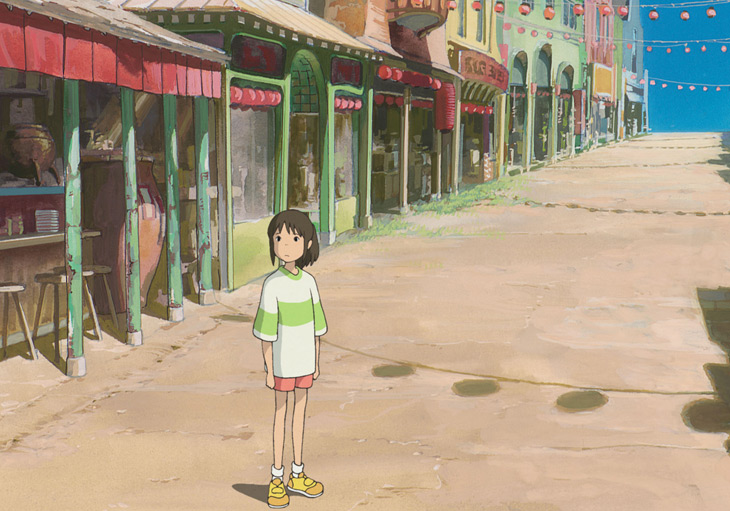