Million Arthur Complete Series is based on Square Enix’s series of mobile games that ran from 2012 to 2019. Anime based on massively popular Japanese mobile game properties have carved out their own niche in recent years and I’ll admit I’m kind of nonplussed about the whole thing. I imagine they’re not entirely terrible given the fandom they bring and when I reviewed Katsugeki/Touken Ranbu I actually found myself really enjoying some of the insanity with how the series played around with history and bushido philosophy. 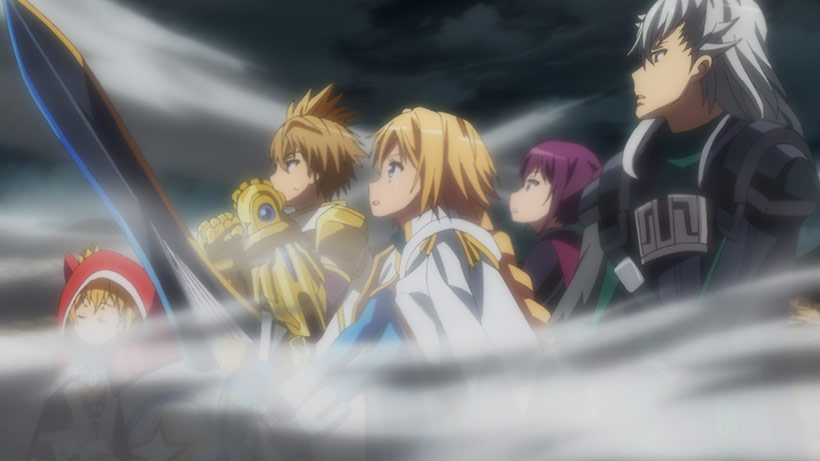 So I was hoping for something similar with Million Arthur – it’s an interesting premise for the kind of batshit crazy concepts that either make you love or hate anime for doing its thing. The premise is the sacred sword Excalibur (of Arthurian legend) has gone nuts and there are now a million Arthurs from parallel universes stuffing up history. A small team of Arthur Hunters have been assembled to sort out the space/time distortions, get rid of the excess Excaliburs and bring peace to the cosmos.

In practice the whole affair seemed tired, rote and boring. Dancho is either played for outright fanservice or placed in predatory lesbian scenarios (also for fanservice), the fairy companions don’t seem to really do a whole lot until season 2 throws in an obligatory power-up mechanic and there’s a creepy vibe to how they play the moe thing off with Renkin. 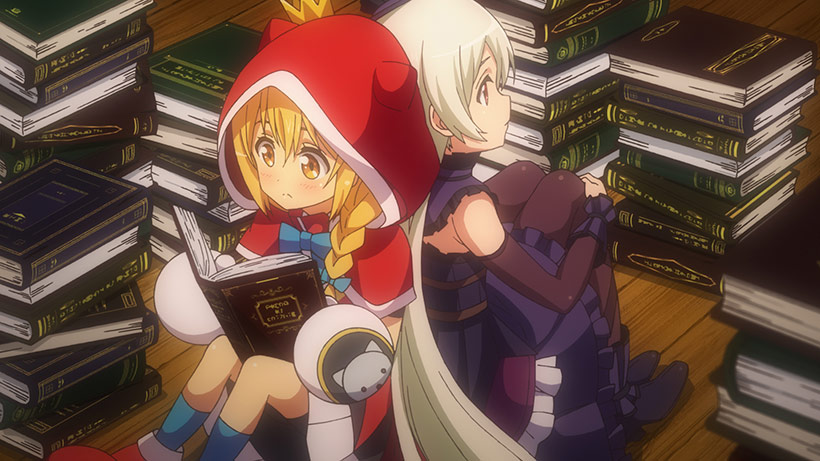 The episode plots are all monster of the week scenarios and largely forgettable, with the usual arrangement of trope episodes to tick the boxes. Every now and again we get some arcs, particularly around Pharsalia’s part in the series, and sometimes the gags and humour were funny, but it mostly felt flat.

Thinking a bit more broadly, I’m not sure if Million Arthur Complete Series is mediocre or if I’m just way too far off the target demographic. I’m more of a console gamer (and in years gone by a PC one too), so don’t get all that interested or invested in mobile games aside from a bit of Pokemon Go. I don’t necessarily have an issue with anime adaptations of video games either – the various adaptations of Sakura Taisen are some of my fondest from that era and the Netflix Castlevania series is excellent, but I have fanboy bias on these which colours my objectivity.

So maybe the best thing about watching Million Arthur Complete Series is that it reminded me that I’ve also been prone to getting excited about anime adaptations of gaming properties and that it’s not necessarily a bad thing that this series just didn’t click with me.

And that’s okay, because I imagine subjecting a younger audience to Sakura Taisen, Tokimeki Memorial or the original To Heart anime adaptation would probably have a similar effect where, divorced of the source material and fandom, there’s not a lot to hold onto. Maybe the same goes for Castlevania, but I think the lessons learnt over years of adapting games to anime pays off to help it sit confidently on its own.

Secretly though, I do hope the Sakura Taisen OVAs would still be fun to watch, but the sales numbers on that property when Madman released them locally years ago were pretty lacklustre so maybe there’s something to my bias!

But enough Sakura Taisen, let’s get back to Million Arthur Complete Series…

The local release joins a number of other Funimation packages that have come over virtually unchanged aside from local tweaks for Australian distribution. This means the encoding and presentation is solid, it’s bilingual and the physical packaging has one of those cool cardboard slip covers. There’s no extras included on the set, including no ops or eds. As I was pretty nonplussed about this release none of this bothered me, but if you like the music I guess it would have been a nice touch to have included them. 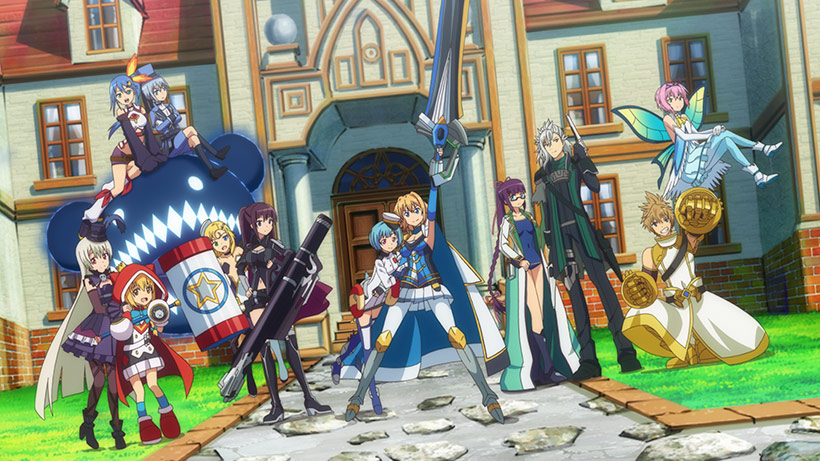 Subjectively, I felt Million Arthur Complete Series was pretty lacklustre and was surprised someone successfully argued to get two TV seasons from the property. Perhaps the best thing to say is the entirety of the anime is included in this release and that it’s good value for money if the premise floats your boat. If you’re into Million Arthur or don’t mind a fantasy gag anime I imagine there’s something worth exploring here.