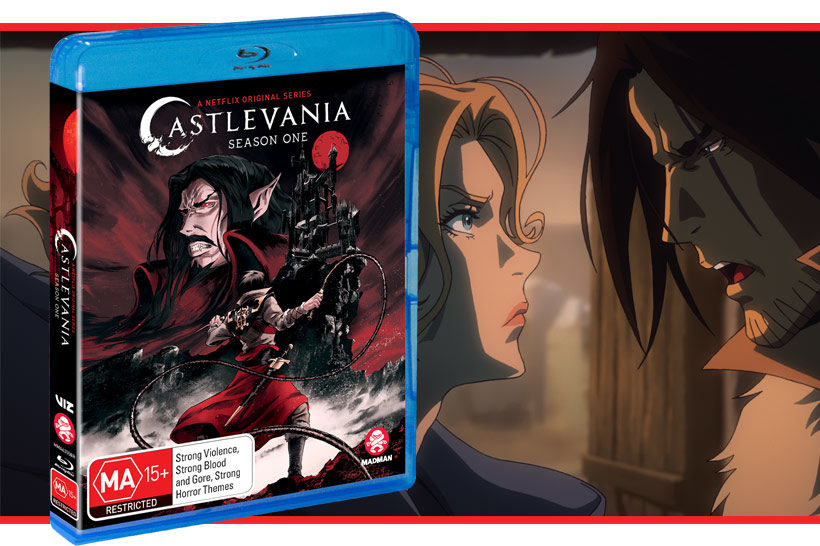 Castlevania Complete Season 1 captures the previously Netflix-only streaming series into a single release. Given the enormous depths of established lore in the Castlevania universe, it will prove interesting to see how well this recent adaptation fares in finding a balance between easing the cries of fanboys and fangirls while achieving an engaging stand-alone experience.

Castlevania Complete Season 1 covers the first run of the series which originally premiered on Netflix in 2017. This is all about the setup – the story opens with Dracula getting a visit from local healer Lisa who yearns to learn of the advanced scientific knowledge he has gathered over centuries to help everyday people in the community. 20 years go by and the two of them end up getting together. Things go south though when Dracula ducks out for a bit and finds that the church has accused his wife of witchcraft and burn her at the stake. In retaliation Dracula gets angsty and goes about unleashing an army of demons on the people of Wallachia. 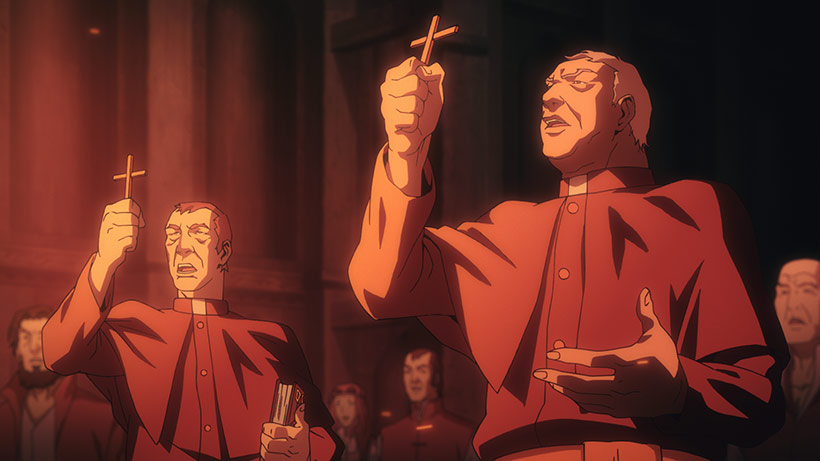 Amongst all the demonic excitement comes Trevor Bellmont, who gets caught up with some local drama after spending too much time at the pub and unintentionally comes to the aid of a local group of pilgrims being persecuted by the church. This journey leads him on his path to rescue the leader of the group’s daughter, Sypha, from the mysterious catacombs and seek out ways to halt Dracula’s unending assault on the local population.

Castlevania Complete Series 1 is… interesting. The production’s a combination of work from US-based Powerhouse Animation and Korean-based MOI Animation. It’s a fascinating combination as you can see in the style that it’s heavily anime-influenced, but there are some clear and distinct differences in terms of design and direction, and this even drives down to dialogue and pacing. This isn’t a bad thing, but I’ll admin that at first it took a little to get into the show’s groove. 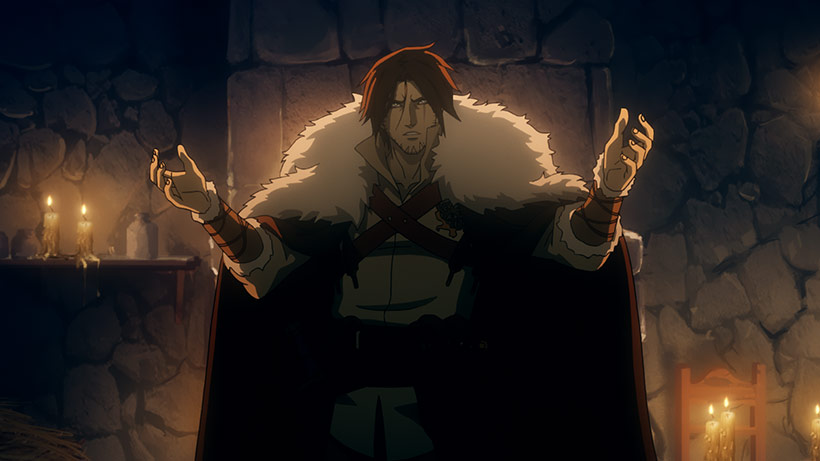 The nature of the design and production at times feels a touch stilted, but the action sequences have some absolutely incredible moments. Choreography, frames and post-effects can sometimes be absolutely amazing, but then the animation timing with the dialogue and on-screen visuals can come off a little stiff. But this means something else is at play as the voice actors aren’t held back by matching lip flaps which results in some really great work on behalf of the cast (who do an amazing job). I haven’t watched anime in English for years aside from a few curiosities here and there, so it was amazing to see something in an anime style of animation (and at times animated so well) accompanied by some engaging performances.

On the balance of it all, Castlevania Complete Season 1 does a genuinely fantastic job of breathing some animated life into such a long-running and revered gaming properties which is no mean feat. Madman’s local release does it justice as well – encoding look great, the audio is immersive and the featurettes going through the animation production is fascinating to watch. I realise there’s a need for final production animation to look super slick, but I loved seeing the organic linework in the early phases of some of the key scenes they showed off that I kind of wish they had been able to keep some of it in the final production. If we get a physical release of the second season I’d love to see some bonus features focusing on the unique production environment as it proved to be good fun going down the rabbit hole for this review. 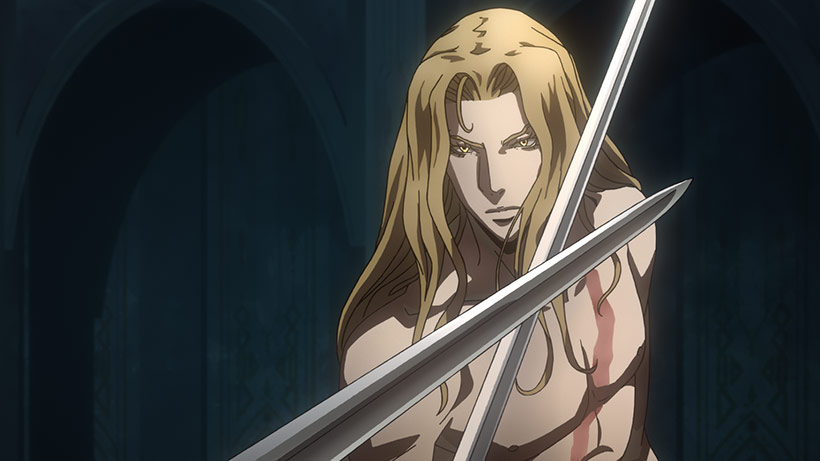 Castlevania Complete Season 1 is a solid entry into this adaptation project – there’s enough in here to bring in newcomers to the property while tipping its hat to long-running fans of the series. A solid (and frequently gory) production across the animation and excellent performances from the voice actors are very much appreciated and it’s a nice novelty to have the familiar Netflix hum on physical media.