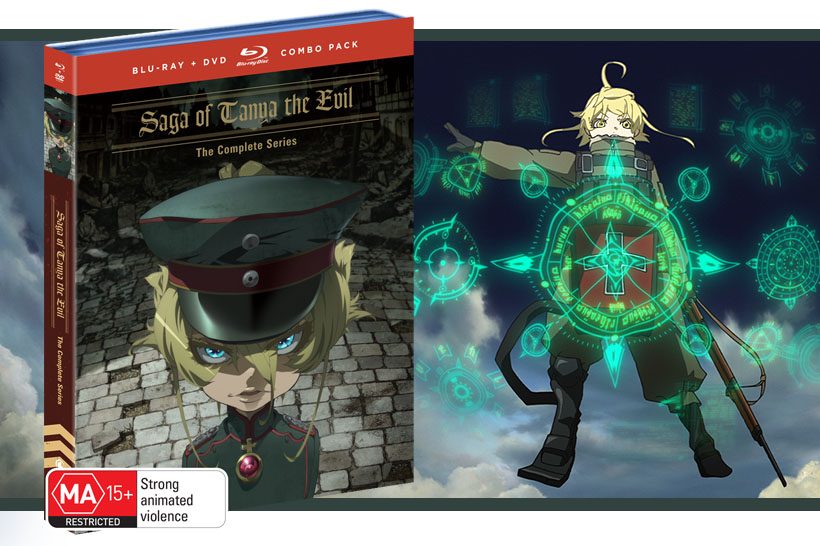 Following his premature death at the hands of a co-worker, a middle-aged salary man is forcibly reincarnated as Tanya Degurechaff, a girl living in an alternate semi-fantasy world in the midst of war. God (or ‘Being X’ as Tanya refers to them) is to blame, punishing Tanya for her lack of faith in her previous life and placing her in miserable circumstances in an alternate world to force her to believe in their power. However, using the ruthless corporate skills from her previous life, Tanya joins the Empire’s battle mage division in the hopes of earning a fast promotion that will take her away from the battlefield and place her in a cosy office job far from the action. But Being X has other ideas, and in their meddling to get even with Tanya alters not only Tanya’s carefully laid plans, but changes the course of the war itself. 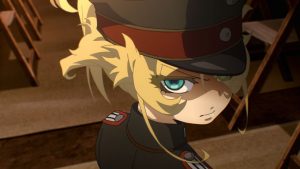 Saga of Tanya the Evil is a military isekai featuring a middle-aged man reborn as a young girl taking place in sort-of-not-really Europe in an alternate sort-of-not-really World War One with magic. While the premise sounds incredibly specific and zany, it actually kind of  works as it places a person with a 21st century corporate perspective and skills into a World War One setting and lets them loose – along with the sense of unease and visual comedy of that person being a small, brazen child. But if isekai is not your genre of choice, it is also just as easy to ignore this premise in favour of viewing Tanya as an apathetic, particularly spiteful, and goal-oriented young girl who is being targeted by God. I was also pleasantly surprised that despite the fact that the series is a military anime and I am not generally a fan of the genre, I enjoyed all aspects of Saga of Tanya the Evil. The series is well-balanced, tending to jump from situation to situation at a smooth pace that keeps the tension going while making sure that scenes featuring strategic planning and action-packed battles are well paced and do not overstay their welcome. The show also benefits from Tanya’s headstrong and perceptive personality, as it is equally fun watching Tanya attempt to scheme her way to the top as it is watching her take out a squadron of battle mages. 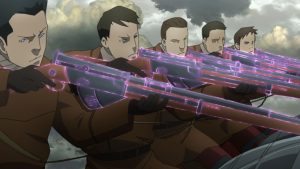 It may seem obvious that the titular character of the series is the best part of it, but it does not hurt to say it. Tanya is a great character, equal parts menacing, intelligent, and amusing, and an overall a pleasure to watch onscreen. She has a lot of great moments across the series, from pouring milk all over a tablecloth to prove a point during a formal dinner (trust me it is great in context) to performing aerial combat with the proficiency that earned her the nickname ‘Devil of the Rhine’. One of the things that had me hooked on the series was that despite the overall serious tone of Saga of Tanya the Evil, there is a distinct layer of brevity where Tanya is concerned. There is something inherently funny about Tanya’s goal of obtaining a high-level position away from the warfront being continuously thwarted because she excels at her job just a little too much, and the situations that arise as a result. 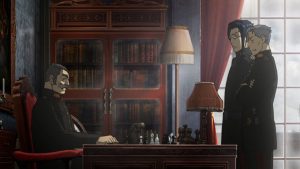 But Tanya is also not just a joke. She participates willingly and almost happily in campaigns where civilians are casualties and views all battles as another step on the ladder to her retirement without any guilt towards the human lives being affected on either side of the war. This creates an interesting dynamic where there are multiple people, some even within the Empire, that see Tanya as a threat due to her monstrous nature. Even though I would concede that some of the issues at play in the series, especially around civilian casualties, were not handled with enough nuance, I still enjoyed the dynamic these scenarios created  and the line the series traversed in terms of Tanya’s monstrous nature and her put-upon office worker attitude. Unfortunately, because Tanya stands out so much most other characters in the series play bit parts. Tanya’s assistant Viktoriya is a fun character who has a good introduction in the series, but she plays a minor role relegated to making a comment every now and then and only peripherally featuring in battles. Even Tanya’s battle mage squad barely warrants a mention, as aside from an interesting but incredibly short character arc featuring one of Tanya’s Second Lieutenants, these characters function mostly as set dressing. 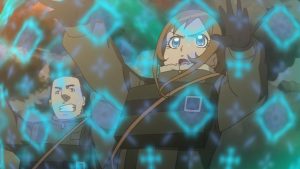 In terms of technical prowess, Saga of Tanya the Evil also deserves praise for great visual and sound design. There are some great extended shots during battle sequences in particular that focus on individual characters and follow them through the action, with the magical element of the show really lending flair as characters fly at breakneck speeds firing magical weaponry and engaging in battles in the clouds. The sound design in the series is particularly memorable, with weapons popping and exploding in satisfactory ways that heighten the excitement of the battles taking place. Both elements are best exemplified during scenes on the warfront when they are used to create heart-pounding mage battles, but the quality is apparent throughout the entire series. I’ll also include a shout out here to the opening theme “JINGO JUNGLE” and ending theme “Los! Los! Los!”, both excellent songs in their own right that have a lot of character and flare that suit the series – I was immediately in love with both. 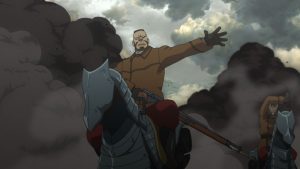 There is never a dull moment in the series. While there is some fluctuation towards the beginning where the show sorts itself out and hops genres from military, to isekai, to period drama, Saga of Tanya the Evil hits its stride quickly and does not stop. Tanya is an excellent titular character who embodies a bleak by-the-numbers corporate perspective while also being entertaining, a big part of which is thanks to the performances by her Japanese and English voice actors, who portray her monstrous and humorous sides excellently. While there are definitely aspects of the series that focus on the nature of war that did not have the amount of nuance I thought they deserved, the series was clever and genuinely surprising at times. I particularly appreciated that the ending conflict of the show went in a completely different direction than I expected while still maintaining the established tone of the series. Saga of Tanya the Evil is a solid series that excels technically, and although the premise may seem obscure at first glance, it is very easy to sink into and enjoy.