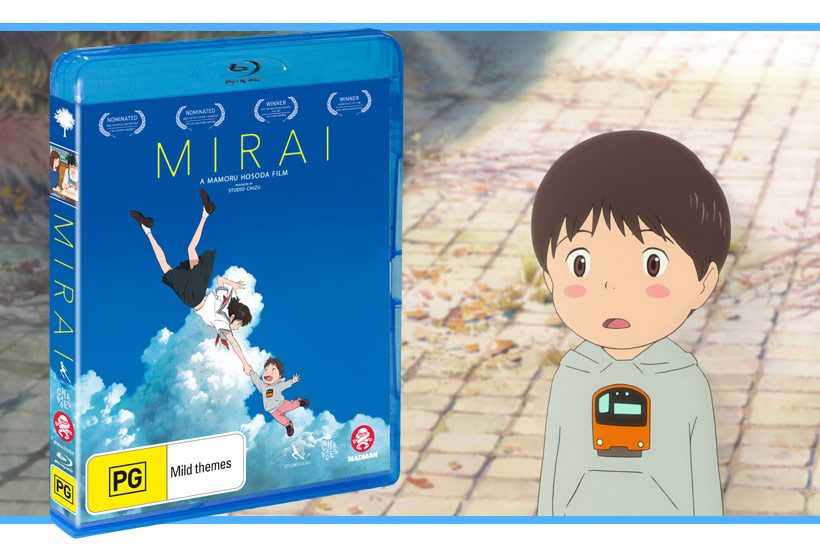 Mirai starts by bringing us into the changing home of the Ota family. This seemingly typical suburban home in Yokohama is transformed into an architectural labyrinth by the family’s patriarchal architect (and likely funded in part thanks to the income from the matriarch’s status as a company executive!). The critical point is that the house’s expansion is centred around a pre-existing oak tree which becomes the critical tool for the story of their son Kun as he works through the imminent arrival of his baby sister Mirai and his responsibilities as her older brother. 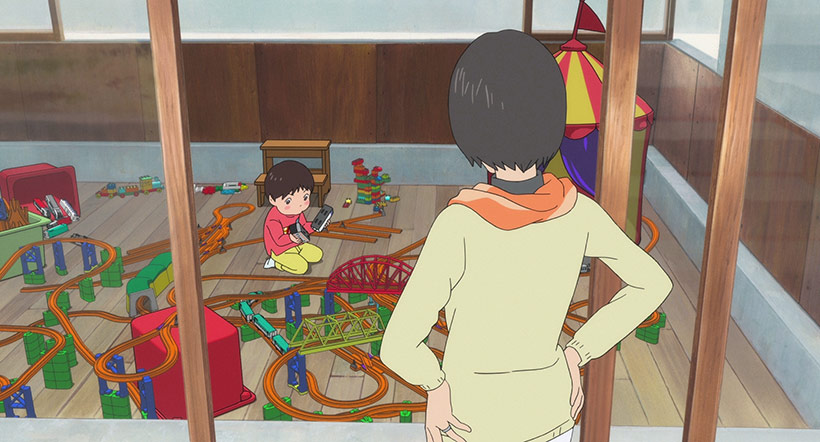 Kun initially takes a shine to Mirai but begins to get overwhelmed by the changes in the household. With his mother returning to work, his father transitioning to freelance work as an architect so he can become the primary caregiver and the necessary demands on their time to care for their newborn, Kun finds himself acting up continuously. Whether it’s vying for attention, throwing a tanty or trying to hit his sibling out of jealousy and frustration, he finds himself frequently in trouble and lost in the changes afoot.

His journey takes an unusual turn one day when he storms out of the house to the old oak tree dominating the yard. There he meets the Prince of the house, only to discover this unusual spirit is a human manifestation of the family dog, Yukko, and learns how he went through something similar when Kun was first born. Other emotional outbursts lead to more encounters with the fantastical, most important of which is the future spirit of his sister, Mirai of the Future (or Mirai no Mirai, which happens to be the Japanese title for the film). 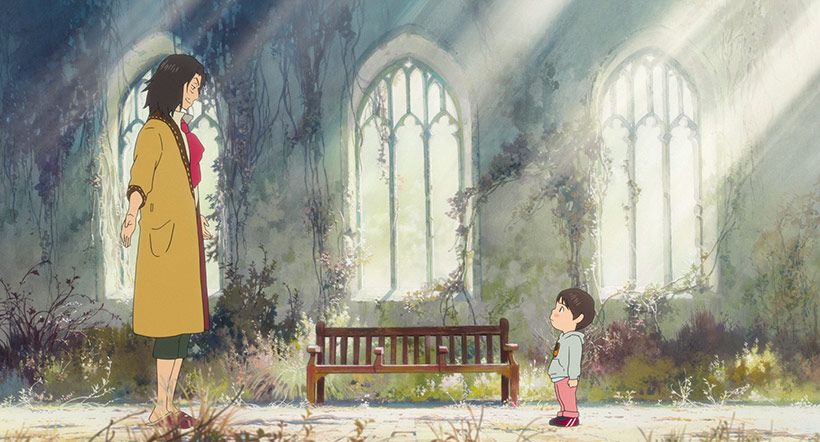 Her arrival challenges his behaviour to encourage him to start working through the storm of emotions he is struggling with. Soon these encounters broaden even further to meet other spirits and locations back and forth through time. His path is far from straightforward, but as he progresses from one experience to the next we see how Kun’s journey leads to the pivotal end of the story in reconciling his position in the family and what it means to be a true older brother for his little sister.

Despite the above, Mirai feels quite restrained when taken in as a whole. Ultimately we’re part of a year-long or so journey and experience the world often from Kun’s viewpoint, but told in a way imbued with a sense of the magic of childhood imagination. This is not unlike what Miyazaki achieved 30 years earlier in My Neighbour Totoro, but Hosoda has done so in a style all of his own that leans harder into incorporating the challenges typical of contemporary parenthood. 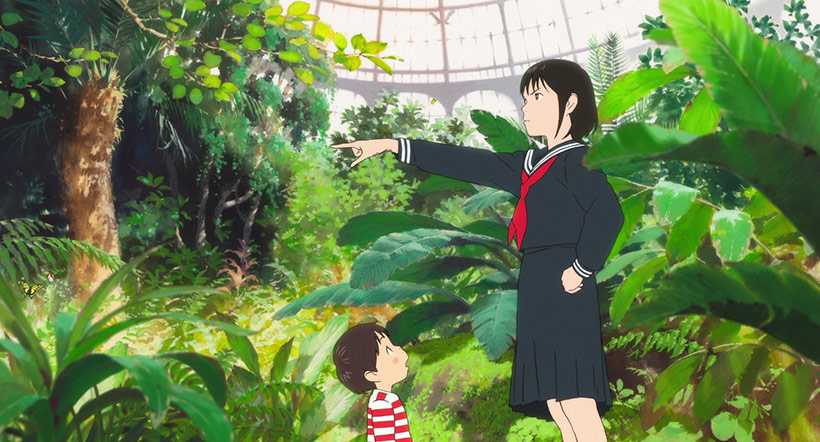 It’s the attention to detail and semi-autobiographical nature that lends Mirai so much strength. Kun chucking a wobbly and having meltdowns were tangibly familiar with my own experiences as a dad, and seeing Kun folding back and forth in different times and the experiences he has along the way echoes the common sentiments parents have for wanting their children to not just exist in their own time, but appreciate the family’s journey over generations. Kun’s experiences of these snapshots in time are wonderfully executed, and it’s refreshing to see how they don’t treat these encounters as a binary response that simultaneously fixes his behaviour and solves the tumultuous undercurrents of emotions that are the driving force behind his reactions. Rather, they influence his growth instead of conditioning an immediate change in how he has to work through the changes in the household and the emotional maelstrom of early childhood.

It was also fascinating how Mirai frequently draws its focus to the parents. In this sense it provides an intimate insight into the adjustments to the household from their perspective, whether it be working through the lack of sleep, the struggle with maintaining multiple identities (executive/parent/spouse/individual) and learning to adapt to the new arrival’s own quirks that differentiate herself from her brother. 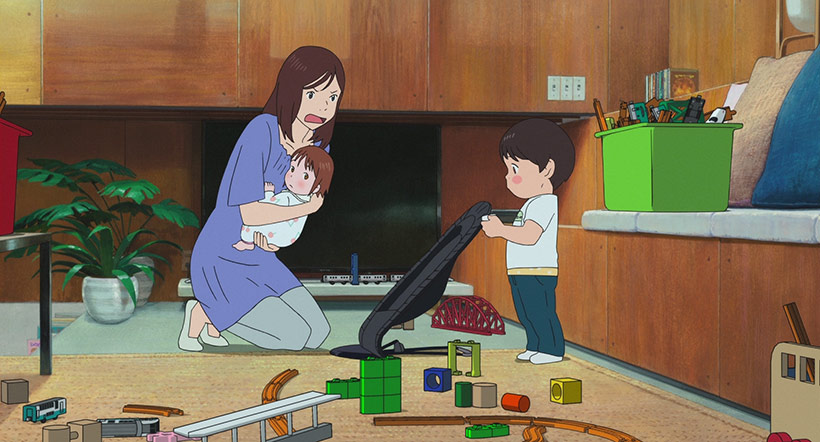 All these elements feel as though Mirai is a catharsis of sorts for Hosoda as we follow elements of his personal journey as a parent struggling with trying to do an amazing job as a father and contribute to the family. It’s also interesting to see him tackling the stigmas and social responses where the primary carer for the kids is male rather than female.

It goes the other way too, and this is incredibly important – we frequently see how Kun’s mother has to work incredibly hard to maintain her role as a successful executive and adapt to the changes at home in a society where there is still the perception that she should be the primary caregiver for her children. As Kun’s father wasn’t as hands-on this means her responsibilities are further compounded by having to teach him the ins and outs for maintaining the house and keeping the kids fed ands entertained! 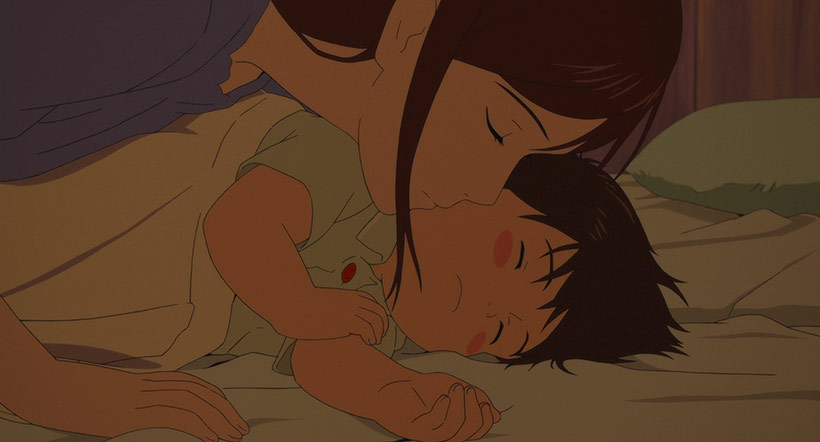 This is particularly refreshing given that even though in Australia (and elsewhere) we are slowly becoming better at embracing the notion that a father can be an amazing caregiver while their other half smashes it at work to provide for the household, this social movement is slower to gain widespread traction in Japan by comparison. It would be interesting to revisit this paradigm in another 10 years to see if Hosoda’s challenge issued to the societal norm have been met and see where both Japan and our own backyard in Australia is at in tempering a greater sense of household equality.

Bringing my thoughts back to the Blu-Ray release, Madman have delivered a spectacular package with Mirai. We have bilingual DTS-HD tracks for both the English dub and the original Japanese audio and the encoding looks absolutely stunning. The wealth of extras on this release deserves special attention however, with a definitive array of interviews, supplementary features and all sorts of greatness that is a step above the norm. It does seem a little unusual in 2019 to have such a broad sweep of extras packed into an anime film’s blu-ray release, but given Hosoda’s ongoing critical acclaim it’s great to be able to snapshot so many elements of the production in one package and is a great compliment to some of the other releases Madman have put out locally. 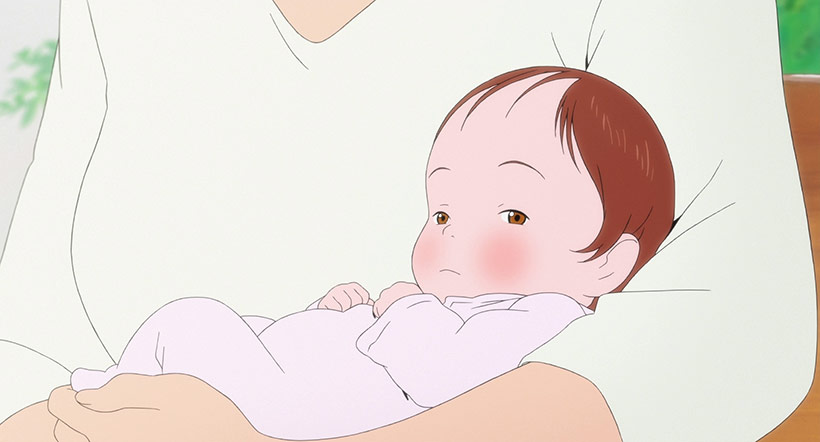 Mirai is a triumph for Mamoru Hosoda – seemingly small in scope, his latest film displays a mastery that speaks to his ability to fuse the limitless imagination of early childhood with an intimate exploration of contemporary parenthood with undulating layers subtlety throughout the journey. While his future projects will no doubt continue to entertain with visual spectacularity, this perfect encapsulation will remain the kind of film we’ll continue to talk about for years to come as raw, human, magical and brilliant. 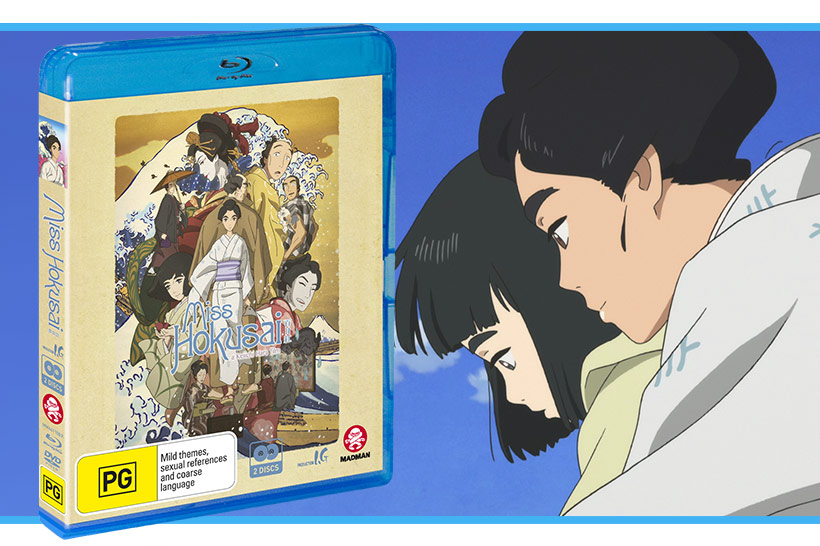 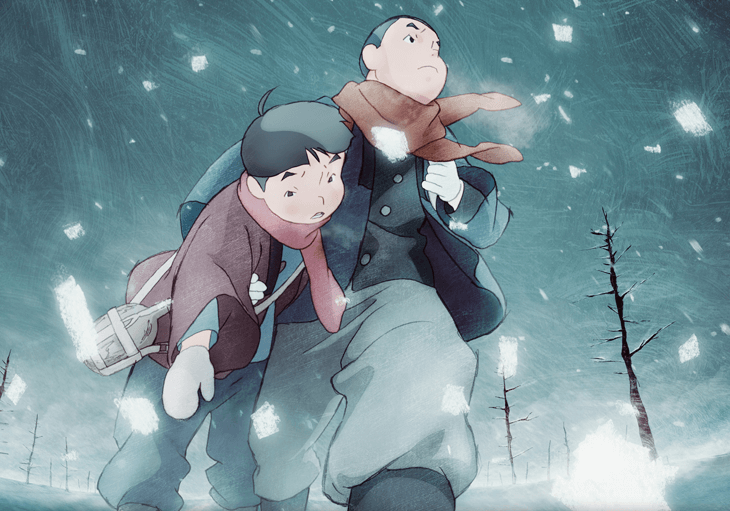 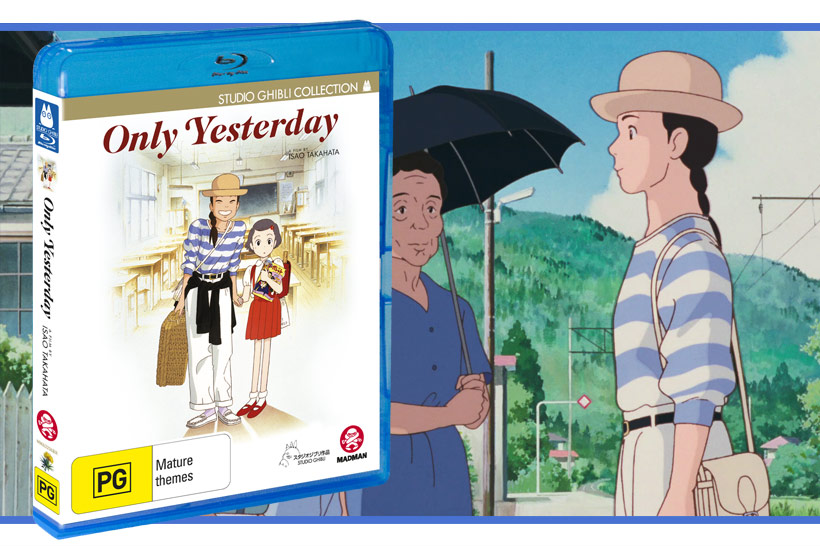