Bungo Stray Dogs Season 3 continues the story of the Yokohama Armed Detective Agency and Port Mafia in a similar style to its previous season, by splitting its season into two narratives. The first offers another glimpse into the past of Dazai and the Port Mafia, adapting the Bungo Stray Dogs light novel Dazai, Chuya, Fifteen Years Old, and the other continues the story of the Agency and Mafia members following the events of the second season and the introduction of new antagonist, Fyodor Dostoevsky.

In Dazai’s past, a tentative alliance is formed between himself and Chuya, leader of a youth gang known as The Sheep. The two search for what appears to be the ghost of the previous leader of the Port Mafia and a mysterious individual known as Arahabaki, as they attempt to uncover the truth behind what connects the two figures. In the present, the Armed Detective Agency and Port Mafia are sharing their own alliance following the destruction of the Moby Dick and defeat of the Guild. However, this peace is threatened when Fyodor pits the two groups against one another by putting the lives of their superiors on the line. 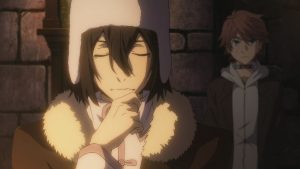 Having reviewed the first two seasons of Bungo Stray Dogs and the film (see my reviews of season one, season two and Dead Apple for further reading), I have a soft spot for this series. While, like its predecessors, Bungo Stray Dogs Season 3 tends to get bogged down in unnecessary narrative complexities of its own making, once you peel back the layers of characters playing mental 4D chess with each other like they are playing a game of  Yu‑Gi‑Oh and the convoluted anime reveals, at the centre is an enjoyable if quirky series with its fair share of spectacle. This comes down to the excellent and energetic animation (while I know it is redundant to say that a series from Studio Bones has good animation, it’s still worth acknowledging) and the solid, and sometimes extremely anime, melodrama.

The adaption of the light novel Dazai, Chuya, Fifteen Years Old makes up the first three episodes of the season. Like the previous season, the episodes that delve into Dazai’s past do a lot of interesting contextualising regarding his time in the Port Mafia, how Dazai and Chuya first met, and how Chuya eventually comes to join the Port Mafia. While the actual plot of these episodes felt convoluted and many important story elements seemed to happen offscreen, it felt justifiable because the real focus of these episodes is Dazai and Chuya. Their fifteen-year-old bratty attitude lent itself to some excellent chemistry and fun exchanges between the two as they irritated and manipulated each other while attempting to get to the bottom of the Port Mafia and Arahabaki mystery. Despite some stumbling with the set-up and mystery that draws Dazai and Chuya together, the adaptation of Dazai, Chuya, Fifteen Years Old is a fun way to kick off the beginning of the season and further expands the world of Bungo Stray Dogs. 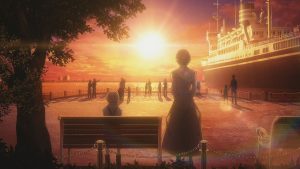 The rest of Bungo Stray Dogs Season 3 takes place in the present, following the escapades of the members of the Armed Detective Agency and Port Mafia during a ceasefire of sorts between the group. This gives us a couple of character-focused episodes that introduce season three antagonist Fyodor, shed some light on what became of the members of the Guild following season two, and give some more backstory for Armed Detective Agency members Atsushi and Kyouka. Fyodor’s introduction episode is essentially a bottle episode and follows an engaging exchange of wits as he tries to escape from the Port Mafia executive that has captured him. The episode is nicely contained and has its own series of reveals that make it a really engaging episode, and is a good example of characters playing mental 4D chess in a way that is intriguing instead of frustrating. Another stand-out episode delves into Atsushi and Kyouka’s pasts, and we learn about Atsushi’s time in the orphanage in more detail as well as the origins of Kyouka’s killer Demon Snow ability. Along the same vein as the Dazai, Chuya, Fifteen Years Old adaptation, these insights into Atsushi and Kyouka’s pasts recontextualise a lot of the previous events of Bungo Stray Dogs and add some nuance and depth that enrich the series.

Fyodor’s manipulations that result in the Armed Detective Agency and Port Mafia being pitted against each other make up a five-episode arc. These episodes are framed as a race against time for the Armed Detective Agency and Port Mafia to save their leaders, and it’s great seeing the tentative equilibrium established between these characters get shaken up, forcing them to confront each other and face-off in interesting and creative ways. While the focus falls on the usual suspects of Atsushi and Port Mafia member Akutagawa to have the big flashy battle with the villain, fans of the extended cast will also be happy to know that other characters also get their time to shine. Ranpo gets some great “gotcha” moments, Junichiro demonstrates some excellent applications of his “Light Snow” illusory abilities, and Kunikida has some not-very-good-quite-bad-times as the narrative tries to make his life as miserable as possible. While the episodes still suffer from the typical Bungo Stray Dogs convoluted reveals, it’s a good arc to end the season on, creating extremely personal stakes for the characters that lead to increasing clashes that escalate as time goes on. 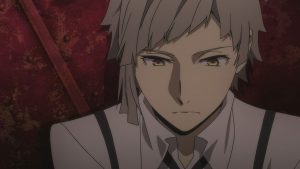 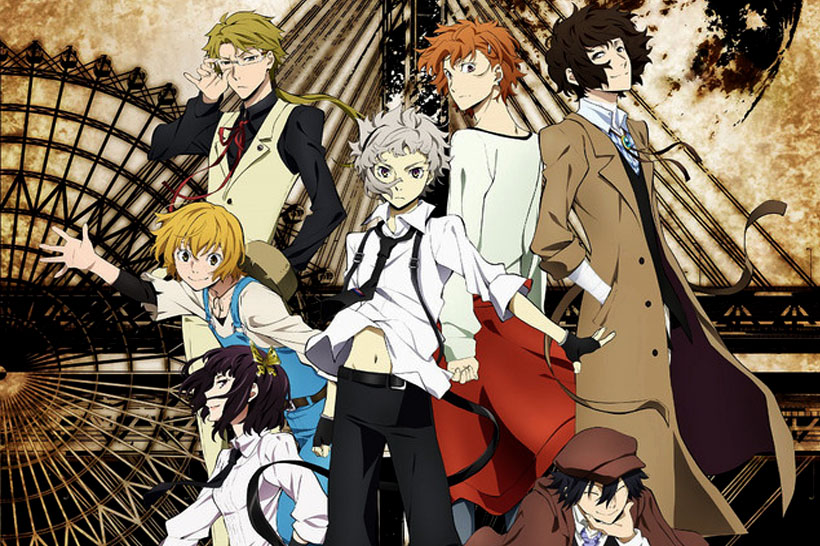