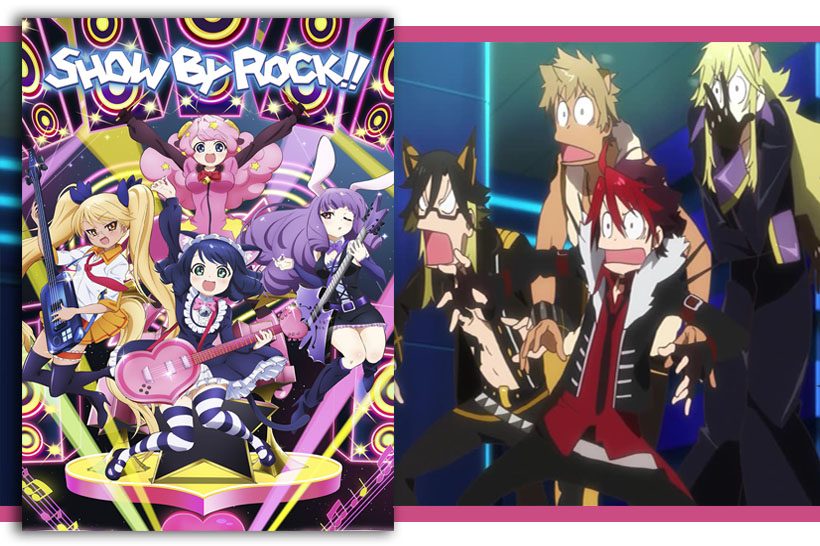 Aglow with neon signs and record stores set up on every block, Midi City is home to a race of music loving animal people known as Myumons. On Earth, Cyan Hijirikawa is struggling to work up the courage to join her school’s music club. Failing to do so, she returns home and wallows in self-pity while playing a rhythm game on her phone. Cyan is then suddenly transported from her typical anime bedroom in Japan to this strange world and offered the opportunity to push past her anxiety and express her love of music by performing with the up-and-coming band Plasmagica. Alongside her newfound friends, Cyan strives to outperform the other bands in the city, all while trying to defeat the evil music monsters trying to consume the top musicians’ Melodisian Stones. Yep.

Show By Rock!! initially presents itself as suitable for kids. Not to say that it isn’t, but it’s clear after watching it that this is not intended solely for children. The colourful style and cutesy characters belie the sexual humour and sometimes dark themes. Countered once again by cheesy episodes devoted to the meaning of friendship; I don’t exactly know what to think of Show By Rock!!. It seems like the show is trying to be too many things at once, and because it never committed to one thing it’s difficult to form a coherent opinion. The animation, both CGI and traditional, is fine, as is the music. There are plenty of characters and story arcs to keep the viewer occupied, but none of it resonates beyond what is initially introduced. Show By Rock!! is simply “meh.” 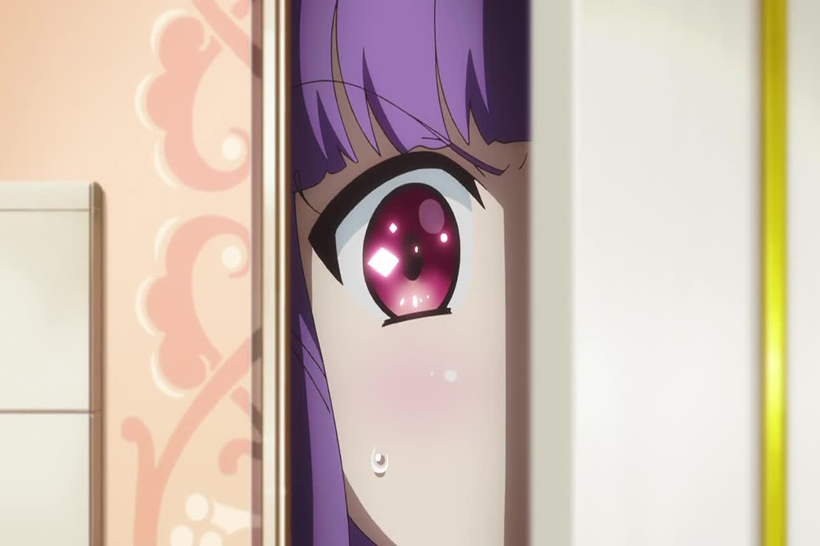 Utilising not only traditional 2D animation, Show By Rock!! throws in a few CG scenes with characters’ Myumon animal designs. As someone who bemoans the existence of CG in the background of anime, *cough* Parasyte *cough*, the 3D scenes in Show By Rock!! are actually well made. That being said, the change between animation styles is jarring at times, especially since the character designs are completely different between them. Moving away from the 3D segments, everything else is up to scratch. Animation is fluid, and the overall look is colourful and vibrant. But, it’s nothing revolutionary. The art in Show By Rock!! is acceptable, though nothing exceptional. Not that it has to be, especially when the focus of a show based on a rhythm game should be the music.

I haven’t played the original Show By Rock!! rhythm game, and if the songs used in the anime are the same then I probably never want to. Not that the music is bad, but like so much else in the show it just doesn’t stand out. Admittedly, it may have something to do with the translation, as I enjoyed the Japanese versions of the songs more in most cases. It could have something to do with awkward English phrasing in a few of the songs. Even still, I appreciate the effort that was put into lyric translation. The standard for this kind of music in anime seems to be to just leave the original in. And to be fair it works. It cuts down on the localisation efforts. However, putting the time in to translate and record the lyrics for the English release is something worth noting. 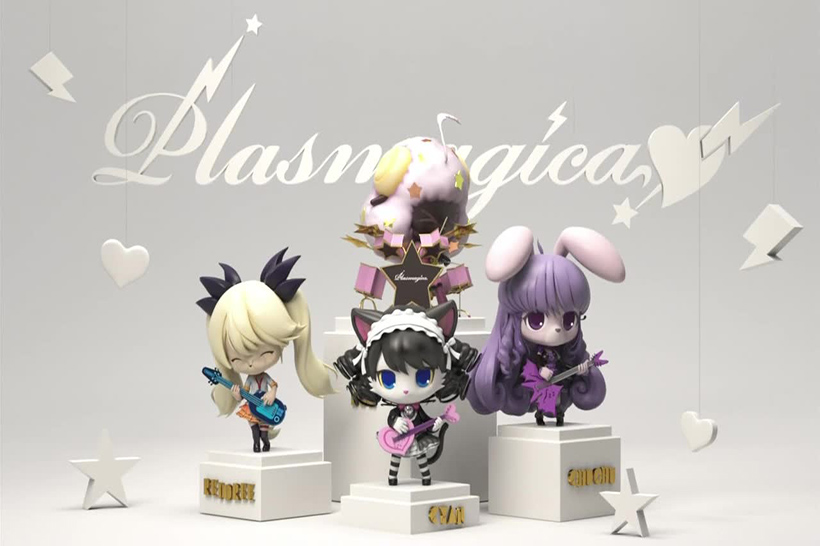 Of course, if the character development and story is good then the music is inconsequential. And boy does Show By Rock!! have a lot characters and even more going on in the story. To start, we have the four members of Plasmagica, including Cyan; their friendly male rivals, the four members of Shingan Crimsonz; their not so friendly female rivals, the four members of Criticrista; the three strong idol group Trichronika; and the list goes on. As I said, there are a lot of characters in Show By Rock!!, yet very few stand out. Even the mysterious bad guy Dagger Morse who is behind all the evil goings-on in Midi City, and the mysterious good guy The Grateful King who’s… somehow involved in this mess? They’re kinda just there. There’s a lot I want to see from some of these characters. They have great designs and their dominant traits are all appropriate. Yet even the Shingan Crimsonz, who are essentially the main supporting cast, are just background noise. The characters that are explored are done so in mostly meaningless ways.

There’s a lot of forced character development between the members of Plasmagica. It seems like whenever things are going well for the group some kind of artificial conflict that didn’t seem to exist before springs up and creates a rift between them that is mended by the end of the episode. For example, when betrayal is introduced as a conflict and there are no consequences for the characters involved it makes it difficult to be invested in the “drama”. If Show By Rock!! was a kids’ show then sure, it would make sense, but it constantly teases intriguing plot points and character arcs before snatching them away and leaving behind a hollow moral at the end of the episode that screams, ‘don’t forget the power of friendship!’ 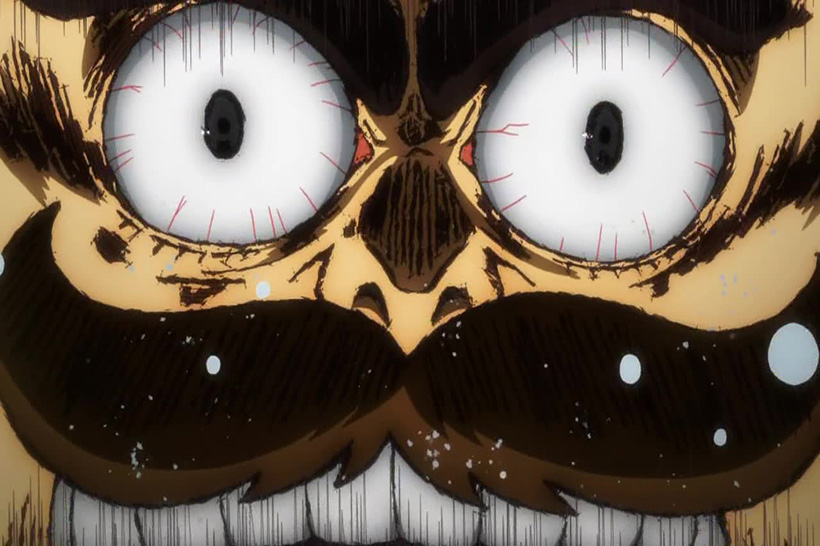 Show By Rock!! has it all! Empty conflicts, subplots that don’t amount to anything, character relations that don’t quite make sense, and awkward pacing. What’s not to like? Suffice it to say, I did not enjoy the character and plot development in Show By Rock!!. As I’ve said so many times in this review, a show doesn’t need to have a revolutionary cast of characters or a fully engrossing plot to be enjoyable. Yet I struggle to think of anything in this anime that I did find enjoyable. Show By Rock!! fails to deliver something worthwhile in every category, instead spreading itself dangerously thin.

I truly wanted to like Show By Rock!!, but not enough happens in the show to nurture that feeling. Perhaps if it closely followed a more shounen template and had a meaningful sense of progression in terms of plot points then maybe I would have taken to it better. Either that or go full on nuts with the structure and just make it completely wacky. As it stands, the show’s climax feels rushed and it’s as if nothing really happened. Even when key plot questions were seemingly answered I found myself sitting there wondering they actually had. Not enough time is allocated to become invested in events or characters. There’s a lot of wasted potential to be found in what could have been fun mix of action and music. Sadly, having the potential to be good does not make it so. 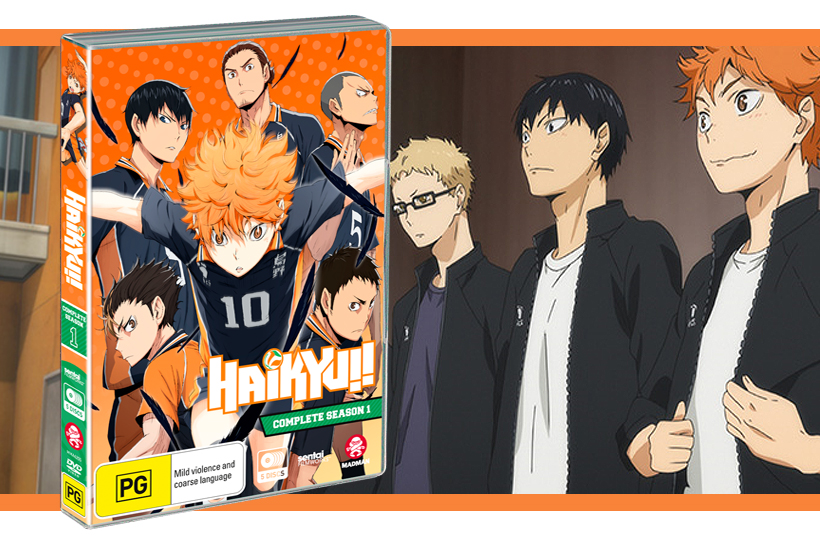