Karasuno High School once housed the greatest boys’ volleyball team in the Miyagi Prefecture, representing the area on several occasions. However, nowadays the team is known as “The Fallen Champions”, alluding to their lacklustre performance at recent tournaments. Hoping to follow in the footsteps of his hero, this label isn’t enough to stop Shouyou Hinata from enrolling. After being thwarted on the one and only occasion he had the opportunity to play with a full team, Hinata is more than eager to begin training with his new teammates. However, his high spirits are dashed almost immediately after he finds out that Tobio Kageyama, the one responsible for the quick end to Hinata’s middle-school volleyball foray, will also be joining the Karasuno team. With the fierce rivalry the two have developed, it’s anyone’s guess whether or not they can put aside their differences and work together.

Sports anime are possibly part of the most generic, cookie-cutter genre that exists. The underdog team filled with people who are more passionate about the sport than they have any right to be is shoved into the spotlight after their many new prodigies give them the advantage they desperately needed. It seems that you can easily pick up any anime about sports and be greeted with this same basic storyline. With that being said, Haikyu!! surprised me right off the bat with the plethora of witty dialogue and likeable characters that is has to offer. Yes, the plot was relatively easy to predict, but it still retained the intended excitement factor. Everything about Haikyu!! when viewed in conjunction with other aspects of the show work together so well, and I praise the creators for their ability to revolve the story around a central theme in each arc. 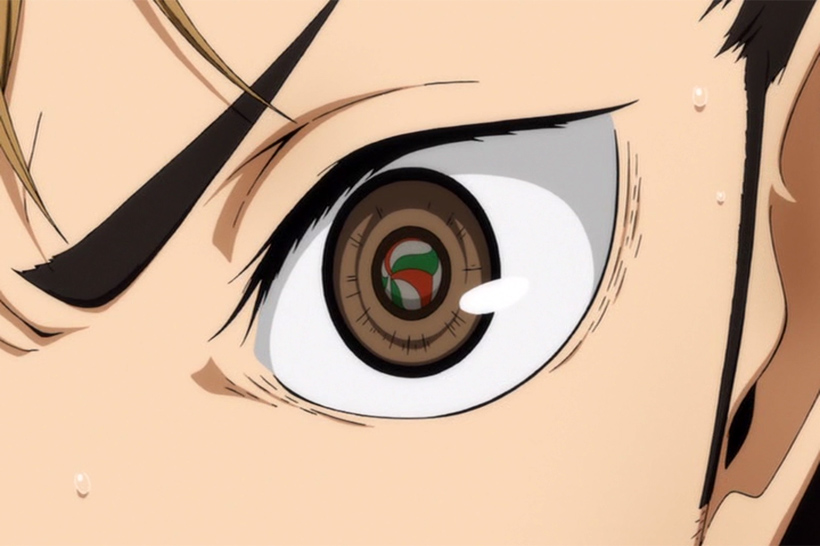 After the initial debacle involving Hinata and Kageyama’s intense hatred towards each other, which thankfully is resolved rather quickly, Haikyu!! starts to delve into what makes it so great. Although I stick by my words about the plot being basic, it definitely isn’t held back by the fact. At face value, the main focus is how Hinata and Kageyama improve themselves, making use of each other in order to get the most out of their individual abilities. However, as more characters are introduced this dynamic shifts completely from the two as the idea of teamwork is integrated into the show. Yes, it’s not a revolutionary theme to exhibit in a sports anime, but the way it is incorporated, to the point of involving literally all of the characters, led to some heartwarming moments.

A player is not a soloist. They are one member of an orchestra. The moment even one of them believes that they are unique, all is lost.

Once the team has mastered the art of teamwork, they move onto the importance of persistence. Faced with challenges that push the team members to the brink of despair, many of them are ready to give up as the improbability of winning looms over their heads. At this point the characters have started being fleshed out, and seeing them struggle yet remain tenacious despite the odds moves the show from heartwarming to inspiring. More is developed upon throughout the rest of the first season, but I would say that teamwork and persistence are the most powerful themes. Of course, these themes definitely wouldn’t be as impactful if it weren’t for the characters themselves.

The characters are easily the best part of the show. The extent in which the creators went to in order to have each member of the team, player or not, be of actual significance is astounding. Even those on the outside of the team, or on opposing teams, play an important role in the story and comedy. What impresses me most is the fact that each and every character feels meaningfully unique. Comparing the characters in Haikyu! to those in another sports anime such as Free! solidifies the fact that none of them are a direct trope that pulls in a certain demographic; they feel so much more real. Everyone has their own entertaining idiosyncrasies, and at one point or another they all have the opportunity to grow, whether personally, socially or as a volleyball player. Each character’s personality also adds to the humour of the show.

Another strong point of Haikyu! is how genuinely funny it is. From the incidental interactions between characters as they insult each other, to the masterfully crafted, yet simple, facial expressions, the comedic value here is not to be underappreciated. My favourite recurring joke in the show is the stereotypical encouraging smack that teammates give each other in a variety of sports. Haikyu! takes this act and adds their own charm to it, making use of hilarious, jarring reactions from whoever is on the receiving end of the slap. Comedic timing is also on point, which is definitely crucial in the construction of the jokes that are employed. Coupled with the fantastic writing and voice-acting, all of the gags are short, succinct, and, most importantly, funny. 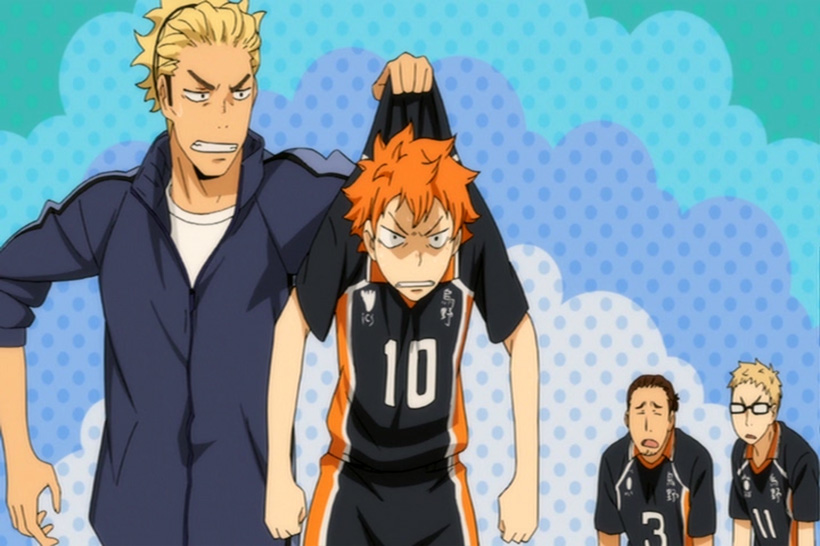 I never expected to enjoy Haikyu! as much as I did, even after seeing the abundance of positive reviews. To add one more to that list, I can, without a doubt, say that Haikyu! is a fantastic example of a sports anime done well. Thanks to the cleverly placed explanations of volleyball strategy and terminology, it’s easily accessible to those with no prior knowledge of the sport. The music is subtle and appropriate, which is surprising considering the primary use of orchestral instruments, and there wasn’t a single point where I could pick out a piece being used multiple times, though I’m sure it happened. 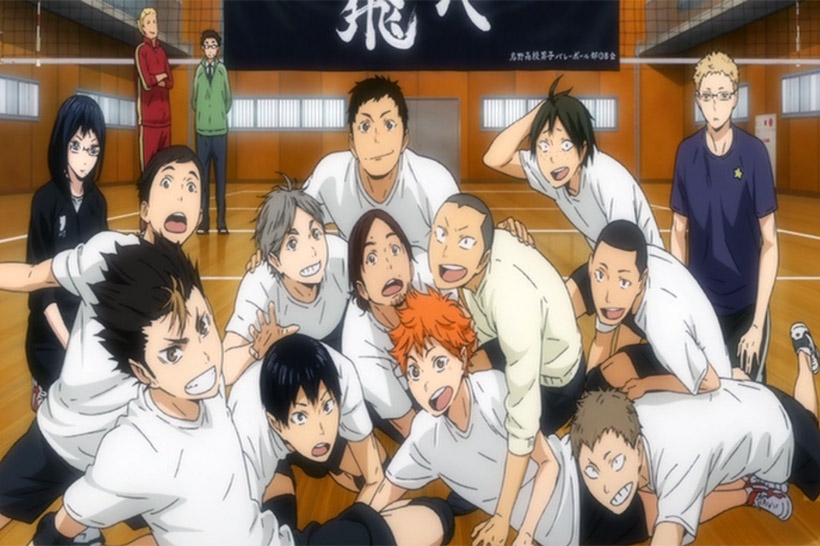 Everything about the show comes together harmoniously. To illustrate, characters benefited from the humour, and also generated a great deal of it. Expanding on my opinion of the characters again, I was shocked to realise that there isn’t a single one that I like more than another. This anime has so many high points, and it’d be a shame to miss out on any one of them. Do yourself a favour and let yourself get caught up in the hype that is Haikyu! 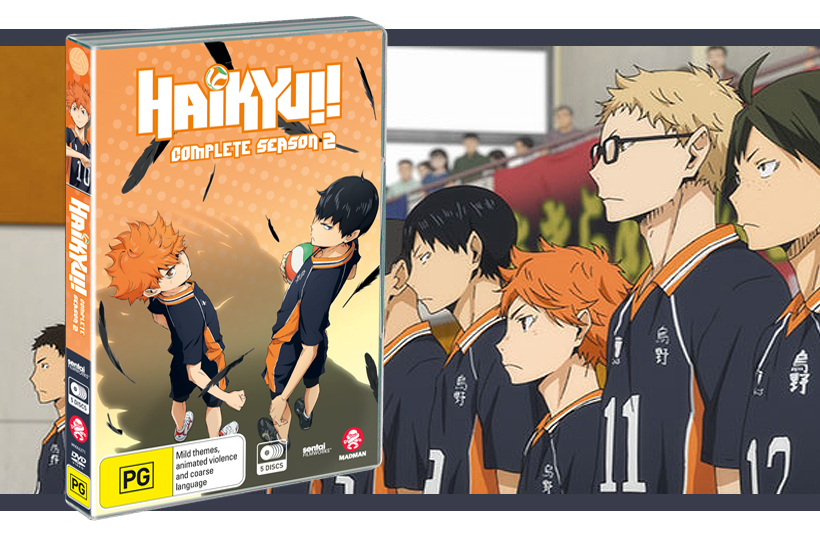 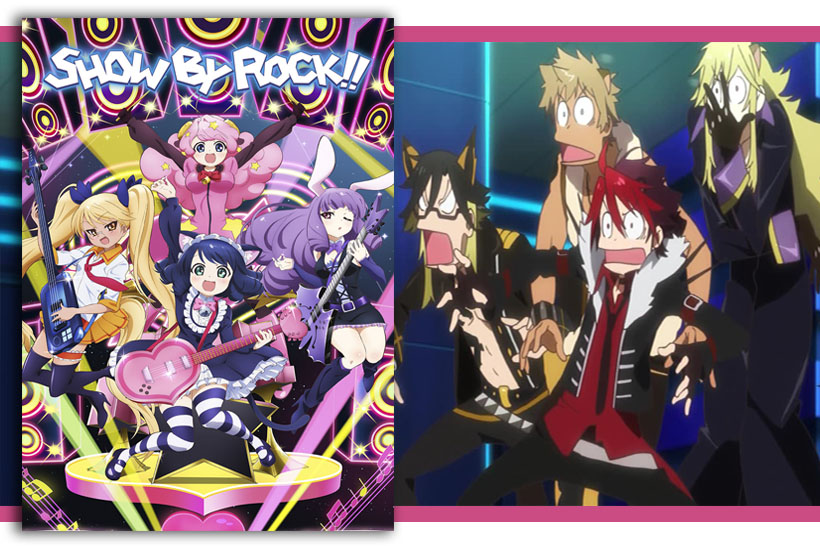