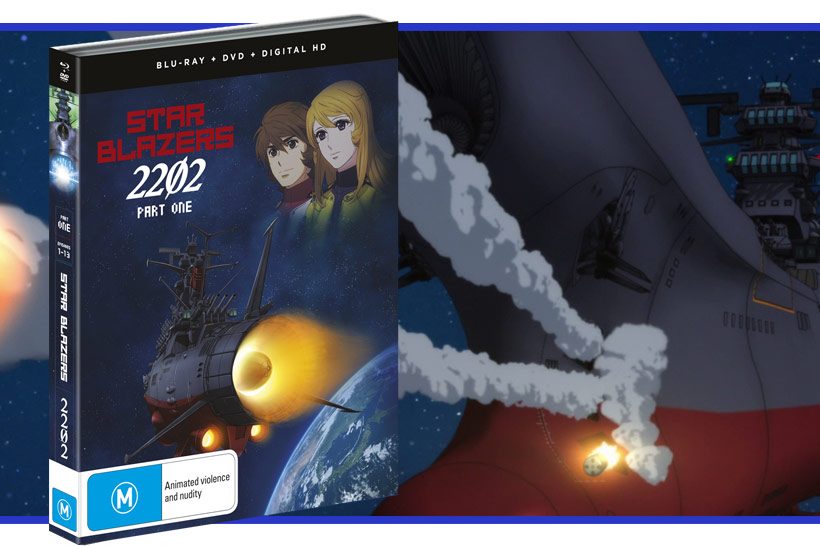 Following on from the release of the first season a few months ago, Star Blazers: Space Battleship Yamato 2202 – Part 1 takes up the story three years after the conclusion of 2199. Given how well the first series in this reboot was received, it will be interesting to see how the team respond to the challenge of a follow-up.

Star Blazers: Space Battleship Yamato 2202 – Part 1 opens with with Earth and Gamilas fighting a new enemy alongside each other having reached a peace treaty in the aftermath of Star Blazers: Space Battleship Yamato 2199. In the three years following the conclusion of the first series, the Earth has been able to restore its ecosystem through the use of the technologies gathered in their voyage to Iscandar. The crew of the Yamato receive a vision from the planet Terezart after this new threat to the solar system in the form of the war-like Gatlantis appear. With the return of old and new faces, the Yamato once again sets off into the unknown to find a solution to halt the incoming invasion destined to affect everyone from both Earth and Gamilas. 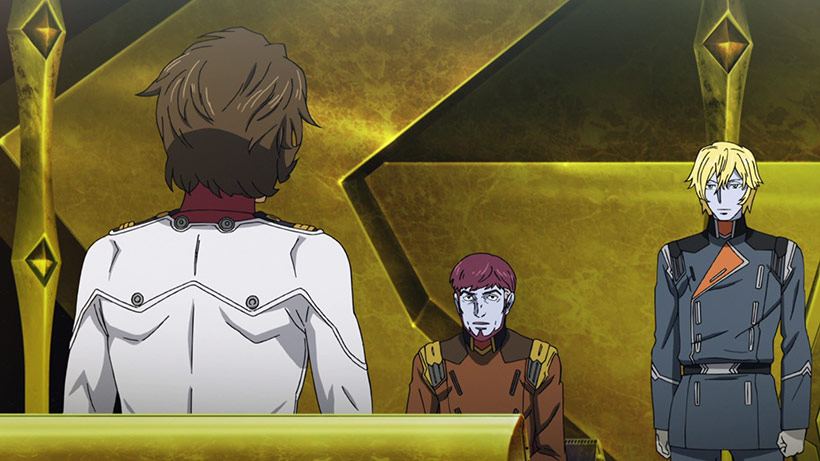 There are some distinct similarities with Star Blazers: Space Battleship Yamato 2202 – Part 1 compared to the first season. There’s the crew of ambitious characters heralding off into space, an unknown invader threatening the extinction of the resident population and vague interstellar communication achieved through an unknown, psychic link not readily understood.

Despite the familiar structures it’s nonetheless engaging. Star Blazers: Space Battleship Yamato 2202 – Part 1 borrows heavily from its base source material that acts as the foundation for the world-building but finds inspiration elsewhere too. There’s some enormous parallels with classic space opera anime like Macross and Gundam, but there’s also some great parallels with Martian Successor Nadesico too (fitting given Xebec, who are the primary production studio for 2202, were also charged with animation production on the latter). 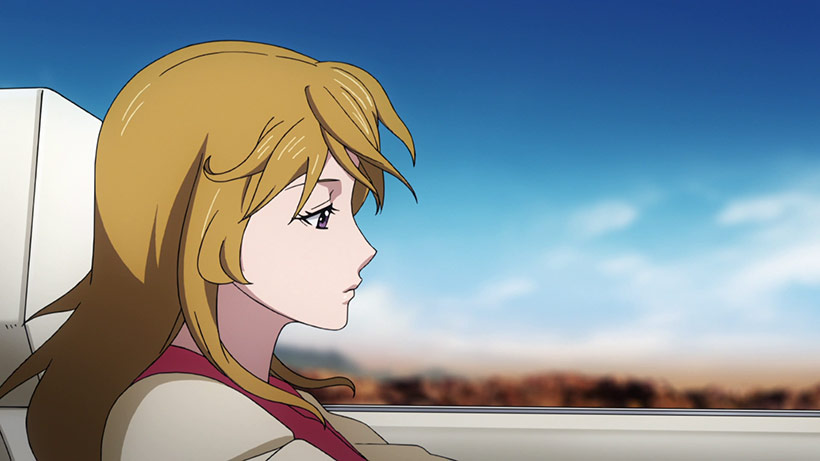 It’s a mix of lore, action and pacing. What’s interesting is that the vast majority of the series is focused more on the human drama inside the Yamato with a disproportionate amount of effort pushed into the action sequences and this plays to its strengths. The exception to this was the first episode which opened with a dramatic space battle which, if we’re being honest, felt really underwhelming given all the CG being used. While the CG’s not bad as such, I’m a huge fan of traditional animation in sci-fi as there’s something inherently thrilling and impressive about hand-drawn mecha battle explosion awesome. Timing-wise it’s probably a bit unfair on Star Blazers: Space Battleship Yamato 2202 – Part 1 as I had just finished watching the Blu-Ray release of Martian Successor Nadesico: The Prince of Darkness the night before. This was to the point where I felt so incredibly underwhelmed after episode 1 that I wasn’t sure how my enthusiasm was going to take me through this release.

But I’m glad I persisted, as the series’ focus on the politics, drama and new lore exploring the Gatlantis empire made for riveting viewing. What was amazing to see is how the character progression flowed through the series and we see light and shade amongst the main and peripheral cast. The narrative subversion in the final episode in particular was really accomplished and successfully raised more probing questions around Gatlantis’ armed forces, politics and culture in what seemed like a seemingly robust and totalitarian regime. 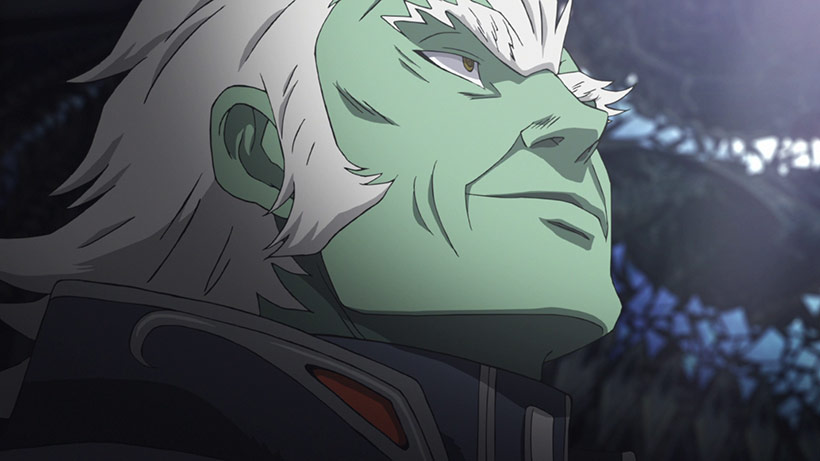 Seriously – episode 13 was genuinely moving. Kudos to the creative staff driving production, it was a very accomplished way to finish up this release.

Speaking of which, Star Blazers: Space Battleship Yamato 2202 – Part 1 is a really solid package. This one’s part of Madman’s program of bringing across Funimation’s US releases and updating the classification packaging to suit local requirements rather than fully localising the content. It features bilingual audio, Blu-Ray and DVD versions in the same set and solid encoding. There’s some nice extras as well – episode 2 has a dedicated commentary track and there’s also a great interview with Ken Meseroll and Christopher Wehkamp talking about the dub production. Oh, the usual op/eds and trailers are in there too. 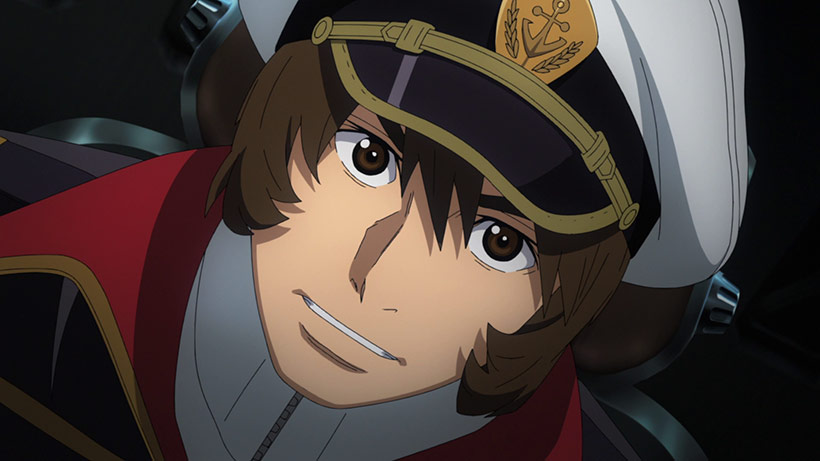 Star Blazers: Space Battleship Yamato 2202 – Part 1 is hard not to recommend. A mature and engaging storyline is paired with some great production values and there’s a nice selection of supplementary materials as well. I’ll be looking forward to checking out Part 2 when it comes out later on! 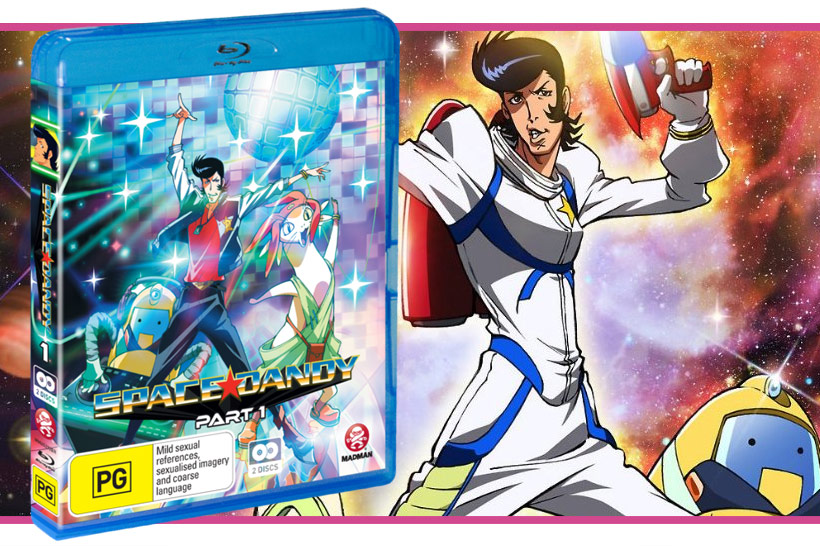 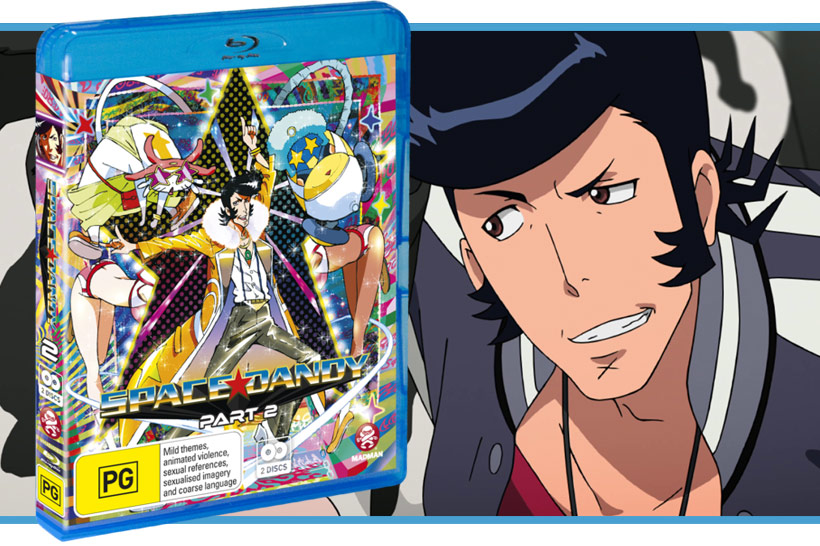