Hellsing Ultimate Complete Series collects the expansive 10 episode OVA series produced between 2006 and 2012 into a single box of hyperbolic rage. Freed of the censorship of Gonzo’s original TV anime adaptation in 2001 and with the benefit of an extended OVA production cycle, Hellsing Ultimate comes with tremendous potential.

Set in contemporary England, Hellsing Ultimate Complete Series captures the story of the Hellsing Organisation whose edict is the eradication of vampires and other supernatural beings. At the helm of the family business is Sir Integra Fairbrook Wingates Hellsing, flanked by her secretly awesome butler Walter C Dornez and the mighty vampire Alucard. The anime kicks off in the middle of a confrontation in an English village where a vampire is doing vampirey things. The police force are effectively mowed down with the exception of police officer Seras Victoria. When the Hellsing Organisation enters the fray and unleashes Alucard on the local disaster, Seras is mortally wounded and makes the choice to continue living as a vampire as Alucard’s ward. 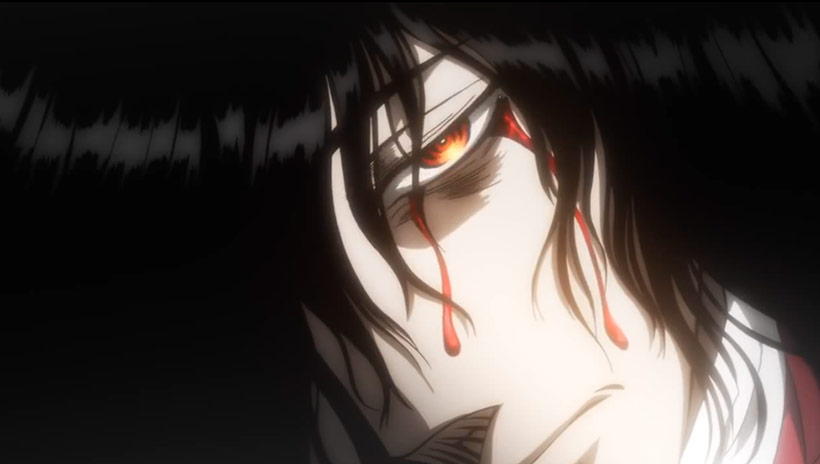 The initial setup isn’t terribly original, with the critical point being the sheer amount of gore unleashed upon the screen in these opening sequences. The narrative fails to take a breather either, with the driving forces behind the recent spate of vampire-led attacks going on the offensive. The typical approach if this were a standard anime TV series would be to take its time in using Seras as the viewer’s tool for learning the ins and outs of the world of Hellsing Ultimate. Instead, this adaptation draws the best bits from the OVAs of the 80s and early 90s that burnt hard and fast with their running time. Within the first few episodes the Hellsing manor comes under attack, international conspiracies are spun and the violence continues, albeit with some welcomed comic relief thrown in to give some light and shade to the proceedings.

It’s difficult to deep dive into the story without giving too much away, but suffice to say Hellsing Ultimate makes for a crazy rollercoaster experience. On the whole it works quite well, with the extreme absurdity of everything somehow aligning with the crazy pace and unrelenting excess. 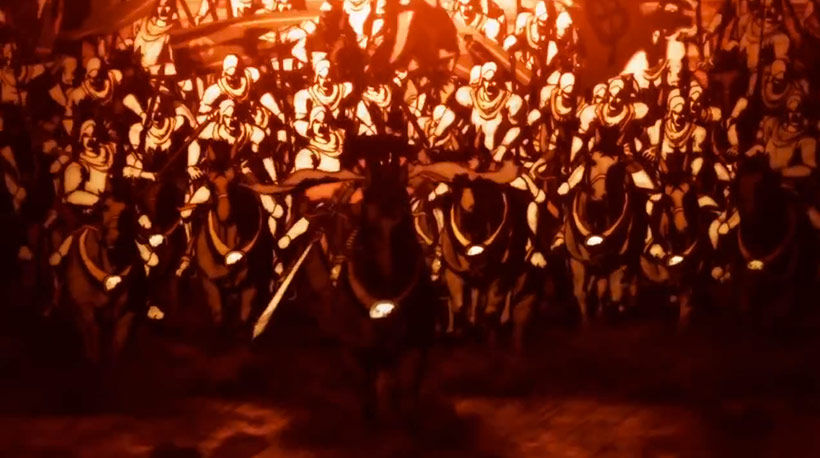 The OVA format allows a lot of this exploration to happen due to the very nature of the format. OVAs often mean there are fewer restrictions on what content can be conveyed compared to a typical TV series and the 6 year production cycle across the 10 episodes has created lavish visuals that were reasonably consistent despite the number of production houses leading the different arcs therein. For the most part it works to its favour – the action is bloody, frenetic and incredibly violent in the spirit of Kawajiri’s Ninja Scroll or Wicked City (amongst other early titles brought over to the West in the early-mid 90s), and the use of fascist symbolism is effectively unsettling.

But there are points where I found myself questioning if perhaps they were pushing the envelope a touch too far. There are scenes later in the series which provide context for the psychological fragmentation that frames two of the core characters. In themselves they don’t amount to fetishising what happens, which is important to note, and their impact serves to shock and anger the viewer because what we’re exposed to happens to people in the real world. And, just like in the real world, it’s fucked up (to be blunt).

For myself as a viewer it made for confronting viewing and reflecting on it critically creates a mix of emotions. Just because I have watched something that stirred a mix of revulsion or anger does it make it right to question its inclusion if the narrative justifies it? It’s been a short while since I finished watching Hellsing Ultimate and with this space my response is still conflicted given that I can see the importance of how these confronting scenes contribute to their respective characters.

In a broader sense, it’s important that anime, like any storytelling medium, can demonstrate the ongoing psychological impact of trauma on people and that it can be a good thing to apply this within a fitting construct. In some ways, you could further argue that the decision to layer this into an action-oriented series like Hellsing Ultimate is important because of how it subverts the expected premise built upon fantastical hyperviolence and kinetic action. It’s not unlike how Evangelion subverted the giant robot genre and, at its core, arguably explored a story of how trauma, neglect, relationships and the resultant effect on mental health is all-consuming to the point of physical or psychological paralysis.

Popular culture has for decades grappled with exploring the affects of trauma on people, and as long as the scenes aren’t fetishised and the subject matter is treated appropriately (and I think you could argue this is the case), then shouldn’t it be something worth discussing?

Perhaps something to leave here, but I wanted to take some time to work through my thoughts. 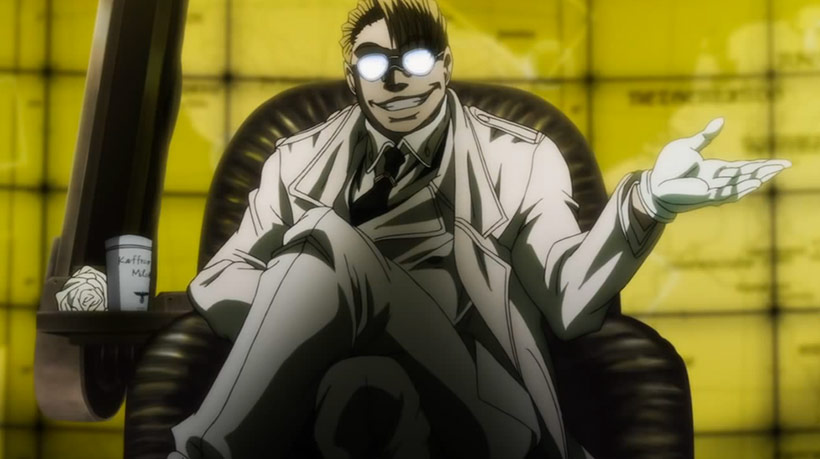 The combination of interesting characters, production values and its ability to challenge its audience in some cases doesn’t necessarily make Hellsing Ultimate brilliant, but it does make it compelling and challenging.

The local Blu-Ray release for Hellsing Ultimate Complete Series needs little argument by comparison because it’s very impressive. The volume of action and aggressively contrasted colour palette looks amazing on Blu-Ray, and this release includes lossless HD surround tracks for the English and Japanese audio. Extras are incredibly substantial too – this package contains the entirety of the prior Blu-Ray releases so there are 2 and a half discs worth of supplementary materials which is both staggering and exhaustive. Pun-intended, this truly is the ultimate package for fans of the series. 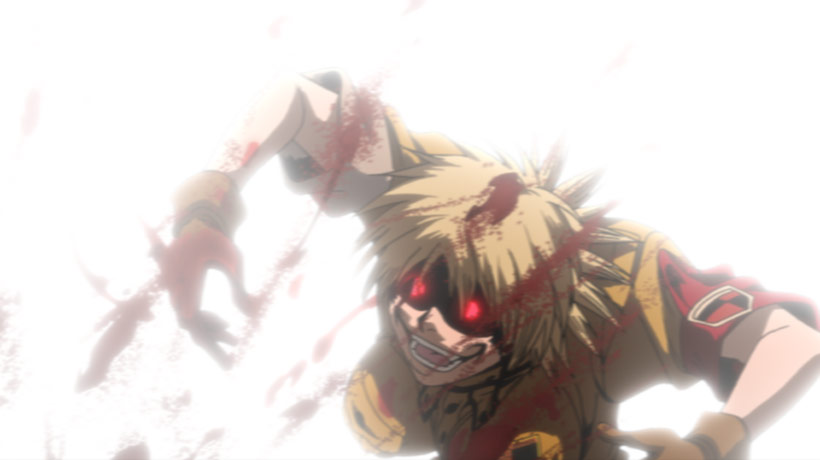 Hellsing Ultimate Complete Series is many things. As a release it features the kind of audio and visuals that justify your home theatre setup, and the production and content achieve what some of the best OVAs in decades gone by did when the anime journey really kicked off in the West. Hellsing Ultimate is challenging, over the top, violent and, interestingly, strangely contemplative given the rise of the far right in Western democracies in recent years. Highly recommended, though be warned it absolutely earns its R18+ rating.