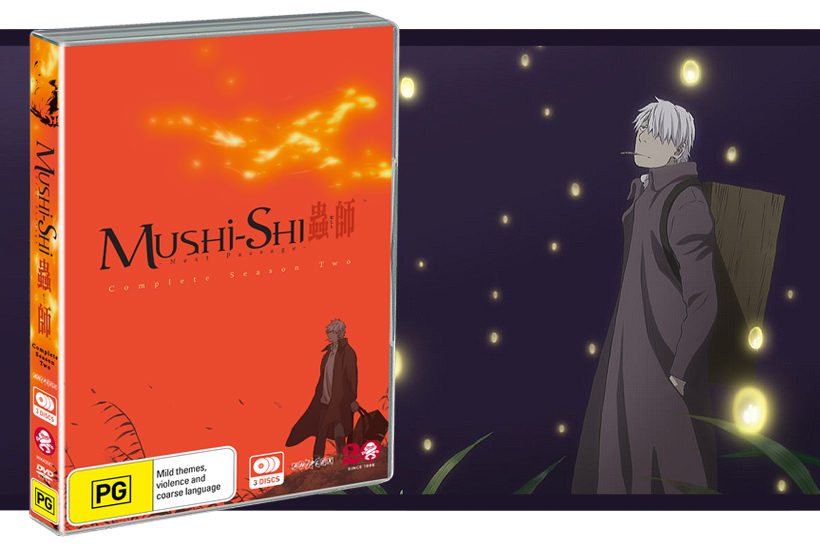 Strange creatures known as Mushi have roamed the earth since the beginning, and have become a regular and disruptive aspect of every day life. However, Mushi can’t be perceived by just anyone, and due to the nature of their existence and variety of abilities, they often cause trouble for people. So it is often left up to the experts in all things Mushi, the Mushi-Shi, to seek out solutions for Mushi related problems. This is the life that Ginko, a wandering Mushi-Shi, leads. Traveling across Japan, Ginko bridges the gap between the human world and that of the mysterious Mushi, as he witnesses the lives of those around him affected by the Mushi and tries to solve the problems left in their wake. 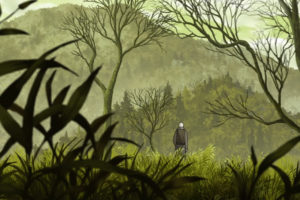 Set between the Edo and Meiji periods in Japan, Mushi-Shi Next Passage is the story of the various people and situations that Ginko comes across who need help with Mushi related problems. Because of the variety of Mushi, these problems have various solutions, some simpler than others. For example, in an episode about a girl being followed by a water creature sapping her energy, the way to dispel the Mushi is simple. The complication arises in the girl’s sense of self worth, and whether she’s willing to save herself when she feels so heartbroken. On the other hand, some episodes contain a lot more mystery, more sadness, or are intensely creepy. I won’t spoil the details for these episodes, but trust me when I say that the mood of each one tends to vary.

There is no overarching story in Mushi-Shi Next Passage. Sometimes there are visual references to things from past episodes, such as similar Mushi, but the most important thing is the individual stories of characters and those don’t stretch across episodes. There is a little bit of backstory for Ginko, but he remains consistently part of other people’s stories rather than the focal point. 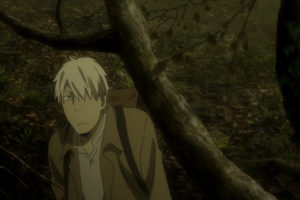 Mushi-Shi Next Passage is a beautiful anime, with stunning background animation and some really clever visuals. The character animation isn’t bad either, with lots of slow and casual movements. It’s not an action anime so don’t expect anything too intense, but that isn’t the show’s nature anyway, and it more than makes up with it with how the environments are rendered. My one complaint would be the constant reusing of character designs. There were multiple times where I would see a new human character introduced that I was 100% certain was in a previous episode, only to find out that they share the same design but not the same name or story. This happens throughout the season, so don’t be surprised when you see multiple characters over and over again. 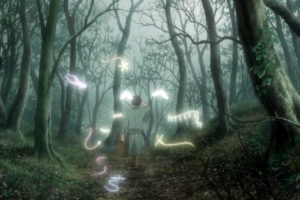 I haven’t seen the first season of the show, but I never felt like I needed to, and at no point was struggling to understand what was happening. There was never a moment where I did not understand Ginko, and despite having missed an entire season’s worth of stories, he never felt any less nuanced to me. But this would make sense, because Mushi-Shi Next Passage is not Ginko’s story, he just happens to be the connecting tissue that brings everything together. Mushi-Shi Next Passage is a special kind of anime that doesn’t come along too often. If I had to categorise it outside of the supernatural or detective genre, I would call it the ‘easy listening’ show of anime. It has a simple exterior with an intensely interesting and well presented core, and a fantastic soundtrack to boot. It’s an easy recommendation.