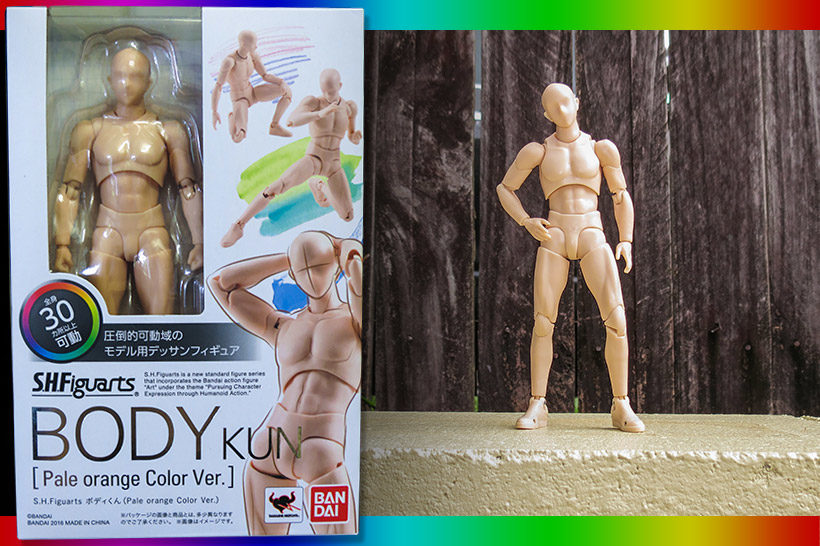 I did a quick look at some artist reference dolls/figurines a while back to see what was on the market, and the Body Kun figures by S.H.Figuarts was by far the most accessible and affordable for most people. You can see the full article HERE. Well they are now available and at a rough cost of $50 to $70AUD they are a pretty good buy, and may be slightly more if you are ordering online from international sellers. Mine came in a bit late, so creating a review may help some people take the plunge and get their very own Body Kun or Body Chan. Also, the photo shoot got adventurous in more ways than one.

THE OPENING
This was about as exciting as opening a box of pringles, but I suppose it depends on how desperately you want those delicious little crispy curved demon snack food and how you feel about Body Kun’s enticing cover pose. Everything is in it’s own shaped depression so there aren’t little hands rolling about in the packaging on arrival. Other than that, it’s neat, compact and light which should keep postage costs down. The Grey versions may be a bit more fancy as there are plenty of extras to be excited about.

WHAT’S INCLUDED
I ordered the standard cream version of Body Kun, the male design as everything else was sold out. He includes 4 left hands and 4 right hands and for each there is a clenched fist, a slightly less clenched fist, open hand and spread fingers hand. There is also a neat little instructions booklet giving guidance on how to move each limb and small parts like the wrists and ankles. Refer to the pictures if you cannot read Japanese, and in the back pages there’s a catalog of the entire range showing both male and female versions with all of their inclusions. I would have been stoked to get the grey version as they have almost twice as many hand designs and come with extras like laptop, phone, gun, sword and a nifty stand/storage base. And yes, they are more expensive but only by about $20-$30 or so, so nothing eye poppingly unreasonable.

INITIAL IMPRESSIONS
It’s a little bit smaller than what I was expecting, but not too small that you cannot move limbs around to get the pose you need, unless you have sausage fingers. After putting him into the silliest and most degrading poses I could think of, it was time to test out some realistic yet difficult poses that the ol wooden mokujin can’t possibly do. First up was sitting on things, which is actually quite easy to get him to balance even on a sloping stapler, then it’s only a matter of creating an expressive or emotional feel with his head and arms. Body Kun had some thinking to do. Next was a sprinters takeoff position which was much harder to balance, but I discovered the legs actually bent much further than I thought they would so I could get him into a full crouch.

The parts are easy to move and generally stay in place once you shift a limb, and the torso moves in a few places too so you can create weight shifted poses as well to give them a more human appearance. If you work at the bend, ball join and angle you can create an incredible amount of poses, but there are still limitations due to it being made of plastic, not pliable/soft materials so places like the hip joint is limited in how high you can raise the leg. The joints are firm in the way they really don’t allow you to bend them in unnatural ways, which helps if you are a beginner in action poses or just trying to get different angles to draw and don’t want that broken back look. As you can see from our garden shoot, he is willing to try anything.

CONS
Honestly there aren’t many, the only real thing I can see as a possible issue down the track is the tiny wrist joint the hands click into. The probably couldn’t make it much bigger for fear of a chunky joint and reducing mobility, but I think with heavy use it could be one of the first parts to wear or break. The head can also do a 360 like the Exorcist, so there’s no real restriction there but common sense will prevail if you are creating a realistic pose.  It can take some working to get things how you want, and he can topple over if you haven’t balanced right, but that’s all in the fun as well. An additional small storage box of the hands would have been good too, they seem like they would disappear frequently if you have a jungle of a desk like mine. The gray version comes with a storage box for all the little nick knacks as there are twice as many.

THE VERDICT
I am incredibly happy with Body Kun as it has pretty much done everything it was originally marketed to do, and the more I play around with poses the more I can see this turning into a staple tool for any manga/comic artist. There are a few action figures out there that have a large range of movements as well, but not many are really marketed to artists or have had the body created as a base  template to have purposeful limitations on movements. I will be searching for a Body Chan so I have a male and female version that I can use for scale or two person scenes (and make them kiss…KIIISSSS). It would be great if they released extra packs down the track with spare hands and other items like alternative weapons. Scale furniture and vehicles are available online already, it’s just a matter of finding the right size.
Some amazing artists have already got their hands on these models, and if the likes of Stanley (Artgerm) Lau don’t make you want to snap one up, I don’t know what will. 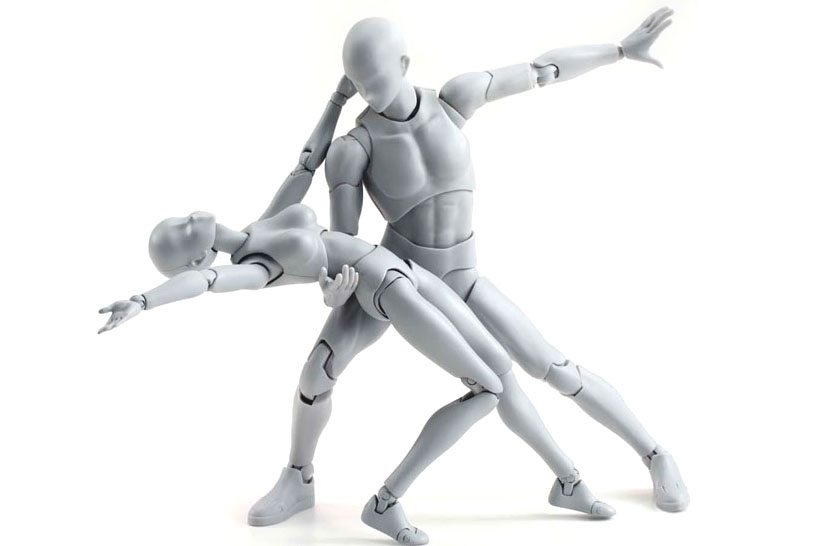 Posable dolls and models for artists 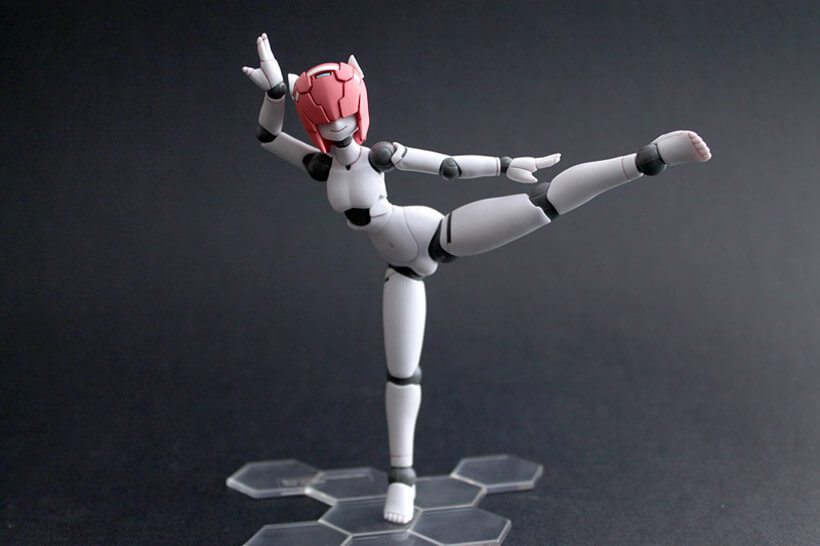