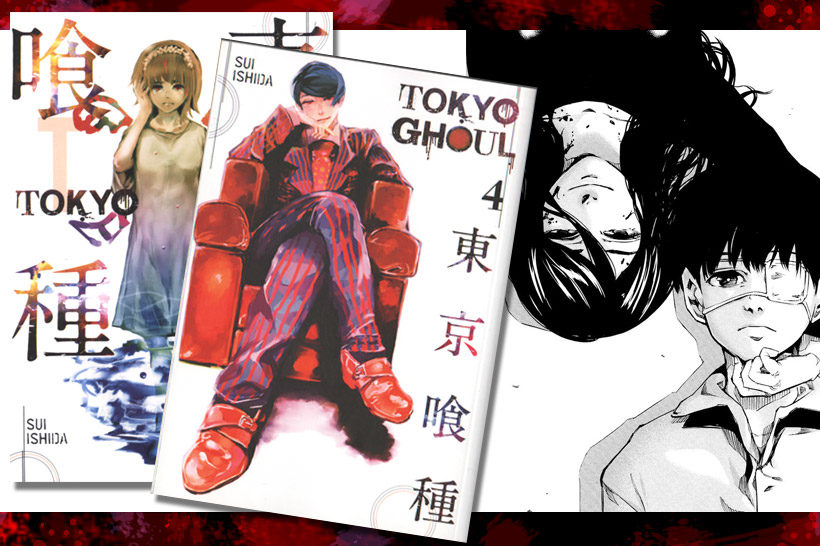 Most manga fanatics are familiar with Tokyo Ghoul by now, and I think it starts to really take off in the 3rd and 4th volumes as the world is a bit more fleshed out, and the initial impression of ghouls beating up on each other and preying on random people in the darkness is scratched away into a much more organised underground scene. Kaneki is also more confident, and beginning to understand his body more with help from Touka and the other Ghouls at Anteiku Cafe. 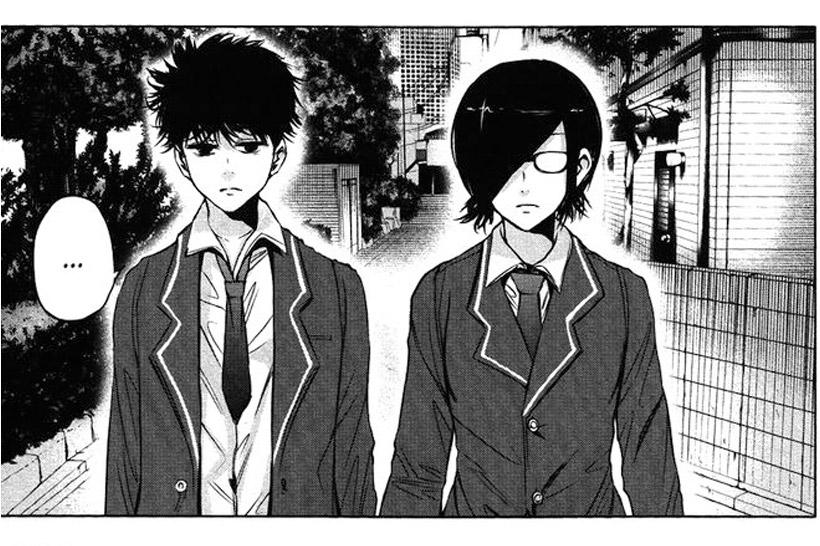 Volume 3 is still reeling emotionally from the loss of Hinami’s mother to the Ghoul Investigators (Doves), everyone is on edge and the almost peaceful life at Anteiku is threatened with more attention being drawn to the 20th ward. Both sides have taken losses, and we get to see as much of the Doves as we do the Ghouls which draws the readers in as you emotionally invest in many characters, not just Kaneki and his group. Tokyo Ghoul does well in revealing little pieces about characters and building your interest in them over time, and even what seem to be side characters are quite developed preparing for the ongoing story. 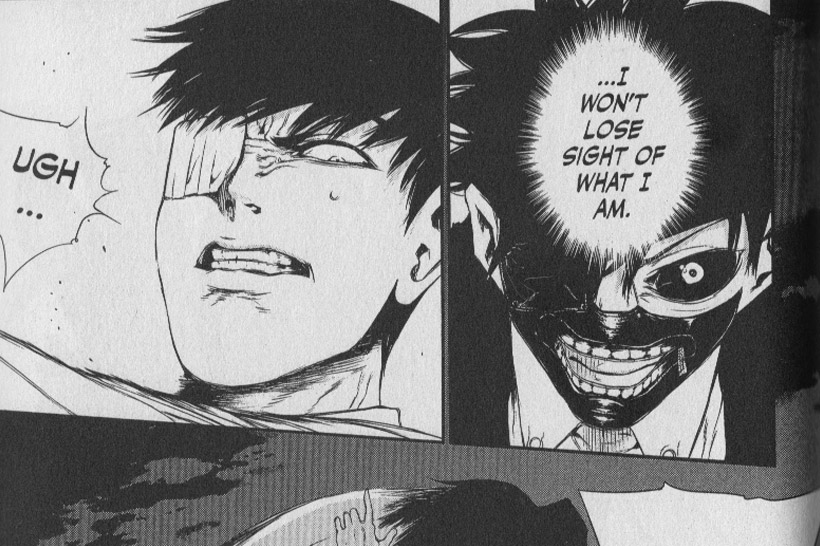 The rest of Chapter 3 is an emotional roller coaster, and Hinami’s grieving is taken advantage of by the Doves as Mado lures her into a trap. Touka fights with her life on the line in order to save Hinami’s, and the Doves ultimate weapon, the Quinque, is revealed in all it’s terrifying glory. After an encounter with Amon, Kaneki starts to see how little each side knows about the other, and as someone stuck in the middle he might just be the only person who can break the boundaries. He decides to embrace his Ghoul side, and ultimately it’s what saves him in the end. You could say this volume ends on a high note, but that’s really only for the Anteiku crew as the Doves loose an important investigator, which fuels Amon’s desire to annihilate the Ghoul population. 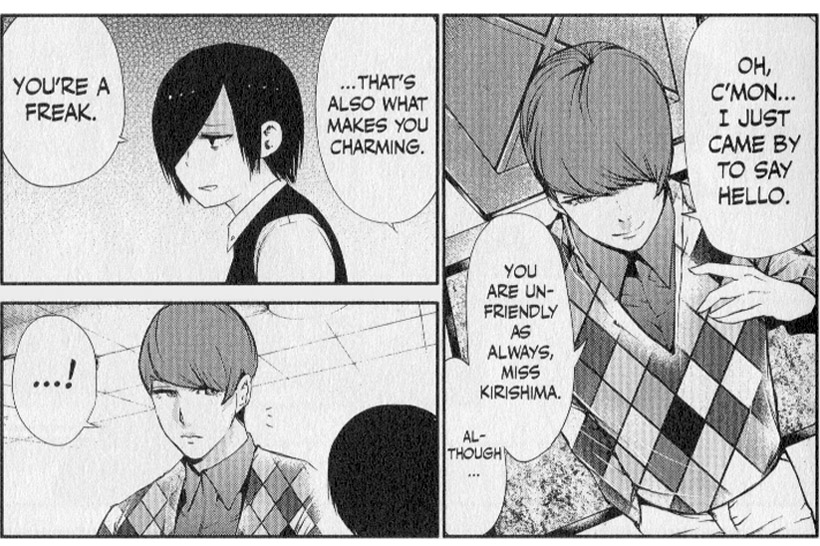 Volume 4 introduces us to Shu Tsukiyama (on Vol4 cover art), a bit of a problematic Ghoul in the 20th Ward who’s know as ‘The Gourmet’ to the Doves. He is quite sophisticated with good manners, and is searching for ever more flavorful delicacies and culinary experiences. Kaneki runs into Yomo one afternoon, and is taken to the 4th Ward and introduced to Itori, a Ghoul that runs the bar Helter Skelter. She is quite happy and friendly and Kaneki learns a few new things about Rize and the ‘accident’ that changed his life. Itori asks Kaneki to get some dirt on Tsukiyama and his Ghoul Restaurant in exchange for more information on Rize. Wanting to know the truth Kaneki agrees. Tsukiyama features heavily in this volume as he plays a pivotal role in things to come, and after spending the day together Kaneki is invited to attend the restaurant as it’s invitation only. Suiting the Ghoul scene perfectly, it turns out the invited guests are the main attraction and the main meal. 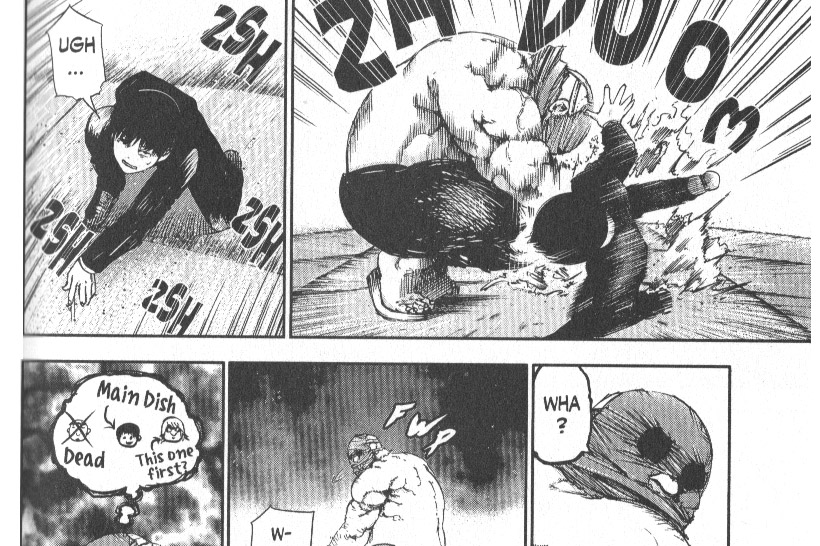 This is particularly interesting as it’s the most Ghouls we’ve seen together at one time so far, and Kaneki is shocked at this sudden outcome, and hey, who wouldn’t be when you’ve got a baby-brained giant chasing you around with a hack-saw. The resolution of Kaneki’s situation actually comes from Tsukiyama, so I am really interested in seeing how they develop from here as you can imagine Kaneki would be pretty wary of him from now on. Both of these volumes have some significant character development and it’s good to see Touka in everyday life away from Anteiku dealing with her human classmates and friends. There are also nice little dips into Yomo, Itori and Uta’s past together which seems like a nice touch at the moment, but it could develop into something bigger down the track. Overall Tokyo Ghoul is churning out a pretty solid story line that drags you in and cranks your brain over the incidents that have gotten Kaneki to the point he’s at now. Who setup the accident? What about the doctor that treated Kaneki and did the transplants? How’s Kaneki going to deal with his friend Hide? I will certainly continue following the series to find out. 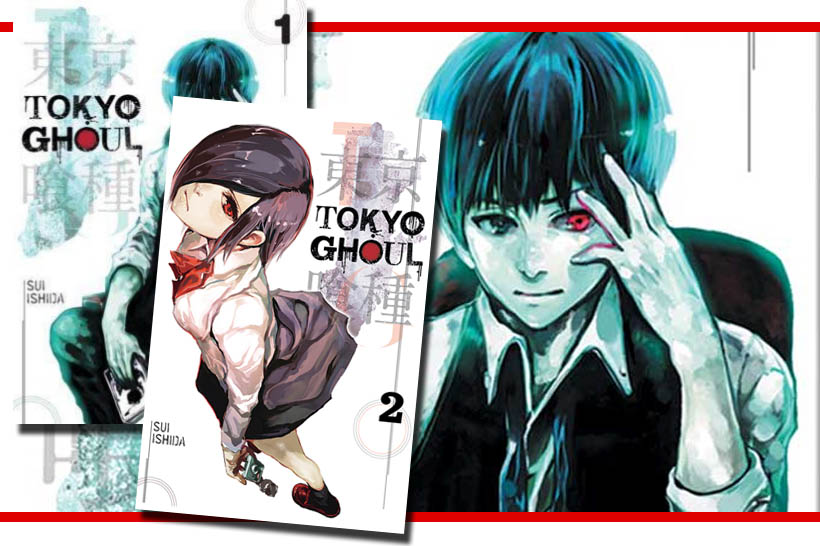 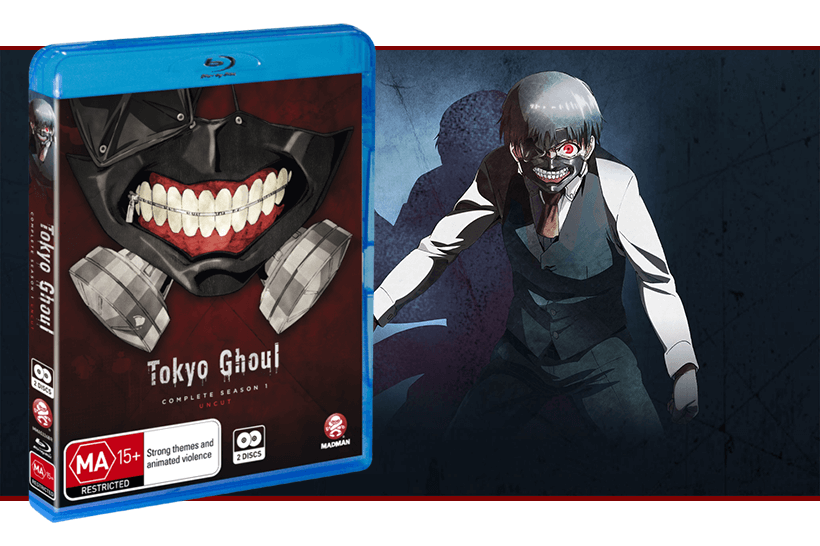