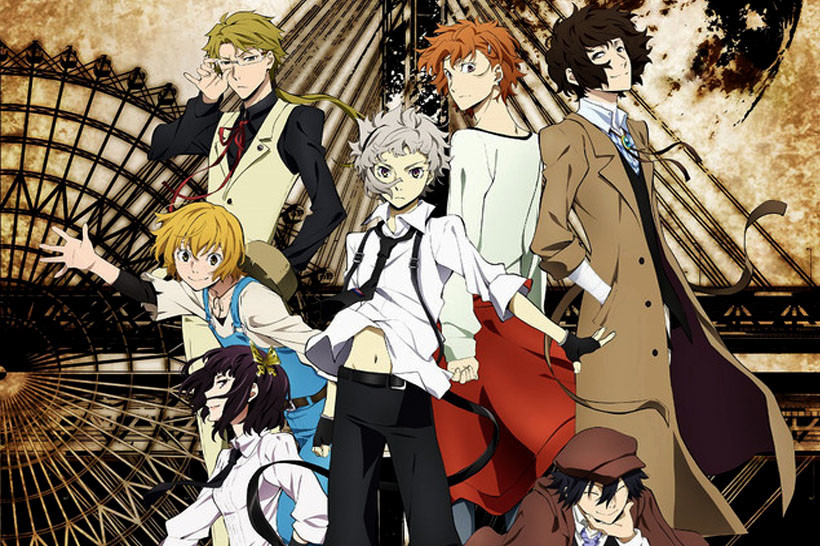 Nakajima Atsushi is currently going through a rough patch in his life. He’s been kicked out of the orphanage he once called home and has been forced onto the street where he is quickly reaching his breaking point. Under threat of starvation, he resolves to mug the next person he comes across. Unfortunately for Atsushi, that person happens to be Osamu Dazai, who is currently floating upside down in the nearby river in pursuit of an unresolved death wish.

After rescuing Dazai and meeting his co-worker Kunikida, Atsushi learns that the two work for a detective agency that employs people with a variety of supernatural powers. The two are currently putting their skills to use by searching for a tige reported to be lurking the streets, the same tiger that Atsushi has been seeing since his departure from the orphanage. After Atsushi confides in them that he has seen the tiger (and after being promised a substantial monetary award) he resolves to help catch the beast. 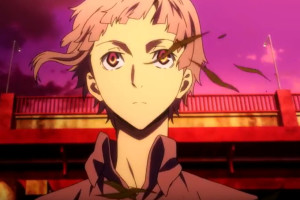 Bungou Stray Dogs is the new release from Bones anime studio, creators of anime gems like Fullmetal Alchemist, Soul Eater, and Space Dandy to name just a few. Stray Dogs is their latest adaptation based on the manga series written by Kafka Asagiri, and they don’t disappoint. The first episode is well paced and humourous, with characters whose supernatural powers are described in the most exaggerated way possible, with names like ‘Not Defeated by the Rain’ and ‘Doppo Poetry’. For the characters that have yet to use their abilities, it allows for some fun speculation and anticipation to have the meaning of their titles revealed. I doubt that the nature of the abilities or why people have them will be a focus of the anime though. Rather, they seem to be a means to an end rather than a plot point. However, the characters themselves are fun and interesting enough that I feel the lack of details regarding their powers and their manifestation or not distracting, at least not yet.

The quickest way for an anime to squirrel its way into my heart is good lines and lighting, which Bungou Stray Dogs delivers in spades. The animation is versatile, and looks good whether the characters are talking or in the midst of action. The first episode opens with a shot of a bowl of food that, while it may not be as vibrant, definitely gave me Studio Ghibli level type food cravings.

Bungou Stray Dogs has an interesting premise and the first episode manages to be intriguing while also being refreshingly light-hearted and genuinely funny at times. I look forward to seeing the series progress and to learning more about Atsushi and the characters part of the detective agency.