Humanity is teetering on the edge of extinction, with 90 per cent of the human population wiped out by dangerous creatures known as the Gadoll. The remaining humans have taken shelter behind the armoured walls of Deca-dence, a moving city and the final stronghold of humanity. The city’s soldiers – known as Gears – venture past the protection of Deca-dence to kill the Gadoll pursuing them, harvesting the creatures for raw materials. Having lost her arm and father at a young age following an attack by the Gadoll, it is Natsume’s dream to be a Gear to achieve peace for her people. However, when it comes times to be given a role, Natsume is instead assigned the job of one of the fortress’ hull washers, under the tutelage of the sullen Kaburagi. But Natsume is not willing to give up her dream, and after witnessing Kaburagi’s skills in a fight against the Gadoll, she begs him to train her. As Natsume’s skills and her friendship with Kaburagi grows, Kaburagi struggles with the secrets he is keeping from her – namely that Deca-dence is an entertainment facility created for cyborgs to fight the Gadoll among the last of humanity using human avatars, and that Kaburagi himself is an exiled cyborg living among the human population. 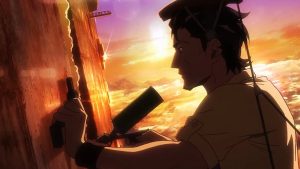 Deca-Dence is an original, and frankly extremely ambitious, anime from Studio NUT directed by Yuzuru Tachikawa (director of Mob Psycho 100). The series is a post-apocalyptic steampunk survival story with a twist, with the series’ titular setting Deca-dence acting as both the final stronghold of humanity, and an entertainment hub for cyborgs to fight in exciting battels against the Gadoll. I struggled with whether to reveal the major narrative twist of Deca-Dence in this review and eventually came to the conclusion that given the twist is quite early in the show (i.e., the second episode) and forms a massive part of the anime’s ongoing story, characters and appeal, it’s something worth talking about that won’t impair a new viewer’s enjoyment. The fact that the Blu-Ray release is also covered with images of the cyborg characters cinched the deal, as it’s a pretty big give away that Deca-Dence is not your average story about humans surviving in a post-apocalyptic world.

I refer to Deca-Dence as ambitious because to deliver its concept and accompanying twist requires a great deal of care to pull off. I can imagine a scenario where the series struggled to strike a balance between the human and cyborg stories and bring them together cohesively, where the worldbuilding failed to make the two worlds believable or engaging, and where the cast of characters could not sustain the series’ narrative or failed to be interesting and sympathetic amidst its overwhelming apocalyptic backdrop. Thankfully, the opposite is true – Deca-Dence is a stunning success.

The protagonists of the series Natsume and Kaburagi are fascinating in how they affect each other. For Natsume, Kaburagi is the mentor she needs to see her potential and help her to realise her dream, and someone who becomes a dear friend as the episodes progress. For Kaburagi, Natsume is an outlier – an equation beyond his experience as a cyborg that flaunts the rules he has observed up until this point to be absolute. Her persistence and very existence makes him want to live – and question the morality of using Deca-dence as a cyborg entertainment centre while so many humans suffer for it. It is this relationship between two people from different worlds struggling together for a better life that is the heart of Deca-Dence. 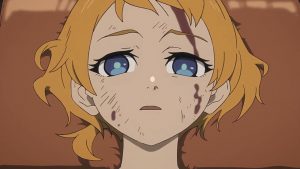 The worldbuilding in Deca-Dence is top tier. From the very first episode there is a palpable sense of how the people residing within Deca-dence live, how their different roles support the functioning of the walled fortress they call their home, and how fighting the Gadoll is necessary not only to protect themselves but to gather the raw materials they need for survival, including the substance oxyone – a substance needed to fuel Deca-dence. The backgrounds also do a lot to support this worldbuilding. They feel lovingly rendered, masterfully depicting in shorthand how the fortress functions, and the culture of the remaining human population – including the place where they live, eat learn, work and relax. The effect is a real sense of culture and belonging that clearly shows the people and the homes Natsume wishes to protect and why her dream to make a peaceful world for her community is so important.

The cyborg world is similarly crafted, in that the series has taken a lot of care to depict the systems and society that comprises it. The cyborgs use Deca-dence and the continent it roams as a physical simulator battle experience, creating humanoid avatars to interact with the remaining humans and fight the Gadoll. Their society is heavily focused on entertainment and capitalises the power source the cyborgs require to function – oxyone – by having cyborgs fight Gadoll to collect it via the Deca-dence battle simulator. The gamification of fighting the Gadoll has resulted in leader boards listing the best players and those with the top scorers gaining fame and popularity. One of my favourite details in the series that rings true to playing games and hints towards the true nature of Deca-dence is that the cyborgs’avatars really look like characters created on a character creation screen – compared to the human residents of Deca-dence, they have multi-coloured hair, strange clothes, and blue and green skin colours – it’s a really fun detail in retrospect.

This gamification of the cyborgs fighting the Gadoll creates a brilliant juxtaposition between the human world of survival and the cyborg world of entertainment. The viewer witnesses this dichotomy play out often, but it is best exemplified following a fight with the Gadoll that sees the cyborgs celebrating the equivalent of a well-played raid while the few human Gears grieve their fallen comrades who did not survive the battle. The juxtaposition creates a sense of dramatic irony and tragedy that is really engaging, and Deca-Dence continues to intertwine the stories of its human and cyborg characters and the effects they have on each other as it shifts between worlds and perspectives to tell its narrative. 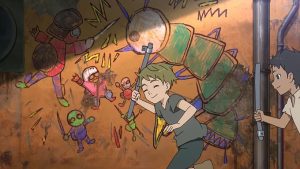 Deca-Dence is bold, fun, passionate, and delivers upon its eccentric premise with astonishing flair and polish. I had so much fun with Deca-Dence and have already recommended to multiple friends that they add it to their to watch list, and will continue to do so for quite some time. 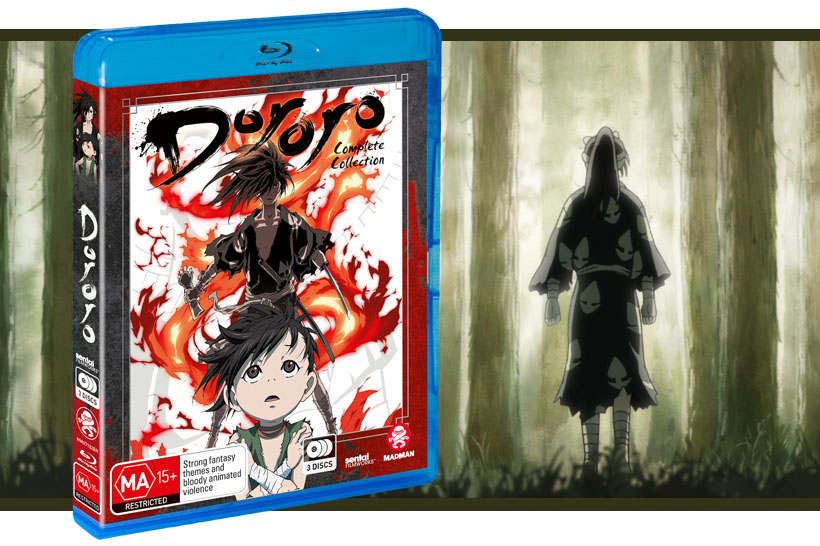 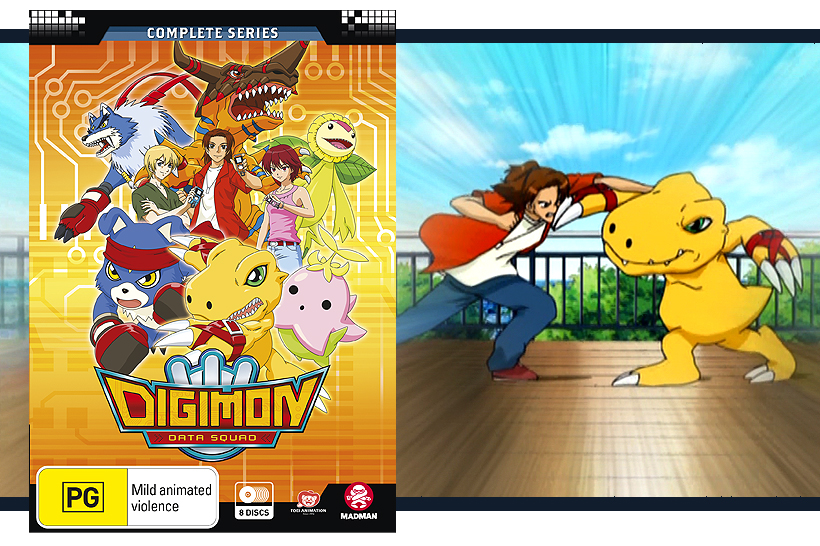