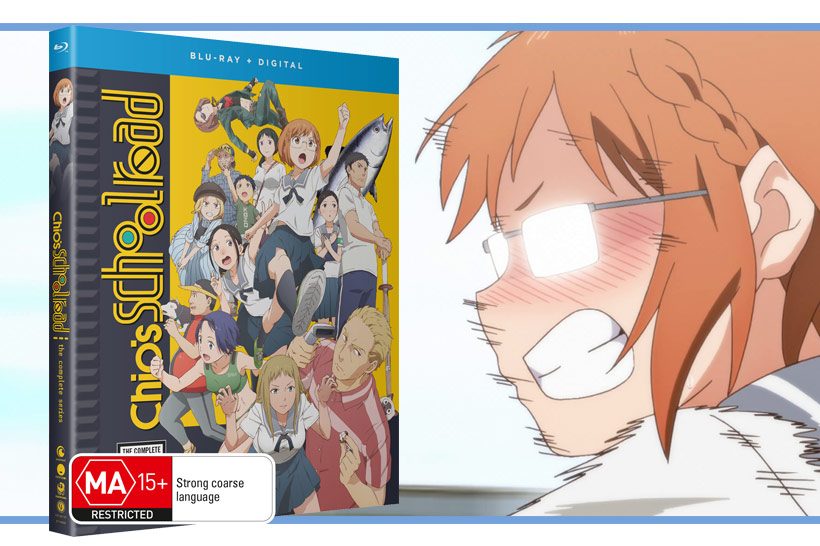 Chio’s School Road sets itself an odd challenge – create a whole series based on walking to school in the morning. On the surface this seems daft given how boring and uneventful the daily run to school can be, but constraints can also be a great stimulus for creativity and we have that in spades with this series.

Chio’s School Road is, unsurprisingly, helmed by Chio Miyamo. As a high school student and natural introvert, Chio is passionately pursuing a life of being below-average in the greater scheme of things. Her life goal is to not stand out from the crowd and cruise under the radar wherever possible. When she’s not busy avoiding being in the spotlight she’s otherwise obsessed with video games (especially Western-developed ones) and getting up to stupid pranks with her best friend Manana. 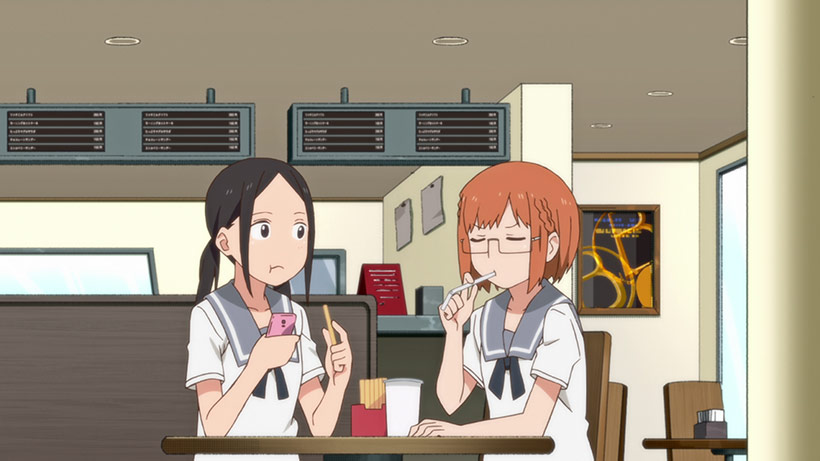 Each episode of Chio’s School Road invariably involves these two friends along with some additional peripheral characters walking to school. However, where the daily commute should be ordinary, all sorts of odd hijinks ensue. From Assassin’s Creed rooftop runs, clashing with motorcycle gangs, sugar rushes and recovering from all-night gaming sessions, there’s a huge variety of events that happily trots between believable and absurd.

Chio’s School Road as such is an interesting adaptation. Rather than drawing out each trip to fill a 20-minute block, every episode contains 2-3 self-contained stories with a little broader continuity every now and again. This generally keeps the pacing tight which really benefits the format. It also helps sustain the energy through some of the crazier episodes and doesn’t leave it feeling a little overdone. This is similar to how one of my favourite absurdist anime series’, Di Gi Charat, always worked best under tight running time constraints and seemed to struggle with maintaining momentum in longer episodes. 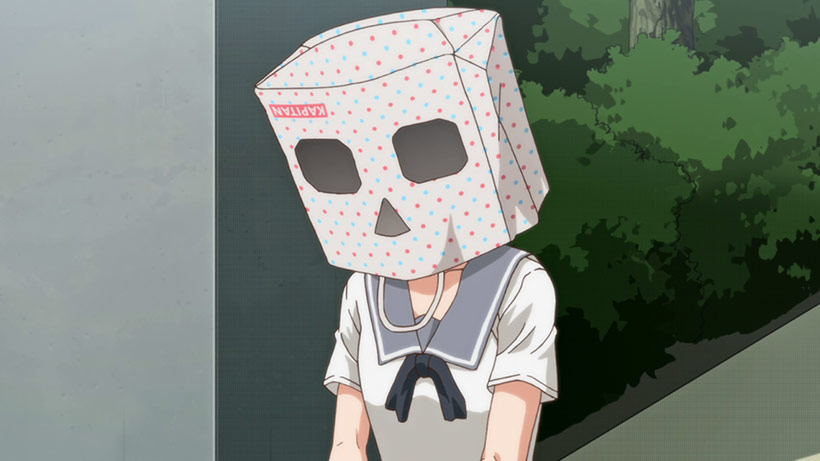 There’s a bit to digest with the cast too. Despite the silliness of it all, Chio’s a genuinely funny and interesting character, entirely flawed and generally pretty self-aware. Her relationship with Manana on the surface seems all about pissing each other off, but there are those occasional moments where it dives deep into how strong their friendship is and adds some surprising depth that makes their interplay feel quite natural in contrast to the unnatural situations they find themselves in.

The extended cast are interesting as well, though it’s somewhat problematic in some areas. Andou is introduced early on when he gets blitzed by Chio who bluffs him into thinking she’s an international gangster and becomes a recurring character infatuated by her. Where this gets a little problematic is the age difference – while it’s never explicitly stated, given he’s older and not in school it can come off as a little creepy assuming he’s not a high school dropout. 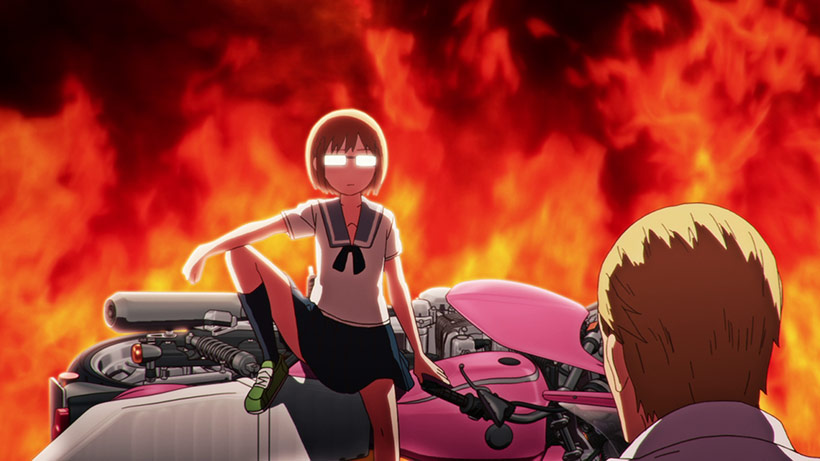 One of the other recurring characters is Madoka. She’s in her final year at school and captain of the Kabaddi Club, and according to the internet, Kabaddi is a thing (the more you know?!). During the series Madoka comes to the realisation that the reason she’s so passionate about the sport is the person-person contact she has with other girls and coming to terms with her sexuality. Where this could have been explored as a genuine moment of self-affirmation at working through these feelings and helping to work through a sexual awakening, the story instead puts her into the mould of a predatory lesbian which really undermines how Chio’s School Road manages to get a few deeper themes bubbling under the surface.

Admittedly it may be reading a little too much, but there’s arguably a little commentary running through here. The impact of Andou’s antisocial behaviour and life choices to lead a motorcycle gang has left him chasing bits of casual work here and there instead of studying or gaining steady employment. In a macro scale, missing the school – university – corporate escalator in Japan results in significant impact in the long term for individuals and we see this with Andou in the first instance, but elsewhere as well with salarymen falling from grace in the corporate world being unable to maintain the social expectations or rebound from work/life burnout. Adult male characters are often reduced to simplistic representations of masculinity, floating between outright arrogance and completely unable to function in the presence of a female character; in both extremes, these characteristics are leveraged by Chio’s ingenuity to succeed in her goals to make it to school on time. 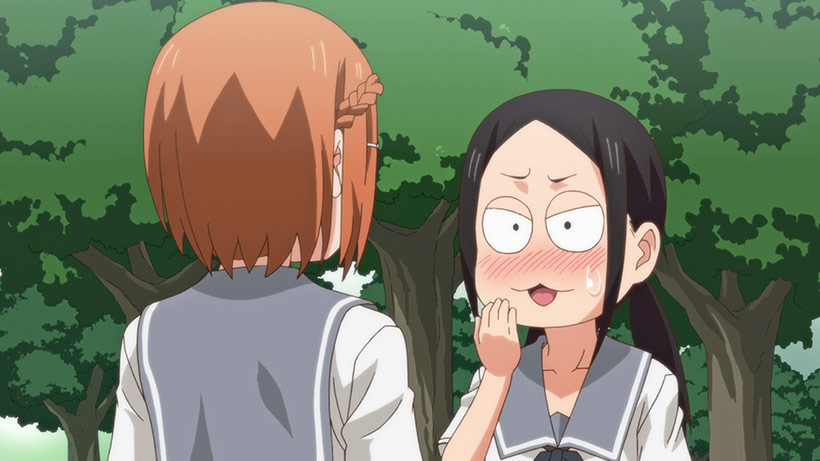 Moving into the peripheral characters, Chio’s unapologetically into her hobbies and coasting by, in many ways pushing against a number of stereotypes that females characters in anime often fall under. The banter between her and Manana is often nonsensical and is not designed to push a larger fiction. It’s often awkward, useless chatter but feels engaging as a result. Manana pushes back against the stereotypes as well, which delivers an interesting contrast to the popular girl in class, Yuki, who favours more of a stereotypical trope but still asserts her independent despite some unnecessary objectification. Even the class rep, Momo, who is generally tied up as the moralistic head-student character has a few choice scenes where they delve a little harder into her daily grind.

But then there are numerous runs that undermine the cleverness. Chio’s School Road definitely won’t pass the Bechdel test with flying colours, and the smatterings of fan service ranges from unnecessary jiggling to a few too many crotch shots. These aren’t deal-breakers by any means, but they do undermine the argument above that this anime is secrectly a subversive discussion on contemporary Japan. It isn’t, but with a brain that clearly hasn’t let go of my undergrad fascination with film theory and enjoys to over-analyse things, there’s enough in here to qualify it as an interesting mash of ideas.

In terms of the Blu-Ray release, Chio’s School Road is a pretty standard package with bilingual audio, great encoding and minimal extras. As in, just the usual array of trailers and creditless ops/eds. It’s nothing exceptional, but the core elements are in there and, for me at least, that’s the most critical part. 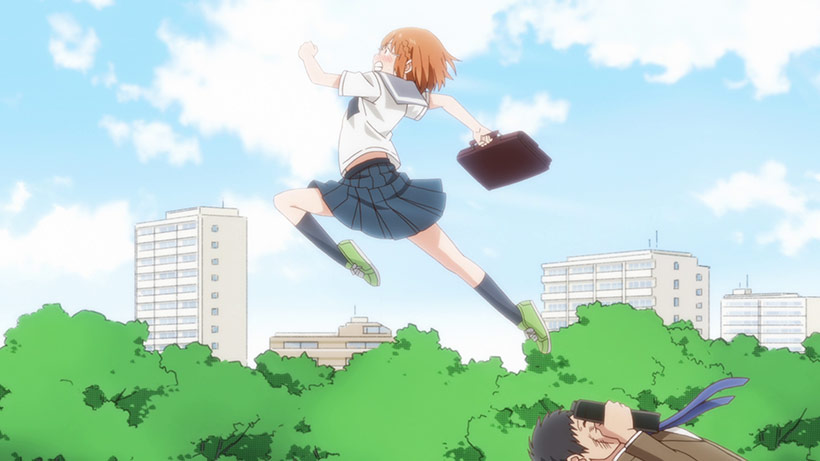 Chio’s School Road fluctuates between inane silliness and the occasional moments of social commentary (real or imagined depending on your perspective). It’s an accessible series no matter your context with its faults resting on a missed opportunity to drive a little beyond the occasional stereotype and reign in the fan service a little. Highly recommended if you like comedic anime that focuses on the slice of life side of things with a touch of hyperbolic insanity. 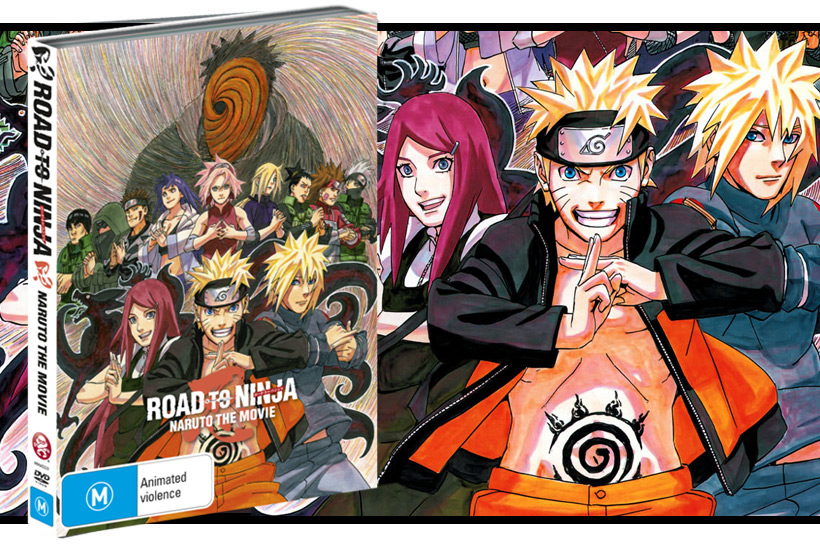 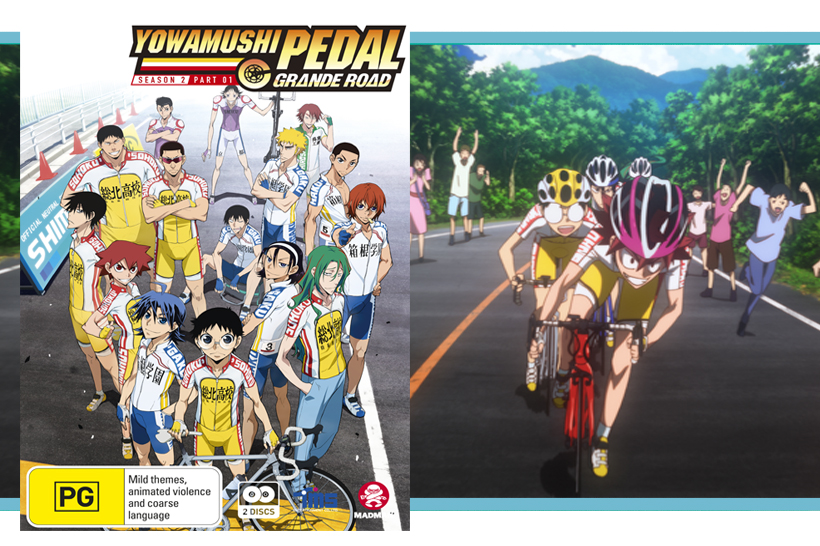