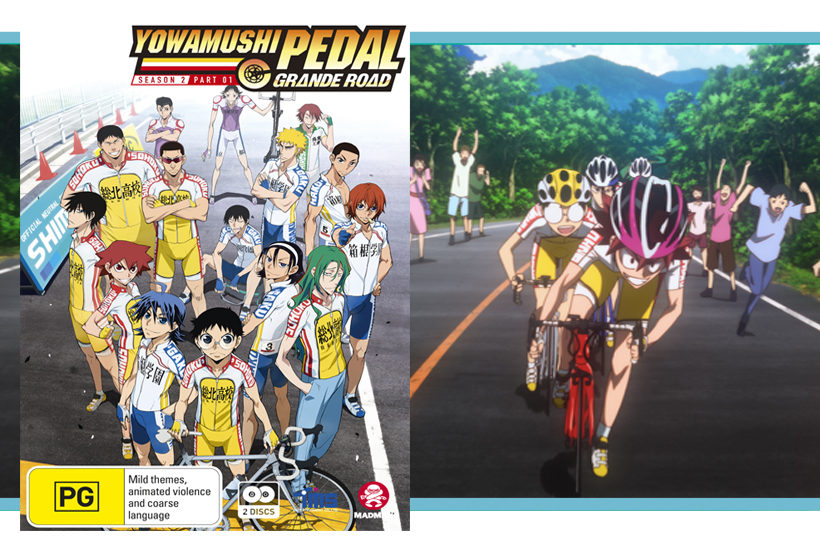 The fight for the Inter-High championship continues in season two of Yowamushi Pedal Grande Road. After an intense second day of racing, the teams take time to rest and recuperate. Hakone Academy prepares for the final day of racing while the Sohoku team third years spend a quiet moment contemplating what will be their last race together. But the teams don’t get too long to rest on their laurels, as day three of the Inter-High approaches, bringing new struggles and bigger challenges in the form of the Hiroshima Kureminami Technical High School bicycle team. They’ve kept a low profile so far, but the Inter-High’s rules are simple; regardless of who has won the previous days, the one who finishes first on the third day wins the championship. Can the newcomers snatch first place? With the drive to humiliate Hakone Academy, and the will of the unified pack of cyclists behind them, anything is possible. 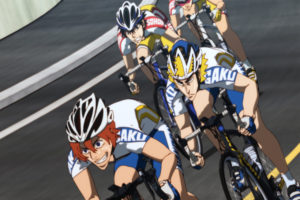 The first three episodes of the season resolve the second day of the Inter-High race, focusing on the aces and their assistants as they compete for first place on the second day. It’s not all a mad dash to the finish line however, as a good portion of these episodes focus on the Kyoto team, especially the team’s ace Midousuji, including his relationship with his family and how he became involved in road racing. These Midousuji focused episodes were full of development and were really enjoyable as they added to his background without detracting from the intensity of his current personality. I feel like it would have been too easy to attempt to completely redeem Midousuji, but the series instead humanizes him without removing his strangeness and antisocial personality. 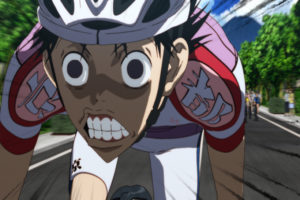 When we finally get to the third day of the championships a new set of characters are introduced from Hiroshima Kureminami Technical High School. Aside from the team ace Machimiya, none of the characters are fleshed out much. I also wasn’t fond of Machimiya  as a character, and not just because he is creepy (and not in an enjoyable way like Midousuji), but because he physically harasses the Sohoku team manager and the team ace Kinjou during his introduction. The series later attempts to redeem him with a flashback episode, but it just doesn’t work given that Machimiya has very few redeemable qualities.  The best segments involving the Hiroshima ace  were the short comedic bits at the end of each episode, which gave him and his team a little bit of humanity that was otherwise lacking in the rest of the episodes. The Hiroshima team provided an interesting enough threat, but were overall underdeveloped and nowhere near as interesting as the Kyoto team, who performed the same antagonistic role more effectively.

As the episodes continue and the racers get closer to the final goal, teams start to break up as competitors get tired and fall behind. It’s played straight for the most part, until the more naive members scream bloody murder the moment a teammate falls behind. I’ve loved Onoda’s genuineness for the most part, but his wide-eyed distress at leaving people behind as they ran out of stamina wore thin the fourth time around. 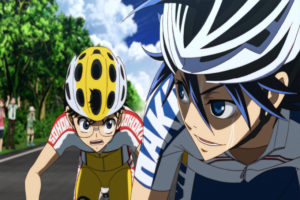 If you liked the first series, Yowamushi Pedal Grande Road shouldn’t disappoint. It’s more of the same, but without being too repetitive outside of the Hiroshima team trying to re-enact the threat the Kyoto team presented, and 400km of a race on average taking up three episodes. Despite a massive cast there’s still time for the Sohoku, Hakone, and Kyoto team to have their moments. Some characters get priority over others, but it’s still a good balancing act given the size of the cast. I’ll admit, I’m impressed that I’m still invested in ‘that bicycle anime’, given that the Inter-High competition has spanned over 30 episodes. The end is in sight and the race is heating up, and I’m still hanging on the outcome. The series deserves respect for that alone. 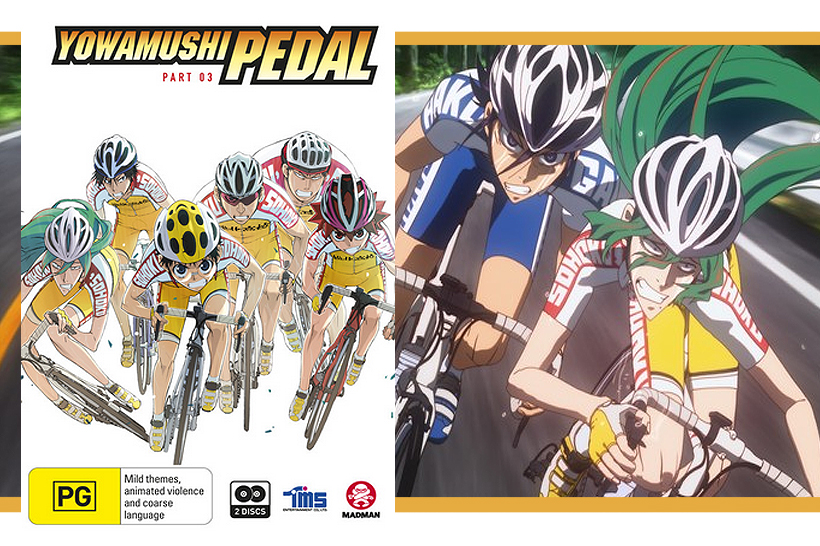