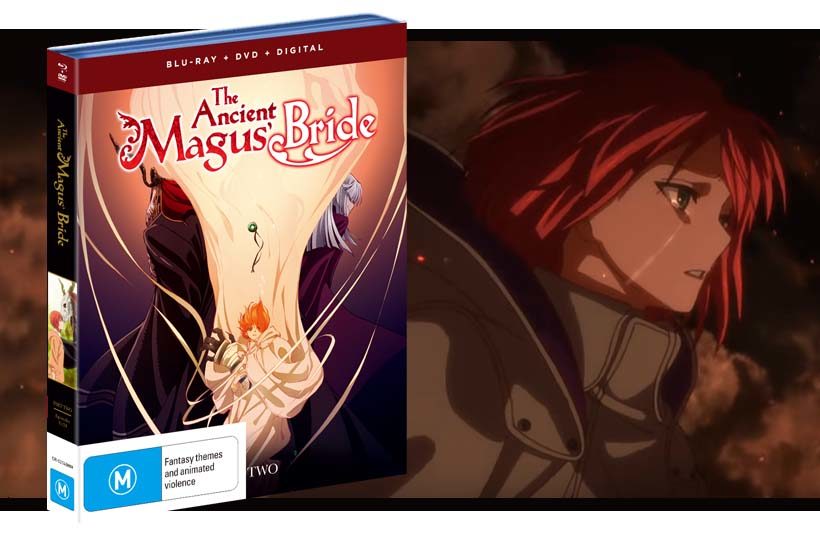 As Chise settles into her life as Elias’ apprentice and possibly his future bride, magical beings continue to meddle in her affairs. Drawn to her magic as a ‘Sleigh Beggy’, Chise must contend with creatures that would try to use her, and an innate magical talent that drains her each time she uses her powers. Amidst Chise’s own struggles, things escalate when some dragons under the protection of their caretaker, Lindel, are captured by the twisted Cartaphilius. In their search for the dragons, Cartaphilius’s true intentions are revealed and Chise and Elias’ bond is put to the test in the aftermath of a rescue attempt that has unintended consequences for Chise. 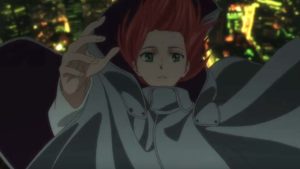 In my review of the first part of the series, I praised The Ancient Magus’ Bride for its sense of reality, interesting relationships, and the way it balanced its fantasy, comical, and dark aspects. I also enjoyed the series’ depiction of a found family, and the familial relationships Elias, Chise, Ruth and Silver had created together towards the end of the first 12 episodes. In terms of The Ancient Magus’ Bride – Part 2, most of my feelings remain the same; the best parts of the series still involve exploring the relationships of the main cast and the ways they care about each other, and the tone is still relevantly consistent. Where my opinion differs is how the last twelve episodes struggle to remain as cohesive as the previous entries into the series and a general lack of delivery in terms of established concepts and conflicts. 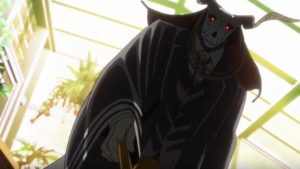 While Ancient Magus’ Bride – Part 2 starts out with the series’ usual charm as the gang shear some woolly bugs infesting their house, the episodes quickly become disjointed. The end of the first episode introduces a conflict with the appearance of Ashen Eye, an ancient fae who transforms Chise into a fox. It is an enticing premise, which is unfortunately solved in the next few minutes of episode two. This is the beginning of a new trend in the series: conflict is introduced at the end of the episode and then immediately resolved at the beginning of the following episode. It also introduces the trend of Ashen Eye randomly popping up throughout the narrative to be a nuisance with no clear motive and none of the charm, danger and intrigue of Cartaphilius, but that’s another issue altogether. This introduction and swift resolution of conflict occurs for a majority of the episodes in the Ancient Magus’ Bride – Part 2, and it is a real shame because the premises are genuinely interesting but so short-lived. Fortunately, the show takes a turn for the better once the issue of Lindel’s captured dragons is introduced and the episodes begin to focus on specific plot threads and resolving specific conflicts. The later episodes involving Cartaphilius are especially good, as we get to see some more of Chise’s past and experience a tonal shift that really sinks its teeth into the setting and increases the show’s feelings of dread and urgency. 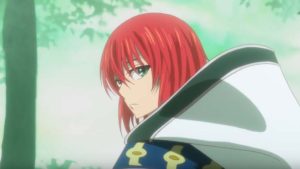 One of the strongest aspects of The Ancient Magus’ Bride is its cast of characters, to the point where I was genuinely pleased each time a character from The Ancient Magus’ Bride – Part 1 made an appearance. Highlights include an episode on the Leanan sídhe enamoured with a local man who tends his rose garden, more time focused on apprentice sorcerer Alice and her friendship with Chise, and appearances from other fun characters like Titania, Oberon and Lindel. However, despite the show’s great cast and layered depiction of relationships, I was disappointed that The Ancient Magus’ Bride – Part 2 did not address the issue of the co-dependency between Chise and Elias that was set up in part one of the series. There is a brief moment where Elias’ possessiveness of Chise was explored, but unfortunately its resolution was not particularly satisfying and those involved quickly moved on once the immediate problems was solved. It is unfortunate that while The Ancient Magus’ Bride does not mind acknowledging the challenging aspects of Chise and Elias’ relationship, it is not particularly interested in exploring them in depth. But despite this, their interactions are generally interesting and quite fun to watch as they navigate their relationship, teach each other about the world, and have their bond tested as the narrative progresses. 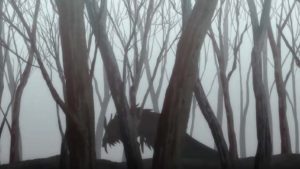 The Ancient Magus’ Bride is a fine anime, with a part one that sets a high bar and a part two with the same charm but slightly less cohesion. The world is engaging, the characters equally so despite some characters (Ashen Eye) who were more of a nuisance than an enjoyable presence and a few character arcs that I was personally disappointed were not explored further. That being said, the story of Chise, Elias and their family is a memorable and enjoyable fantasy narrative, and its few shortcomings can be overlooked for what is an overall excellent experience. 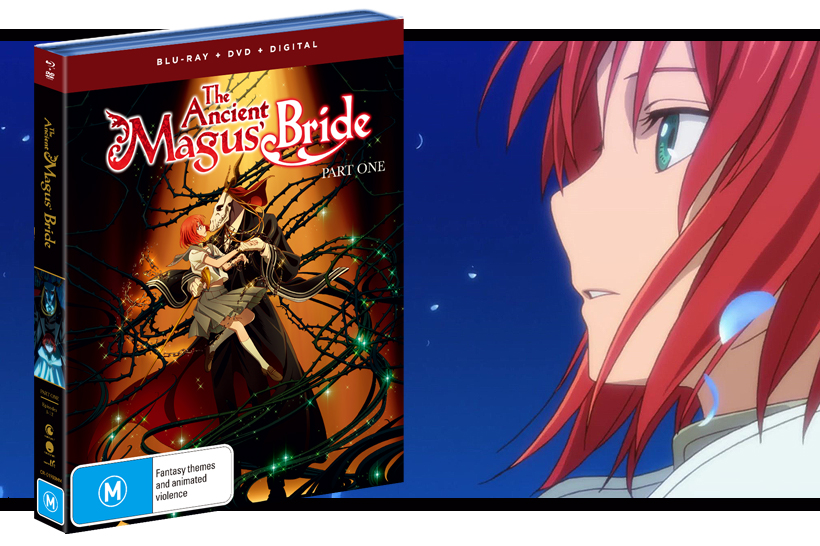