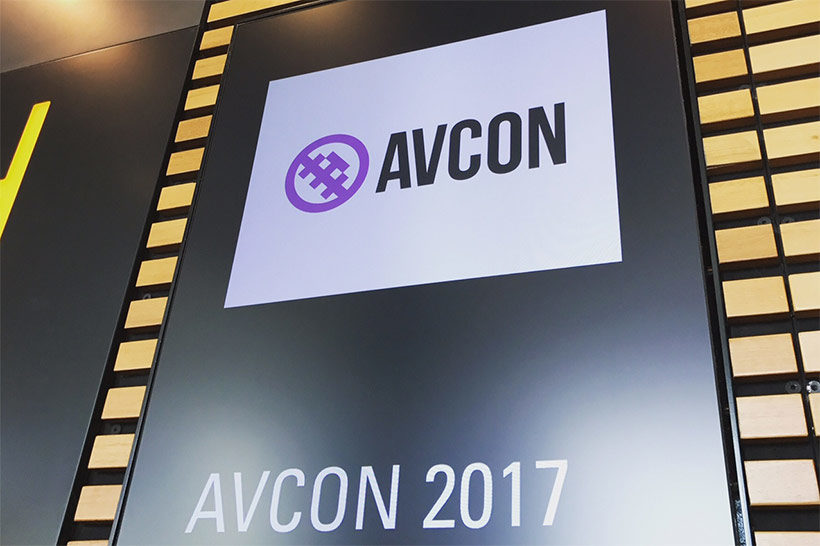 Inferno and I were fortunate to attend Adelaide’s annual AVCon excitement last weekend and had a chance to chat with attendees, visit stalls, take photos and check out what was on show for this year’s convention.

As the name implies, AVCon is all about celebrating anime and video games. This means we get a really interesting mix of stuff to check out. For anime fans there’s a variety of rooms cordoned off for screening anime from the various Australian distributors, including Madman, Hanabee, Siren Visual/Glass Doll Films and Crunchy Roll that cycle through all sorts of stuff over the course of the day. Previous years when we’ve attended this has provided a great chance to check out some new anime in a communal setting, and while we had the best of intentions to do likewise this year, we ended up getting distracted with so many other things we didn’t get a chance to take a breather! 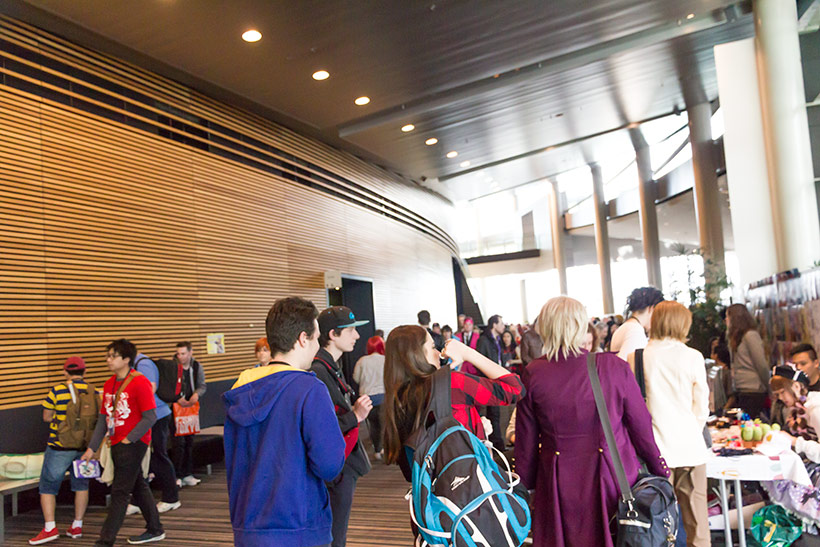 In line with other major nerdy conventions there was also a slew of special guests flown in to spend some time with the audience. For 2017 we had Steve Downes (aka Master Chief), Jen Taylor (y’know, the voice of Cortana in Windows 10!), Quinton Flynn (amazing roster of voices from the gaming industry) and Chris Pope (known to me as the delightful person bringing back the nostalgic awesome with Guys From Andromeda, but he has an impressive resume of other gaming related achievements under his belt). The panel rooms were also extremely busy with coverage of games and anime, though one of the big recurring themes was all about cosplay with a stack of presenters on hand to share their experience with like-minded otaku. 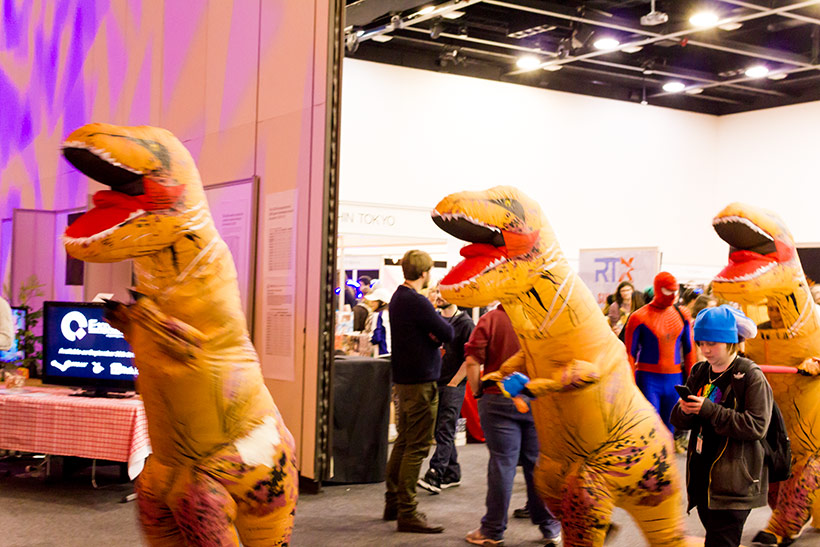 Which of course brings up one of the really impressive ways AVCon has developed over the years – there were some spectacular cosplayers hitting the convention floor this year (we’ve captured a small sample below), and we’re very thankful for everyone who was patient with us as we juggled cameras and smartphones trying to capture as much as we could (and tagging in as many of you on social media as possible!). Honestly, we ultimately ran out of time and what we managed to snap was only a sample of the huge variety of cosplay on display, and that’s not counting the comps happening during the convention, including the Madman National Cosplay Championship session. 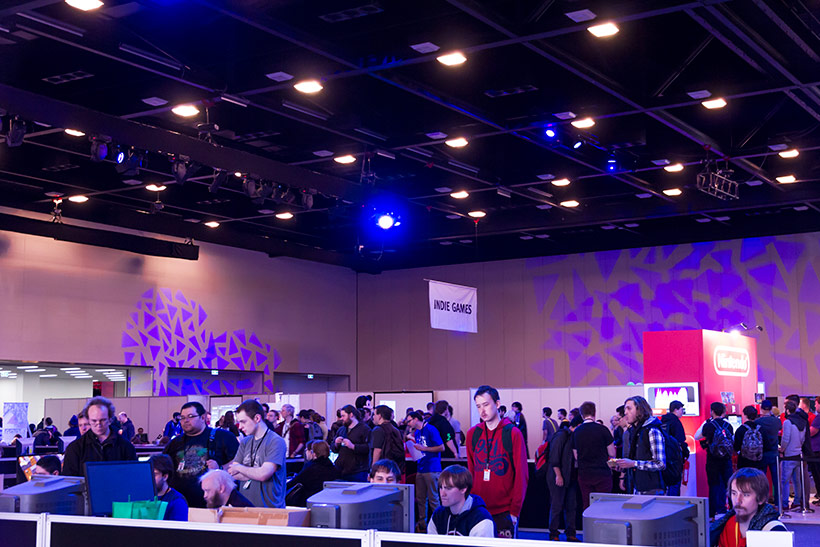 Moving onto gaming and it was an interesting mix this year. Nintendo had an impressive booth showing off Splatoon 2 and Pokken Tournament DX on the Switch. Lines dominated both and it was really cool to see such a major player bringing their presence to the show floor. There were other sections geared up for console and LAN gaming, stages setup for speed running and fighting game arenas featuring the recently-released Tekken 7. I’m still lamenting the absence of a bank of arcade cabs running Tekken 7 or Street Fighter V similar to the amazing Ultra Street Fighter 4 setup from 2014 (something I discussed in the 2015 and 2016 writeups), hopefully we’ll see this crop up again in the future. 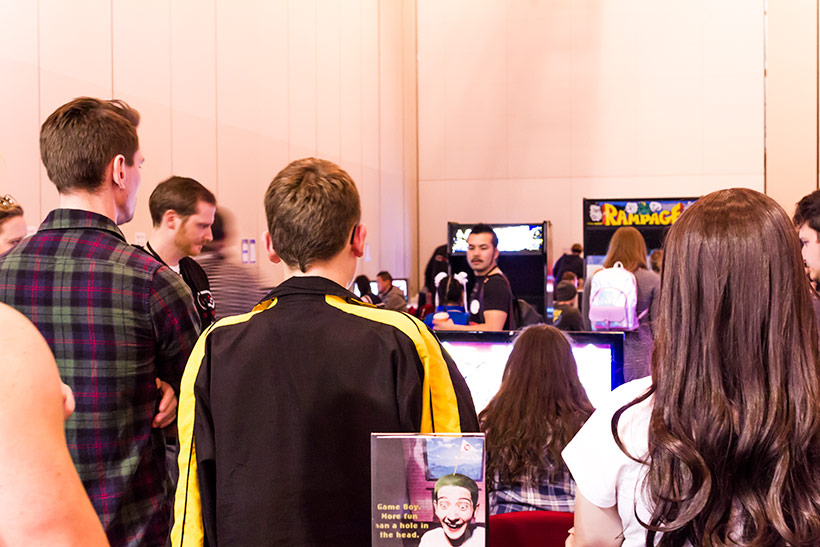 Speaking of arcade cabinets, Retrospekt were back once again and smashed it out the park. Featuring their usual (massive) selection of retro consoles and vintage computers, there was a flurry of pundits rushing through to relive their youth and get into some classic games. What was super impressive was the added presence of some selected arcade cabinets from Gameroom Essentials, which saw us nerding out over the colour vector masterpiece Space Duel and, crucially, jumping onto a 4-player original LAI dedicated TMNT cabinet! I decided to have a go at the Capcom mystery fighting game tournament to show off my scrub skills while we were there – great fun, and another excellent show from the team at Retrospekt. 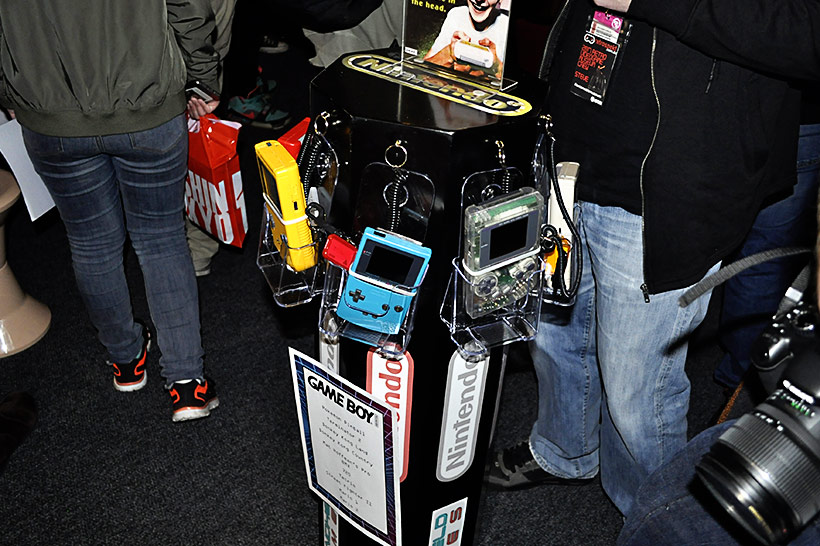 As usual the exhibitors space was packed with a variety of new and familiar stalls selling wares from cosplay, armoury gear, merch, DVDs and blu-rays, manga, graphic novels, as well as a number of associations promoting libraries, cultural exchange, university associations and, of course, Team AVCon. Inferno and I decided to err on the side of caution and didn’t go too crazy with our respective credit cards, and it was great having the chance to catch up with people we’ve known for a number of years in the anime and gaming community. 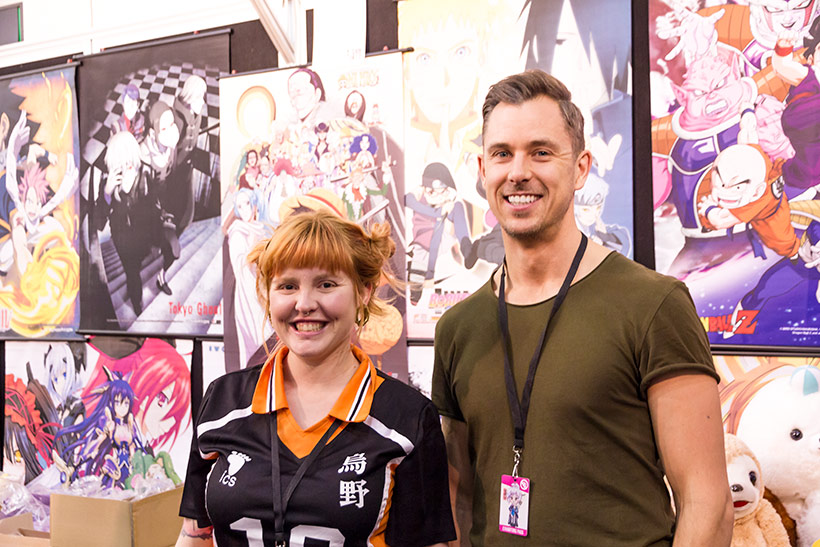 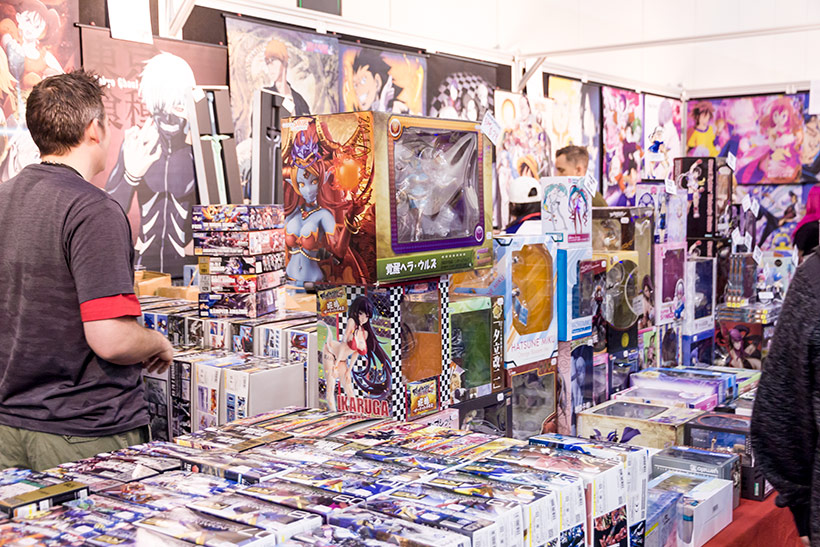 In the spirit of the event, and because they were open on Saturdays, we made the sensible decision to head over to Leigh Street to smash out some awesome ramen at Ajisen. Needless to say it was absolutely delicious – I daresay we’ll do likewise next year!

Altogether we had a really amazing time at AVCon 2017 – the team did an excellent job, and while the crowds weren’t quite as maddening as we were expecting, looking back we didn’t really take a moment to stop and breathe aside from the lunch run. We’ll be looking forward to see what the team have in store for 2018!

We’ve got the full cosplay gallery below, but this year we also added a slew of photos and live video feeds from the show floor to our social media channels. Be sure to check out the posts on our Facebook page and Instagram from Saturday 22 July 2017 for even more nerdy stuff!

Want to get your social media or website plugged? Drop us a line on Facebook or Instagram and we’ll add in a link to your respective profiles. 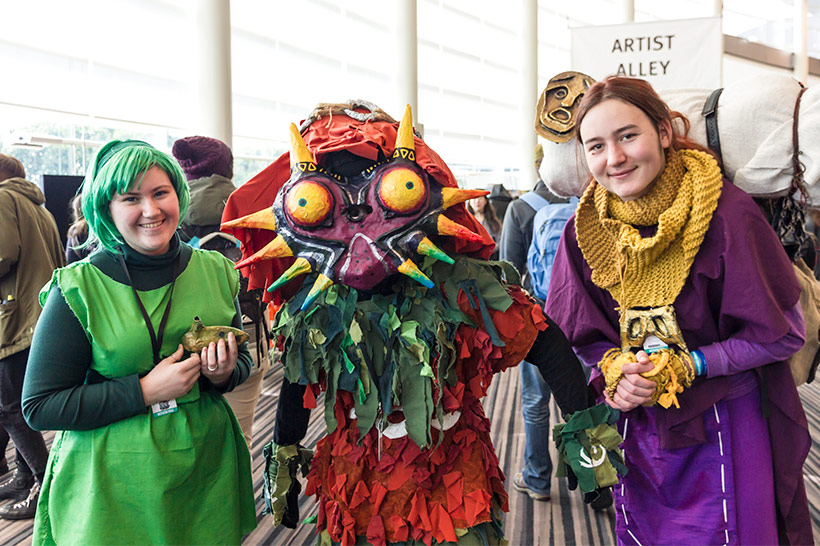 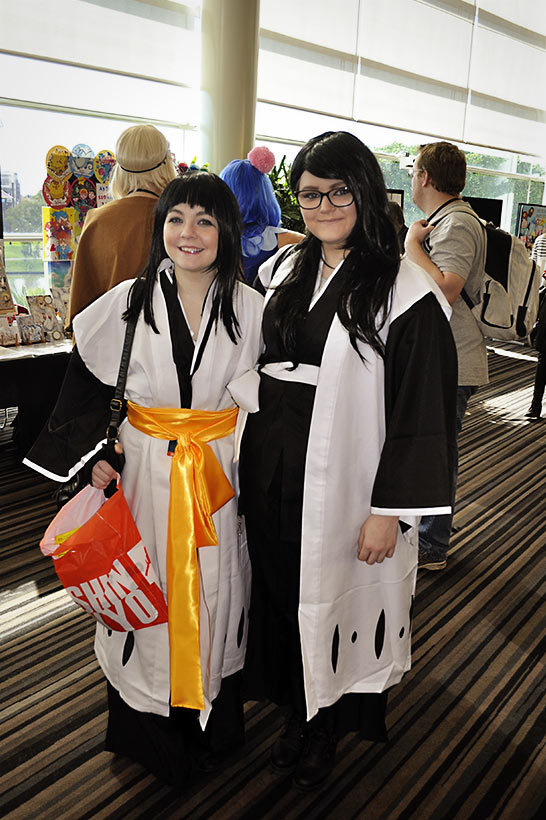 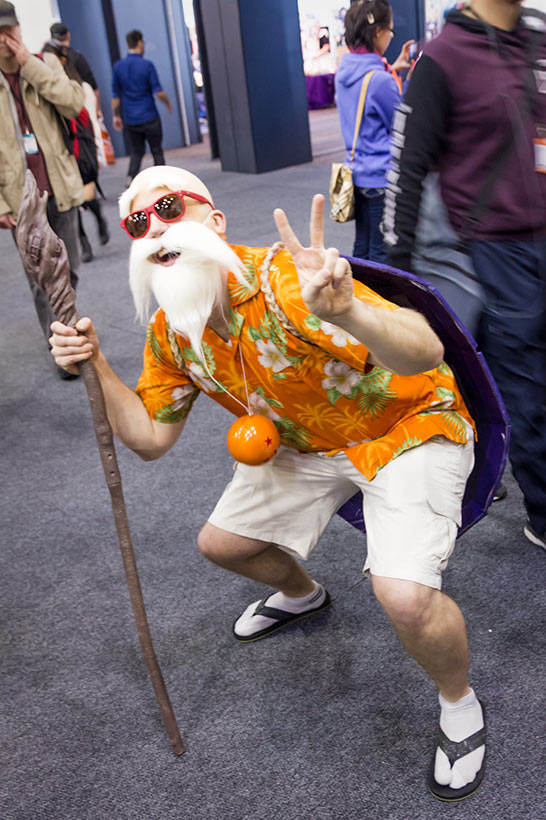 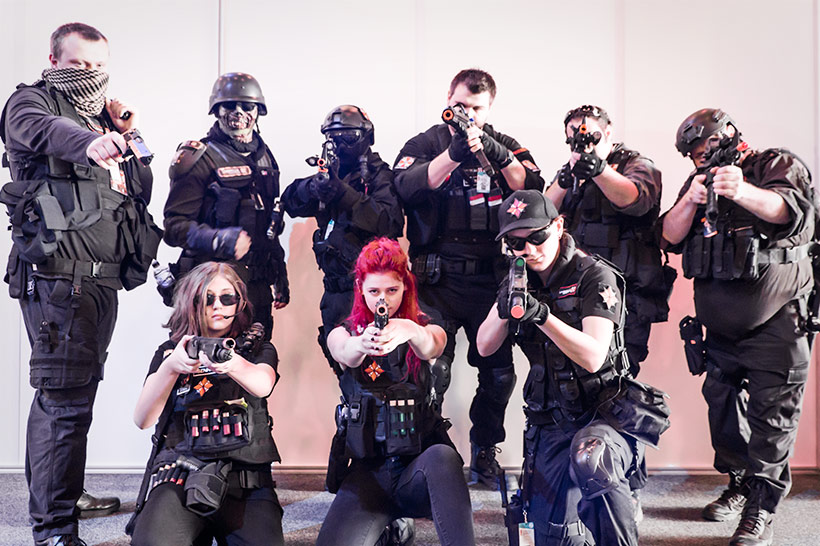 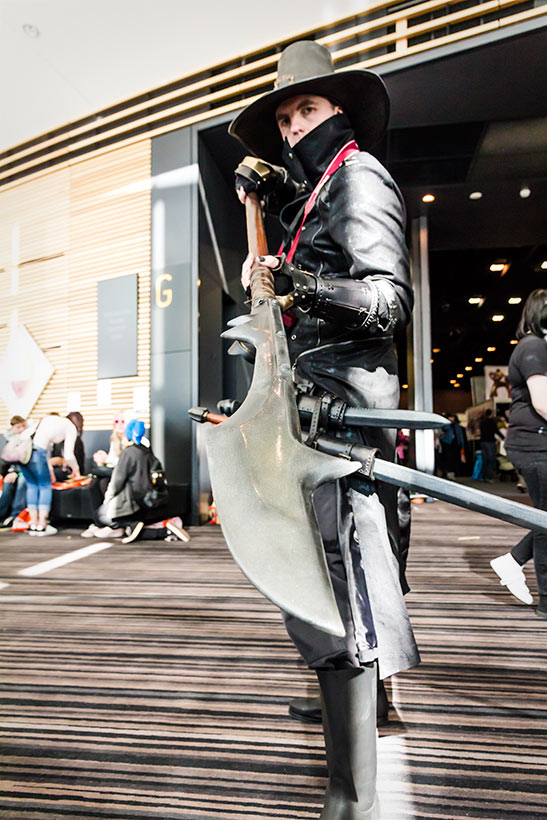 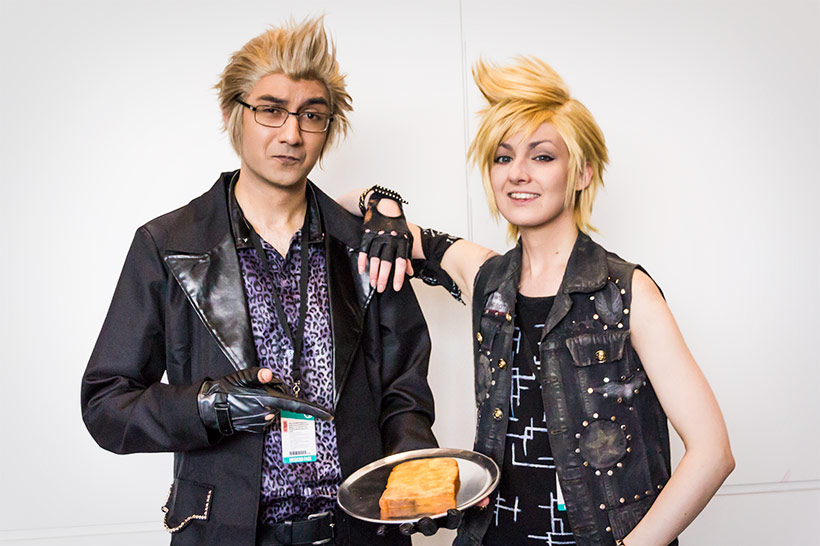 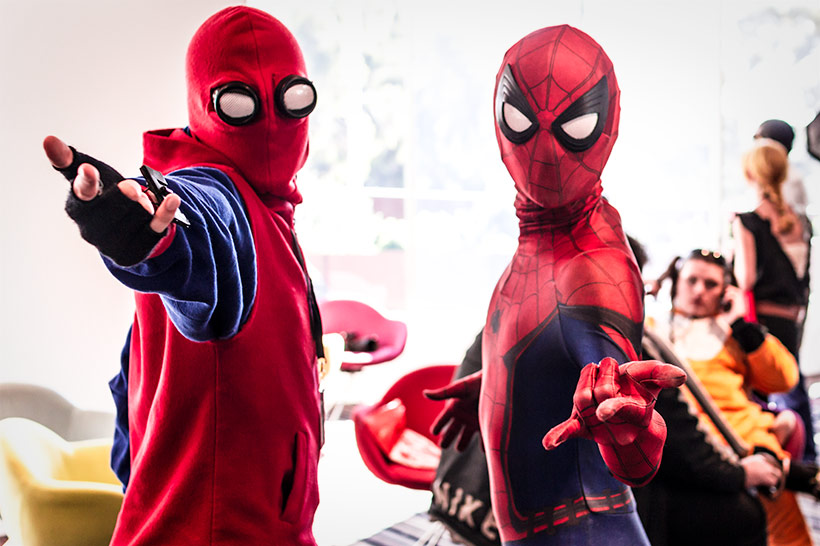 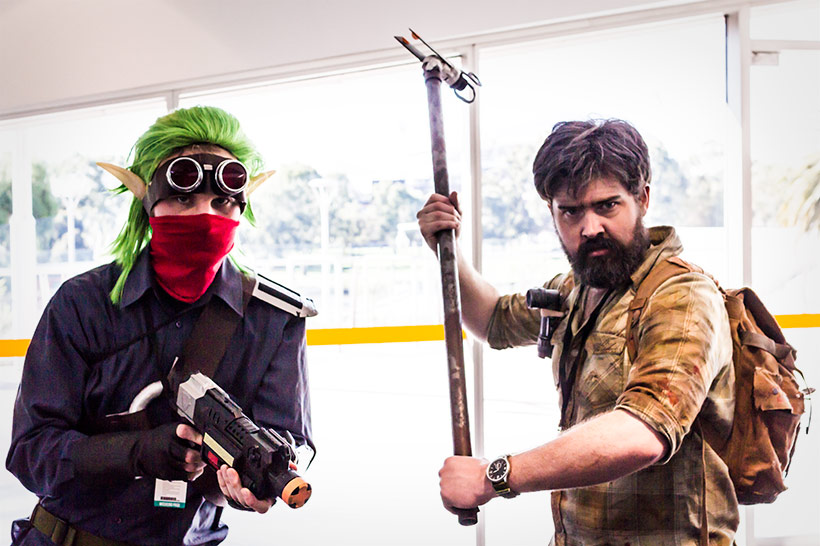 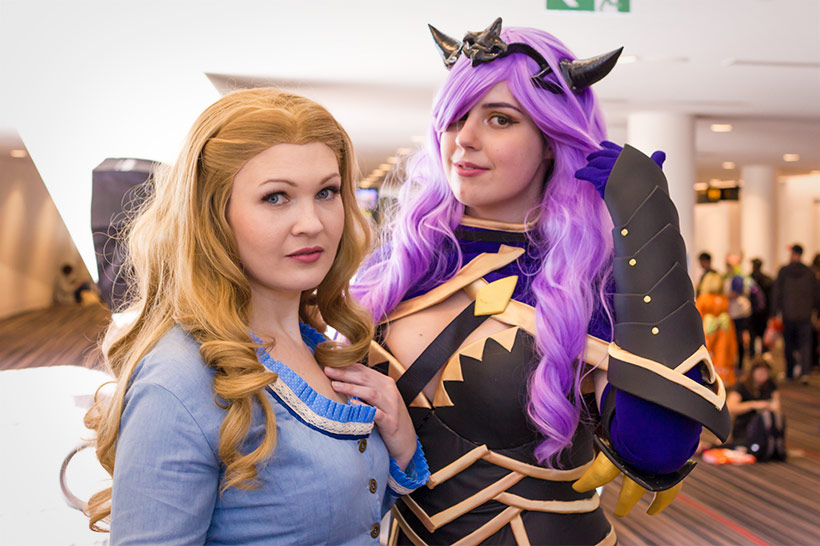 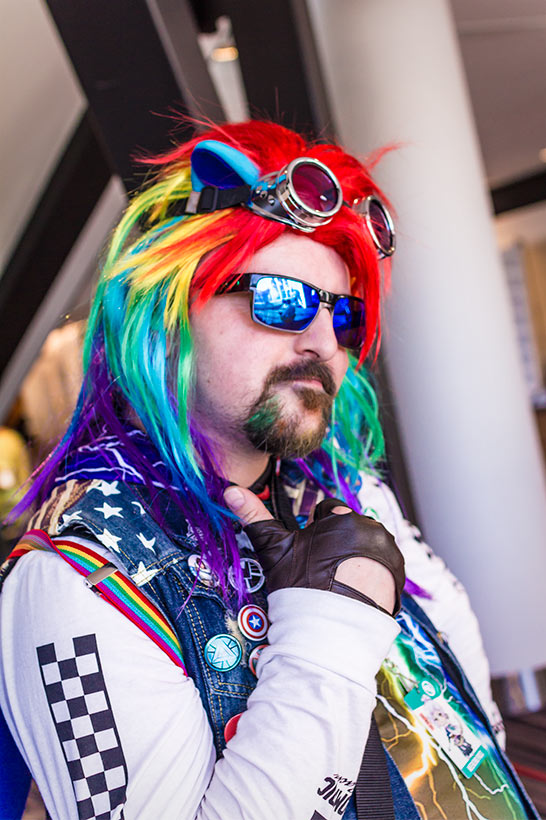 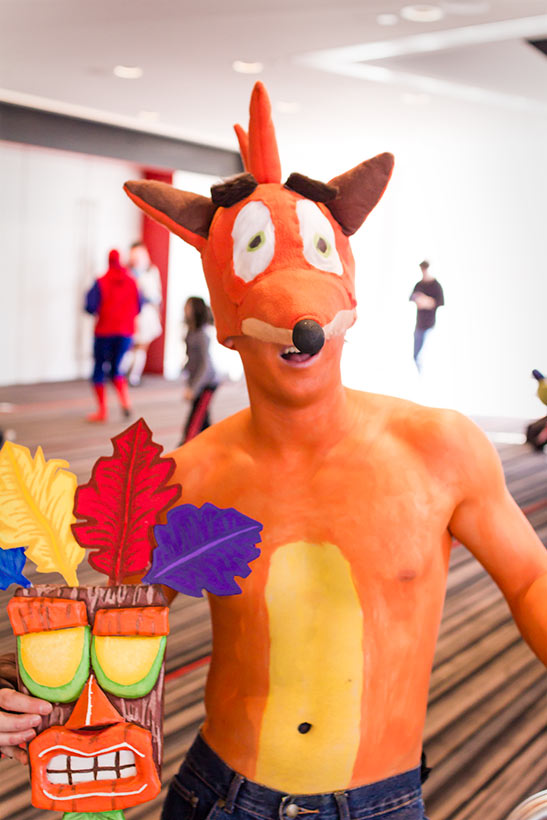 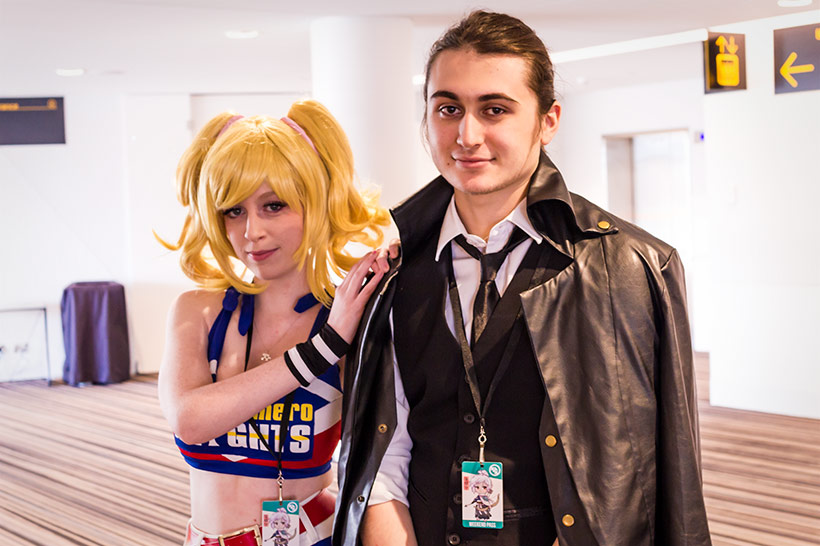 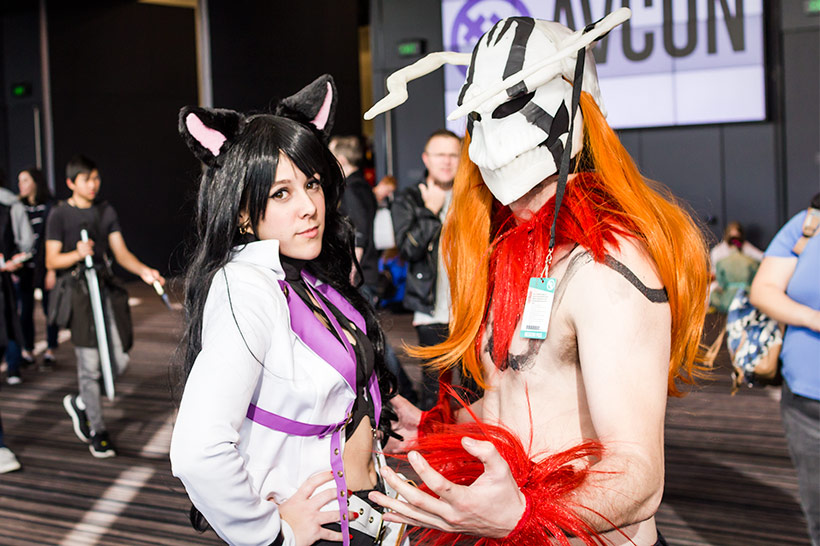 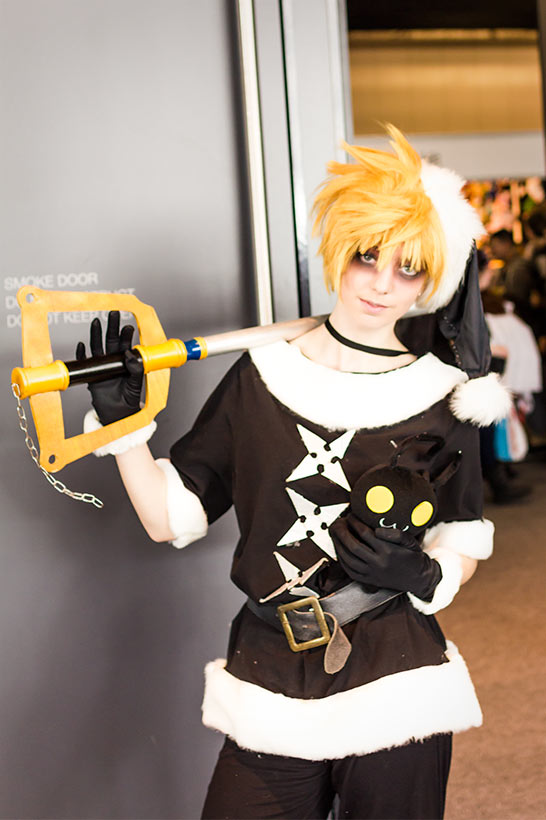 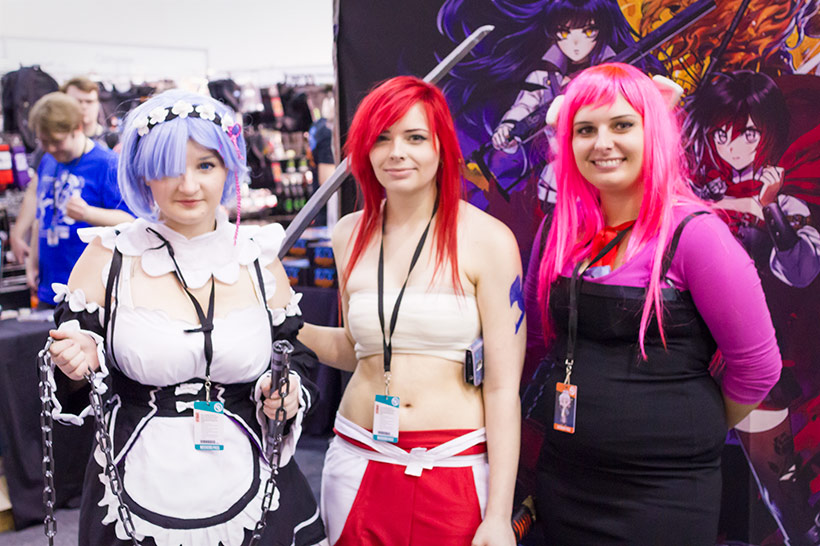 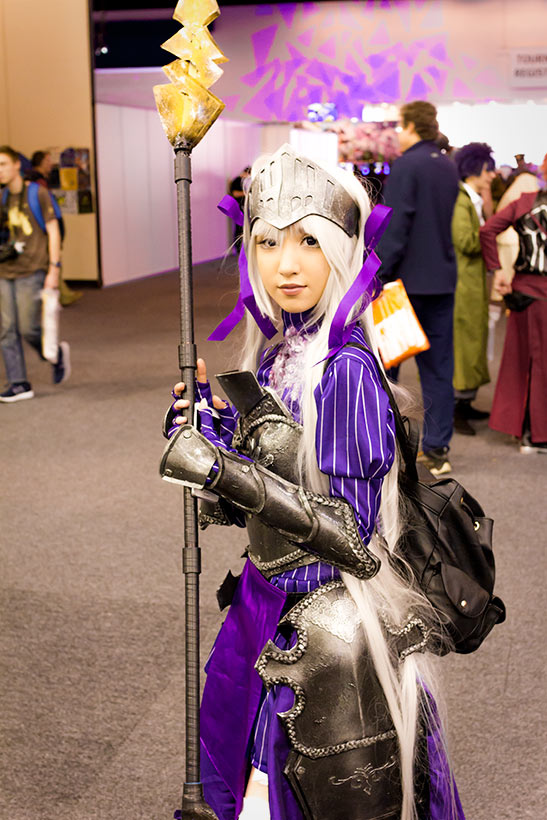 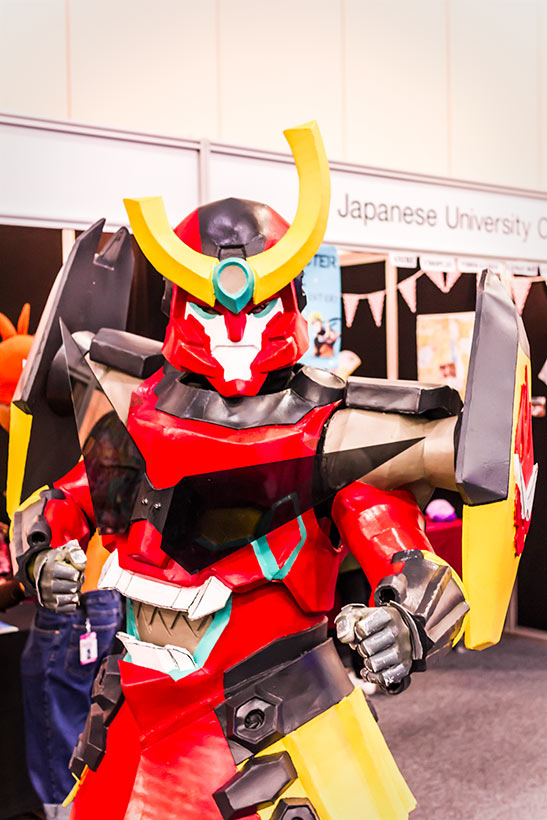 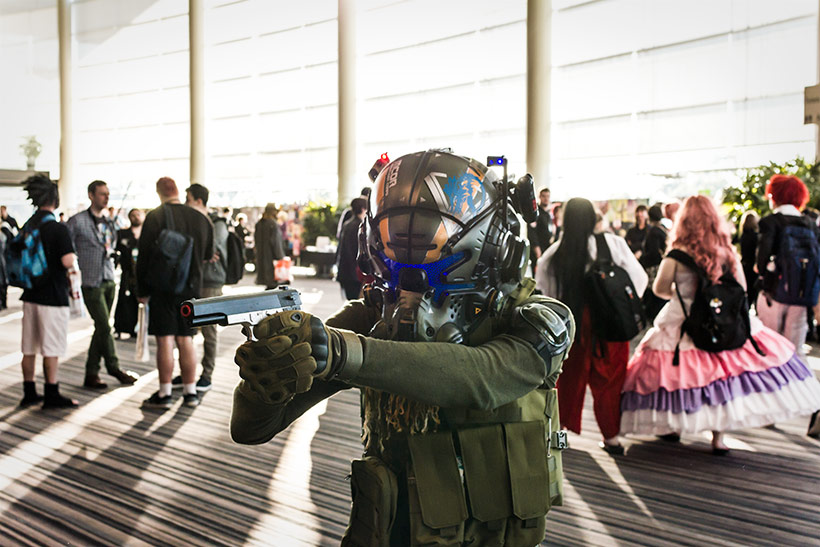 Anime Inferno would like to thank Team AVCon for the opportunity to have attended AVCon 2017 as a member of the press. 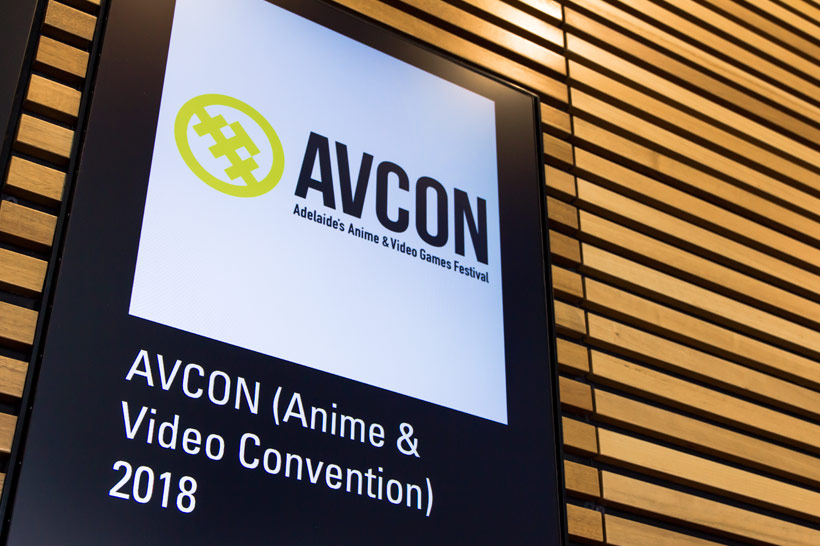 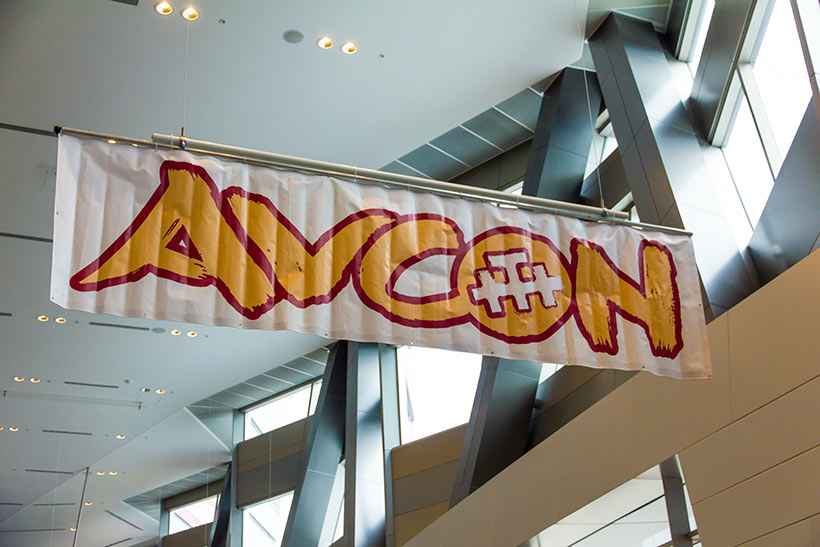 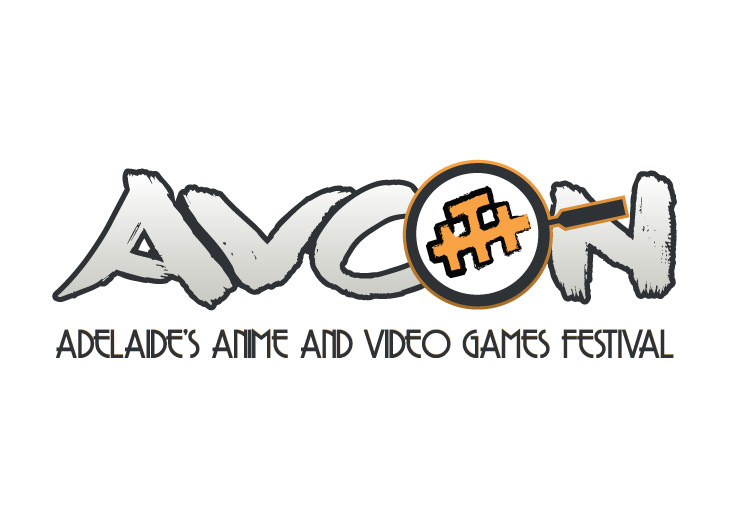