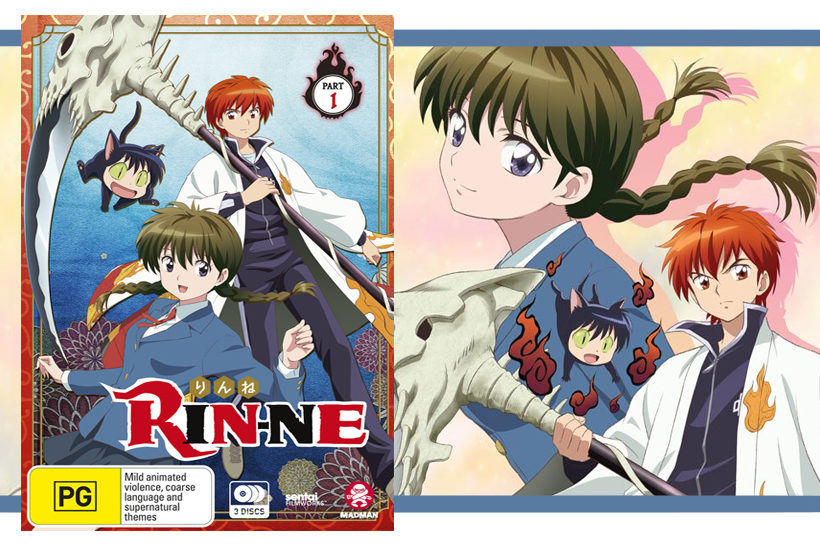 Since she was a child, Sakura Mamiya has been able to see ghosts. She’s made a habit of avoiding them thus far, but it becomes difficult when it turns out that her fellow classmate Rinne is part Shinigami and cannot be seen by normal people when donning his Haori of the Underworld.  Strapped for cash and other common necessities, Rinne spreads rumours among his fellow students of a spirit that solves problems for offerings of money or food to make ends meet. When one of Sakura’s friends makes an offering to this spirit,  she helps Rinne exorcise the spirit and help them move on into the afterlife. Unable to ignore her powers any longer, Sakura begins to help Rinne guide spirits bound to our world by regret to the wheel of reincarnation so that they may be reborn. 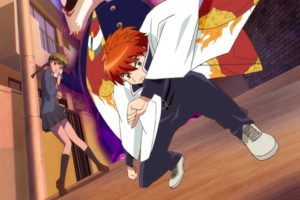 Based on the manga written by Inuyasha creator Rumiko Takahashi, Rin-Ne is a supernatural romantic comedy. The first few episodes are reminiscent of a monster of the week scenario – a student makes an offering to Rinne so that he can solve a problem, usually something paranormal, and Sakura and Rinne solve it by helping the spirit move on. I was expecting this to take up the majority of the show, but Rin-Ne quickly goes in a different direction, focusing on main character related conundrums rather than being about the lives of Sakura and Rinne’s fellow students. Initially I was unsure how to feel about this, as I enjoyed the first few episodes of Rin-Ne immensely and liked the ‘supernatural investigators’ aspect of the show. This never goes away, and Sakura and Rinne continue to be a team, but a part of me appreciated the format of the initial few episodes, though I can understand this repetitive aspect could have gotten boring quickly.

The series has a dry sense of humour, most of the comedy comes from reactionary comments and deadpan statements. A lot of it also stems from Rinne’s financial situation, and his unwillingness to pay for anything unnecessary and his reaction whenever he receives gifts (although I’ll admit, it’s even funnier when said gifts are taken away). Rinne’s poverty isn’t merely the butt of the show’s comedy however, and after Rin-Ne lessens up on the monster of the week formula, this aspect of his life is addressed and leads to an interesting backstory.

Aside from Sakura and Rinne, the series is made up of multiple supporting characters. One that stood out to me in particular was Sakura’s childhood friend Tsubasa Jumonji, who comes from a family of exorcists and also has the power to see ghosts. Unlike Rinne, Tsubasa opts to attack any ghost he comes across rather than help them pass on peacefully. Tsubasa ends up joining Sakura and Rinne on some of their ghost related exploits, and he gets a nice, if relatively small, character arc. There’s also Rokumon, a cat demon with a human face that makes a contract with Rinne. He joins the main cast pretty quickly, and while his arc lasts for the length of one episode and he fills the cute mascot quote for Rin-Ne, he’s not particularly annoying.

In fact, now that I think about it, none of the characters are ‘particularly’ anything. At this point they seem to lack any definition outside of the most basic of reactions, and what little emotion they truly have is based on jokes. The most emotional I remember Rinne being is when he had to give up P.E uniform that was given to him as a gift. This is probably why I like Tsubasa the most, because he reacts emotionally – albeit angrily, to ghosts that he encounters. Even main protagonist Sakura tends to react very little to anything, becoming more passive as the episodes continue. She’s always important, and usually present, but as the latter episodes focus on Rinne she becomes much less active. This has some merit since her personality is fairly relaxed, to the extent that she is almost reincarnated by the wheel of reincarnation because she joins a line and simply decides not to leave it. Hopefully she will resume a more active role in the next half of the series, and she and the other characters will act a little more human. 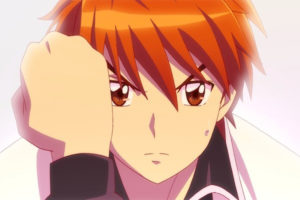 Rin-Ne is interesting visually, mostly because it looks like an anime from the 90’s, but with the polish of a current animation production. Fans of Rumiko Takahashi will probably recognise the visual style instantly. Even I, someone who has seen a grand total of one episode of Inuyasha, was instantly reminded of it when I first saw the cover of Rin-Ne. Outside of this, the animation is fine but not particularly memorable. Most of the time the series focuses on the romantic comedy aspect of the show, hitting all the common beats anime tends to – a maid cafe, a trip to an arcade, a school festival – and these slice of life moments are more prominent than supernatural battles. It’s not a bad thing, but it’s something worth keeping in mind if the paranormal aspect of this series interests you more than the prospect of romance. 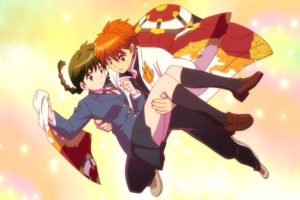 Overall Rin-Ne is a solid anime, not particularly special, but with a good foundation. I’m looking forward to the next half of the series, and hoping Sakura and Rinne’s roles maintain an equal balance. 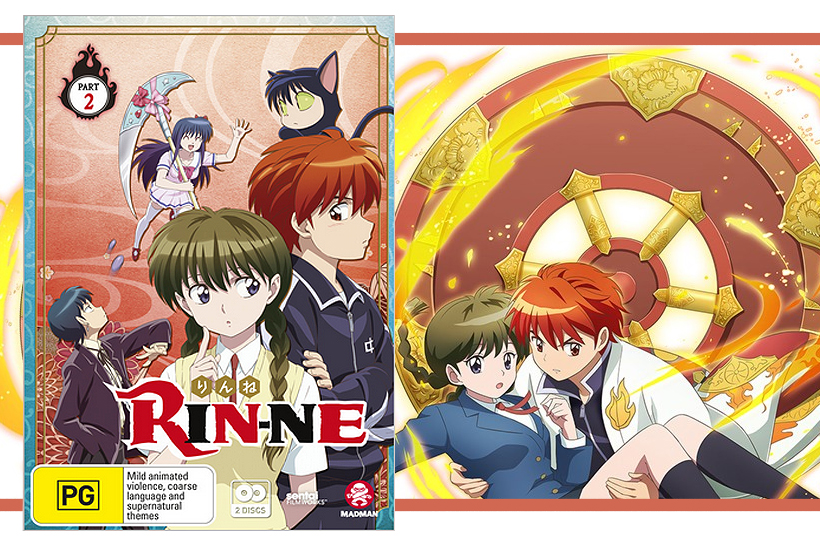