Gangsta’s manga started serialization in 2011 and is written and illustrated by Kohske, which is her pen name, I cannot find any information on her real name yet. Her art style is quite unique, and really matches the gritty story line and characters, and I have come to really like “looking” at it even when the story hits a slow point. This series is by no means for the young ones, so it would probably get MA15+ for they type of content and violence, and there’s only so many of those types of series I can read before it get’s a bit much.

Without spoiling too much for those that haven’t read it, it starts off with Nickolas (aka Nico) and Worwick, two benriya taking on a job from a little old lady. A benriya in japan is like a jack of all trades, they do handyman work around the house, deliveries, cleaning, gardening and pretty much anything within their capacity. Nico and Worwick are a bit more extreme, and will take on jobs from the police, locals and mobs. In this case, they were beating up some thugs loitering around the lady’s shop. Nico is deaf, and from memory I can’t think of any other main characters with this handicap, so it is interesting to see how Kohske has Nico interact with other characters and situations.

The new anime has only started airing on July 1st, so only two episodes have been released to date, third won’t be too far away. I was not sure how popular Gangsta was, as not many people had heard of it when I first started searching, so it was surprising to hear about it’s anime. I have watched the first two so far, and the animation is a bit to be desired but stays true to the style of the original manga. It’s not bad, I have seen far, far worse by comparison, and perhaps I am being a bit too judgemental. There are a couple of scenes that have clunky animation, and one of the early fight scenes was also a bit lackluster but it’s hard to tell how it will continue as it is still early days. I am interested in whether the story will follow the manga or not, but I have a feeling I will continue watching regardless.

I would recommend the manga for a decent solid seinen action series, there’s comedy sprinkled throughout to break up the darkness a bit. The anime looks like it will be a good run, and I would recommend for anyone who likes adult targeted animations/manga like Berserk, Gantz, Zetman or Vagabond. 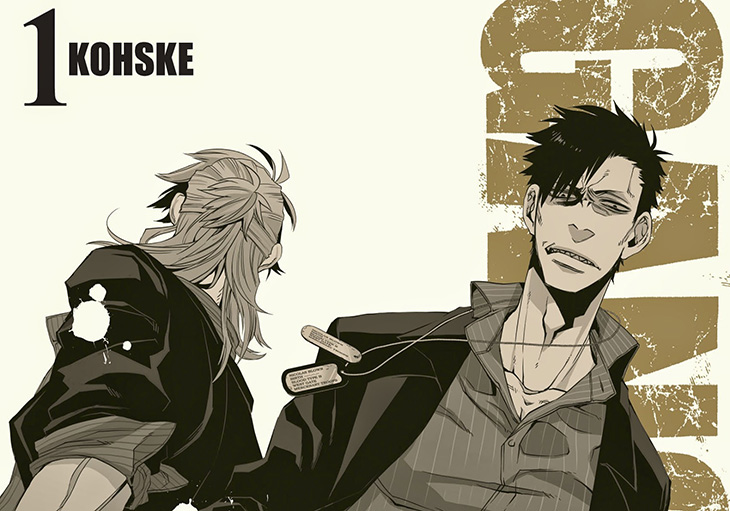