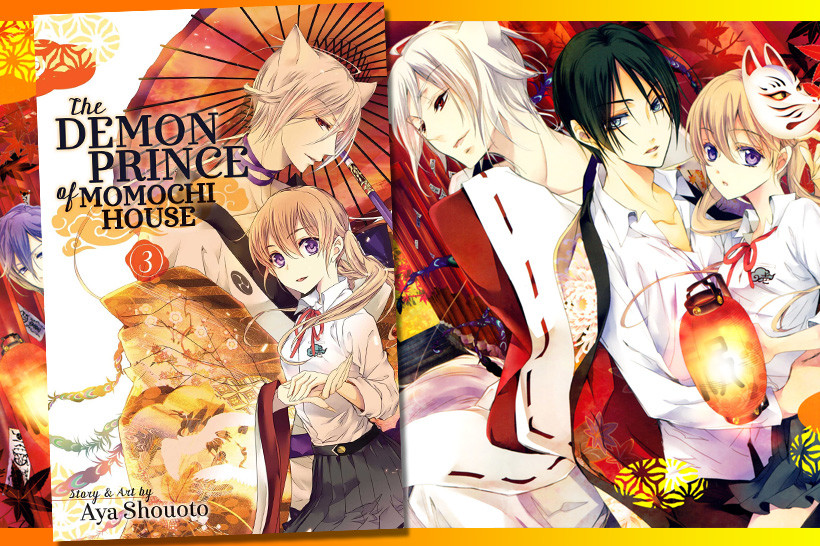 The Demon Prince of Momochi House Vol 3 takes us deeper into the world of Spirits and Akayashi with the familiar Shojo formula we have seen in the first two Volumes. Himari’s new friends are exploring the house, and after the cross dressing shenanigans Aoi reveals that one of her new friends is in fact already dead, and she needs to find out who it is and quick! As she has only just met them, she does not know them very well and this makes things harder. Using her powers over the house, she flushes out a dark spirit called Kasha, and when he is revealed she has the chance to set free a lonely little spirit, tricked into doing Kasha’s dirty work. Himari’s kind heart continues to push her forward, and she fights for her place in the household so she can stay with Aoi and the others. 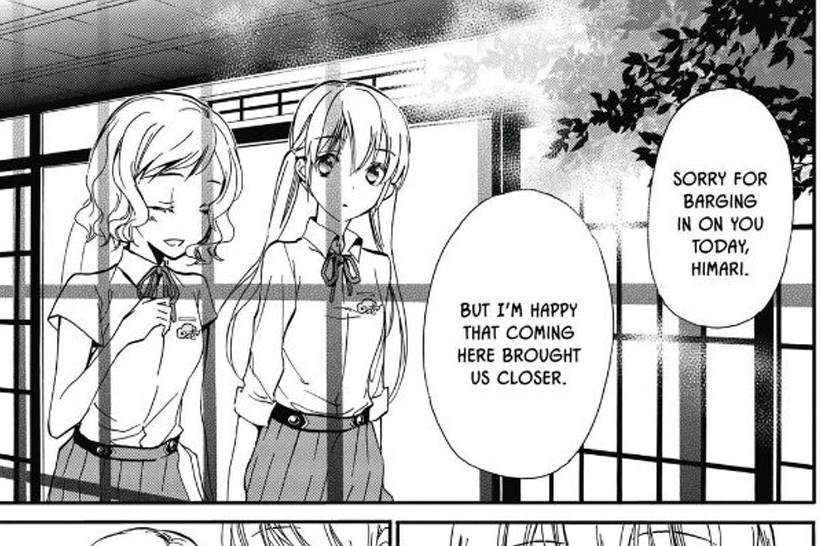 Kasha’s intentions are still unknown, and he seems to be a nuisance for the residents at Momochi House as Aoi, Ise and Yukari are familiar with him. His presence is unsettling to Aoi, and after transforming into Nue and sending him off, the house returns to normal and Himari’s new friends head home. Himari’s powers are still being uncovered, and because she is still a noob in the house her worries are quite often ignored and brushed aside due to her inexperience with akayashi. When Kasha’s trap ensnare the Nue in darkness and black flames, Ise looses control and goes ballistic in his Orangutan form in a desperate bid to save his master. Himari’s bravery and quick thinking brings Ise close and shines the light of his flames to ward off the darkness, freeing the Nue and banishing Kasha again. There’s also a cute moment between Himari and Ise, and he seems to soften up to her a bit more. 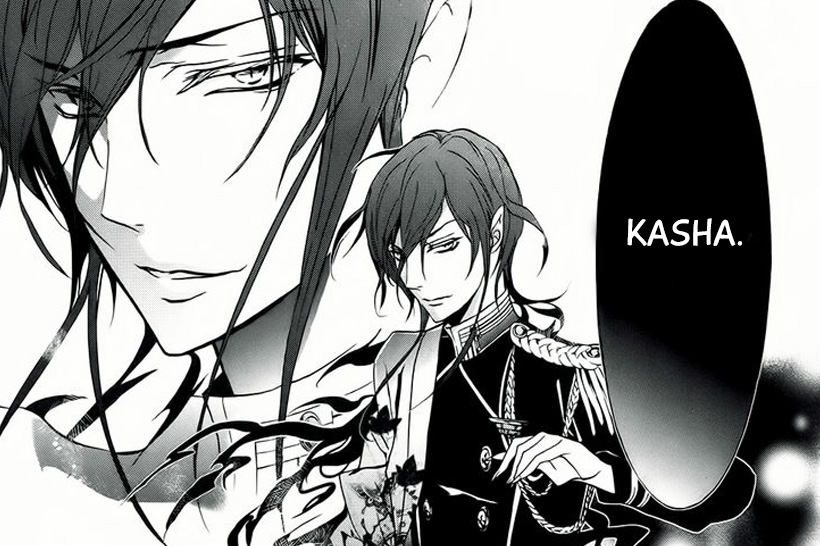 The second half of the book is where it really get’s quite interesting, and the Nue is called fourth into the spirit realm to attend a banquet with friendly Akayashi. Of course, he takes Ise and Yukari along, but he also decides to take Himari who is disguised as his new Shikigami. The Nue is quite calm and has more of an adult air about him comparable to the infantile Aoi, it’s almost like they are different personalities sharing the same memories. The party is lively and the akayashi are all having fun, and even Himari get’s in and joins in. It’s not long before the air changes and the Nue is called upon to fulfill an ancient duty deep in the depths of the spirit realm. I won’t spoil too much, but following the pattern pretty much indicates that Aoi and Himari will need each others strengths before the end, and there are small bit of information revealed throughout this volume about Aoi/Nue that could lead to a revelation down the track. 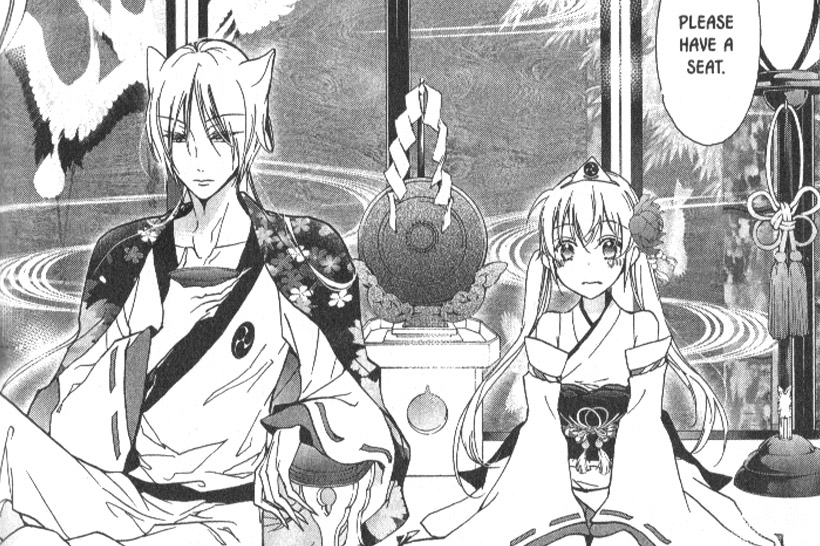 Although the story has moved on a little, Ise and Yukari’s pasts remain relatively untouched and it’s good to see Ise has made a little step forward with accepting Himari. The small Akayashi are entertaining, and with spirits all over the house you never know what will pipe up and insult her. Aoi pretty much has Himari all to himself, and it would be good to see a conflicting love interest enter the scene, and barging into the very last pages is a new character that could hopefully fit the position. 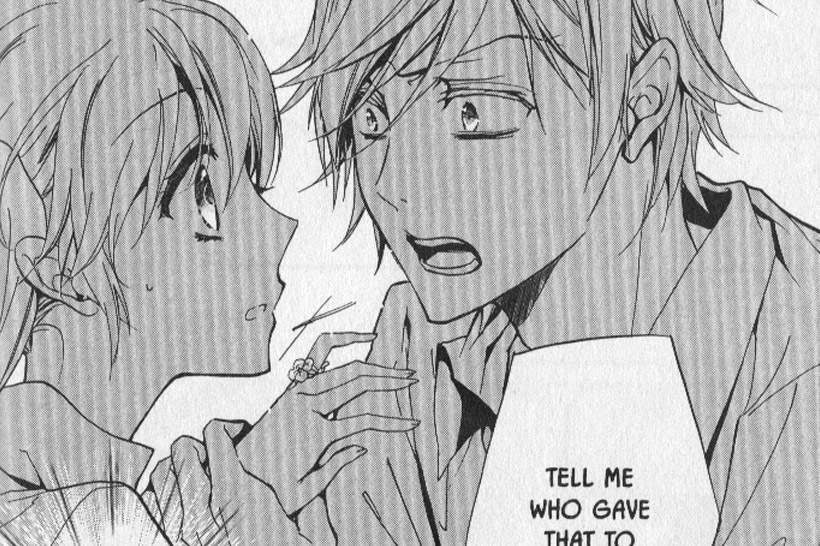 With such a strong female lead, I can’t really imagine how Himari will grow emotionally as she is already pretty stable and level headed, but I think her powers will be focused on more as she stays in the Momochi House longer. This is the last review for The Demon Prince of Momochi House that I will be writing about, and once again I would certainly recommend this to Shojo fans as it is a very sweet series and beautifully drawn. 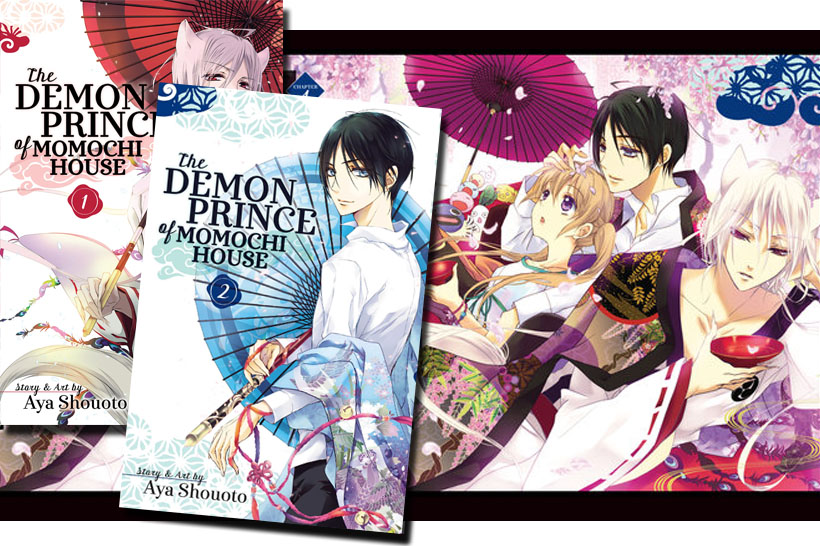 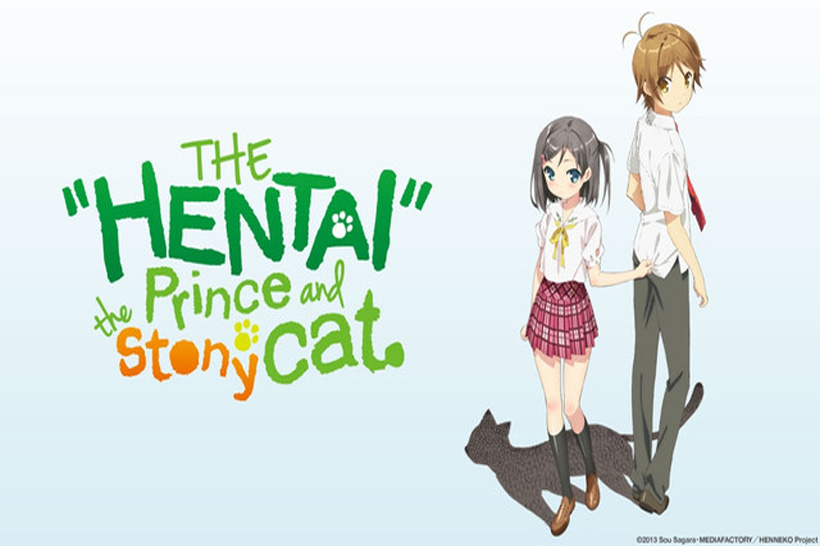