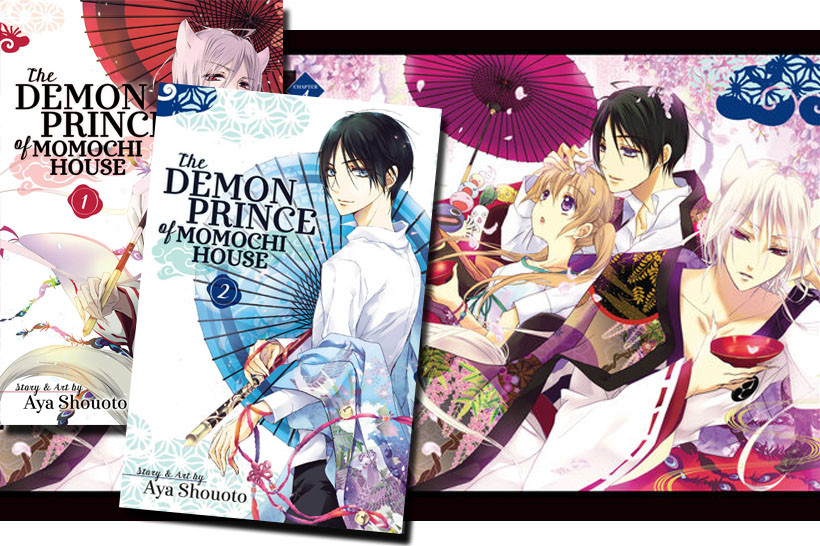 I’m not one to pass up a decent Shojo manga, and I have heard some good things about the Demon Prince of Momochi House (Momoshi-san Chi no Ayakashi Ouji in Japanese) over the last few months. This is a pretty standard recipe for Shojo manga, and although it has been done before (with a single girl in a house full of boys), I like the feel of this and I am hoping it will stand out from other Shojo comfort zones. Written and illustrated by Aya Shouto, the ghosts and spirits are all very Japanese orientated, so for western readers not familiar with them, you can find lots of info HERE on wikipedia. 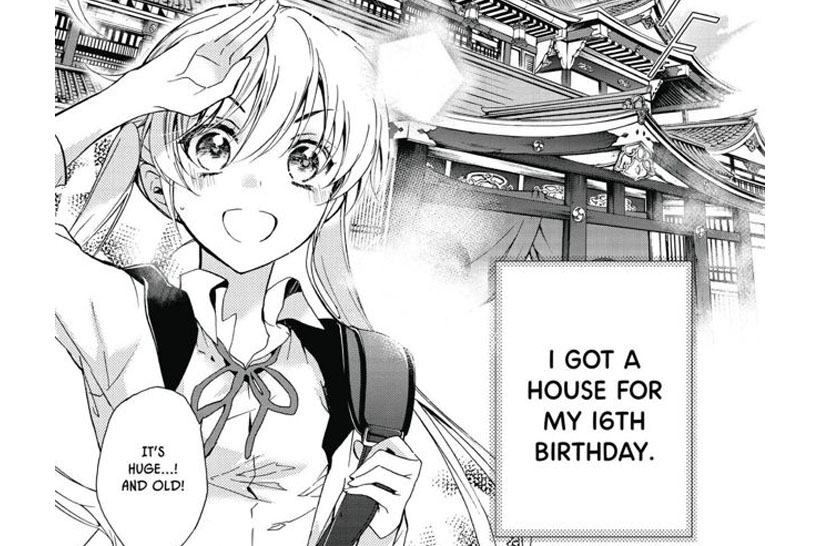 Himari Momochi is a 16 year old highschool girl who we first meet tromping through the forest looking for a house she inherited from a will. The Momochi House is quite well known to the locals as a haunted, strange place and they usually stay away. When she finally finds it, the house is in a bit of a dusty ruin, and while exploring she comes across three young men (one is half naked for some reason) who mistake her as a thief. She get’s to explain pretty quickly why she is there and shows them the will, and that she is indeed the rightful owner. The three men are quite mysterious, and Aoi Nanamori asks her to leave because she does not belong there.

Himari is pretty stubborn and ends up ignoring them and staying despite their warnings (it’s rightfully hers anyway), and she meets some of the other residents of the house which are little spirits or lesser Yokai. The house acts as a gate between the human and spirit world, and Aoi is it’s protector and warrior along with his Shikigami, the water serpent Ise and the orangutan Yukari. When the situation calls, Aoi can transform into Omamori-Sama (Nue), a powerful demon with cat ears, a fox tail and little wispy wings and is able to vanquish spirits who creep into the human realm. In the grand plan of things, it was originally Himari who was meant to be Omamori-Sama and keep watch over the house, but Aoi wandered in when he was little and is now trapped as it’s protector and cannot leave. There has been to explanation so far about Himari’s parents or the origin of the Momochi House, so the mystery is intriguing and ongoing and Himari’s appearance has also stirred something with the Youkai and their activities increase around the house due to her presence. 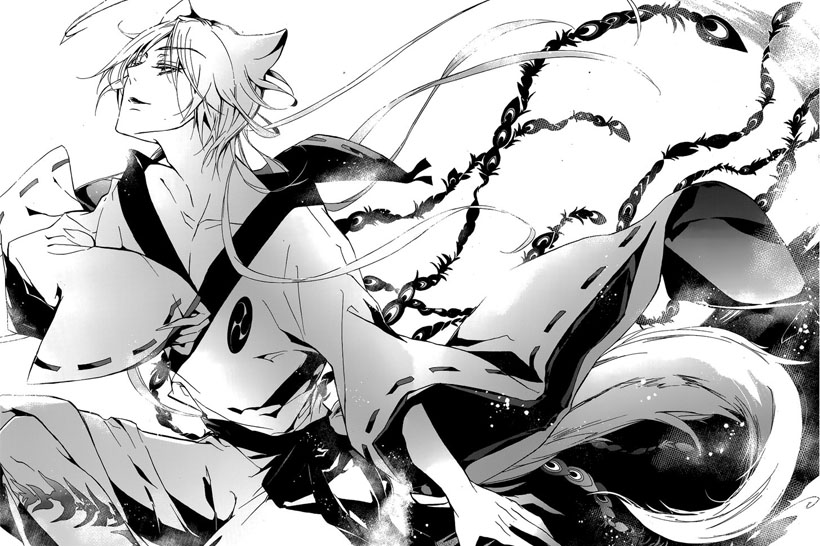 The first two volumes are an introduction into the House, and the other spirits that live there and try to breach the seals and enter the human world. Himari also learns more and more about Aoi, and why he is so clingy and childlike in his demeanor and actions. There are all the cliche ingredients in making a standard Shojo like the old “boy catching girl when she trips”, “boy rescues girl in trouble”, “boy pines for girl when she leaves or is sick”, lots of blushing and so on. There are some soft lovey moment between Himari and Aoi, and they form a bond quite quickly through the dangers they face protecting the Momochi House. Himari is also a very standard Shojo character with strong pure intentions, kindness and and overall “good girl” appearance, and she also develops some powers over the house as it’s owner/landlord. 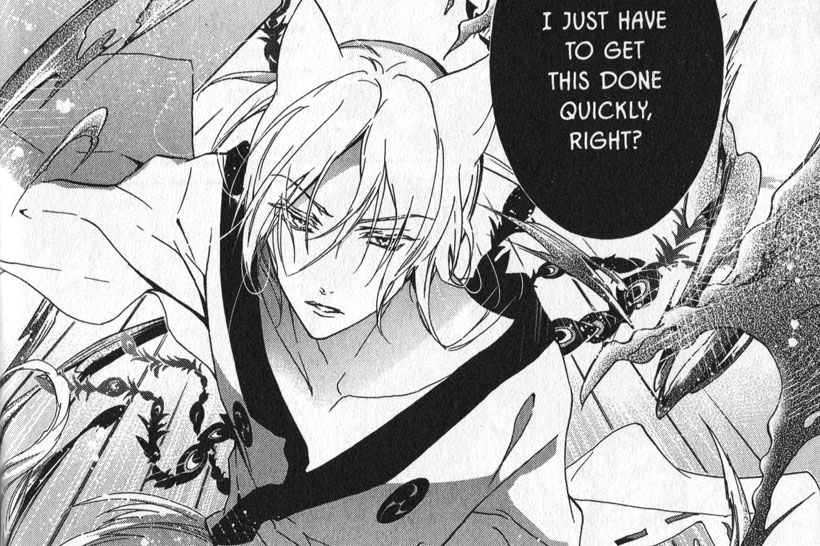 The artwork is beautifully detailed and drawn consistently throughout the first two volumes. We are also treated to come fantastic colour pages and the books are the traditional Right to Left reading style. The most complex character so far is Aoi as he has the most prominent roll in the Momochi Household. I am hoping the other characters will be fleshed out more throughout the series (Himari is a bit generic and predictable at the moment), but exposing everything too early can be pretty boring, and I am glad there are mysteries still to be revealed. Overall it is a Shojo following the rules of Shojo manga, but I have been surprised before so hopefully this is something that will evolve more. I would certainly recommend this to Shojo fans who like a bit of a fantasy twist and pretty characters. 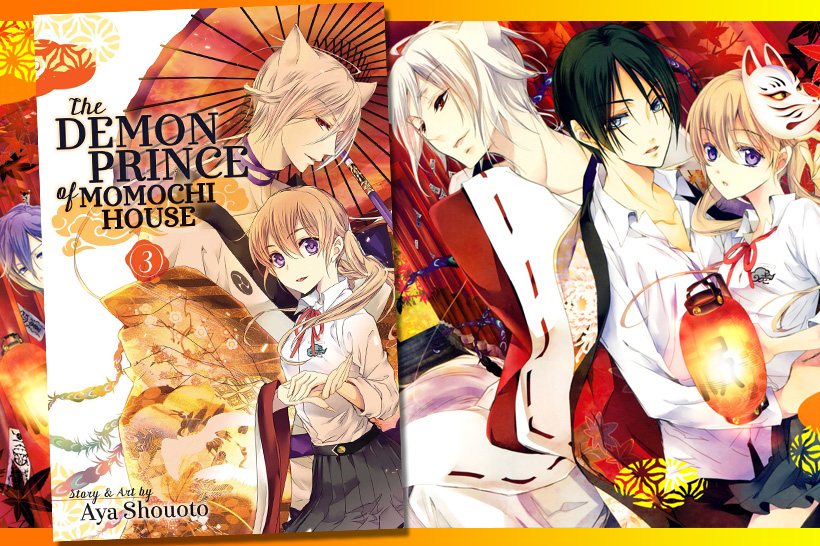