No idea why I put myself though this lengthy torment of watching all these titles for the winter anime season, but I did, and I kinda hate myself for doing it. But I stuck it out and there are some thoughts on what I finished.

An anime about air soft sports, and the battles outside of the sport that comes with it. Honestly, besides a rather catchy intro, this anime was a drag for its entirety. Only reason I stuck with it was due to people around me saying how much they enjoyed it. I now have to purge humanity for this.

When society becomes a nanny state and everything perceived to be lewd it outlawed , a small group rebel. Behind all the ecchi moments (and there are some heavy handed moment), it’s an interesting take on how society vs sexuality and censorship. Every character was so much fun to watch, even when half the screen was covered in censored stickers.

I saw a lot of backlash against this show for numerous reasons: the violence is turned down compared to the manga (which has berserk levels of graphic violence at times) and light novels, as well as nationalistic pride for Japan. I didn’t really have any of this issues watching the show, and just sat back, enjoying the mix of modern military and medieval fantasy. I just wish the animation didn’t randomly die off in numerous episodes.

Refreshing. Great way to describe this show. The first episode was wonderful to watch, with bright colours and fluid action. The excitement petered off in the middle stages of the show, but I still enjoyed the thriller aspect of trying to find the enemy within their group. Last minute of the finale episode made me angry though.

This is a five-minute episode series about a girl who enjoys eating after work. Relaxing, with nice informative pieces about the meals she’s eating. Not much else to it, but it will make you incredibly hungry.

Taking the same time period from the first seasons, this wonderful SoL shows the counter point of view of the other characters. If you want to just sit back and relax with an anime, this is the one for you.

Medieval romance, with annoyingly perfect main characters. Some of the episodic stories were a lot of fun, but at the end of the day the romance story (which is the main part) just bored me. Wish the MC picked a more likeable partner that didn’t happen to be the Prince.

A royal family with powers all vying for the title of King/Queen. Each episode focused on each family (which there is a lot of ) and their own personal hangups and aspirations. Enjoyable watch, if not a little light on plot. Character stories are the strongest part of this show.

Essentially an anime going back to the 80’s and early 90’s on action comedy. Think Ranma 1/2, with ghosts. Really enjoyable, with deadpan comedy and light-hearted moments. Lacking in plot, but the comedy makes up for it.

Highly enjoyable for the first half of the series, but it’s so sickly sweet that is feels like much of the same as the show continues. One of the few times a show is actually too long, and kills the romantic aspect and characters of the show

The duality of being a Neet at home, and a highly popular person outside. Great comedy, although the MC doesn’t learn from any of her mistakes and becomes a very formulaic show.

Thought it was a very tender, sweet show about five siblings living together, but there were times when it becomes incredibly creepy and uncomfortable to watch when the only male kept thinking his female siblings were hitting on him, and having revealing scenes. Oh Japan…

Iron Chaps moe blob of the season. Really not much enjoyment from me, as the second season of Kiniro Mosaic ended the season before and was a lot more enjoyable.

What starts out as a typical moe blob, throws all the typical conventions out the window and thrusts you into an apocalyptic setting and the small group of girls that are trying to survive it. I was pleasantly shocked after the first episode and it was ride.

This was hard to watch. I felt myself nodding off almost every episode of this show, and was surprised with myself for having watched it all. A lot of mishandling of political thriller meets science fiction. Not something I downright hate, yet it’s not an enjoyable show with what they were trying to do.

Hyperbolic. The only word that can describe this show. I’m not a fan of the prevalent eechi aspect of anime, but this season threw off my hardline stance by melding eechi as the core focus of the show, and making fun of it and its fans.

Iron Chef meet battle shounen. Every episode was enjoyable, along with every character. Not a whole lot I can say about this show because it has a silly premise, yet it’s so enjoyable to watch.

High expectations for this, as I’m a big fan of P.A. Works, and sadly it has the same pitfalls of all their titles. A world where teenagers have powers till puberty ends, but these powers have heavy handicaps. I enjoyed that aspect a lot, and of course the characters were engaging, and the art work is incredibly beautiful and draw you into the world, which is typical of any title from the aforementioned studio. Sadly, just like all their other anime, the story and plot take a back seat when it comes to development. Everything seems rushed near the end, and you feel like you’re just had an unsatisfying dessert after a fabulous meal.

The final season for this comedy SoL.  They did a wonderful job wrapping up all the character stories that has been building up over these three seasons, and you’re left satisfied with the conclusion, if not a little sad that the ride is over.

This 26 episode anime based on a displaced Prince trying to reclaim his Kingdom finished with a solid punch. The middle of the series was incredibly soft and I thought it was going to continue down that road, but luckily all that build up paid off with a meeting of central characters in a giant battle, and setting up the next stage of the story. Happy I stuck with it, and I do hope it gets slated for another season.

The dip is quality really killed my enjoyment at times, but this story about two ‘handymen’ and the growing war between mob families and another species of humans was overall a great watch. The last episode leaves you with a killer of a cliff hanger, and I do hope it gets picked up, although the studio that made the anime shut down. Hopefully a better funded one steps up to take the ropes.

Another show with art work issues, but mainly due to the art style, as it just has bizarre character designs. I spent more time staring at them trying to figure out why they looked so weird, than the story of a love struck high schooler finding out his crush is a vampire, the principle a demon, and the call rep a tiny alien in a robot body.

This a moe blobish, toned down version of Shiobako, but for voice actors. It was light, fun, and touching at times. Strongest part of this show is the struggle in an industry that is overflowing with talent and people vying to be the best. I liked that they chose to show characters that were not incredibly talented, and had to use a lot of hard work just to survive in the industry. Also, each ending song has them singing the ending theme from famous anime.

What seems like a typical guy playing MMO is transported into the game world, is actually not so. The head of nefarious guild for a popular MMO is transported into his avatar, and his NPC underlings do some to life, but they are all transported to a different world. The struggling of trying to find out where they are, if any of players were transported, and this underlying aspect that the MC is slowly turning into his undead avatar, who starts to not care about people, humans, dying for his goals. Pleasantly surprised with how this how never really shown up before. Incredibly enjoyable.

I didn’t go quite as hard on this season’s shows as the Deluded Hairy one, with only three I saw through to the end at the time of writing. There were quite a few I gave up on after one episode for various reasons I won’t bore you with, but here’s what I stuck with:

Lots of mystery and red herrings left and right kept this whodunnit tale of sabotage interesting right to the end. Hopefully the tale of the strongest man in the world Adlet Mayer and his companions continues, as there is still plenty of story left to tell in this lore-rich world.

I’ve already talked about how much I love this series early on, and nothing changed. Super condensed slice of life comedy that kept me smiling and laughing the whole time.

With an interesting premise and great characters, Gate was a good watch that didn’t take itself too seriously. It did get a little tedious in the middle episodes dealing with the introduction of Princess Pina Co Lada, but otherwise the mix of fantasy and military hit all the right notes with plenty of tension and self-aware comedy. Very much looking forward to season two.

I haven’t finished watching this yet, but I’m pretty sure MonMusu is anime of the season all seasons so I’m giving it a preemptive 11/10. Lamias, harpies and mermaids, oh my! 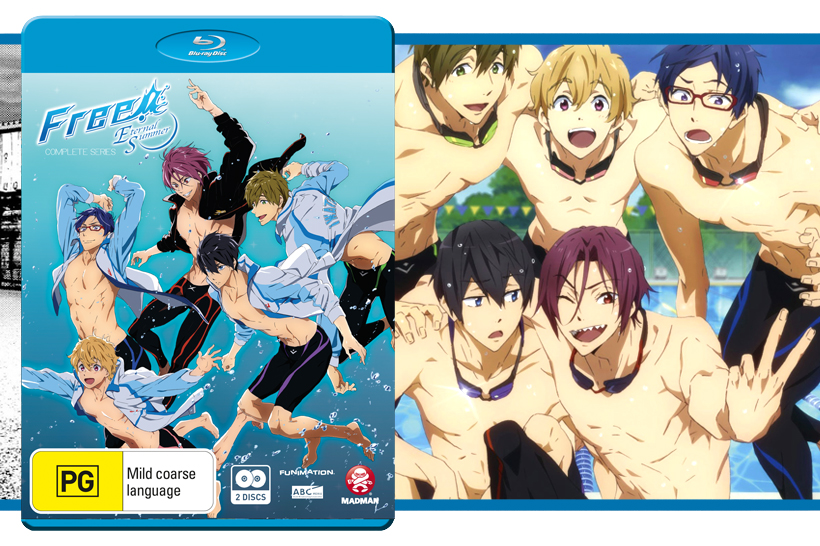