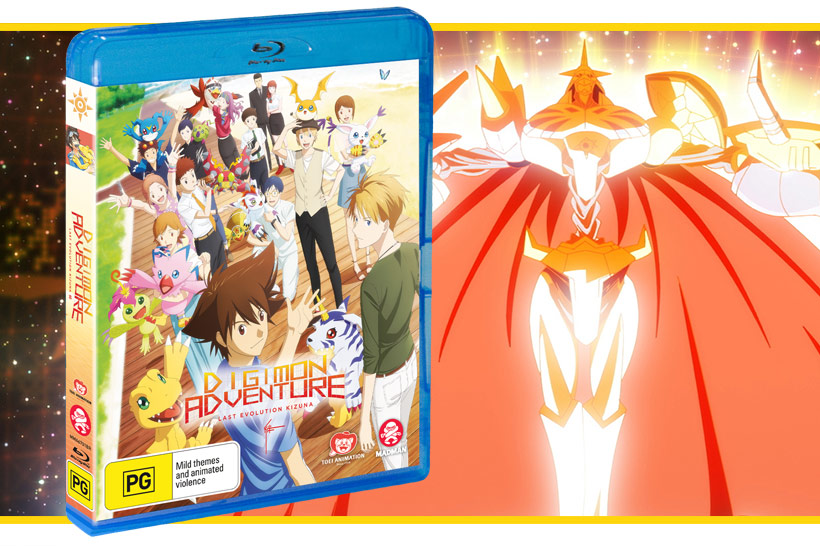 Digimon Adventure Last Evolution Kizuna promises an end to the 20 year run of the mainline Digimon Adventure series. With so much to draw on the premise may prove difficult to pull off in practice. Or is it?

Set five years after the events of Tri, Digimon Adventure Last Evolution Kizuna kicks off with Taichi and Yamato burning around Tokyo taking down errant Digimon causing havoc… then they head to uni to do stuff like juggling honours theses topics, post-graduation employment prospects and trying to maintain a social life. 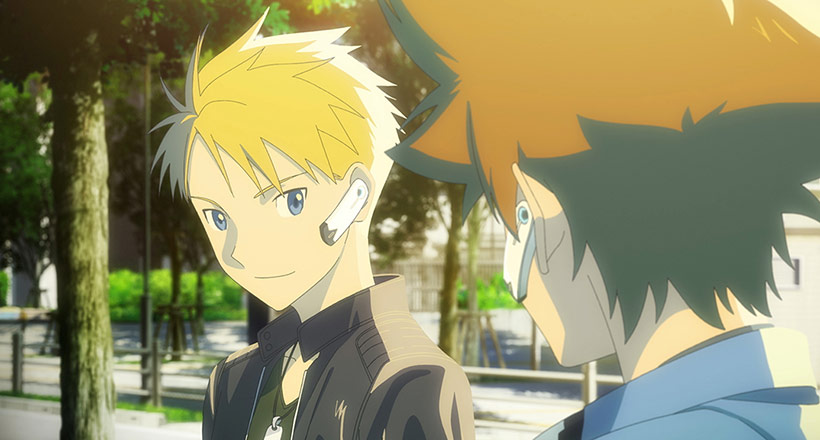 Things get weird (again) when DigiDestined start to mysteriously disappear around the world, resulting in Taichi, Yamato and Koshiro teaming up with US-born DigiDestined wunderkind Menoa to fight the new digimon causing the chaotic disturbances before being drawn into a larger and more sinister plot which threatens to forever disrupt DigiDestined around the globe. 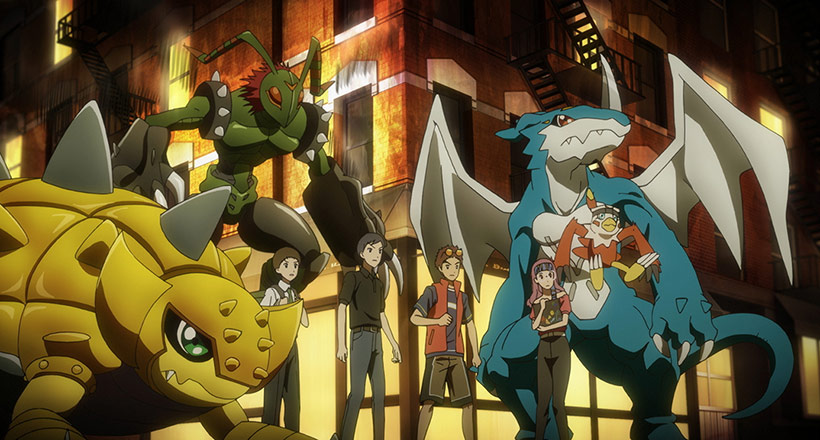 Granted there’s nothing here that’s going to explode the anime universe, but for a series with such a long pedigree and passionate fanbase it’s a spectacular send-off that hits all the right notes. Classic Digimon Adventure music from Koji Wada? Check. Yamato and Taichi getting pissed off at each other but use the power of friendship to be rad? Check. Digimon Adventure 01 and 02 cast present? Check. Silly conspiracy theory and world domination? Check.

An ending with all the feels? Ultra check.

For long time fans there’s volumes of references to pick through – the opening alone is a loving tribute to Hosoda’s first Digimon film, the opening credits fall in line with his second film, the international scenes echo the third film which was set in the US, the digimon transformations harken back to the original henshin sequences from the TV series, the scenes where they join forces with Menoa to continue the battle with Eosmon in the internet is another tip of the hat to Our War Game, the use of burner mobile phones and digivices are a trip back into the early 2000s, the rabbit hole happily goes deeper and deeper (and then when we hit the Digital World, there’s more to come). 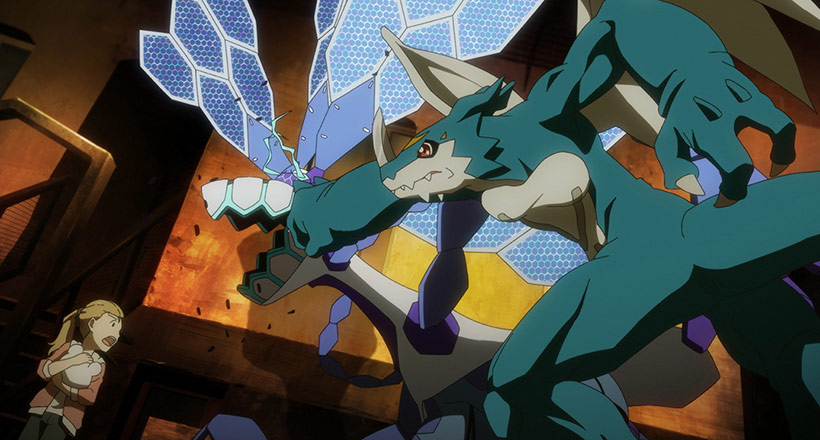 But if you’re a little less invested in the broader universe there’s plenty on the surface to enjoy too. The production values feel a nice step up from Digimon Adventure Tri with generally tasteful use of CG amongst all the traditional animation, and the set pieces were great fun. It’s all a little over the top, but that kind of comes with the territory and contributes to the Digimon Adventure vibe that it gets down pat. For fans of the English cast we get a number of recurring cast members, and the included featurette with Joshua Seth really shows the love and journey he’s taken with Digimon Adventure all these years later.

Digimon Adventure Last Evolution Kizuna, much like Tri, features a fully bilingual release so annoying fans who preface online arguments with “Actually…” (like me) are satisfied no matter which side of the fence they sit on. Well, mostly – there are some recast roles from Digimon Adventure 02 and not everyone from Tri made it back, but it is what it is I guess. The Japanese track was more what I was interested in and it sounds great in this release. The encoding is solid and the aforementioned featurette provides a really nice, bitter-sweet coda to the Digimon Advenutre journey.

My only gripe is the use of dubtitles in this one. While I realise they’re probably incredibly useful for longtime fans trying to watch it in Japanese for the first time, I wish that Shock had included an alternative subtitle track with the Japanese names. This way those of us who have been watching it in Japanese for a while wouldn’t have to deal with the moments of disconnect between hearing the Japanese names of characters or digimon and correcting our brains while reading the subtitles.

I appreciate the above is the kind of wanky otaku whining I’m probably a bit old to still be doing at this stage in my life, but I’ll leave it in this review regardless. 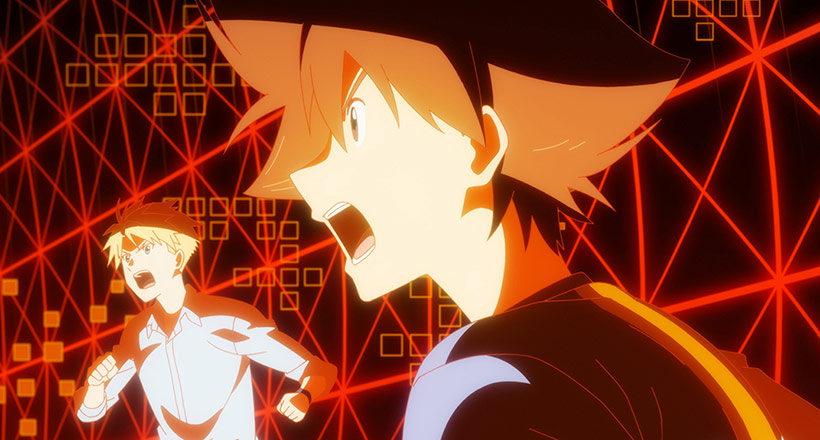 Dubtitle whinge aside, there’s an awful lot to love about Digimon Adventure Last Evolution Kizuna. The production’s solid with plenty of shinies, it’s bilingual, the story’s tight with great pacing and the ending is tremendous. I don’t think fans of Digimon Adventure 01 and 02 could have asked for something better than this – kudos to Toei for having the gumption to commit a really solid ending for a continuity they could have otherwise kept milking for years to come. 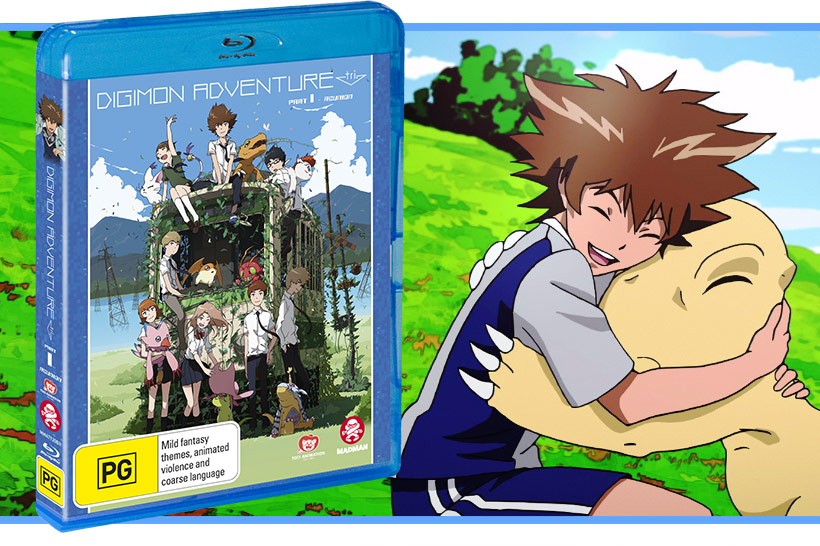 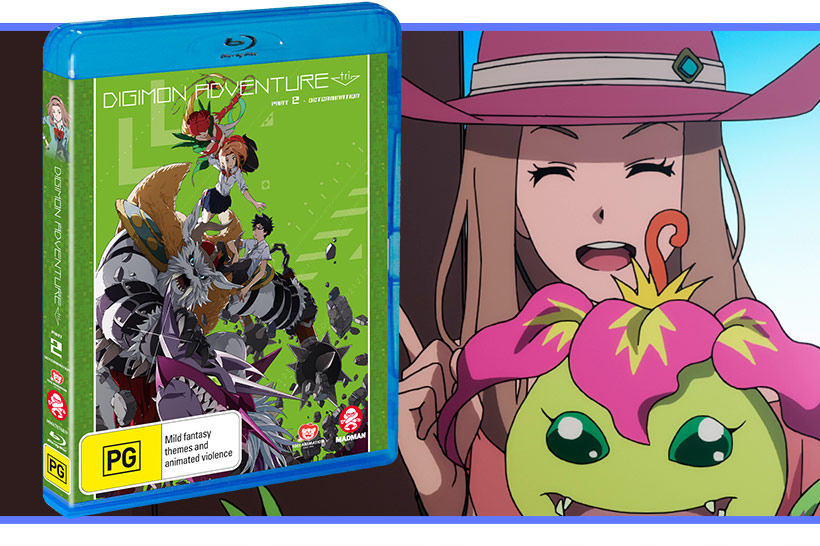