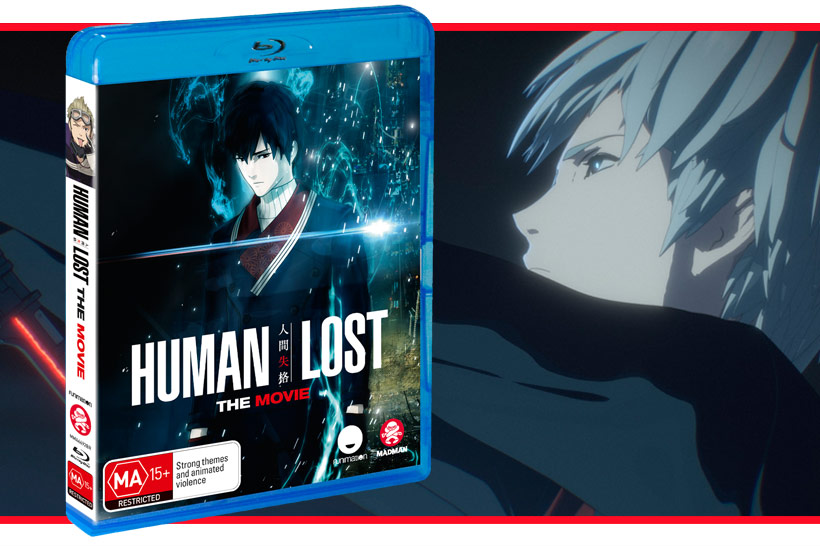 In the far-flung future of 2036 humanity is on the brink of a great rebirth brought about by advances in medical technology promising unnaturally extended lifespans and proverbial immortality through extensive medical implants powered by medical cloud-based technology. Not everyone is onboard with the seeming erosion of humanity and freewill through the implementation of these societal mechanisms, resulting in civil unrest and rebellion. Coinciding with disorder is the emergence of the Lost, humans unable to harmoniously live with the hyper-vigilant medical technology and genetic manipulation used to engineer the next evolution of humanity.

In this mix arises Yozo Oba, a human with the ability to evolve from his human form to something that can defeat the Lost who rampage humanity when activated through their rejection of the status quo. It comes down to Yozo to navigate the conflict between those who wish to extend the technological advances and those who wish for humanity to break free of the suffocation of the hyper-vigilant state.

Human Lost has a very interesting premise, and one not uncommon when anime lays on the techno/sci-fi mould to explore the intersection of technology, humanity, society and the encroaching powers of state-based agents. Akira and Ghost in the Shell, foundational anime in the international and Australian scenes in the 90s, are stunning examples of anime’s capacity to reflect on these conflicts. More recently, Psycho Pass explored some really interesting themes around the fallibility of AI in creating objective efficiencies in law and order, a conversation that goes back to Oshii’s thought-provoking Patlabor films over 30 years ago.

Clearly the team behind Human Lost thought the same because it draws an awful lot of inspiration from these series’ both outright and indirectly throughout the film. The use of sophisticated AI-powered medical controls and the themes of bureaucratic totalitarianism take a leaf out of Psycho Pass, the ambitious motorcycle sequence and underground youth counter-culture is very Akira, while the exploration of the meaning of humanity in the face of cybernetic enhancements presents similar questions that Oshii explored in Ghost in the Shell.

But where these other productions fused together a compelling, focused narrative with at times revolutionary visuals, Human Lost fails to do so. The dense narrative is reminiscent of a trend in OVAs and films from the 80s and 90s anime scene where the originally envisioned scope clashes with the realities of production and duration constraints, failing to successfully straddle the need for some deep and meaningful chatter versus ambitious action set pieces.

The story could be forgiven if the visuals were superlative, and objectively I guess they are impressive for what they are, but being a fully 3D-modelled CG film, it all comes off as an impressive in-game cut-scene from a video game. Which is fine I guess – if I were seeing visuals of this calibre in real-time on a PlayStation 5 I would be impressed, but a fully CG production seems a poor substitute for hand-drawn animation where it’s clearly trying to replicate anime using 3D models, as opposed to how Western 3D animated films have embraced it as a unique animation style distinct from hand-drawn animation. Polygon Pictures have certainly thrown plenty of shinies in here, and it’s a huge leap compared to when I saw the 3D CG version of Appleseed at the cinemas many years ago.

So it’s a case of pure subjective taste I guess. While it sounds like the production staff and director enjoyed the experiment, I hope it’s not something that will gradually overtake hand-drawn animation techniques as far as the broader industry goes.

For the local release of Human Lost we have a tight transfer that fails to get overwhelmed with the particle detail effects and bilingual audio. The extras include a great interview with the director and lead character designer that was refreshingly frank about the adaptation process, including discussing the influence of some of the anime I picked up on while watching the film.

Human Lost proves to be an interesting experiment. It treads familiar ground with some of the greats in the history of anime, but fails to carve out its own unique niche despite (and arguably because of) the ambitious choice of fully 3D-modelled CG visuals. 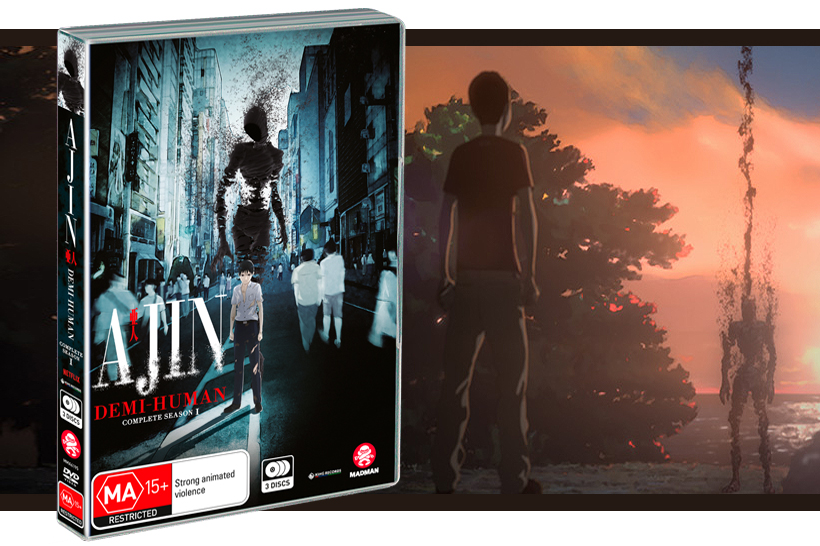