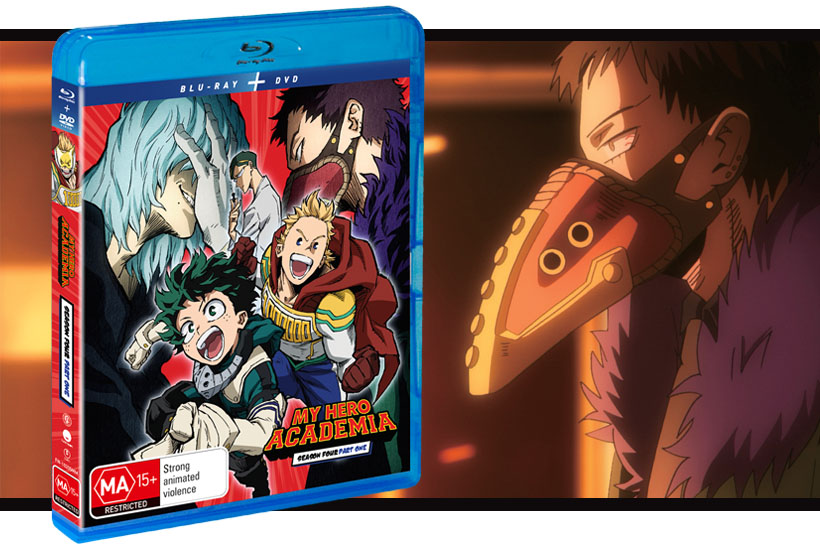 Following All Might’s retirement as the number one hero, Deku is working tirelessly to become the next Symbol of Peace and pursues an internship alongside fellow U.A. student Miro Togata at the hero agency of All Might’s former sidekick, Sir Nighteye. Meanwhile, a yakuza group known as Shie Hassaikai have developed a quirk suppressing drug through experimentation, and while Deku and Mirio are out on patrol they unexpectedly discover the subject of the experiments – a young girl named Eri. Desperate to be part of the effort to save Eri, Deku and Mirio prepare to take part in a raid on the Shie Hassaikai led by a group of pro heroes. 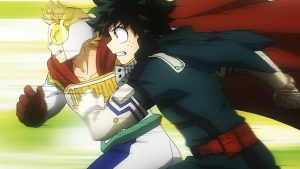 Starting with Deku’s one-on-one fight against Nighteye to prove he has what it takes to assume All Might’s mantle and join the Nighteye agency, the episodes in Part 1 propel headfirst into an action-packed and engrossing narrative. These episodes have a perfect set-up and pay-off with very little fat to distract from the main story, following Deku and several of his U.A. classmates as they undertake their hero internships. These internships see them coming face-to-face with a drug that can remove quirks, leading them to take part in a high-stakes raid on the Shie Hassaikai to destroy the drug and rescue the unwilling donor that makes such an invention possible. These episodes are excellent in the way that they progress the narrative and introduce the characters and audience to the key information required to keep the action rolling, while also working in fun elements such as seeing some of the older U.A. students and pro heroes in their element and showing off aspects of the criminal underworld that have previously remained in the shadows. 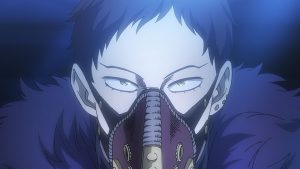 In the wake of All Might’s retirement and the arrest of the League of Villains’ leader All For One in Season 3, villains have been crawling out of the woodwork to seize the opportunity and fill the void left behind. Shie Hassaikai and its leader Overhaul (a man whose quirk allows him to deconstruct and reconstruct matter) is one such group, causing friction with Shigaraki and the League of Villains as the two groups vie to come out on top as leader of the criminal underworld. Overhaul and his yakuza are an excellent addition to the My Hero Academia world, with a great plague doctor aesthetic and a plan to reinstate the yakuza at the top of the criminal food chain. Overhaul and his retinue also bring a myriad of cool abilities to the table which make for great fights, brilliantly animated and executed by Studio Bones, throughout the raid on the Shie Hassaikai hideout. As to be expected of My Hero Academia, their quirks are creative and often terrifying, with Overhaul’s powers of deconstruction and reconstruction in particular used in a variety of chilling ways. The addition of the Shie Hassaikai add plenty of stakes to these episodes, with the lingering threat of a drug that removes quirks amplifying the drama ten-fold. Of course, Eri’s plight and Deku and Mirio’s determination to rescue her from Overhaul whatever the cost, add a sense of desperation and urgency that really make these episodes completely gripping, and some of the best in the My Hero Academia series so far. 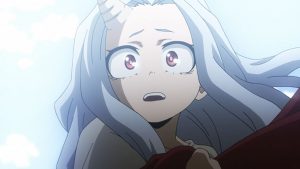 My Hero Academia Season 4 Part 1 wastes no time in charging ahead into high-stake, action-packed episodes that act as an excellent culmination of its previous seasons and a great stride forward in what is to come from the series. Whether it’s the danger of the Shie Hassaikai and their quirk supressing drug, or the heart of Deku and Mirio’s struggle to help Eri, Part 1 is full of drama that intrigues from start to finish and will please My Hero Academia fans and casual viewers alike. 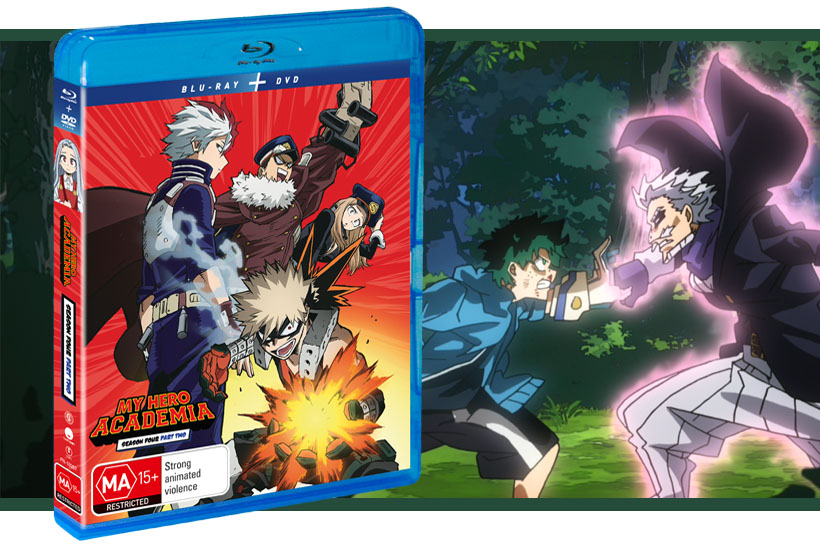