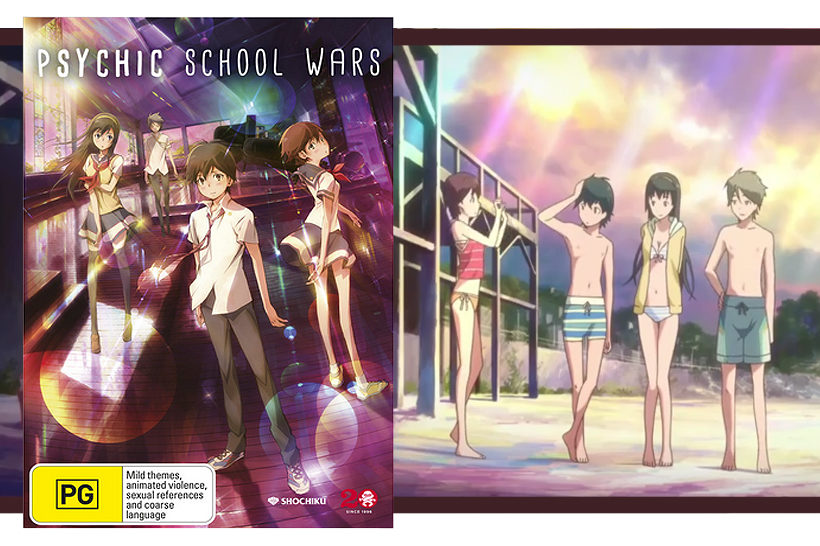 Psychic School Wars begins as many anime tend to, with the transfer of a new student. In this particular case, Ryoichi Kyogoku, a student proficient in telepathy, transfers to Kamakura Junior High. After a quick encounter with another student named Seki, who is somehow immune to the psychic influence, Ryoichi goes on to take over Kamakura with his psychic powers and influence other students to perform his bidding.

From here the plot thickens, and by that I mean it becomes so dense that it’s difficult to coherently explain. You’ll have to forgive me as I’ll be divulging most of the larger plot beats from the movie, but I need to do this as a form of detox. The bullet points are as follows;

There’s a lot of other things going on in the movie, but none of them are interesting, nor do I feel like mentioning them. This is simply because just thinking about the density of the movie causes me literal exhaustion. Ryoichi’s role in the story is confusing and he’s unsympathetic and uninteresting. Seki is a slightly better character but flimsy attempts to tell his back story and the stories of his friends are often undecipherable and I don’t have the will nor the energy to to discuss them. It doesn’t help that neither Seki or his friends seem phased by the gradual takeover of their school by psychics. It just seems like business as usual for the gang. It really removes any sense of tension from a movie when the main characters are attacked by fellow students but then have no qualms about showing up for school the next day. 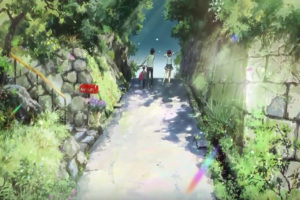 Perhaps the biggest problem with the movie was its lack of logic and connecting story elements. It became increasingly hard to follow as the minutes ticked by, and plot points and reasons behind the character’s actions are forever lost on me. The best example of this is a quasi-flashback scene that shows one of the main characters almost dying. The scene was so unclear that I had no idea the character was dying, what the scene meant, or that it had implications for the rest of the movie and why certain characters are the way they are. Once the movie finished, I attempted to research most of the large ‘twists’ in order to get even a little bit of understanding on what actually happened. I didn’t do it because I was interested in learning more about Psychic School Wars, I did it because I needed to find some meaning in the thing that I spent close to two hours of my life watching. Basically, I needed closure. 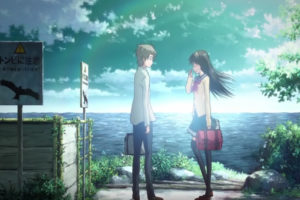 It’s not necessary for stories to explicitly explain their concept or universe. In fact, many of the best stories leave details unknown or vague for the express purpose of effective world building and audience intrigue. It means there’s always something to engage with and feel curious about, and lends a story to multiple re-watches or re-reads. But Psychic School Wars was just so muddled and unwilling to explain anything, there’s nothing to sink your teeth into. Everything makes no sense and nothing is fun, there is a mystery to solve but there’s so little of that mystery to examine and engage in because it’s a huge mess.

Ironically, part of the story is rooted in communication and how we can’t always understand people by talking to them. This is the focus of the subplot I mentioned in the bullet points about the school council trying to ban mobile phones. The presence of phones and  telepathy is thematic of communication and how despite talking to people we sometimes can’t really understand them. So it’s baffling to me that a movie about communication and its importance is so unintelligible. If your goal is to tell a story about how people are having difficulties understanding each other, perhaps you should first make sure you can actually communicate with your audience. 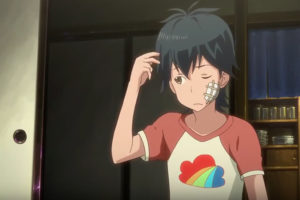 I wish Psychic School Wars had been a comedy. It almost could have been, and there was one particularly good scene  where Seki approaches the student council while in his swimming shorts and the upbeat portrayal of the scene made it genuinely funny. Unfortunately, it was the only part of the movie that was funny on its own merit and not out of stunned confusion. Perhaps the scene where Ryoichi casually reveals he’s from the future and lived on the moon also qualifies. But those moments were few and far between, so I can’t even recommend the movie on the premise that it’s ‘so bad it’s good’.

Even the animation loses its impressiveness towards the end. I mean, of course the animation of Psychic School Wars is good. It’s animation production was done by Sunrise, the folks who brought us Tiger & Bunny and Cowboy Bebop. The environments are certainly rich and beautiful at first and characters move fluidly, but the constant lens flares soon become jarring and the flurry of lighting in each scene soon loses its appeal. At one point I remember half laughing, half screaming when a particularly obnoxious lens flare appeared during a night scene. In fact, the flares became so prominent that a friend pitched the idea that they were literal manifestations of psychic energy due to the presence of those with telepathy. If only. 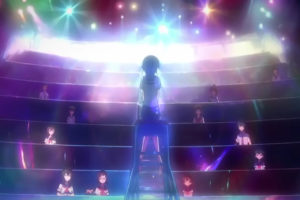 Psychic School Wars is baffling and worst of all, boring. At one point in the movie I began to look up anime tropes in order to make sense of some of the things happening onscreen.  I continued to browse for a good twenty minutes because I was so uninterested in what was happening. The movie is based on a novel, and apparently it’s been adapted multiple times. If you’re interested in this story at all, I suggest seeking out other adaptations first, though I can’t vouch for whether it’s the adaptations or source material that’s at fault.