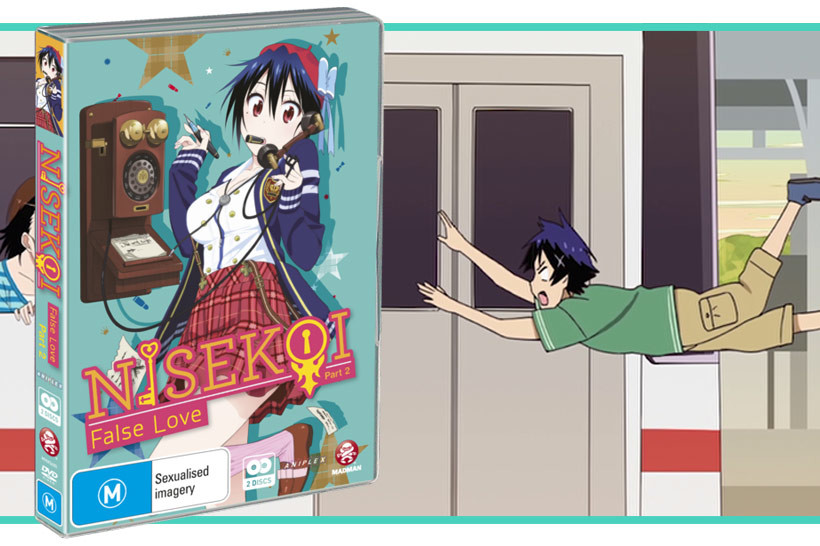 A few months ago I was pleasantly surprised in my review of the first chunk of episodes for Nisekoi. This release finishes up the remainder of the first season of the show, covering the next stage in the story arc. Going into this review I was curious where they were going to take the cast given the characters were ultimately overcoming the familiar setups the series borrowed from other properties. The end result is a little mixed, but certainly not a bad effort. 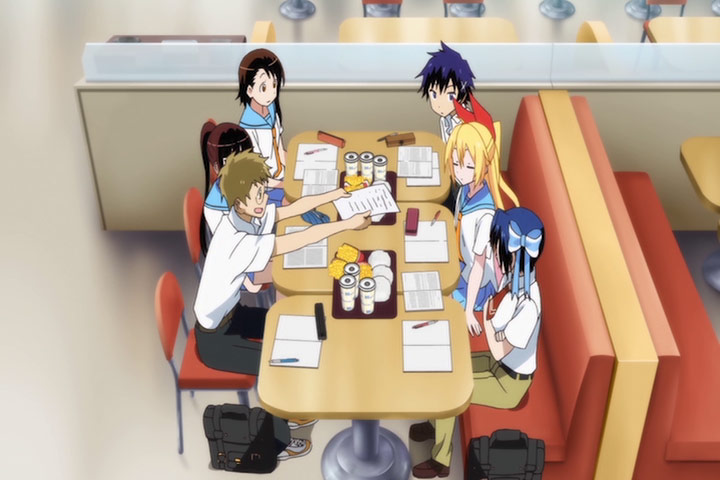 At the end of the previous season the key players were in an interesting place – the love triangle between Raku, Chitoge and Kosaki was developing, with Chitoge in particular fighting off some unwanted feelings towards Raku, who was finally getting more opportunities to spend time with Kosaki. The series picks up immediately where the last release ends, with the cast celebrating the return from the school camp trip and leading to Chitoge’s birthday and Raku finding out more about his mysterious pendant. Things get more complicated for Raku as we are introduced to the final member of the love triangle with the appearance of Marika, who claims to be Raku’s fiancé, so I guess it’s now a love square which sounds a bit rubbish. The remainder of this first season focuses on the disruption wrought by the third female cast member while juggling the emotional rollercoaster ride being experienced by Chitoge, culminating in a school play of Romeo & Juliet for culture fest. 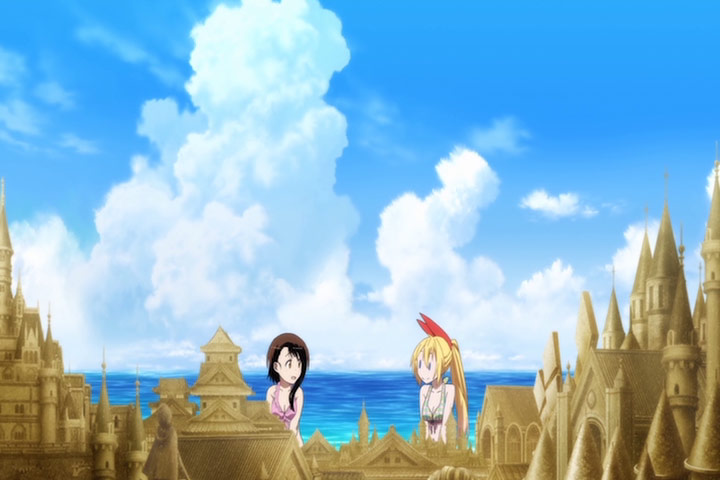 The by-the-numbers game is very much at play in this latter half of the series. Marika obsesses over her Raku-sama and does her best to fight off the other characters, but rather than spicing things up it starts to move the show into harem territory which adds yet another trope to its repertoire. It ticks a few more boxes with inevitable bikinis at a summer trip to the beach with the full entourage of female characters, unresolved musings around the mysterious past of the locket and the obligatory culture fest. The first run of episodes was able to overcome its tropes through the quality of its characters, but this half of the season struggles to maintain the pace and focus required to achieve this. Its saving grace is very much in the exploration of Raku and Kosaki’s unrequited feelings for each other and the brooding conflict between Chitoge and Raku that resolves itself well in the season finale, and while there were some strong points in other episodes it ultimately wasn’t able to develop the characters enough to offset this, especially Marika. 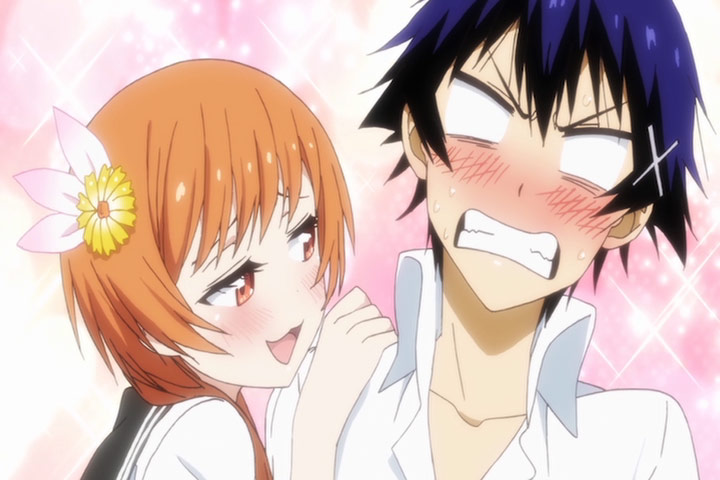 From a technical viewpoint, Nisekoi Part 2 is light around the edges, but still looks great on DVD and the 2-disc set ensures that the transfer doesn’t get knocked about with excessive macroblocking and other artefacts. Extras are slim, featuring textless ops/eds and there’s no English dub on this one, though this didn’t bother me. 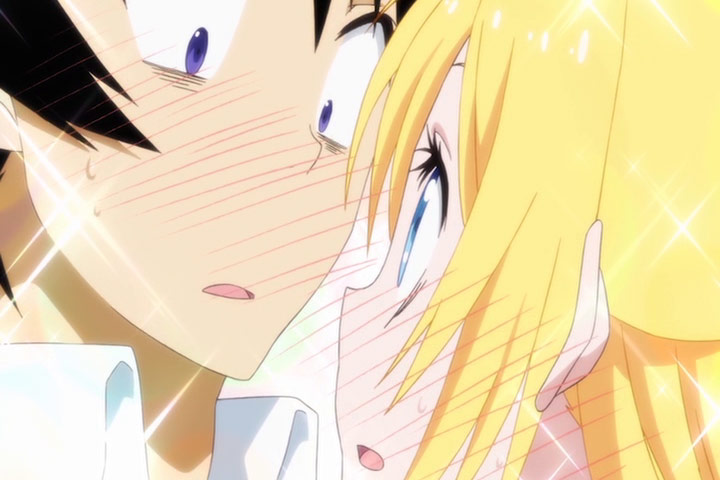 This being said, it isn’t as though this is a bad show – it’s still an interesting and at times genuinely entertaining slice of life/rom com anime, but wasn’t able to overcome its genre baggage as well as the first half of the series. If you enjoyed the initial release though, I’d still highly recommend you check it out as it’s nice to be spending time with the cast again. While the finale was a reminder of how the show can get it right, it’s just a shame they weren’t able to push things a little more as a general rule with this arc as there’s good potential in there. 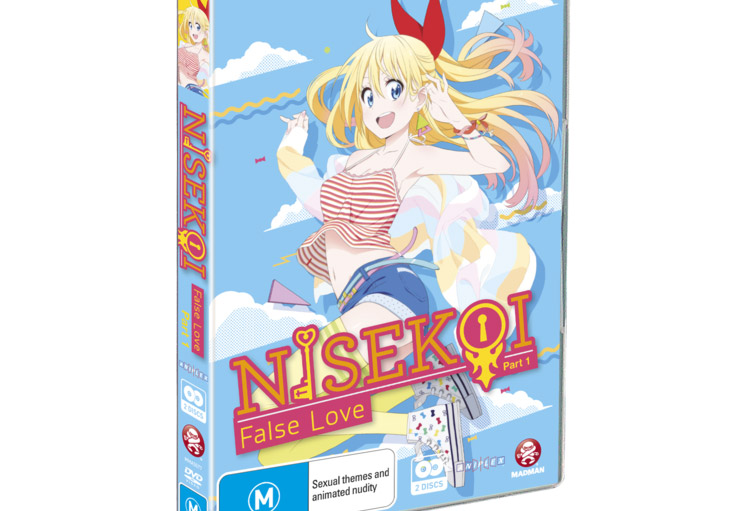 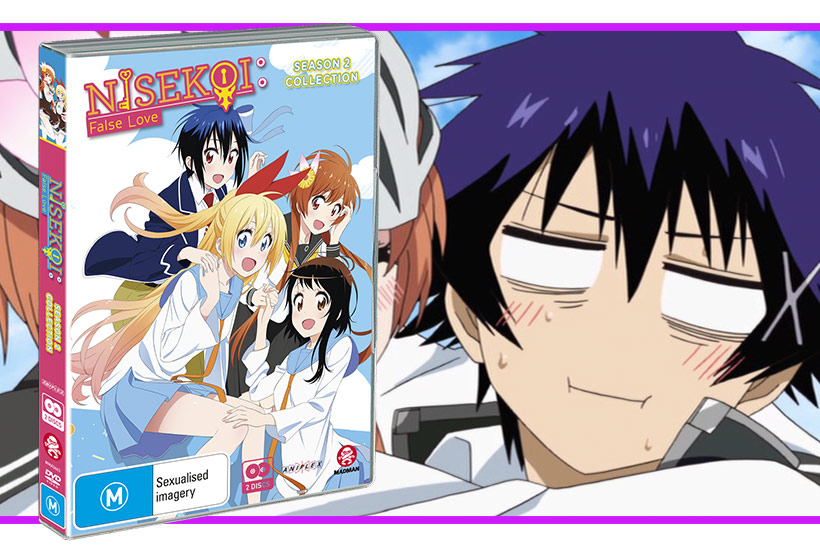 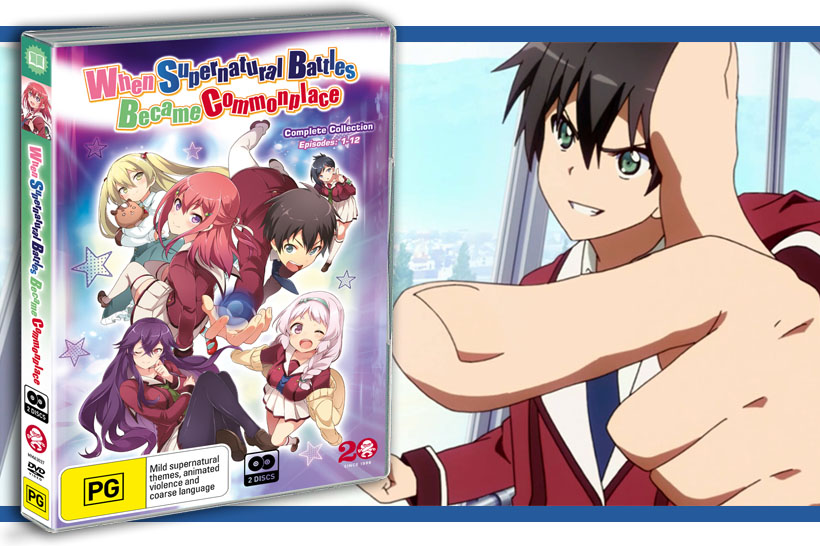