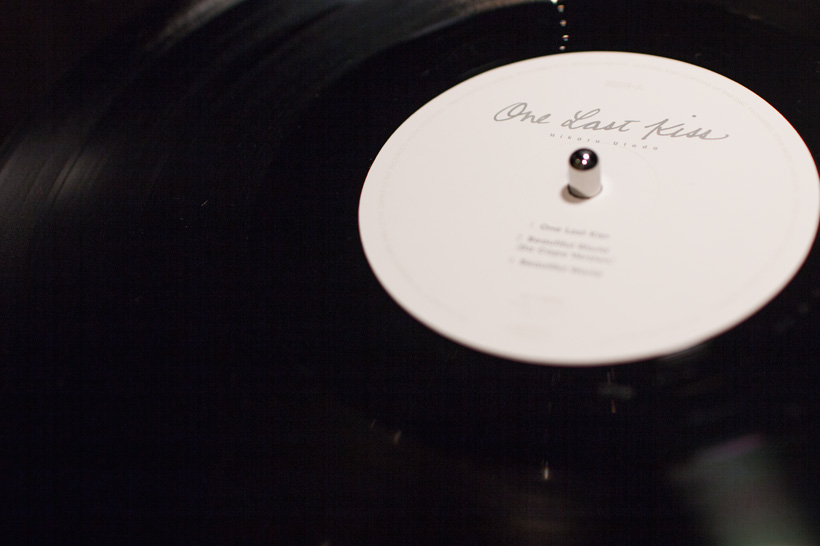 One Last Kiss, veteran Japanese pop star Hikaru Utada’s latest release, has managed to sneak an anime EP release into the international charts that has defied expectations with huge critical and commercial success. With records dominating physical sales of music, Utada was kind enough to simultaneously release her latest onto both digital and vinyl formats in Japan. Because nerdery knows no boundaries and the title track, One Last Kiss, was released as part of Evangelion: 3.0 + 1.0: Thrice Upon a Time, let’s take a look at the vinyl release to see how it stacks up.

One Last Kiss’ EP release kicks off with the title track. It’s a great contemplative low-fi dance track with a heavy synthwave/vaporwave feel. Utada’s vocals gently dance across the platter with some great indie phrasing that breaks away from a more typical pop song, easily floating between Japanese and English – something she’s famous for doing. Thick, dense synth sits alongside a 4:4 house beat with plenty of minor-chord feels and is accentuated with a bit of piano to lighten things up.

The mastering of the record effortlessly rolls into the Da Capo mix of Beautiful World. It’s a smart transition – despite the stylistic differences, the bass beat at the start is a nice echo of her work with SquareEnix in her vocal tracks for Kingdom Hearts (or at least that was my impression). It’s a great continuation of the heavy synth and naked vocals with some great piano counter melodies that brighten it up. Where One Last Kiss felt a touch artificially bloated on this vinyl release (I’m assuming as a result of trying to replicate a sense of analogue mastering for the digital releases), the mastering on the low end comes off a bit more balanced with the vinyl pressing injecting natural surface noise to boom it out a bit.

Mind, this will vary according to turntable, cartridge, pre-amp and amplifier chains, so your mileage will vary.

Rounding out Side A is the vanilla mix of Beautiful World, previously featured in Evanglion 1.0: You Are (Not) Alone. It’s a solid pop song with typical layering, structures and melodies. The more melancholic, hyperbolic synth from the Da Capo mix (as well as One Last Kiss) is missing so it’s a nice contrast and gives Utada’s vocals plenty of space to echo across the track. 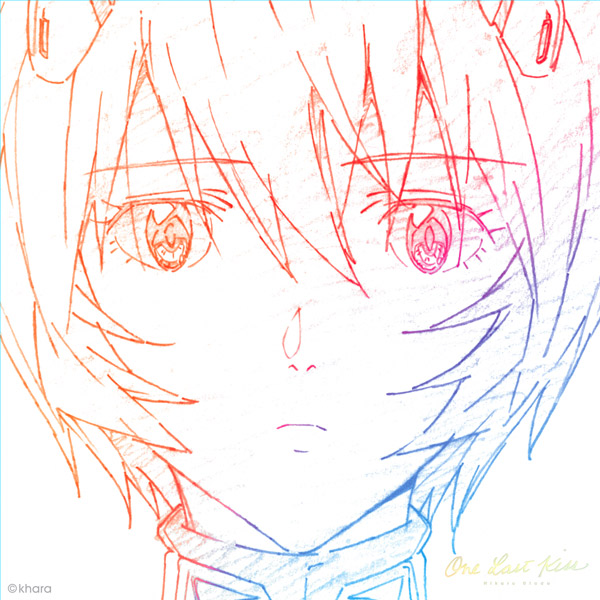 Side B starts with the PLANiTb Acoustica Mix for Beautiful World. At this stage you’d be mistaken for thinking this was actually a compilation of Beautiful World rather than celebrating One Last Kiss, but the mix and feel here’s quite different and takes out the electronic and modern pop sensibilities of the former two versions and rolled in acoustic guitars, earthy drum kits and inoffensive bass guitar strums, occasionally punctuated with some brass and synth strings to keep things going. There’s a strong mix of organic performances alongside Utada’s typically clean pop vocals that feels great. Granted I’m showing my age, but it does remind me of early-mid 90s indie pop – this isn’t a criticism by any stretch as I think this may be my favourite version on this EP, just an observation. Fans of Eva will recognise this as the ending theme to Evangelion 2.0: You Can (Not) Advance.

Sakura Nagashi, the ending theme for Evangelion 3.0: You Can (Not) Redo, is beautifully contemplative – Utada’s pitching her vocals a little lower with plenty of vibrato and restraint, complemented by strings, piano and an absence of any percussion before opening up half way through to transform into a delightfully passionate pop ballad. Smashing drum beats are joined by wailing guitars, synths and melodramatic strings into a fantastic, moody pop crescendo. Surrounded by a touch of perfectly clean surface noise from the record, it’s a fantastic and somewhat self-indulgent piece of music.

The One Last Kiss EP ends on an absolutely spectacular smashing of soulful fan service in a great cover of Fly Me to the Moon. There’s plenty of 90s pop R&B as Utada belts out this classic song (all in English of course) with lashings of funk that should be guaranteed to put a smile on the face of any Eva fan. This was also previously featured in Evangelion 1.0: You Are (Not) Alone. 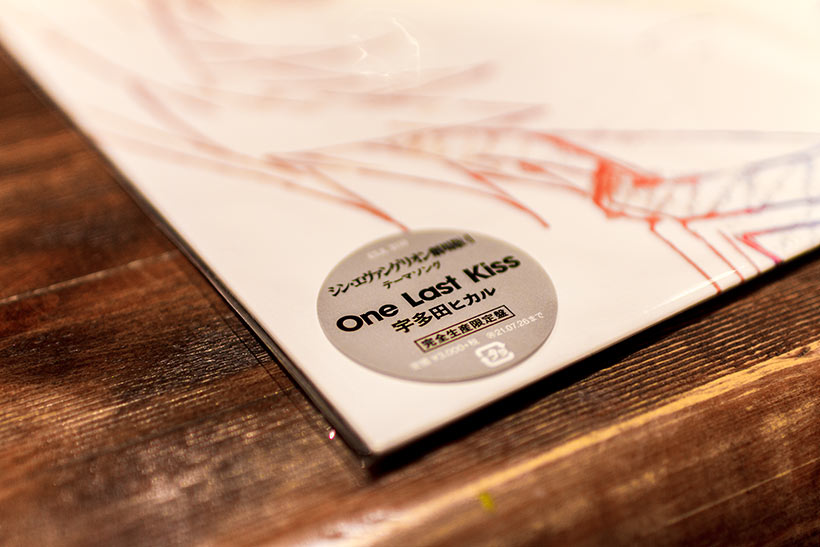 Taken on the whole, this EP is a great way to enjoy Hikaru Utada’s latest single, One Last Kiss, but fans of the Rebuild of Evangelion films get a fantastic compilation of Utada’s contribution to these iconic films and transforms it into a great EP. While Beautiful World takes up half of the playtime, it’s a great excuse to bring them together to enjoy all of them in a complete package.

Thankfully it’s not just about satisfying fans – we’ve got a really great pressing and the mastering has been handled well to suit the vinyl format. I initially had some tracking issues and there’s a bit more edge wobble than I’d like in an ideal world, but after adjusting the anti-skate to recalibrate my turntable it’s been smooth sailing. As I mentioned above, One Last Kiss does sound a touch boomy (is that even a word?) to my ears and the bass could have been tweaked a touch, but it’s probably a stylistic choice and would probably inject just the right sense of analogue warmth in a digital playback environment.

Interestingly, after spinning the record for the third of fourth time to write this review I’ve put on some vintage Seiko Matsuda (specifically her 1987 LP, Strawberry Time) while putting these thoughts together. It proved an interesting comparison on a technical level as the pressing and mastering comes across a touch more relaxed compared to One Last Kiss. Granted Strawberry Time was possibly mastered in analogue from start to finish which explains the different sound signature, but I thought it a really interesting comparison regardless. It’s also a good excuse to talk about Seiko Matsuda who is super rad. 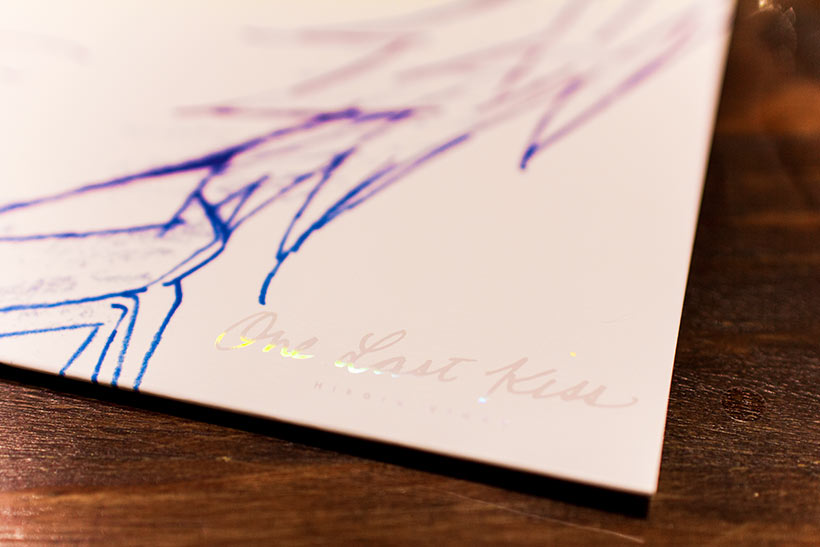 In terms of the physical package, this is a lovely, understated yet bold release. The matte cover features a beautiful sketch of Rei punctuated with colour throughout the linework, with the title and track listing on the rear noted in foil-embossed text that gives a great rainbow effect when the light hits it, complementing the colour choices for the lineart. In still pictures it may seem a touch reminiscent of 80s kitsch, but in practice it’s really lovely to behold. The record itself is housed in a decent quality soft plastic inner sleeve cut to fit the record with a double-sided insert noting the track details and lyrics. Where some anime LP covers can come off a touch gaudy, this is tastefully done.

As I had pre-ordered my copy there was also a bonus sticker sheet included. Between the sticker sheet and the scarcity of the release, the internet suggests this makes my copy a Limited Edition version, though I’m not sure how history will judge this given there’s already been at least one repress and I imagine more to come. 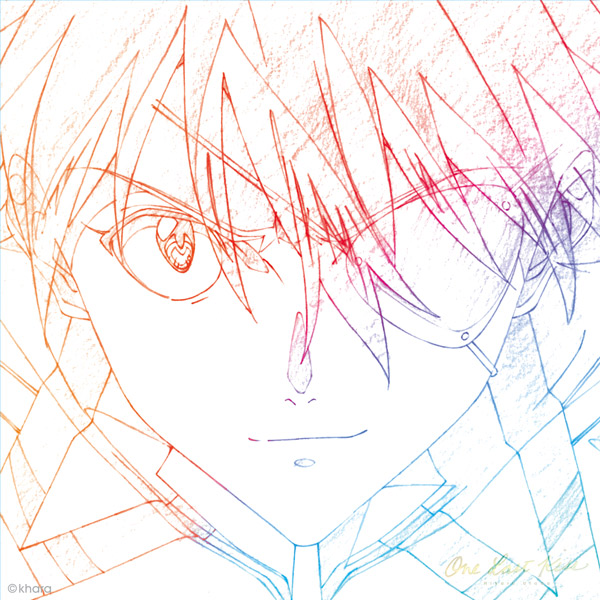 Assuming availability continues to prove difficult, Utada’s announced that there will be a forthcoming international release featuring Asuka on the main cover (leaving Shinji as the main character featured on the CD and other digital releases). If the One Last Kiss EP sounds like your jam I’d suggest keeping an eye on her website – at the time of writing it looks like Milan Records is handling the international release with some really cool variants on the vinyl pressings. Given how much I enjoyed their release of Cowboy Bebop’s OST, I’d hazard some excitement it’ll turn out well.

All up, I have to say I’ve come away really happy with Hikaru Utada’s One Last Kiss EP. The tracks all stand up as great J-Pop songs and this release does an excellent job capturing all of the vocal tracks from the Rebuild of Evangelion films. The quality of the record’s pressing is very good aside from a little edge wobble in my copy and the packaging is made to a high standard. If anime soundtracks on vinyl make you happy this wouldn’t be a bad way to burn ¥3,000. 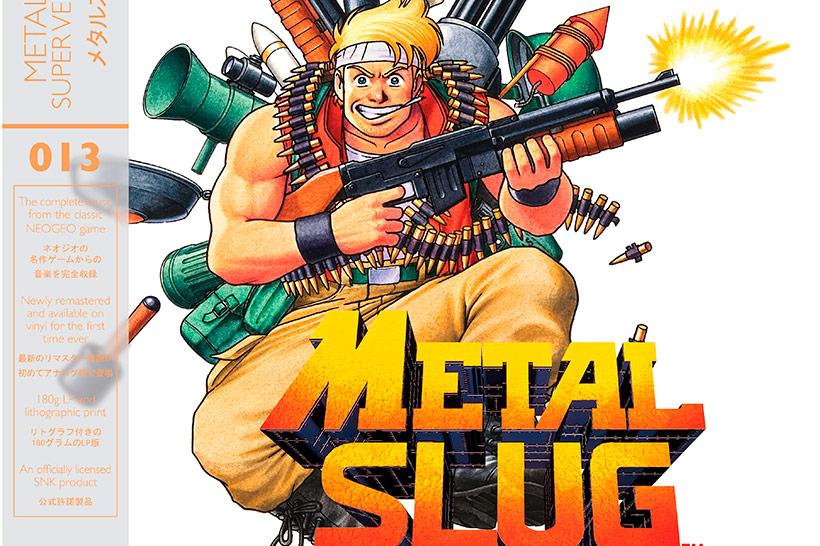 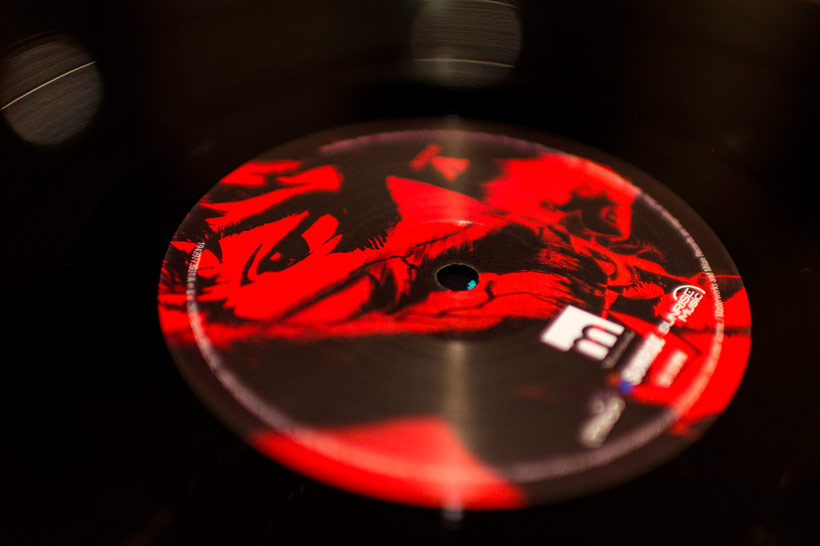 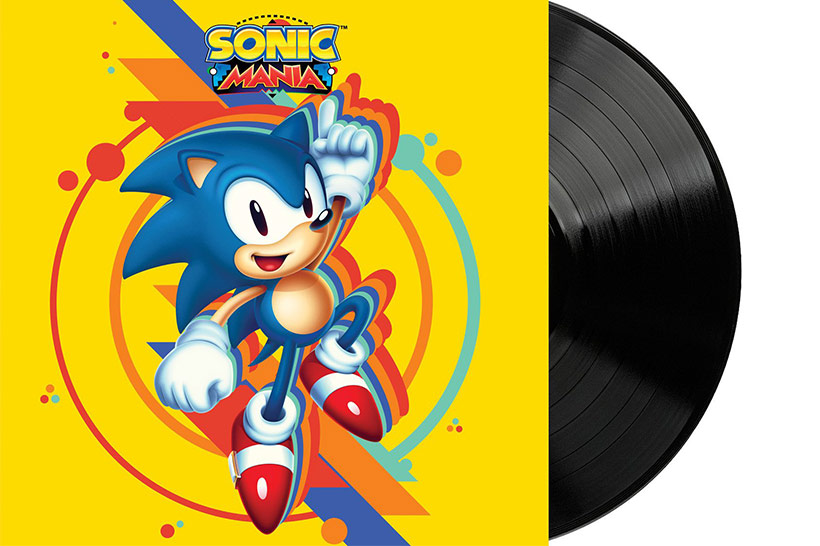