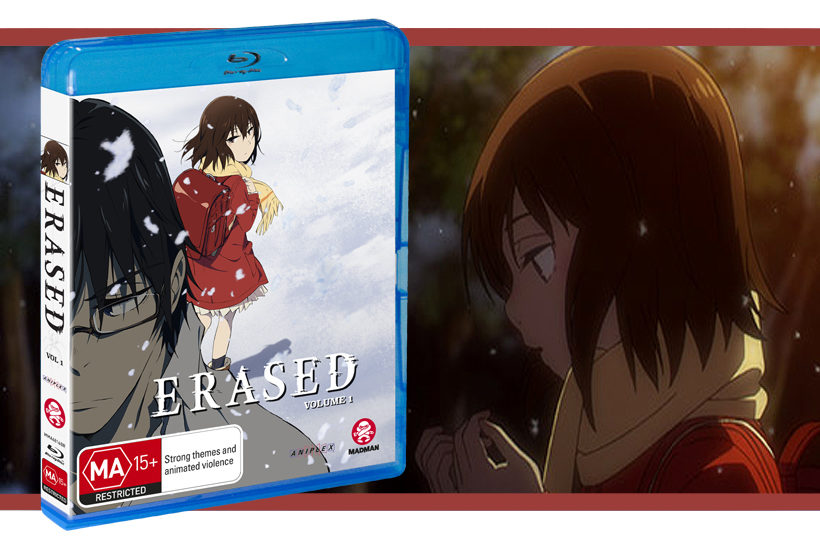 Satoru Fujinuma is a directionless pizza parlour worker who wants to create his own manga, but is struggling to find anyone willing to show an interest in his stories. Although his day-to-day life appears mundane, Satoru’s past is consumed by memories of his classmate Kayo Hinazuki, and two other children who were murdered in his hometown when he was ten years old. On top of that, Satoru possesses the power of ‘Revival’, a power that sends him back in time by several minutes in order to prevent a tragedy from occurring. However, Satoru is not in control of this power and he tends to be haplessly flung into situations more often than not. After an incident where ‘Revival’ activates and Satoru saves a child from a traffic accident, he quickly becomes entangled in a murder mystery when someone close to him is killed and ‘Revival’ activates, flinging Satoru back to his childhood. With knowledge of the murders of several of his classmates before they’ve happened, Satoru sets out to befriend Kayo and right the wrongs of not only the past, but in the future as well. 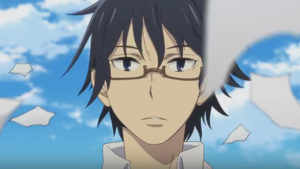 Erased is a well-paced, character strong anime that is easy to become emotionally invested in. These strengths are present in the very first episode which introduces Satoru, his workmate Airi, and his mother Sachiko, as well as the power of ‘Revival’ and the mystery of his murdered classmates without feeling too bloated. The episodes set in the past are paced just as well, with introductions to his school friends, development of his friendship with Kayo, and even just his everyday life living with his mother. The pacing of Erased works so well because aside from several characters you are simply supposed to hate because they are either murderers or abusers, the cast are all likeable in their own ways. Satoru seems emotionless and passive at first, but his actions during ‘Revival’ shows that he does care about the well-being of others, and is trying is hardest to save Kayo from her terrible fate. In the present, Airi is sweet and kind of dorky with a strong set of morals, Sachiko is clever and sometimes terrifying in her observations of others, and in the past Kayo is both so open and warm in her own way, but suffers so terribly at the hands of the adults in her life that she appears cold and closed off. This works extremely well in the show’s favour because once you’re emotionally invested in these characters, every moment in Erased fluctuates between being one of intense heartbreak or extreme gentleness. 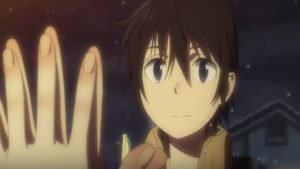 Aside from a solid setup and characters, Erased also has a great soundtrack. I’m not just referring to the opening Re:Re by Asian Kung-Fu Generation (which I never even had the tiniest urge to skip), but also the soundtrack for the show composed by Yuki Kajiura. I usually don’t notice music without lyrics in anime, let alone in other forms of media, but in Erased I not only noticed it but actively enjoyed it.

This volume of Erased contains the first 6 episodes of the series. As usual, the disc also contains a textless opening and closing, and a few trailers. There is also commentary for episodes 1 and 6, with staff who worked on the show, including the voice actors for adult Satoru and Airi. There’s a few fun personal anecdotes in there and a discussion about their working methods, as well as some light-hearted speculation on the identity of the murderer. While I’m on the topic of voice actors I will also add that both the Japanese and English cast are great, but I found the delivery of the Japanese voice actors a little bit more on point when it came to comedy. It might just be up to personal tastes, but it was much funnier hearing Satoru calling his mother a yokai, and unintentionally blurting what he’s thinking out loud in Japanese. 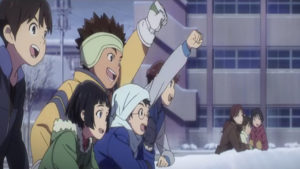 Erased is a strong show because it’s got a good idea of where its focus should be. Satoru’s ‘Revival’ power has importance, but only as a method of exploring the story, and not as a focus for the show. This is also reflected in the identity of the murdered, as while who they are is certainly important and the mystery is engaging, Kayo is the focus right now and the most important thing is making sure she is safe. I suppose the worst thing about this release is that it separates the series in two, cutting the story in half during a tense cliffhanger. Oh well, here’s to volume two. 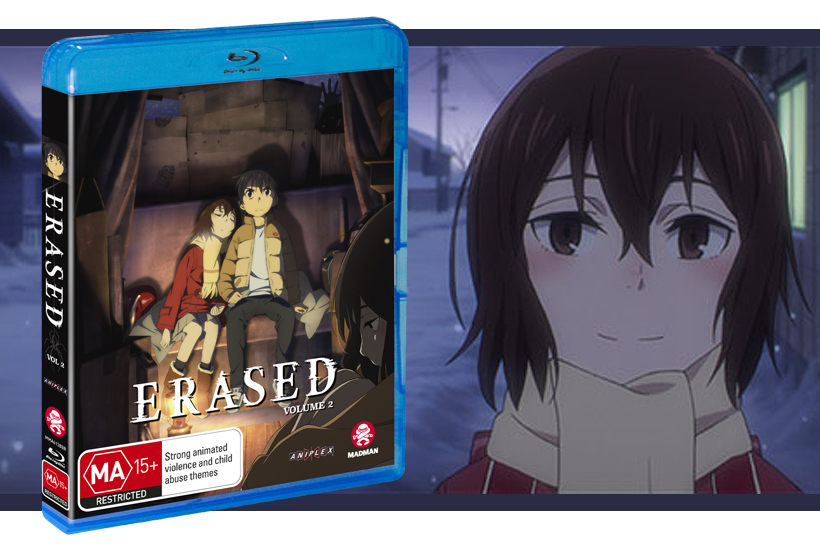 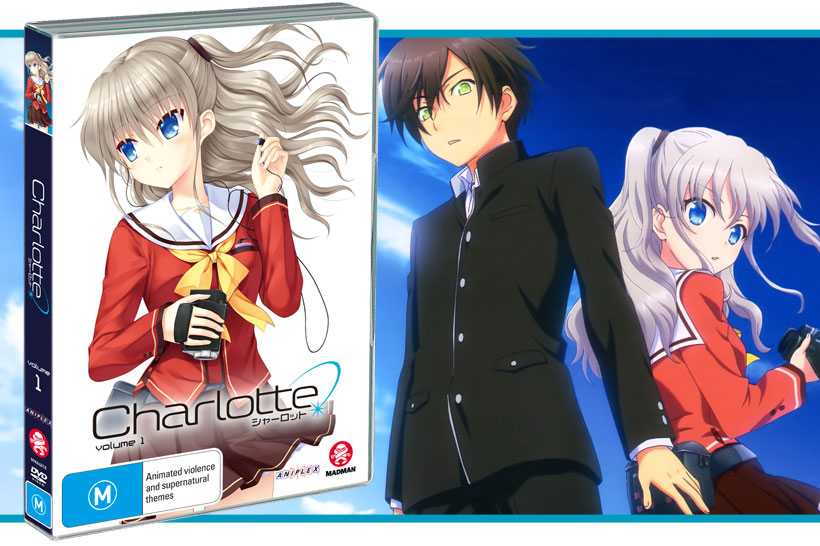 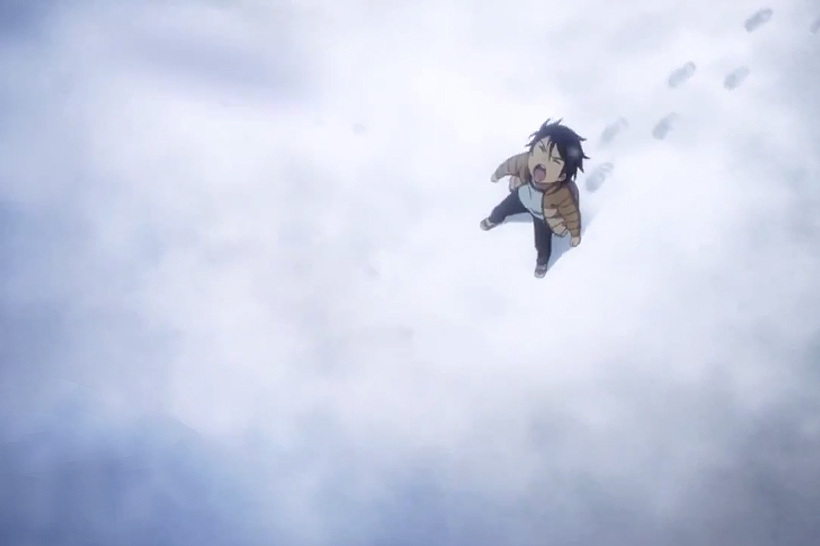