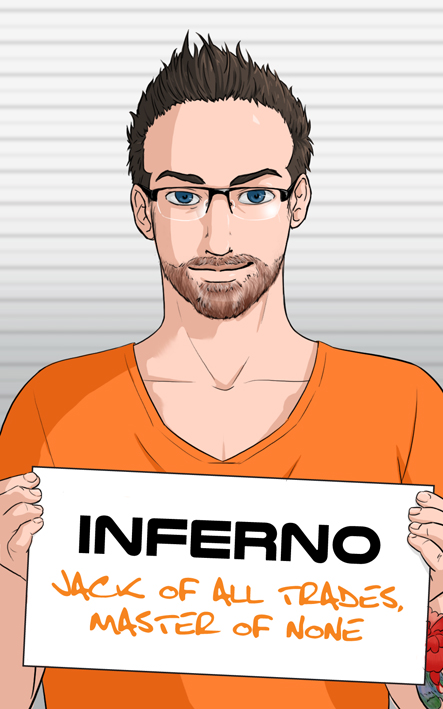 Adam, along with his best mate Sean set out to create an uber awesome Australian anime community many moons ago and the end result was Anime Inferno. A website that didn’t take itself too seriously and was a bit of fun for the typical anime fan to download a cool wallpaper, read the latest review or start a flame war at the forum.

Sean introduced Adam to his love of anime – screening VHS fansubs of classics like Berserk, Akira, Porco Rosso & Wings of Honneamise, it didn’t take him long to get hooked.

These days Adam works as a graphic designer, has a beautiful family and is still an avid collector of the latest Blu-Ray or DVD anime series – he even gets time to watch a bit of One Piece, mainly because his young daughter loves Luffy the pirate!

Adam also loves his video games. His first console was the Mega Drive – playing Altered Beast and Ghouls’n’Ghosts and wanting to chuck the controller at the screen and wondering why he kept on dying. In the modern day he is admittedly a Sony fanboy and likes to dabble in the occasional first person shooter, RPG or fighting game.