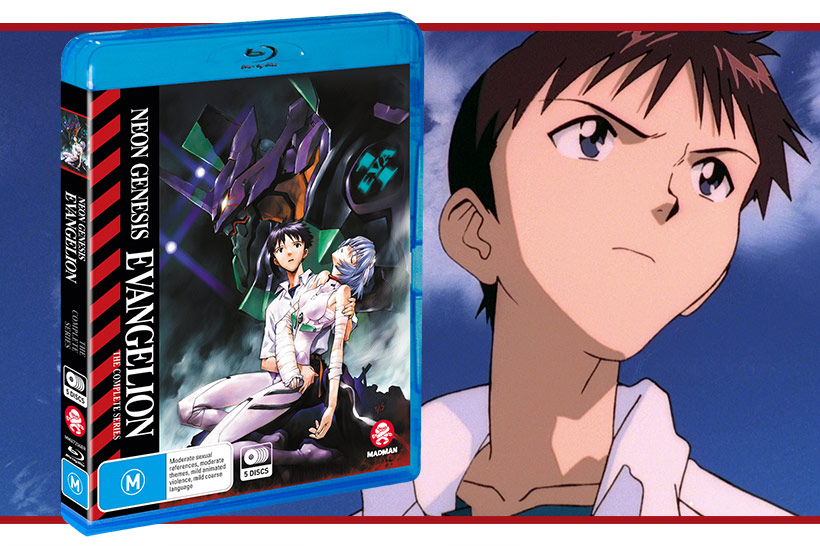 Neon Genesis Evangelion The Complete Series has arrived on Blu-Ray in Australia. And my god, it is just as amazing now as it was when it first released locally on VHS back in 1998.

I’ll be honest – I’ve been wrestling with how to even approach this review for a while now. Watching Neon Genesis Evangelion again as part of this release saw a huge wave of thoughts bust through my brain. It was difficult to quantify what it means to watch Eva in 2022, let alone consider it’s huge importance to anime in Japan and the enormous impact it had to the Australian and Western anime scenes. 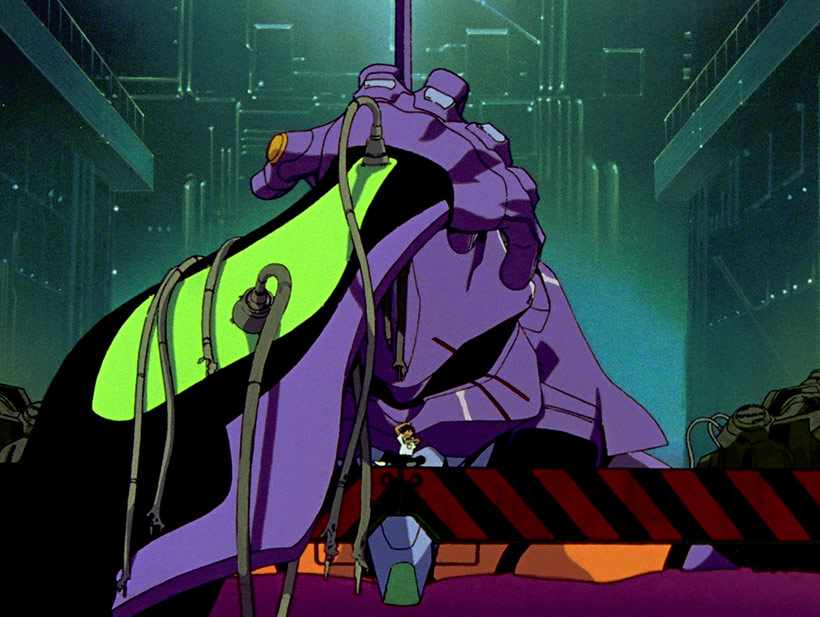 I remember my first impressions well – in the late 90s there was huge chatter online in the burgeoning anime fan community, especially in the online space. Scans of Eva-related imagery were floating around the internet, while in magazines like Animerica you’d often see advertisements for Eva-related merch. Import specialty stores were selling the huge variety of OSTs that came out in the wake of the series, though let’s be honest – the majority of those were Son May bootlegs.

ADV managed to score the international rights for apparently a song from Gainax and assembled their usual array of voice talent, slapped in their favourite sans-serif font across the ops and eds and slammed in an array of overlays across the iconic, almost minimalist font work from the original Japanese release. At 2 episodes per tape, it was a tough time being an anime fan but the quality of the production made it worthwhile. 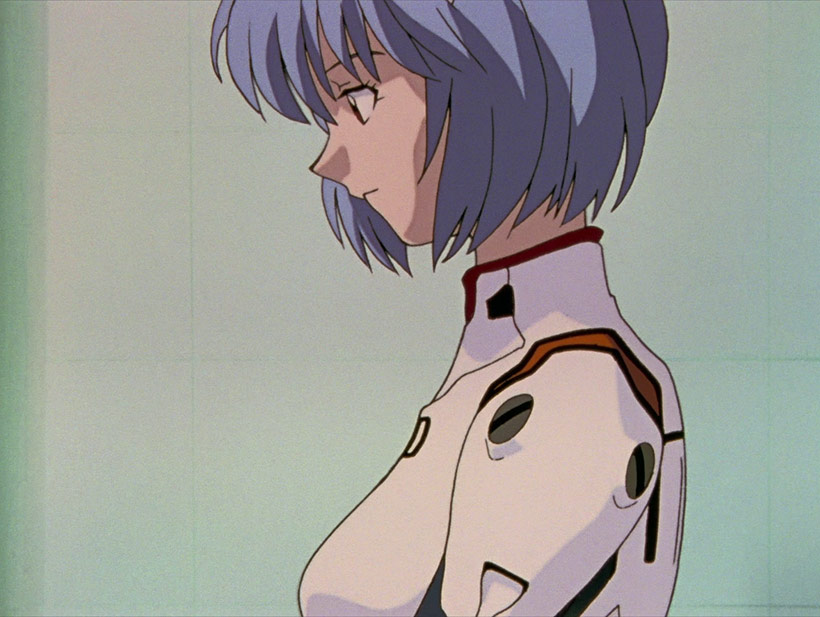 Meanwhile over in Australia, Madman began rolling out the local releases on VHS to cult movie specialists and neighbourhood rental haunts. In an unexpected surprise though, SBS stepped in to sub-license the entire series for a free-to-air TV run in 1999. The results were electric – across the country anime fans were able to build off the momentum from Des Mangan’s legendary Cult Movie anime picks (which included Ninja Scroll, Ghost in the Shell, Patlabor, Akira, Porco Rosso, Wings of Honneamise and the Castle of Cagliostro amongst others) and indulge in the ultimate, subversive giant robot anime that is ultimately not about giant robots at all.

The massive exposure of Evangelion would hook in a new generation of fans in Australia, becoming part of those early waves where groups would come along on the coat tails of those transformational early properties – Robotech, Sailor Moon, Dragon Ball Z – and result in SBS continuing to mix up their anime programming with further TV series’ like Bubblegum Crisis 2040 in the future. 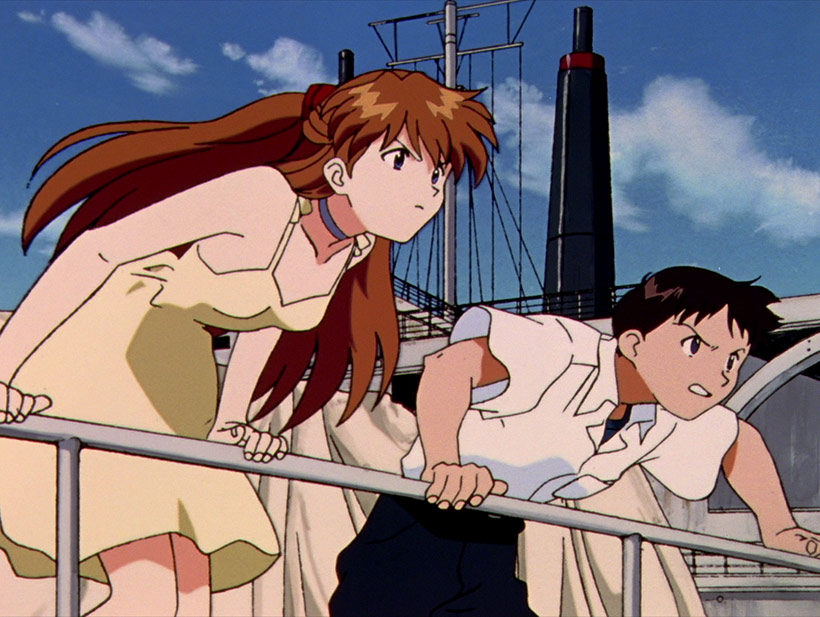 But beyond our shores, Evangelion generated huge waves. It made ADV an enormous amount of money, would see Gainax getting caught in dodgy accounting practices as it struggled under the weight of the unexpected income stream, resulted in huge delays for the theatrical releases as the studios demanded substantial licensing fees in apparent retaliation for ADV’s (allegedly) low licensing costs for the TV series and see multiple standard definition releases on DVD before the surprising Netflix deal which saw the coveted Japanese Blu-Ray masters released to the global giant’s streaming network complete with a new dub alongside the Director’s Cut, something previously restricted to the final DVD releases that were garnering big money in the second hand market.

When Madman announced collector’s edition releases the excitement was palpable, and with Neon Genesis Evangelion The Complete Series arriving as a stand alone box set in March at an eye-wateringly low cost, it was a perfect opportunity to indulge in this classic series. 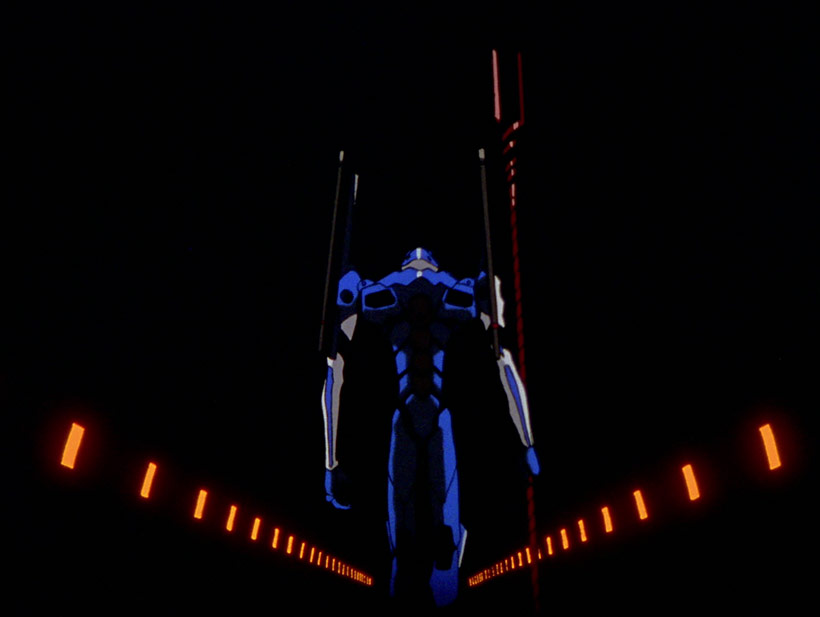 Neon Genesis Evangelion re-established what anime could do as a medium – it is equal part mecha ‘splosions, dystopian future sci-fi, global conspiracy thriller, religious judgement end of days, the problematic nature of interpersonal relationships and the exploration of a psychological breakdown of a director manifesting itself in an anime.

The incredibly cryptic and multi-faceted storylines fuelled fan speculation and discussion for years. The many readings of the series, ranging from giant robots go boom, secret societies pushing towards a new order based on ancient religious prophecy, the Shinji/Gendo relationship echoing Director Hideaki Anno’s relationship with studio executives, the manifestation of the angels as representative of Shinji’s sexual transition to adulthood or a reflection on the problematic nature born of man’s scientific endeavours violating the laws of nature.

Maybe that’s the beauty of it all – depending on how far or what direction you want to to dive there’s an awful lot to plumb with Neon Genesis Evangelion. 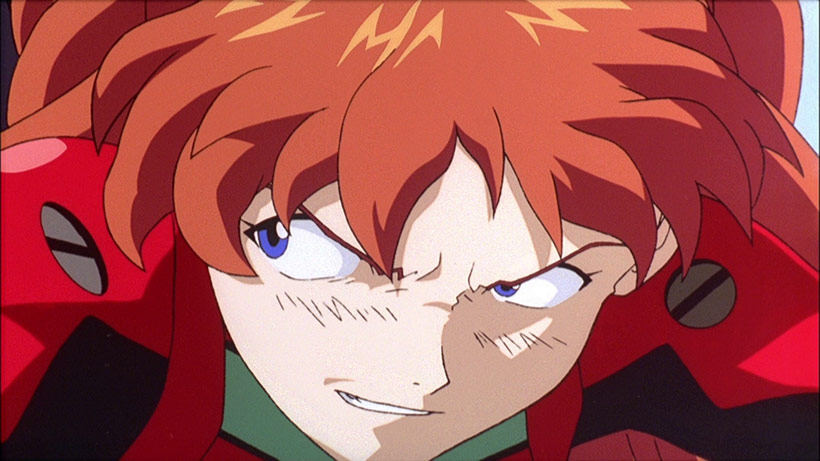 To say the presentation in Neon Genesis Evangelion The Complete Series is stunning would be an understatement. The original 16mm film assets have been scanned in immaculately – high bitrates on the encoding really sees this shine across the multiple displays I’ve thrown at it, including running it through the 4K scaling engine in my Sony UPB-X800. Noise reduction is kept in check to avoid the smeariness often associated with a “modern” mastering and the encoding never fails, even with those high motion sequences. The 32mm film scans for Death and End of Evangelion are even more impressive given the previous DVD releases from Manga Entertainment were letter-boxed 4:3 standard definition masters and looked pretty rough even at the time of release.

Audio is fantastic as well, including the original stereo mix in Japanese, the Japanese 5.1 surround mix and the new English 5.1 mix across the TV series and movies. For the sake of completeness I’d love to have seen the ADV dub, warts and all, included in there but that’s more a novelty than anything else. Audio’s high resolution and lossless to boot, and as expected it sounds fantastic. I didn’t bother with the new dub, but I’m assuming it ticks all the boxes for those so interested. 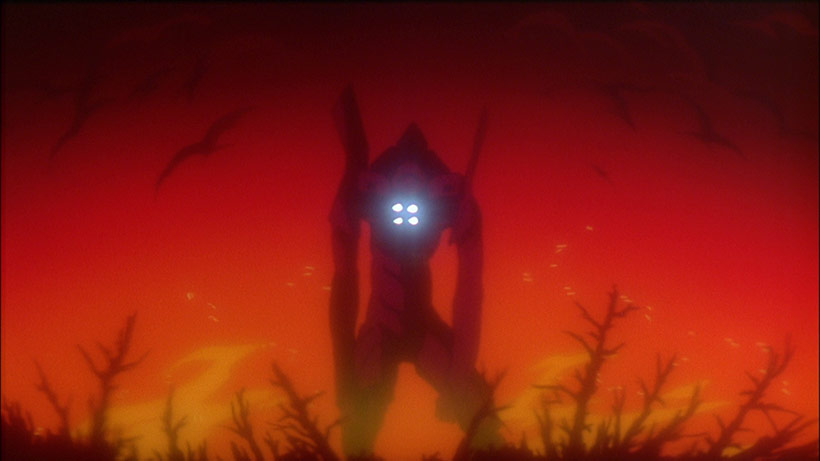 In addition to containing the Director’s Cut version of the series, this also contains a stack of extra materials. The TV series features a number of animatics, but the movies’ bonuses are fantastic. We get the Q&A with the core female seiyuu and full selection of trailers from the Japanese Death & Rebirth laserdisc releases, then for End of Evangelion we get production featurettes, the full live action sequence filmed for the movie, trailers, music videos and all sorts of other stuff.

This all results in one of the best anime box sets I’ve ever had the pleasure of checking out. 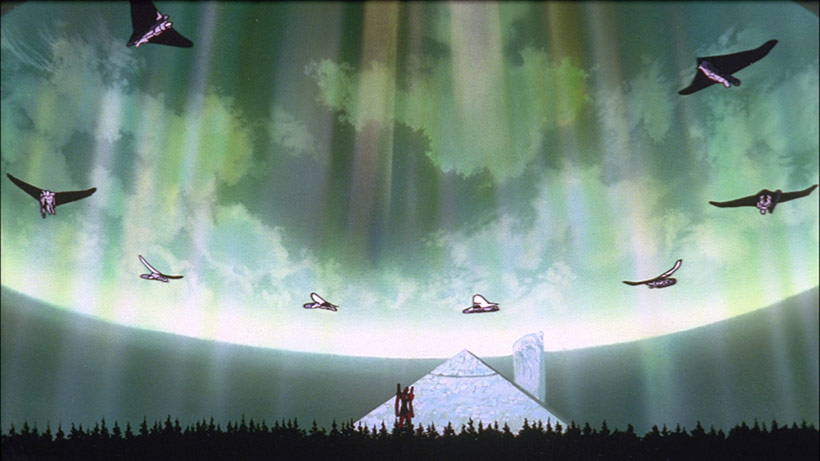 Neon Genesis Evangelion The Complete Series contains the best rendition of the TV series, a full capture of the two theatrical films with a pristine HD transfer and lossless audio. The included features include materials I haven’t seen in over 20 years and really complement everything else in this set. As someone who threw money down to rent several VHS tapes before it hit SBS, bought it on DVD for its first run, bought the second DVD release based on the enhanced Japanese R2 masters, picked up a handful of laserdisc releases and has now watched it on Blu-Ray, I can’t recommend this highly enough. This should be an essential part of any anime fan’s collection. 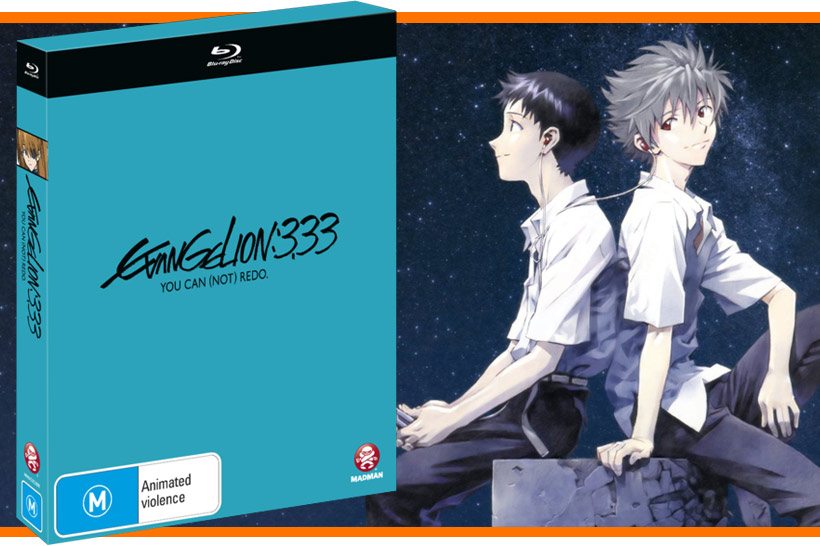 Review: Evangelion 3.33 You Can (Not) Redo Blu-Ray