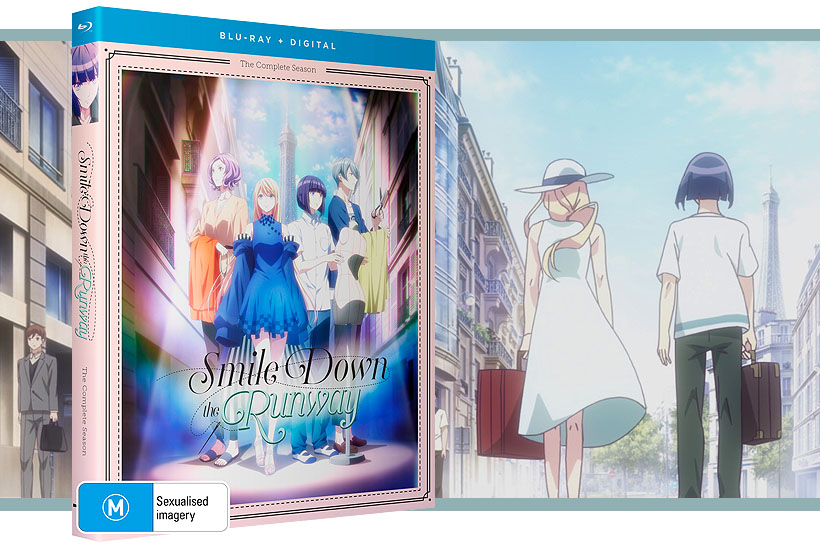 High school student Chiyuki Fujito dreams of becoming a runway model and representing her father’s company and modelling agency, Mille Neige, on the fashion runways of Paris. However, despite her beauty and professionalism, Chiyuki faces constant rejection in the world of fashion due to her short stature. Similarly, her classmate Ikuto Tsumura also dreams of breaking into the fashion industry as a designer but struggles to find a balance between supporting his family and chasing his dreams of studying fashion. When Chiyuki and Ikuto’s paths cross and a design of Ikuto’s leads to new opportunities for them both, the two plunge headfirst into the world of fashion, ready to overcome any obstacle to achieve their dreams. 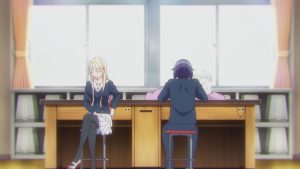 Based on the manga series of the same name by Kotoba Inoya, Smile Down the Runway is a character-driven anime revolving around Chiyuki and Ikuto’s foray into the world of professional fashion to become a model and designer respectively. The show is an engaging drama that slots neatly into the “slice-of-life anime focused on a specific niche” genre, offering a fun if often stressful peek into the world of fashion design and runway modelling. Chiyuki and Ikuto serve as the lens into this world, and the narrative bounces between the two and their separate and shared experiences as they pursue very different paths in the fashion industry. There is a tangible sense of longing and anxiety punctuated throughout Smile Down the Runway, as Chiyuki and Ikuto face a number of challenges and dilemmas based on their personal circumstances in the pursuit of achieving their dreams. This includes Chiyuki’s height acting as a barrier to her career and the scorn she must navigate to prove herself in the industry despite her achievements, and Ikuto’s self-taught talent struggling under industry expectations due to lack of study and professional experience. The result is a series that is deeper than it appears at first glance, expertly melding character drama and introspection with an interesting dive into the fashion industry and the expectations and pressures it places on individuals and businesses. 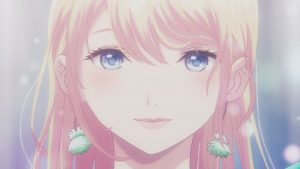 Chiyuki and Ikuto are good protagonists with clear goals who carry the series well, both as supporters of each other’s dreams and as friendly, if sometimes antagonistic, rivals (in no small part thanks to the  great performances delivered by the series’ English voice actors). Their experiences are expanded on through Smile Down the Runway‘s additional cast who offer differing perspectives on the fashion world and their own experience in the industry. This includes student fashion designer and part-time model Kokoro Hasegawa and Toh Ayano, the grandson of a famous designer and an immensely talented fashion designer in his own right. Kokoro and Toh are inverse reflections of Chiyuki and Ikuto – a model being pressured into a runway career that she does not want and a fashion designer with all the training and resources at his fingertips to achieve world fame. In this way, Smile Down the Runway creates really interesting struggles for its characters without the need for a narrative with moustache twirling villains (unless you are counting the stifling expectations of the fashion industry itself). Instead, it uses very real circumstances, anxieties, and the contrast between different characters’ experiences to create drama. The result is a series that uses internal conflicts rather than living antagonists as adversaries, forcing the cast to differentiate between what they are being told they should do and what they actually want. Ultimately, Smile Down the Runway is a narrative about perseverance in the face of diversity and the difficulties of balancing what others want from you, or think is best for you, versus what you want for yourself. 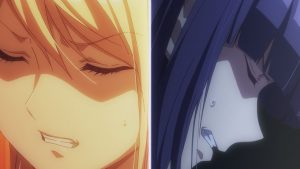 Smile Down the Runway is an ambitious slice-of-life anime that expertly takes a mundane concept (at least by anime standards) of two students chasing their dreams in the fashion industry and fills it to the brim with engaging drama and introspection. The series has a lot of nuance and plenty to say about personal improvement and perseverance, all while offering an interesting perspective on the world of fashion and the people who are part of it, and should not be missed. 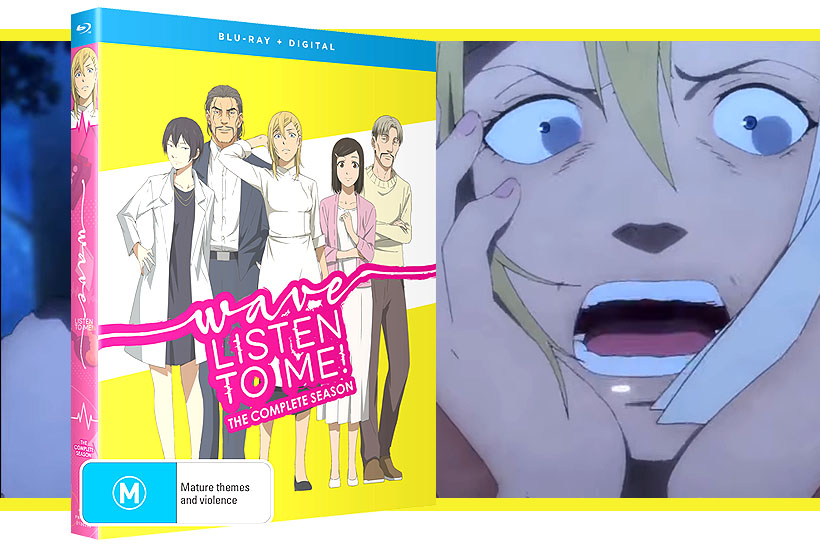