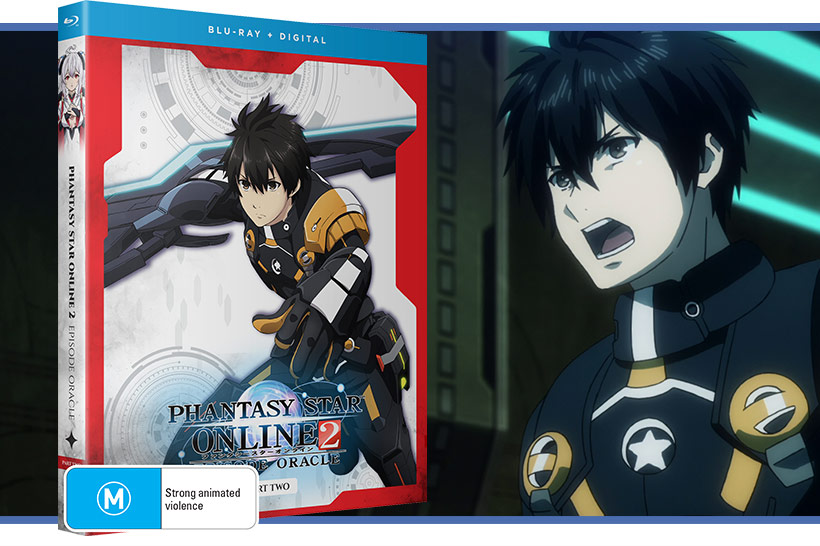 Phantasy Star Online 2: Episode Oracle Part 2 promises more of the same, pushing towards a conclusion for this interesting adaptation of Sega’s unlikely long-standing efforts in the MMORPG space.

Following on from the previous release, unexpected ARKS wunderkind Ash continues in his journey to uncover the mysteries behind the turbulent events from 10 years ago, fill in the collective amnesia and deal with the increasingly complex energies around the Falspawn and it’s central energy nexus, The Profound Darkness. It proves to be a huge journey featuring exploring folds in time and space to discover the missing pieces that were hinted at in the predecessor, including the identity of some of his stalwart opponents. 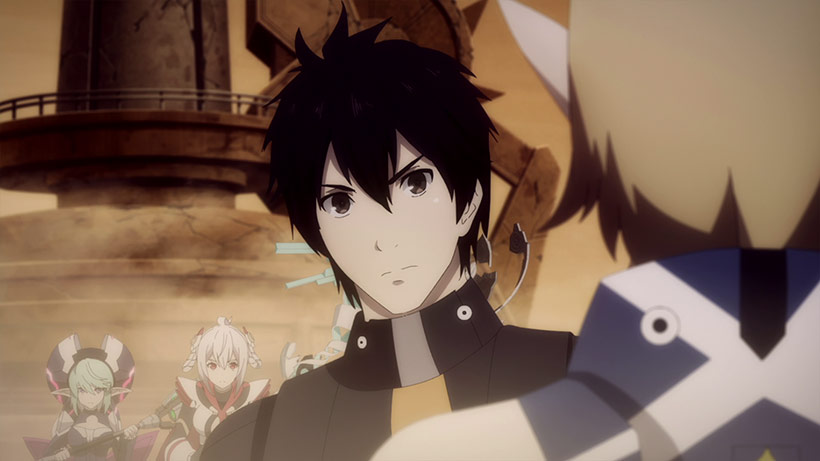 On the upside, the latter never feels the need to roll out the usual tropes involving hot springs or days off at the beach.

Phantasy Star Online 2: Episode Oracle Part 2 does a great job of wrapping up the strong start with its predecessor. While it won’t deliver the nuanced or more mature approaches to sci-fi we’ve seen elsewhere (such as Gundam Unicorn or Star Blazers: Space Battleship Yamato 2202), we have a solid collection of episodes to round out an unusually long anime TV series by modern standards coming in at 25 episodes all up. There’s a bit of anime silliness in there, and the violence is a little subdued compared to the start, but it does a great job of maintaining a good pace to the narrative, the main cast are likeable and the main protagonist even gets a little bit of development which I wasn’t quite expecting.

It also benefited from giving the auxiliary characters some time to breathe and allowing some humour to creep in and break up the seriousness of it all.

For longtime fans of Phantasy Star there were some ongoing nods to the series’ roots which put a smile on my face, though the proliferation of Dark Falz inhabitants threatened to undermine the whole thing. It’s certainly a far cry from Phantasy Star 1 and 2 where your exposure to Dark Falz was extremely limited and terrifyingly imposing and difficult! I would have loved a reference to Red Ring Rico or some more explicit hints at the classic Phantasy Star lore, but let’s be honest – this is a production meant to promote a modern video game so there’s probably limited interest sneaking something like that in here. 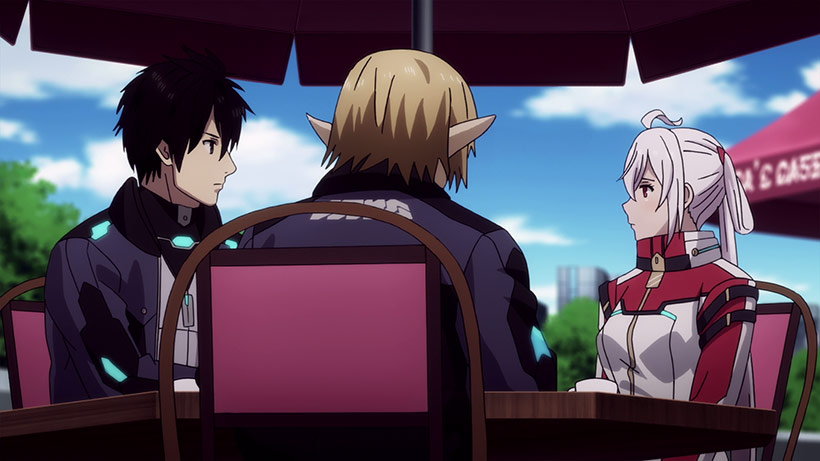 The production values were also good, featuring some great combat choreography and shiny explosions. While there’s a fair whack of CG in there, aside from the robot or android characters it’s otherwise relegated to generic monster enemies and space battling. Nothing that ever really blew your mind, but it fit in very nicely with the aesthetics. We get a new op and ed, as well as some additional songs for those dramatic episode closures where the credits roll across the mainline episode, all of which were nice touches.

The local release of Phantasy Star Online 2: Episode Oracle Part 2, much like its predecessor, is another Funimation release locally branded for Australian distribution. This means we get that nice cardboard outer slip and two Blu-Rays squeezed in a single case which does the job nicely. Encoding is solid across both discs but there’s only Japanese audio on these – no problem for me, but something to be aware if you prefer to watch your anime dubbed. Extras include the recap special classified as episode 12.5, as well as textless ops and eds. 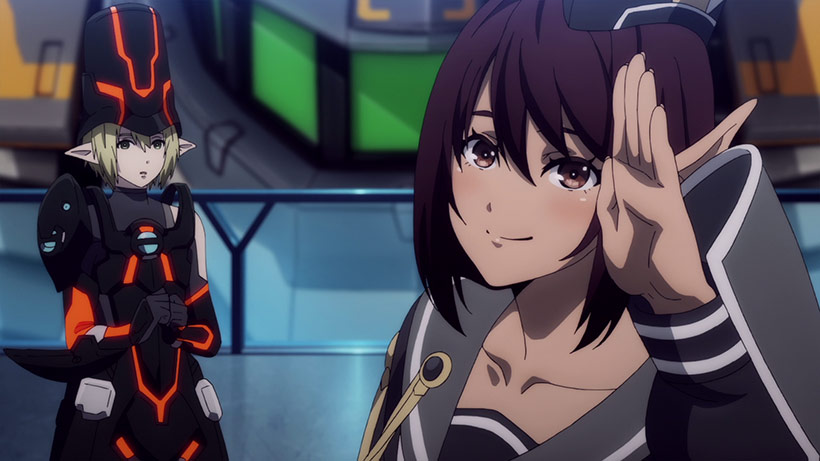 Phantasy Star Online 2: Episode Oracle Part 2 is a solid sci-fi effort and quite accomplished in the broader video game/anime adaptation space. Solid production values complement an interesting story that brings a solid close to the story arc. The great news is there’s no barrier of entry if you’re unfamiliar with the MMORPG, but I’d suggest checking out the previous release to watch everything in order.

Perhaps most importantly though, Phantasy Star Online 2: Episode Oracle’s success as an anime means I’ve had my greatest fanboy fantasy realised from the mid-90s – Phantasy Star has managed to get an anime adaptation that trumps anything out of Final Fantasy’s camp! 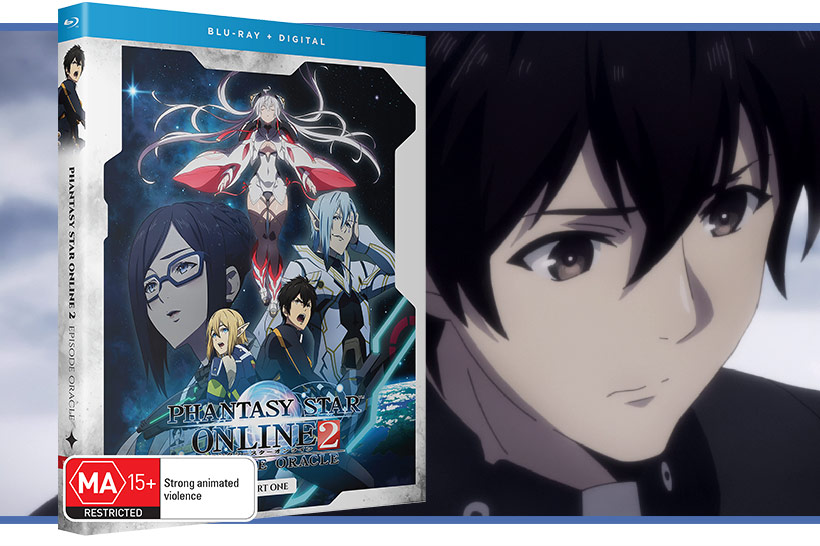