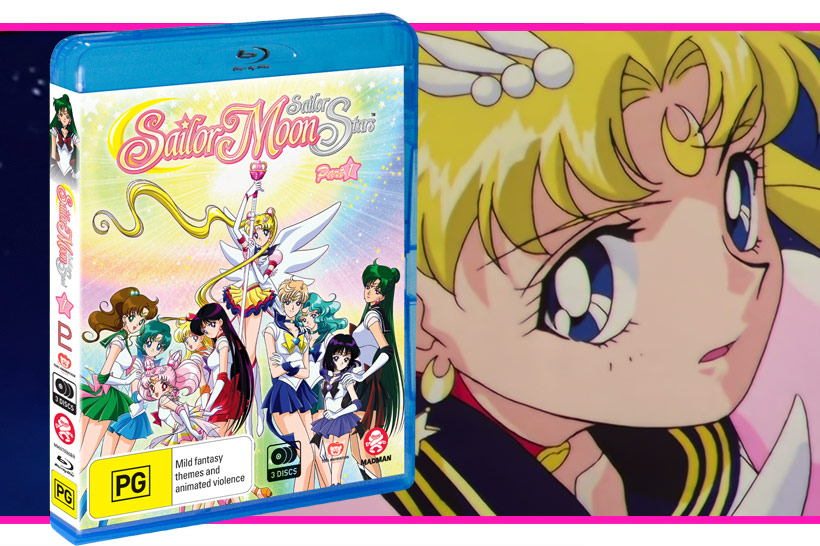 Sailor Moon Sailor Stars Part 1 marks an historic moment in Sailor Moon fandom. Previously never officially released outside Japan, this final arc of Toei’s original adaptation of Naoko Takeuchi’s classic Sailor Moon was the kind of stuff exchanged amongst weeb circles with moments of incredulous astonishment. Blurred conceptions of gender, warriors from beyond the galaxy, the return of the Outer Senshi and Mamoru heads off to New York for the season and abandons Usagi because uni. There’s plenty to unpack in this first part of the series!

As alluded to above, Sailor Moon Sailor Stars Part 1 creates the foundation for this final animated arc of 90s Sailor Moon. The first round of episodes sees the return of Queen Nehelenia where she goes and tries to take over the world again only to be thwarted by the power of love and friendship. Again. 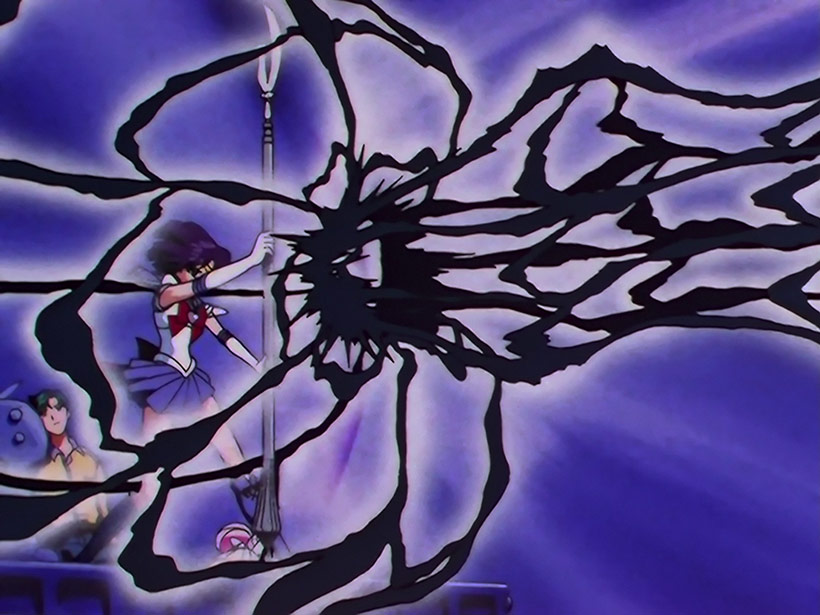 After these first six episodes things finally get moving. With Usagi and co excitedly entering high school their focus shifts away from saving the world to being regular teenage girls. While Usagi mourns Mamoru’s departure as he heads over to attend uni in New York, the team eagerly throw themselves into club activities and being super fangirls for bishi idol group The Three Lights. The slice of life drama is interrupted however when the guiding hand behind Queen Nehelenia’s return trigger more monsters of the week.

Things get more complicated when three new Sailor Senshi enter the scene, The Sailor Starlights, replete in shiny latex, seem more interested in killing off the monsters of the week rather than let Sailor Moon do a twirly-twirly dance of joy and heal them with a Starlight Honeymoon Therapy Kiss. As opposed to Sailor Star Maker’s Star Gentle Uterus attack.

The episode selection in Sailor Moon Sailor Stars Part 1 don’t end on a particular story arc being part of a wider narrative, but what we have here is a fantastic set of episodes. Well, except the Queen Nehelenia arc which, if I’m being honest, felt quite half-baked. To it’s credit we get some screentime for the always rad Sailor Saturn and Sailor Moon gets a new upgrade in the form of Eternal Sailor Moon, but it really came off as a bit meh. Thankfully it wasn’t quite as drawn out as the Hell Tree Arc from Sailor Moon R, but watching it this time around I really struggled to be my usual Sailor Moon fanboy self with these early episodes.

The main body of the episodes here, in contrast, were fantastic. With over 160 episodes and three movies under the production team’s belts, we have some really great animation throughout this series, eschewing some of the usual rotations in directors and key animators that resulted in episodes a little rougher than others. The introduction of The Three Lights has also resulted in plenty of idol fanfare and musical numbers which kept things fresh and the extended cast feels like a return to form. 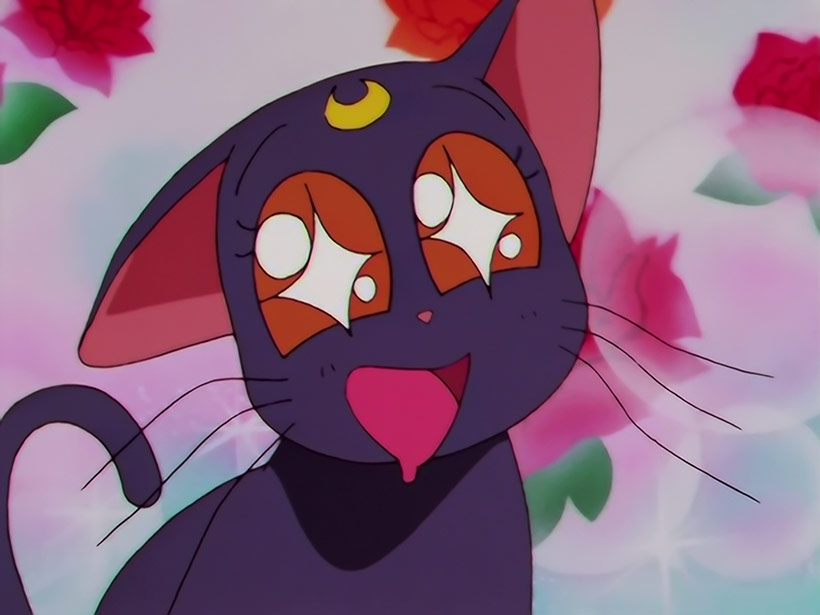 I haven’t watched Sailor Stars as much as other seasons as tracking down those VKLL VHS releases was always incredibly difficult and the lack of an official Western release probably contributes to this sense of energy and excitement in checking these episodes out. But this being said, I still believe there’s something to this impression, even down to Seiya’s flirty relationship with Usagi and some really fun episodes that focus hard on the character interaction and humour rather than getting too bogged down in the sentai melodrama. It’s still formulaic, but that amazing charm which characterises so much of this adaptation is in full effect here and it’s great fun to take in.

This release of Sailor Moon Sailor Stars Part 1 on Blu-Ray features another round of upscaling on the original source materials. The good news is that the improved quality of the source materials has translated into some really lovely sequences showing off some beautifully clean line art and the colours really pop. While some of the old artefacts are simply unavoidable, such as the considerable telecine wobble that’s been omnipresent across all of the standard definition masters, or the film artefacting in the opening, ending and some of the canned sequences, there are plenty of scenes where the approach to the software upscale looks fantastic compared to previous releases (and a big step up from those old VHS versions!). Audio comes across nice and clear in linear PCM and the encoding is well balanced. Extras are slim for this release featuring creditless op and ed, but this is all about the amazing content for me which is presented very well. 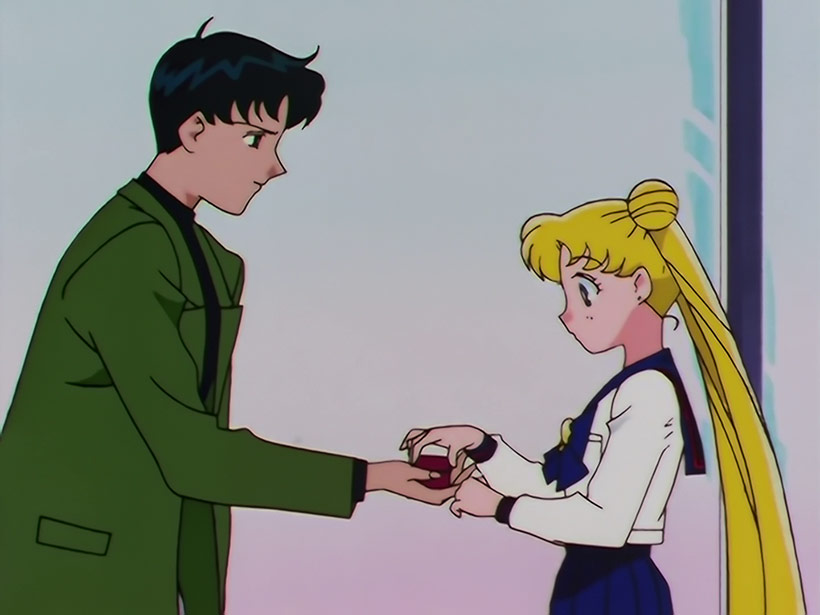 Sailor Moon Sailor Stars Part 1 does a great job getting back into the swing of this adaptation’s strengths, with fun narratives, great characters and production values that build off the wealth of content that precedes this series. I can’t wait to finish my weeb journey and welcome the following release that will bring this amazing journey to an end! 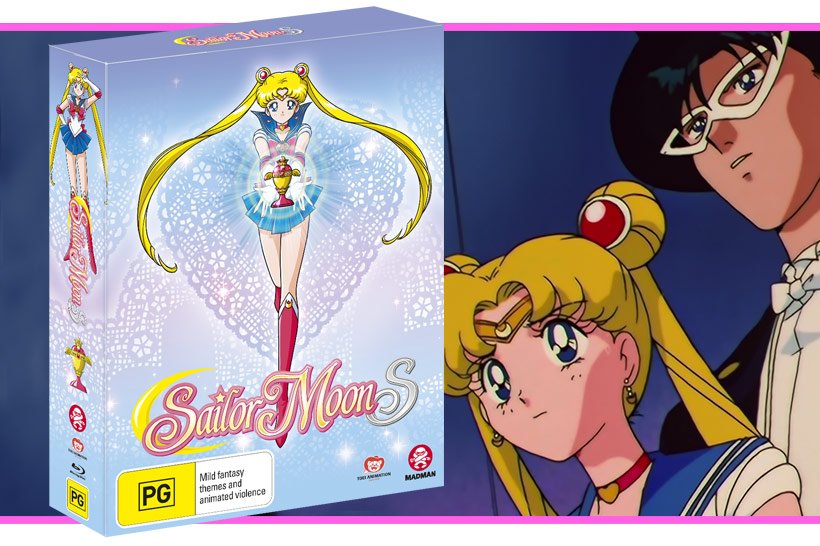