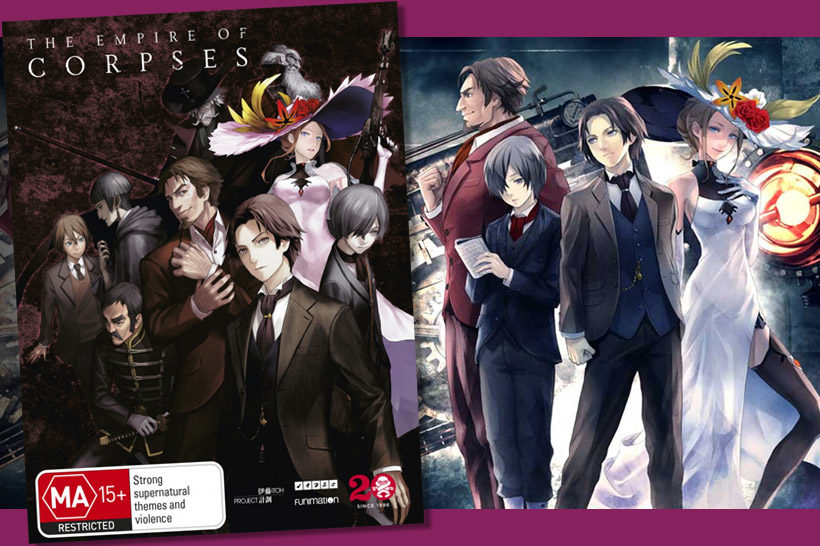 Based on a novel by Project Itoh, The Empire of Corpses is an alternate historical, sci-fi thriller based in 19th century London. With the revolutionary ‘Corpse Reanimation Technology’ at the governments fingertips, society is accustomed to zombies in everyday life. In such a world where the dead can walk again to serve the living, would you try to revive a friend if you could? John Watson takes the body of his recently deceased friend Friday, and reanimates him in hope of finding something deeper, a soul to bring him back to who he once was.

London is just as the title describes, an empire built on the backs of corpses as they tirelessly fulfil their simple duties. Masses of undead fill the streets as laborers, machine workers, maids, and on battlefields as soldiers. After Watson is caught by the government for illegally re-animating a corpse, he is given an ultimatum. Either serve out his time for his crimes, or leave London and retrieve the lost research notes (Memorandum) of Victor Frankenstein. Watson is determined to go out and find the notes, and with Friday trailing behind they set out together on a long, and dangerous journey.

Once a corpse is re-animated with a fake soul , or Necroware, plate cards are punched with instructions and a special machine reads them into the corpses brain directly. Well that’s the most basic way of explaining it. Throughout the movie we see Watson ‘updating’ Friday with new skills, from writing down everything to using firearms. The Corpses cannot talk, they do not show emotions, recognition or fear anything. Who they were previously no longer exists. They turn a bit savage on the battlefield, and being chase by a dead assassin is pretty scary. The notes of Victor Frankenstein are highly sought after, as he is the only known scientist to have created a corpse with a soul, known as The One. The One is the greatest scientific breakthrough, and even thought it was 100 years ago The One still stalks the earth.

Watson’s first stop is Bombay in India where he meets Frederick Burnaby, a bit of a swashbuckling character he is Watson’s body guard for the journey. After an attempted assassination by Russians and an exciting carriage chase with corpse bombs, they leave for Afghanistan. After meeting up with Nikolai, and allied Russian, they are searching for the last know person to have the notes, Alexei Fyodorovich Karamazov. With help from Nikolai, they locate Karamazov in a remote location in Kabul. Along the way they come across more advanced corpses being used as weapons, an unexpected ally and make their way through the wilderness as best as they can.

To say the least, there is a fair bit of globe trotting from England, to India, Afghanistan and Japan spread out over a year or so. It is a feature length movie (120mins), and quite a bit happens along the way. I was really enjoying the historical journey, and their technology is suitable for the era. I do think there were a few odd things though. Halady seemed a bit out of place, being almost totally artificial and all, she’s a bit too advanced for the time period. The ending is also a bit baffling, mainly because a few too many plot twists are thrown in together and it all gets a bit psychadaelic.

There isn’t much comedy in The Empire of Corpses, and most of it comes from Friday as he lurches around the place and is unceremoniously carried around by Burnaby. It’s also amusing to see other zombies going about their business with crooked eyes and floppy necks. They are pretty harmless, and can only perform the tasks imported into their brains. Barnaby also provides come comic relief with his lax attitude and badly timed interruptions. The story moves at a reasonable pace, and if there isn’t action they are figuring out something new and key points to the story are being revealed. I do like the flashbacks of Watson and Friday. Their deep friendship borders almost a little on the ‘boy love’ side, but only softly. Friday truly trusted Watson, which is probably the only reason he offered himself up for re-animation after he died.

When I did a bit of research about Project Itoh and The Empire of Corpses, I was surprised to find out that most characters are based on real people of the era, even the necroware supercomputer Charles Babbage. Barnaby was a bit of a living legend and other characters like Halady are based from novels and other stories. Even everybody’s favourite Sherlock Holmes is there. I am in no way a history nut, I just found it really interesting to see how their real life counterparts lived. Satoshi Ito (Pen name Project Itoh), a science fiction writer who unfortunately died in 2009. His works spread through novels, games and animation. The next movie I will be reviewing is Harmony, and I am interested to see how it differs from The Empire of Corpses.

I actually really enjoyed this movie, and will certainly be watching it again. It gives a different insight to how the good ol Zombie genre can be told, and damn do I love zombie stuff. The animation is high quality most of the time and the backgrounds are wonderfully detailed. The story does get a bit wayward towards the end, I suppose they had a more fleshed out explanation in the novel they couldn’t carry into the movie. Rated MA 15+ it’s not for the kiddies, specially when the corpses turn full zombie. Blu-ray extras are the usual fair of Trailers and a Funimation Short, and it’s packaged in a nice box cover. I would recommend The Empire of Corpses if you enjoy the macabre with a dose of action and adventure. 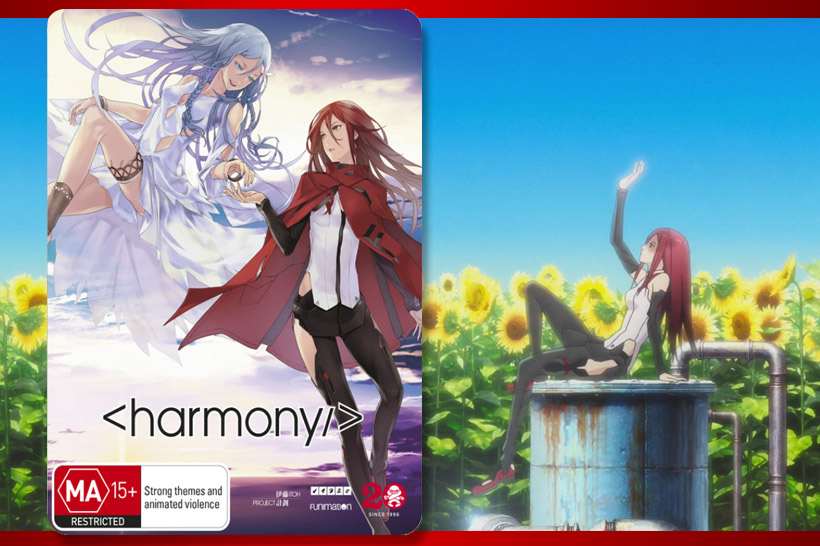 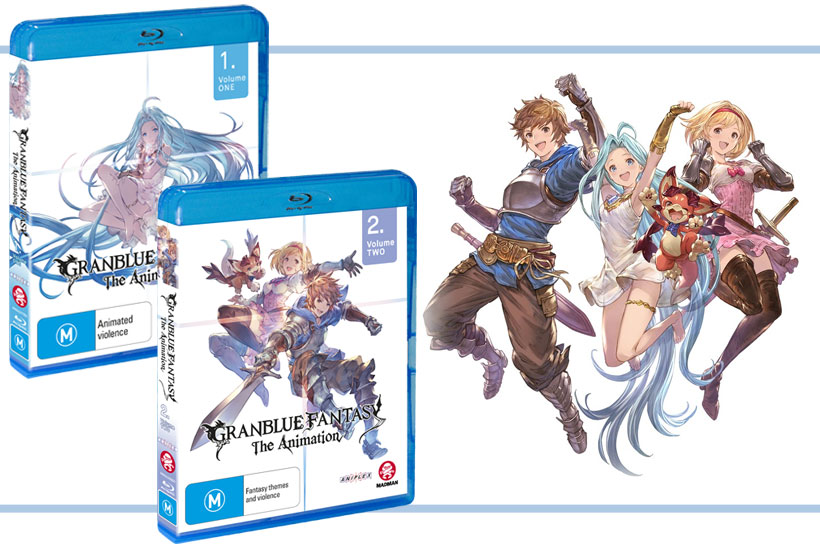