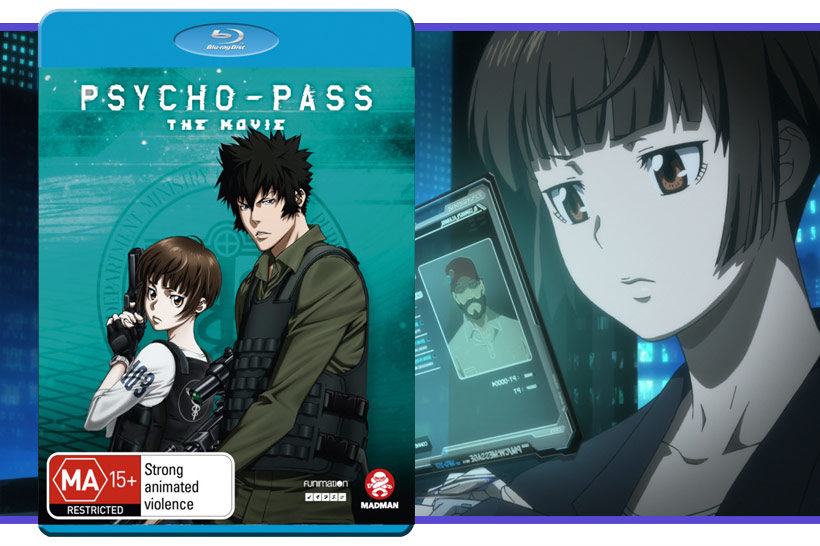 Psycho Pass The Movie follows the two excellent TV series’ that precede it. Given the pedigree of its predecessors and the broad socio-political themes that dominated both, the release of a theatrical feature provides challenges and opportunities in translating the MWPSB’s activities onto the big screen.

Since the conclusion of the second TV series, the Sibyl System has begun expanding its reach to become a national export. Likely incensed by its extended global reach, the MWPSB’s delightful Akane Tsunemori enlists to visit the system’s first targeted environment, the Southeast Asia Union (or SEAUn for short), after a group of terrorists attempt a retaliation against the system in Japan. SEAUn has all the elements of a dictatorship, yet the Sibyl System continues to determine that all is well in its society which inspires Tsunemori to dig deeper, an activity that eventually reunites her with season 1’s Kogami.

Kogami’s travels beyond the first season brought him into the company of SEAUn’s guerrilla resistance, and in aligning herself with her former Enforcer, terminates her diplomatic immunity and draws out not only a freelance group of assassins but an investigation that reveals the true nature of the SEAUn regime. 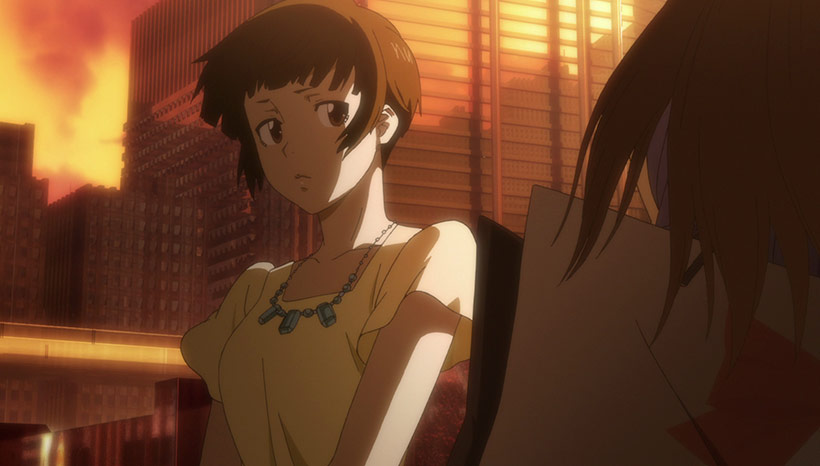 Part of the issue with Psycho Pass The Movie is that its first season struck an interesting balance in exploring its rich setting, quirky characters and ultimately presented a provacative social commentary. The second season decided to eschew its cast in favour of exploring more of the technological morality and leaned a bit harder on the commentary and historical nature of the Sibyl system. While it lacked some of the spark of the first season it was still an engaging series.

In this context the film is interesting in that it uses the Sibyl system to consider the role of automation and authoritarian technology as an unchecked tool in a corrupt international environment, which aligns with the property’s intention to explore the effect of AI monitoring and surveillance technology on society. Psycho Pass The Movie’s character exploration retracts within this context even further than the second season, sacrificing its broader cast (old and new) to focus purely on Tsunemori and Kogami. This presents an interesting conundrum as logic suggests it is doubling down on the direction of the slightly weaker second season, but the differentiator is the film’s third pillar – its production and setting.

As expected of a theatrical release, the bigger budget and 2 hour length means Production IG have done an amazing job at the film’s spectacle, and the international setting has generated some ambitious choices in terms of direction. Cast regularly float between English and their native Japanese which is commendable on behalf of the voice talent, and the introduction of squads of ex-military hit men and women provides ample opportunity for some excellent set pieces. 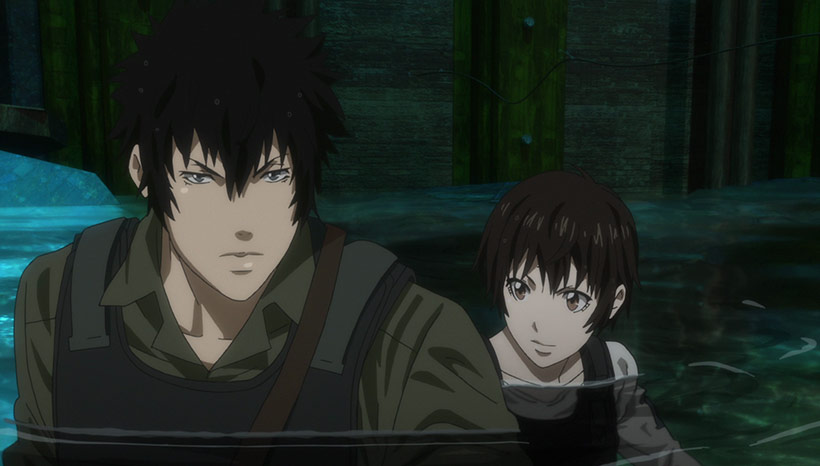 But when you remove the choreography and epic shots, you’re left with an interesting premise that provides a fun ride but fails to spend more time exploring the socio-political issues any deeper than the original series. The supporting cast is not given much of a look-in, though the choice to focus on Tsunemori and Kogami was the correct approach if they wanted to pair the protagonists down, and Ginoza’s involvement towards the end of the film was also well done.

Perhaps part of the problem is that the concept is so rich, and in the face of other anime that have explored similar themes, Psycho Pass The Movie comes off a little thin. Oshii’s Ghost in the Shell continues to be an amazing film that combined philosophy, highly visceral action sequences and a degree of ambiguity that presented considerable depth. Going back further and Patlabor The Movie managed to not only tell an interesting story that straddled detective drama, mecha action and the philosophical consideration of technology as positive or detrimental in the development of contemporary societal norms with an eclectic cast. The international setting gave an opportunity to perhaps lean on this a little deeper or explore the interpersonal relationships between the cast in more detail too, though ultimately any of these decisions are hampered by the time constraints of a film versus a TV series.

Or perhaps I’m simply being unfair to the film – the above seems to suggest what I really want to see is Mamoru Oshii direct a Psycho Pass movie. This would of course be an incredible thing to behold, but in doing so it may not be as engaging as an action movie which they’ve certainly achieved with this production. 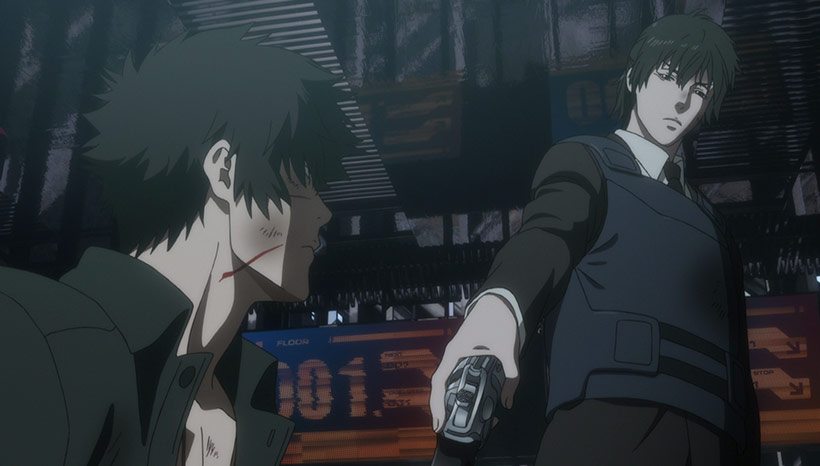 Similar to Sephras’ thoughts on the second TV series, Psycho Pass The Movie is in no way a poor production, but it is one that could have explored its themes and concepts better. The production values and action sequences are stunning, but depth has been sacrificed for action and the pace means those familiar with the TV series’ will get the most out of this one. 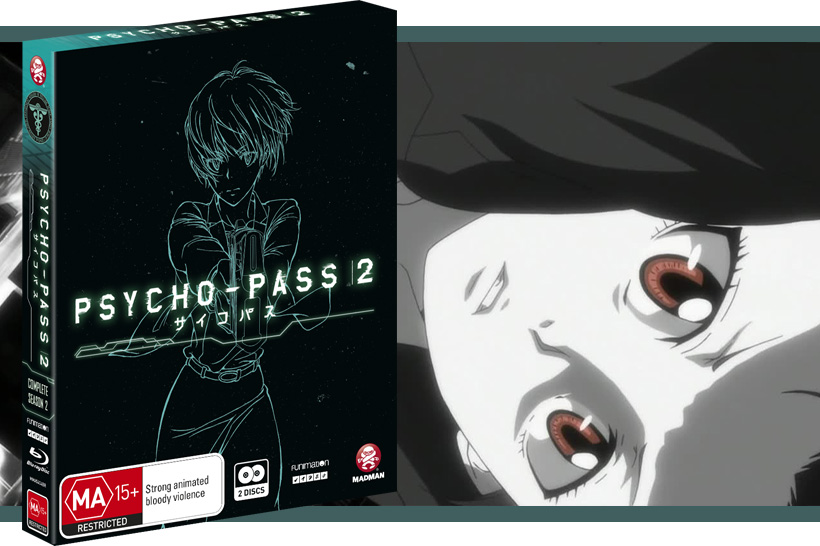