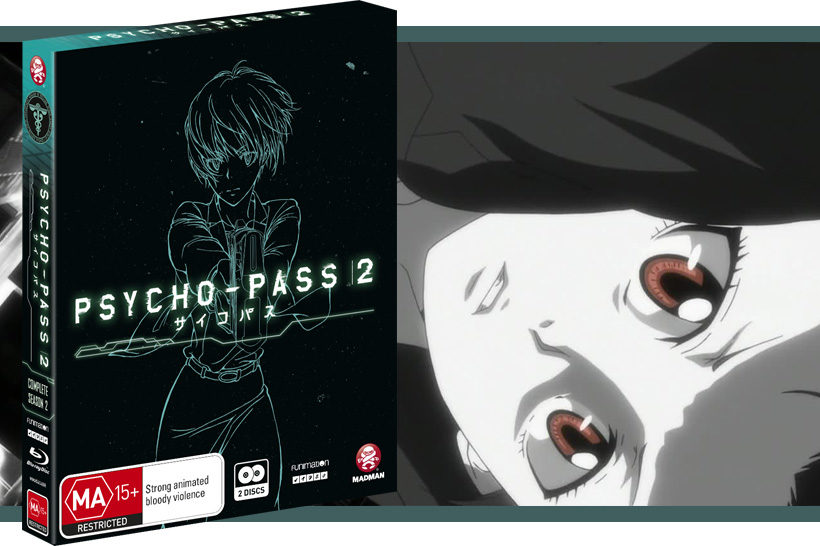 A year and a half has passed after the events of the first season and Akane Tsunemori has her work cut out for her as the new Lead Inspector of Unit 1 in the Public Safety Bureau’s Criminal Investigation Division. Now privy to Sibyl’s greatest secret, she is forced to re-evaluate her beliefs, unsure of her stance on Sibyl’s complete control over Japan. At the same time, some members of Sibyl have begun to grow tired of her headstrong attitude when dealing with criminals. With no time to discern her position in society as a new bout of criminal activity has sprung across the city, Akane slips back into her expert detective self, already seeing connections that others dismiss. Psycho-Pass 2 presents a new mystery that leaves the audience, once again, puzzling the morality of this fictional world.

As soon as I finished the first season of Psycho-Pass I couldn’t help but worry whether the second season would deliver something of the same value. With the introduction of new characters, as well as a more in-depth look on some already existing ones, and a brand new complication, Psycho-Pass 2 sets itself up in a fantastic way, yet, at the same time, it feels as if it is lacking in certain aspects compared to the original. To start with, the length being half that of the first season leaves a lot to be desired. However, if Psycho-Pass 2 had the same 22-episode length that its predecessor had, it’s hard to imagine that anything more could have been done with it. Even in saying that, Production I.G still brings an enjoyable cyberpunk styled action romp that brings human nature into question for a second time. 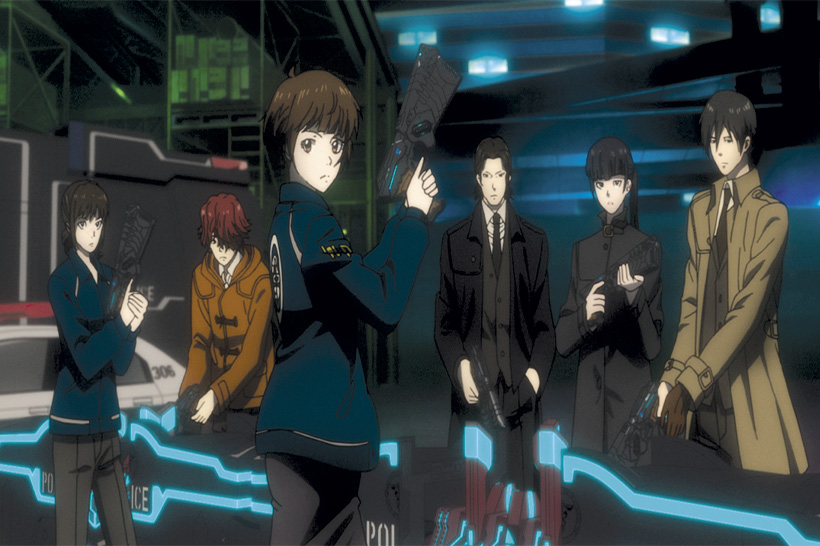 After the establishment of the setting in the first season, I was hoping that we would now receive a better look into the the going-ons in the city as a whole. For better or worse, the general public is a little shaken up after society was thrown into chaos, leaving most people with an increased sense of awareness for their own safety. Unfortunately this honestly interesting culture’s progress seems to be left at that. There are several moments throughout the show where ordinary citizens are forced into the action, but it’s rare that we are given an opportunity to see the ordinary day in the life of a member of Sibyl’s utopia. I’d love to see more of what the society as a whole was going through during these times of unrest. 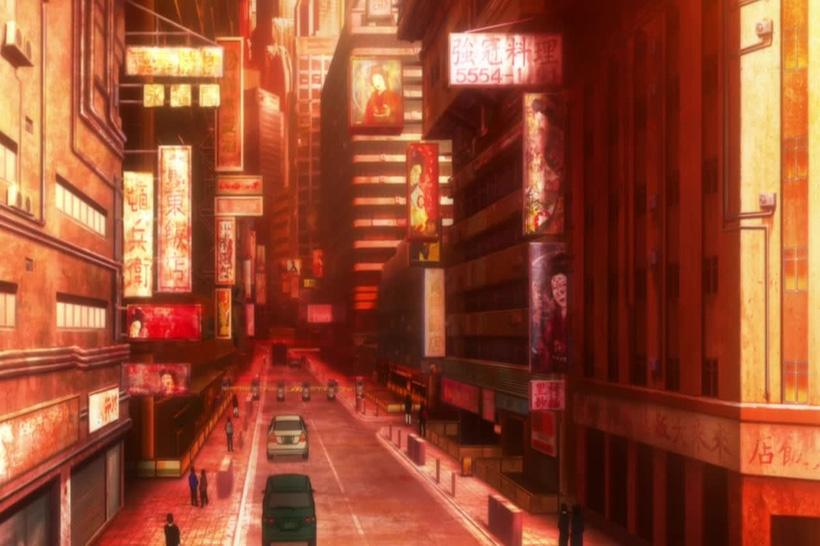 With the majority of focus revolving around the members of the PSB, it would be expected that the new Enforcers and Investigators would have ample time for development. Contrary to this assumption, there wasn’t a lot of time spent on the characters that weren’t integral to the plot itself. All of the Enforcers that were present during the last season were set firmly on the sidelines, while many brand new characters were completely ignored or used only as plot devices. The opportunity was missed constantly to expand on several characters, primarily due to the fewer amount of episodes. Thankfully Akane, of course, was at least given the proper treatment, with one of her most exciting struggles deriving from conflicting views with those holding the power to influence others. 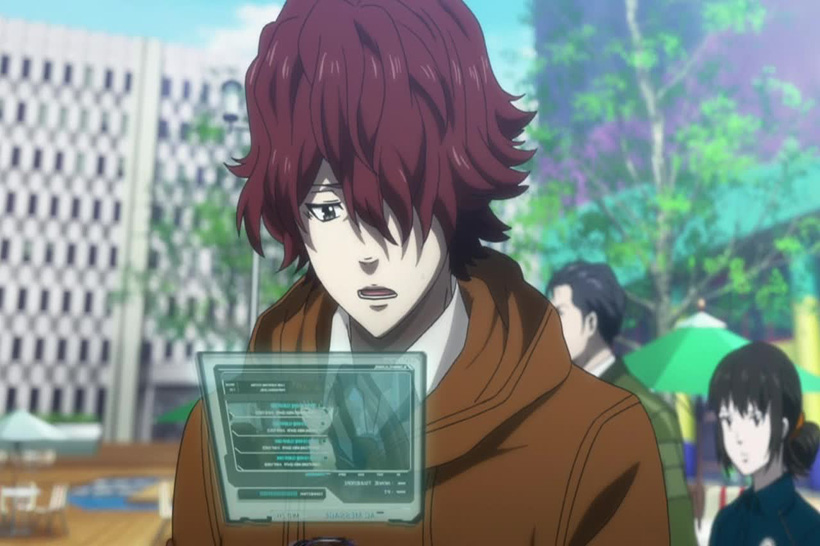 Aside from the unfortunate neglect towards characters, the storyline, antagonist and setting were all enjoyable. The PSB is working in full force in response to someone inducing mass hysteria within the public as they try to take down the Sibyl System… Okay, it does sound a little similar the first season, but the bad guy has incredibly well thought out reasoning behind his actions and a unique backstory. Stemming from Sibyl’s inability to ackknowledge the antagonist, they begin to manipulate other people to turn against the corrupt system of surveillance that oppresses them all… You know what? Never mind. Taken at face value, the stories for both seasons are very much the same, but even saying that, Psycho-Pass 2 is just as entertaining.

As I’ve said incessantly, the lack of development in several aspects of the show left me feeling let down. However, in contrast to everything else, the action scenes were faultless, albeit reminiscent to the first season. It isn’t a stretch to say that every scene was directed perfectly. Beautifully choreographed in a way that tied together everything that was happening in a succinct and gratifying way. In the end, the only real letdown in the show was the tedious story. 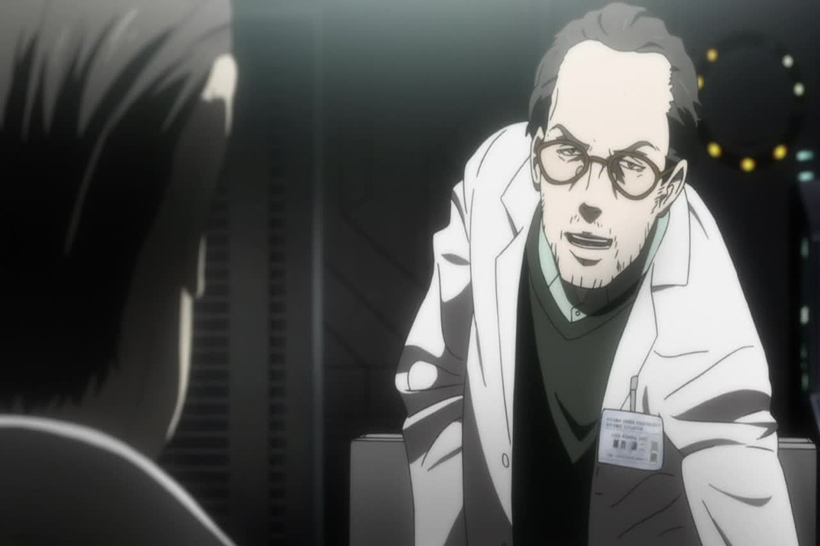 I suppose it’s understandably difficult to follow up on something that presented such a mind-blowing revelation in the end with an almost irrelevant continuation. In its own right, Psycho-Pass 2 is a great addition to the series, able to satisfy all of my cyberpunk needs, yet it fails to provide any substantial growth to the story as a whole. To my dismay, as well, more questions are raised by the end than are answered. It’s hard to outright say that the second season of this wonderful show is objectively bad, because it isn’t. Comparably, when viewed side-by-side with any number of anime series out there it far exceeds their quality. Definitely worth a watch, but don’t expect anything outrageously different from the first season.