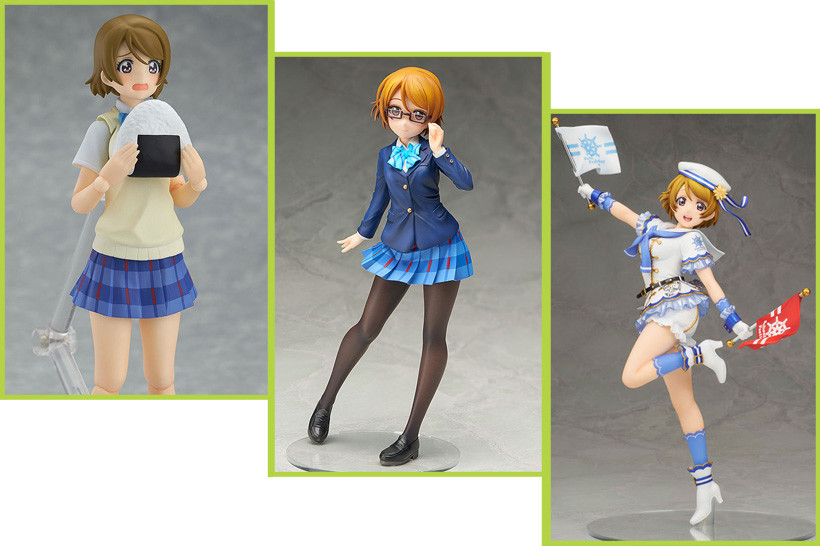 FREEing’s offering is a lovely 1/8 scale (195mm) Hanayo in her school uniform, and it appears she can be displayed with glasses on or off. I think this one captures her gentle character really well.

Alter are going the alternate scale statue route, with a 1/7 (260mm) Hanayo in a nautical themed Idol outfit. Out of the two scale statues I think this is the one to go for, it’s a little bigger, but the more elaborate figure comes with a considerably higher price tag. 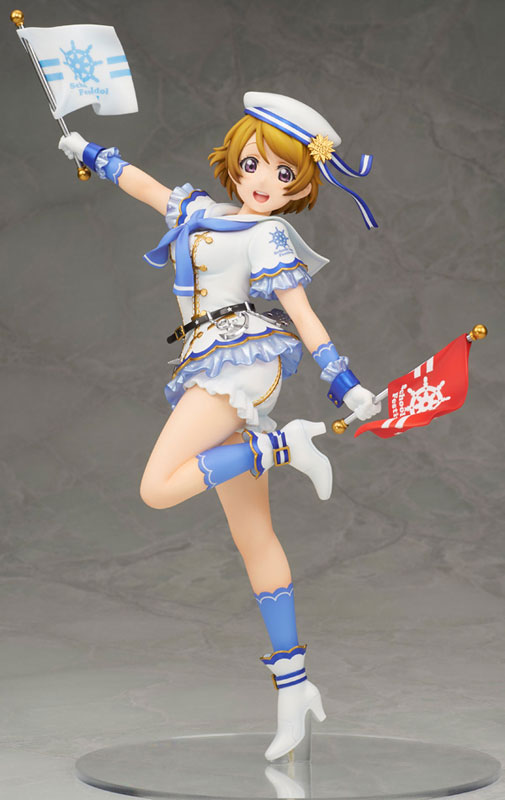 And rounding out the trio is the Figma offering – a roughtly 1/12 scale poseable figure with a bunch of accessories, including a bunch of swappable faces and hands, schoolbag, mobile phone, image colour glowsticks and a giant onigiri! 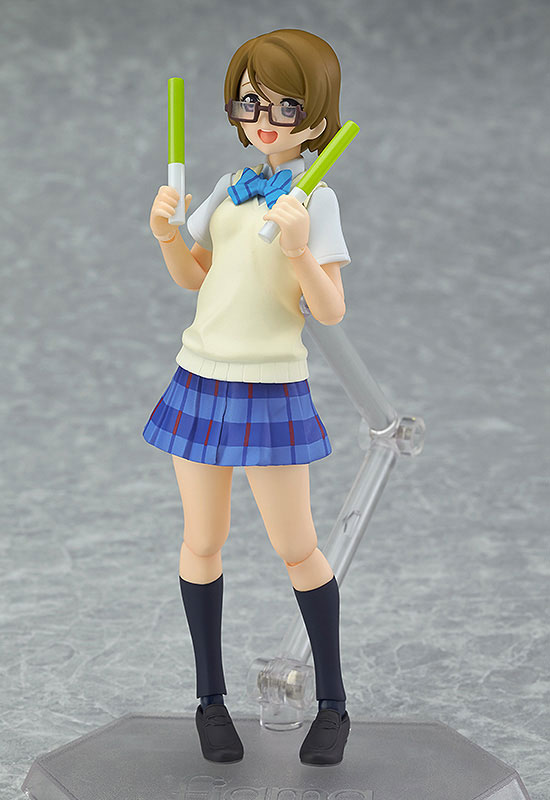 All three have their appeal depending on what style of figures you collect or which line you’ve already committed to, but there’s something here for all the Love Live! fans, unless you’re a terrible person who doesn’t like Hanayo. And the title might be slight hyperbole – It’s not all Hanayo this month. Alter also showed off their incredible Maki figure, but maybe I’ll write about that later in the week and let Hanyo have the spotlight for today.