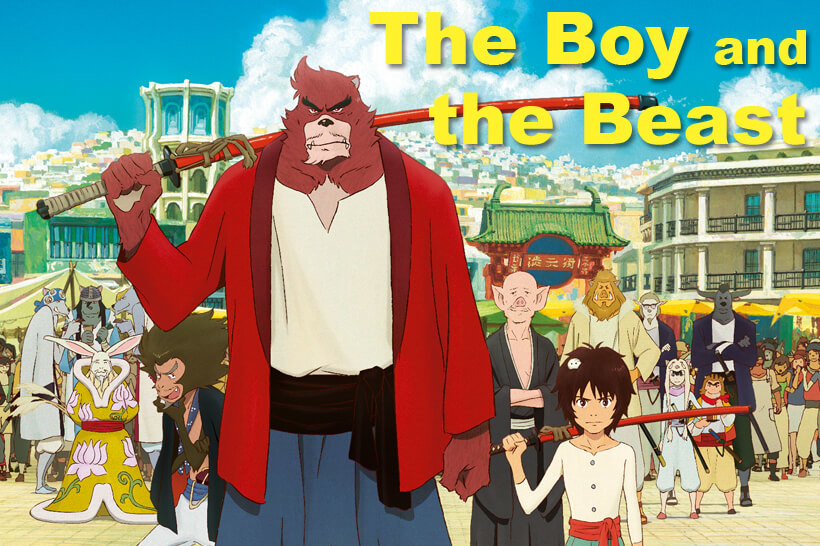 After the success of Summer Wars and Wolf Children, Mamoru Hosada has become a director with quite a reputation with many asking the question – Is he poised to be the next Miyazaki-level animation director? With his latest feature The Boy and the Beast hitting Australian cinemas from March 3 for a limited run through Madman Entertainment, I took a trip to the mystical world of Jutengai to see for myself what Hosada’s latest work holds.

The Boy and the Beast follows Ren, a young boy with an absent father who runs away from home following his mother’s death. While huddled alone on the streets he encounters a strange anthropomorphic bearlike beast wandering the back streets of Shibuya who asks the boy if he’d like to become his apprentice.

Young Ren, intrigued, chases the beast through a series of twisting alleys and finds himself transported to the mystical realm of Jutengai, populated by strange and wonderful shape‑shifting beast-people. The bustling market streets of Jutengai instantly feel as if they are alive and filled with history, full of characters who have been living their lives for a long time. The background visuals are spectacular, with a breathtaking amount of detail and polish put into the scenery and set pieces. 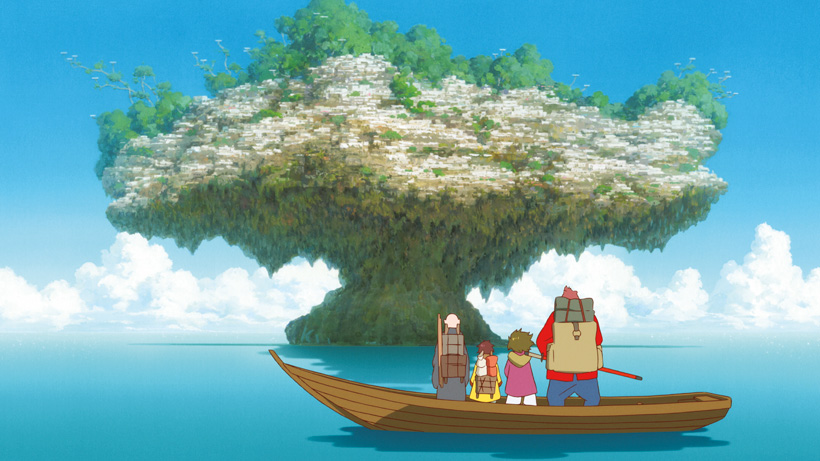 The bear-man is called Kumatoro, a gruff and somewhat lazy character, very rough around the edges. But he’s a beast of incredible strength with no apprentice to train and one of two potential heirs to the Lordship of Jutengai. The other candidate is the upstanding, well-loved local hero Iozen, a boar beast with two sons, Iouzan and the strangely un-boarlike Ichirouhiko. The current ruler, a wizened rabbit named Soushi, has decided he will reincarnate as a God and once his mind is made up on what kind of God to become, these two will duke it out for the title of Lord. 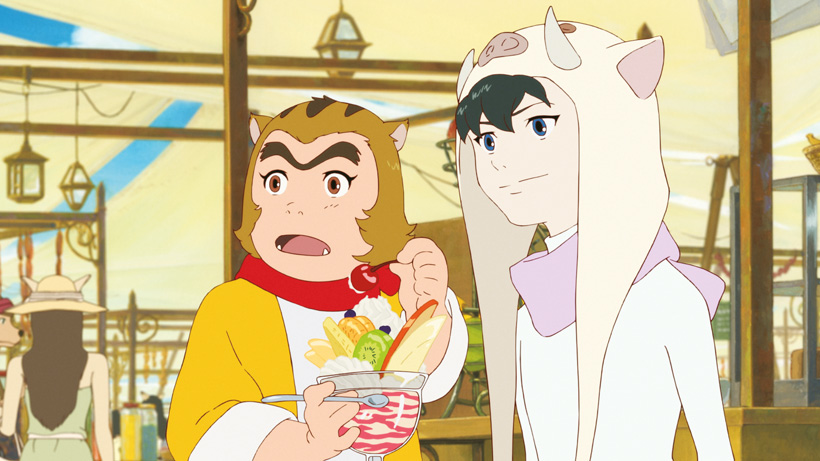 Kumatoro is warned against taking a human apprentice, as it is known in Jutengai that humans have a darkness within them that is hard to contain, but with the Lord’s blessing Kumatoro takes Ren, now dubbed Kyuta in reference to his age, under his wing. The training that follows is… Well, let’s just say Kumatoro isn’t exactly the world’s greatest teacher, and the master-pupil relationship becomes strained quite quickly. However, Kyuta finds his own unique way to learn from Kumatoro, and over the course of years (in charming montage form) the bond between the two strengthens to that of true family. 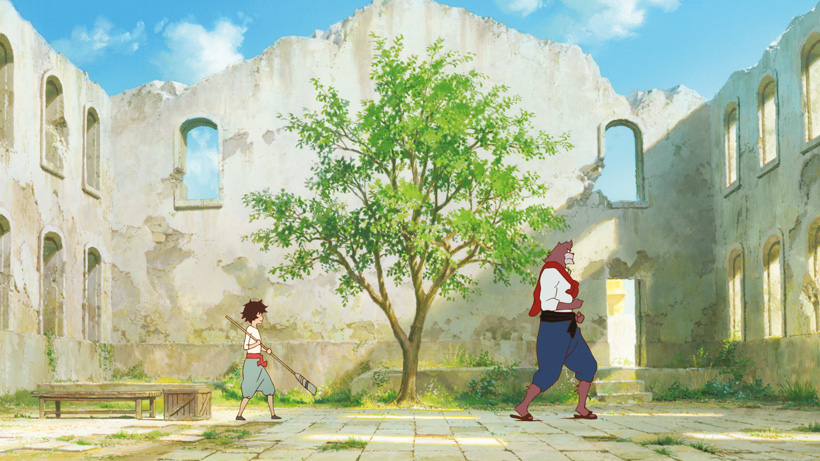 We rejoin the two with Kyuta now at age 17 and starting to take an interest in reconnecting with both the human world and his biological father after meeting a girl named Kaede. The two bond over learning and in particular the book Moby Dick, with the story of Ahab and the white whale providing a lot of the symbolism moving into the movie’s final act as Kumatoro and Iozen clash for the Lordship and the innate human darkness rears its head in both worlds. 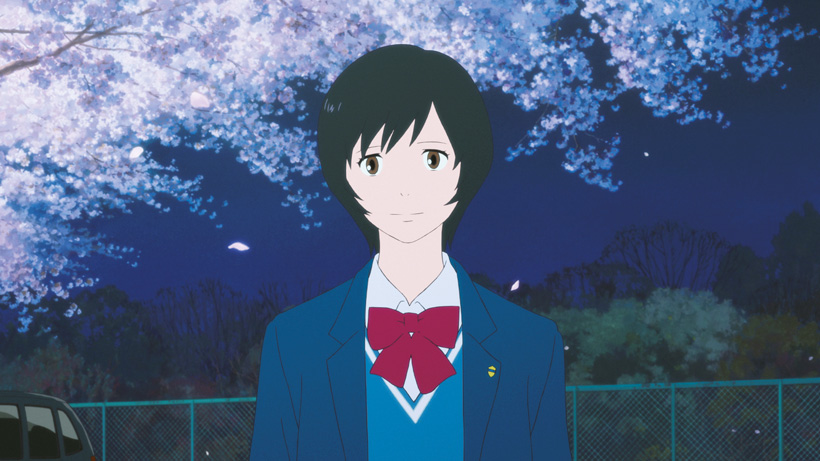 The characters themselves are presented very simply with large chunks of colour and none of the shading you might see in other movies, but this simplicity leads to beautifully fluid animation and forms a distinct visual style instantly recognisable as Hosada’s work. This choice also has the added benefit of making the spectacular backgrounds and scenery pop that much more. At times the CG background crowds can look a bit jerky and stilted in comparison to the rest of the animation, but that is a minor quibble. 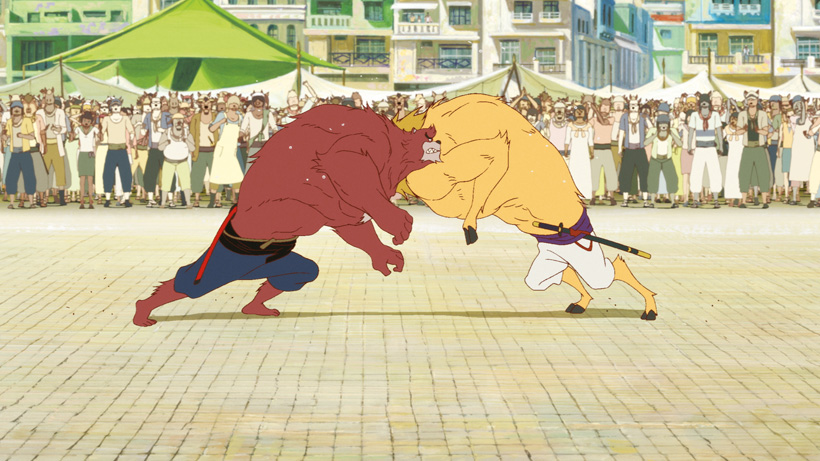 The Boy and the Beast delivers an interesting tale that feels like it could have easily been plucked from Japanese folklore, ripe with symbolism and emotional depth which shows just how talented Hosada is as a writer and director – I’d say those pondering if he will rise to Ghibli-esque heights aren’t far off the mark. This is a story that could have easily become bogged down in believe-in-yourself clichés, but instead rises above the tropes to reach a fantastic level of storytelling.  It leaves us with characters that have truly grown along their journey that you really come to care about. 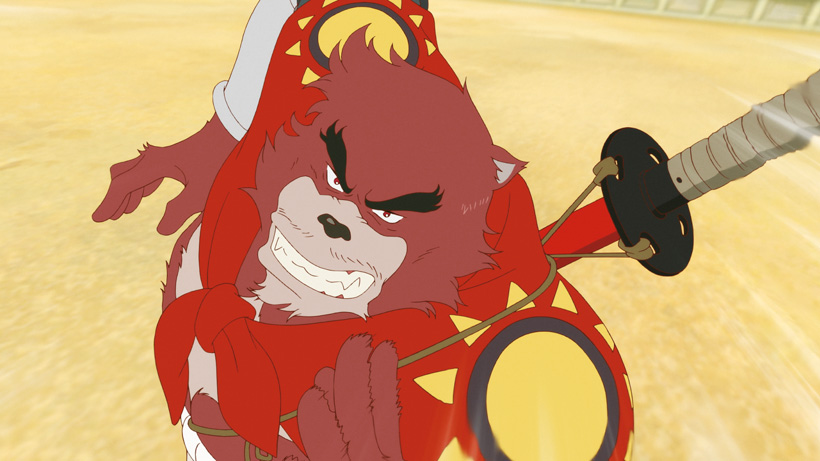 The Boy and The Beast’s limited cinema run kicks off from March 3 in selected cinemas Australia-wide, in both English dub and Japanese with English subtitles at selected screenings, so head to the official site to check for your nearest location. This is a fantastic film and well worth catching on the big screen. 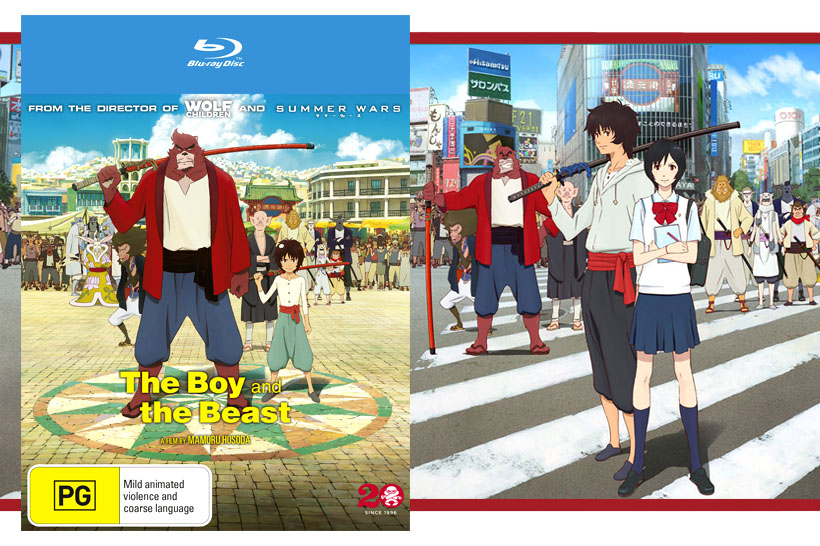 Review: The Boy and the Beast Collector’s Edition (Blu-Ray) 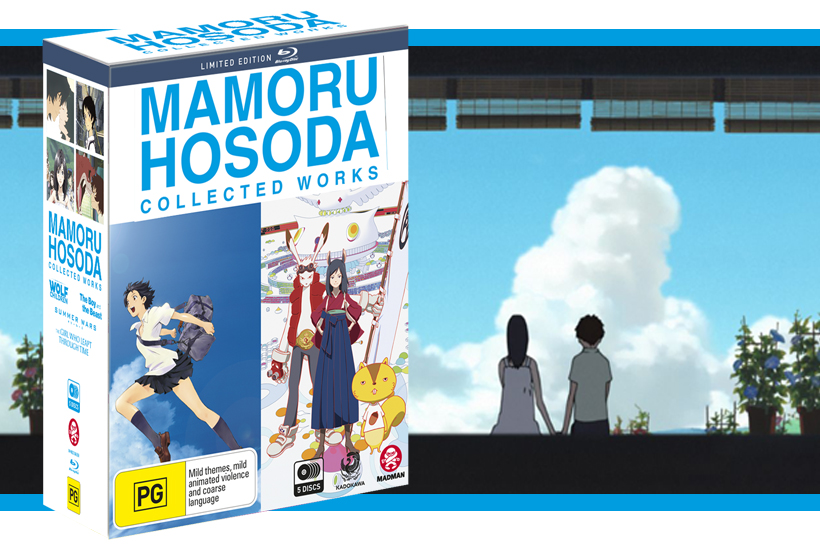