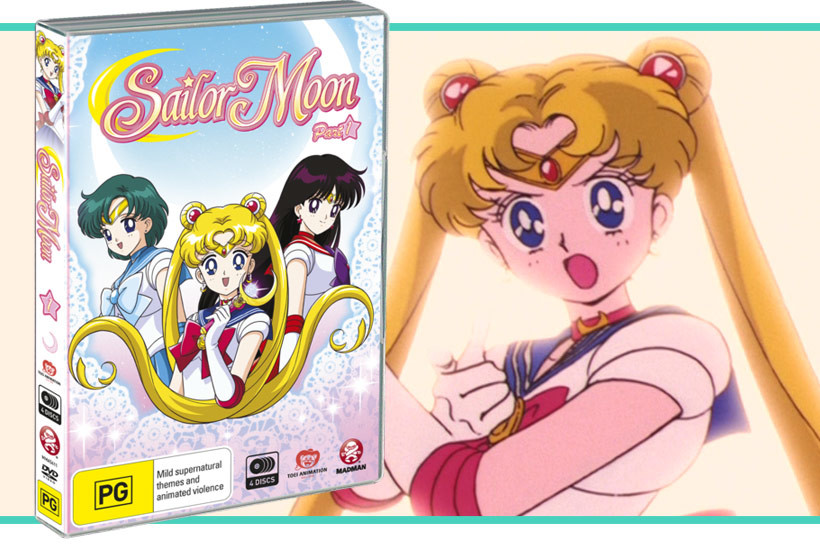 There comes a point where your general interest in anime changes from one of piqued interest to unusually obsessed. For me, this happened through a combination of Astro Boy as a young child then Robotech when it screened over late-1994/early-1995, followed by chance viewings of early Manga Video releases from the local video rental haunt and SBS. In June 1996 we were running late for school one day and I caught a little more of Agro’s Cartoon Connection than usual, presumably because Cheez TV wasn’t playing anything interesting at the time. The odd show was all girly, and while I recognised it as an anime, it looked too fluffy to be of interest to my teenage self. A few days later the same thing happened – saw some more of this odd show, and I disregarded it. Then the next day something odd happened – amongst all the silliness, a guy shows up in a tuxedo and battles a masculine-looking woman on a fence with a walking stick. It was stupid and inane, but I thought it hilarious and interesting. Shoot forward a couple of weeks and it was all over – I was hooked on anime. And in particular, I was hooked on the girly masterpiece that was Sailor Moon of all things. 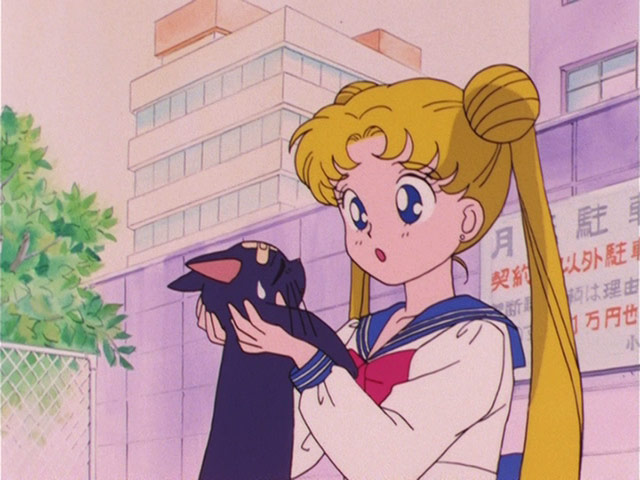 Sailor Moon. Considered one of the great classics of 90s anime and a driving force in early mass-market anime fandom alongside the likes of Dragon Ball Z and Teknoman/Tekkaman Blade (though I think was more an Australian thing), Sailor Moon effectively wrote the template for sentai magic girl awesomeness as it’s known today. This first release from Madman covers off the initial chunk of the first season, spanning episodes 1-24. This means we get a great introduction to the series and its characters, and thanks to the virtues of this release, all delightfully uncut in Japanese for the first time in Australia. Am I super excited? You bet I am! 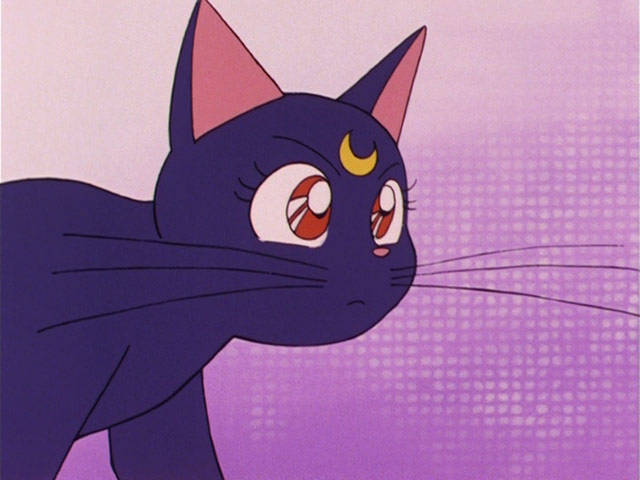 As expected, this first arc of the show covers the formation of the first 3 main characters that form Sailor Moon’s troop. It begins by focusing on the reluctant transformation of under-achiever Usagi Tsukino who dreams of all delightful girly things from 1992. This happens when she learns that she is destined to wear a mini-skirt, knee-high boots and lecture monsters who idly stand by to listen thanks to a talking cat with a band aid on its head. She’s summoned to battle as Tokyo is overwhelmed by a mysterious enemy who is draining energy from humans by pretty-boys dressed in striking one-piece uniforms. As she’s a bit rubbish at this task, purple talking cat Luna locates two other destined girls who reside in the same town – socially awkward but sweet genius Ami and feisty shrine maiden Rei. Oh, and someone appears to save the day at a critical point in every episode by throwing a rose at the enemy while looking dapper in a tuxedo. Together they spend each episode enjoying slice of life activities before invariably transforming during lavishly-animated sequences, deliver a speech on love and justice to the monster of the week before narrowly defeating it using more lavishly-animated sequences. 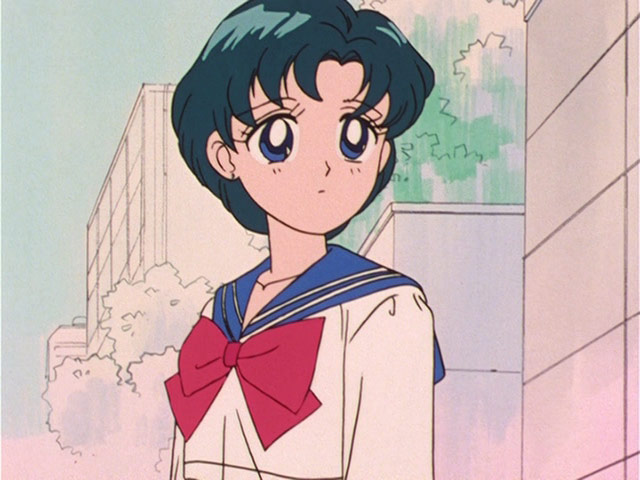 The premise sounds incredibly daft, and let’s be honest – it really is. This original adaptation to Naoko Takeuchi’s wildly successful manga is very much a product of its time, and over 20 years on, this hasn’t really changed. That isn’t necessarily a bad thing though, because Sailor Moon’s strength was always about the characters and the shoujo-heavy slice of life stuff, with the action sequences more about entertainment and driving a broader narrative, especially at this stage of the series. The pacing, especially in the episodes before Ami and Rei join Usagi, are a bit weak, but with the conclusion of the Nephrite arc (which incidentally is the concluding episode of this release) we start to see where the real strengths in this anime lie, and it’s in the cast. 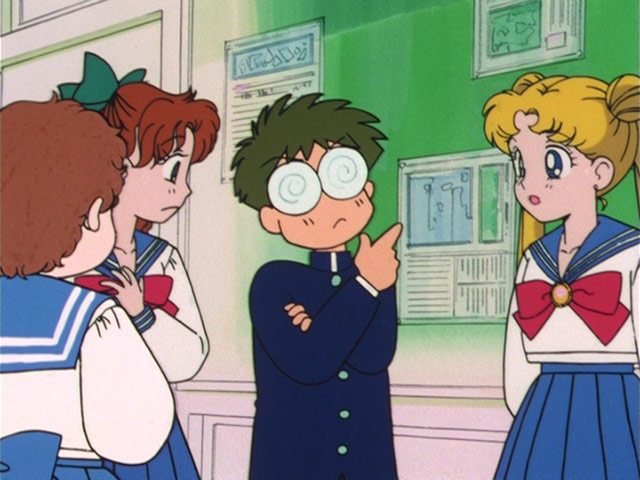 In this sense, while this is a great release to sit down and enjoy, it really needs to be viewed within this lens to really appreciate the impact this series made when it was released. Everything here is preparatory, and while it would have benefited from some judicious pruning, it sets itself up for the second half of the first season where things start to get really interesting. The advantage of the long-winded approach is that it gives more time to build the characters and give them personality. This is in stark contrast to the 2014/15 Sailor Moon Crystal adaptation of the original manga, which delivers a much more fast-paced and dynamic story but does so at the expense of the slice of life/shoujo elements that give the characters in this original adaptation so much more personality outside the two main protagonists, Usagi and Mamoru. I’m unsure if this is a controversial statement to make – I loved Sailor Moon Crystal and really enjoy reading the manga, so for some it may seem odd that the original anime takes a different angle as part of its approach to storytelling. To be honest it’s best to enjoy all three on their own terms, because Sailor Moon in any form of media is always recommended! 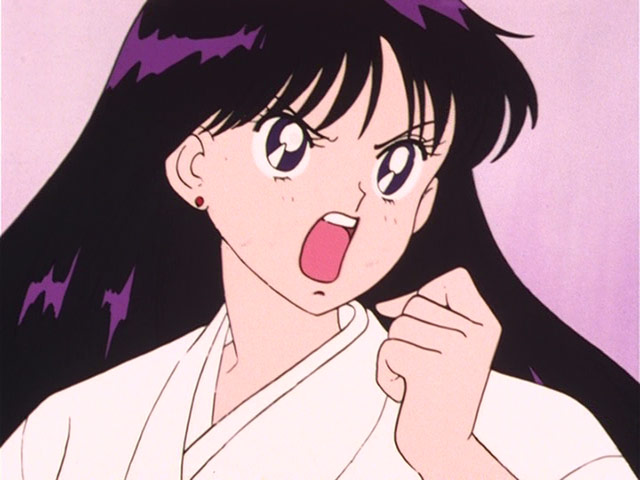 In terms of this release, Madman have done a stirling job. I’ve watched this first set of episodes on every format I can think of – broadcast TV, VHS and DVD releases of the original localisation, and 4th-generation VHS fansubs, ADV’s now out-of-print DVD box set from the early 00’s, Japanese R2 DVDs and Laserdiscs of the Japanese version. The last time the first season of Sailor Moon was officially available in the West was ADV’s box set that was notorious for the poor quality masters they had access to, which were a stark contrast to the remastered R2 DVDs that followed. This release from my comparisons look to have inherited the R2 masters as the base (including retaining the original NTSC transfer, so no PAL conversion issues) and have combined it with the new dub Viz produced for their current R1 release. This effectively means we’ve got a comparatively clean version and the series has never looked or sounded better. As a fanboy, this really is a great way to experience this show and I’m beyond chuffed. 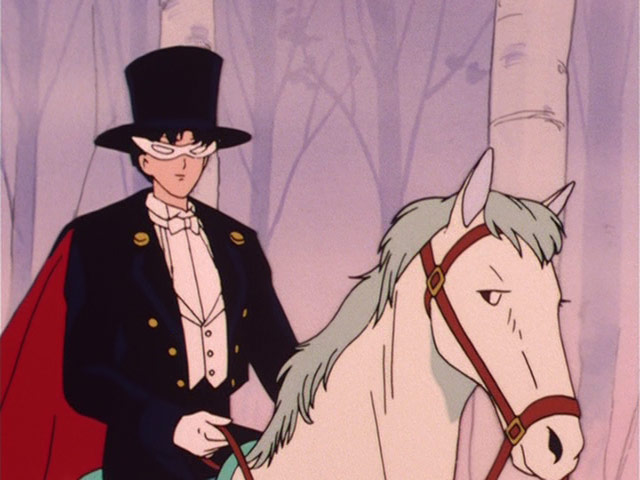 The only way this could be improved at a technical level if it was released in HD. If memory serves, Toei would need to commission a fresh transfer from the original 16mm prints, so the SD remasters used for the excellent (but expensive) Japanese R2 DVDs are the best we’ll ever see at this stage. In the US, Viz made the decision to use some techniques to clean and upscale the SD masters onto Blu-Ray, and feedback in the fan community suggests the results were not in line with expectations. With this in mind and likely a result of Madman’s technical evaluation, it was decided there wouldn’t be a local HD release. From a business perspective this makes perfect sense, as the only advantages to using Blu-Ray would be to use a more efficient codec than MPEG2, fewer discs to house the episodes and cleanly move the extra frames in the existing telecine back to 24fps from the 30fps telecine used to master this release. It may also increases the likelihood of a future release should Toei create a HD version to appease Japanese fans and Madman can get access to the assets since the market won’t be muddied by a low-quality earlier BRD release, but this is purely technical speculation so I may be completely wrong! 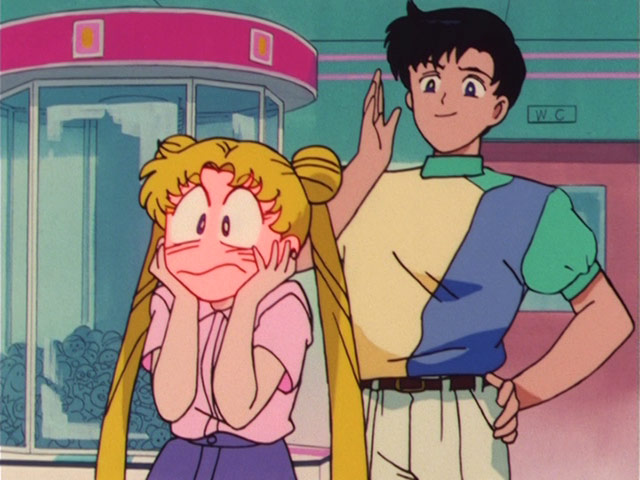 The rest of the package is solid – menus are functional and the on-disc extras include a short behind-the-scenes doco on the new English dub, textless openings/endings and a handful of trailers. The Limited Edition release includes some fancy extras, including a lovely box to house the second volume that’ll complete the first season and an artbook with character bios and a fantastic selection of production art printed on high quality stock. 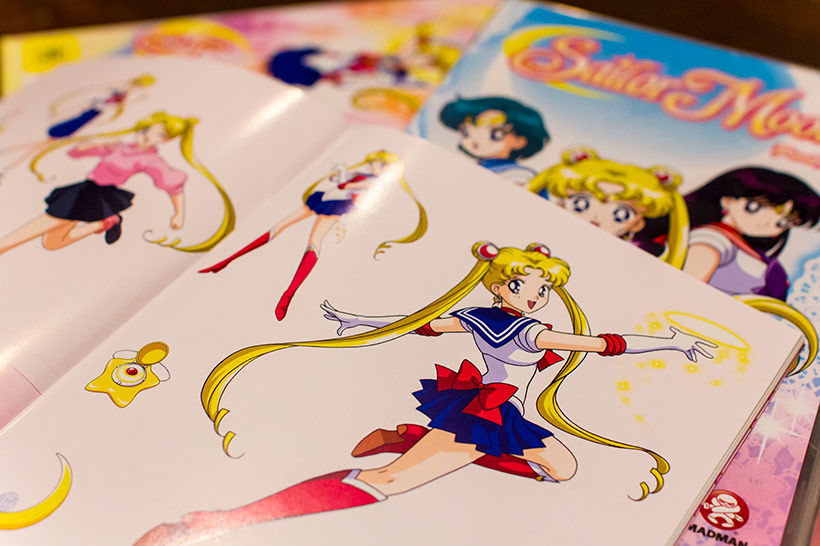 Sailor Moon has a pivotal place amongst anime fans outside Japan who discovered anime in the 90s. The disparate elements and age of the production may well put people off, especially if they’re compared to the more modern Sailor Moon Crystal. However, the series’ greatest strength – its heart – still beats strongly, and this release not only helps capture that so we can all enjoy it again, but does so in a way that speaks to fans by providing a tailored product that aims for the best quality possible. Madman should be applauded tor this release, and it should be the start of great things. I’m chuffed to be able to watch this series again with such loving attention to detail and can’t wait to continue the journey into some of my favourite story arcs which are still to come. 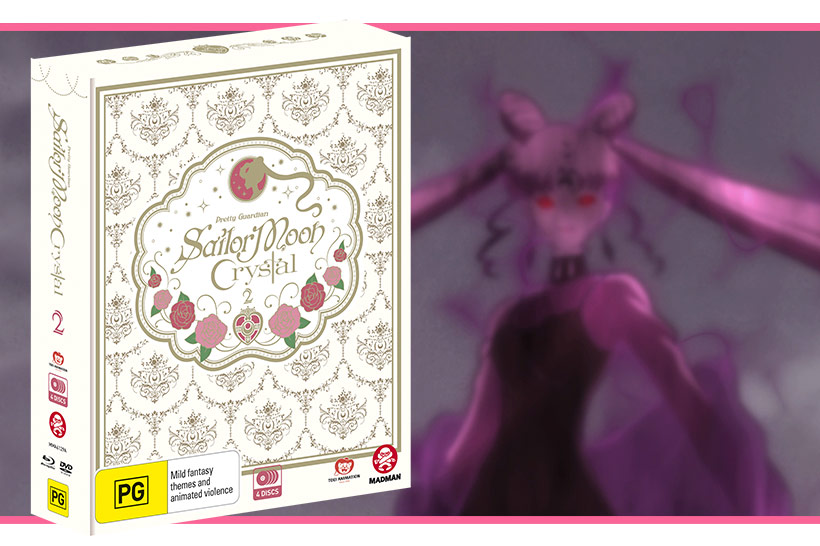 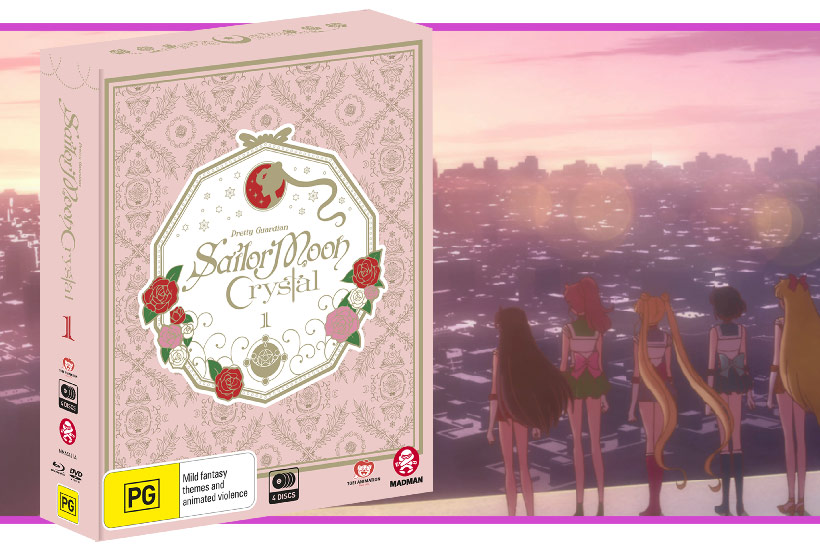