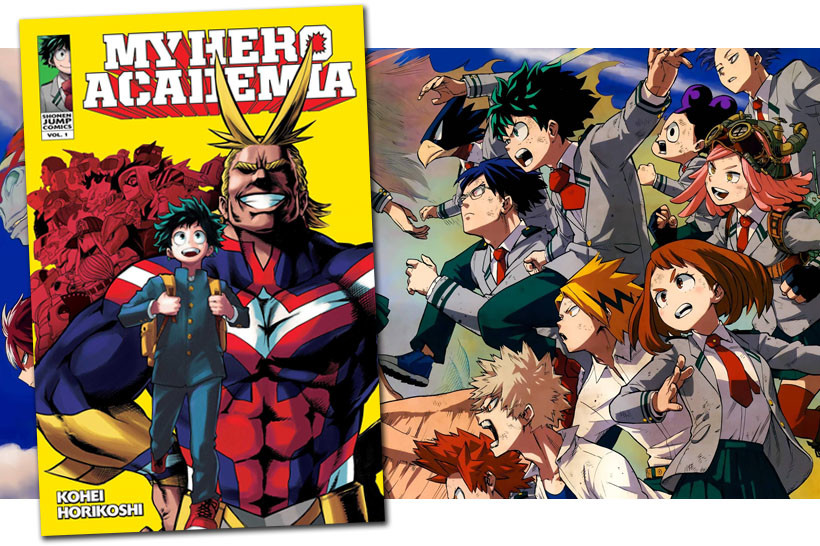 My Hero Academia is one of the next great shounen battle manga, and it has everything that could take it right to the top. Evolving the superhero theme into a society where it has become the norm, children are scouted and trained in mastering their unique talents in order to grow into the heroes they all dream of becoming. Written and Illustrated by  Kōhei Horikoshi, the first Volume is out, and with the anime adaptation announced on October 29th 2015 it’s all a bit exiting.

Izuku Midoriya is just a normal middle schooler with serious aspirations of becoming a real Hero, and unfortunately for Midoriya his greatest obstacle is himself, in that he has no unique powers whatsoever. They have called these powers Quirks, and they usually start forming from about three to four years old and have characteristics from one parent, or both depending on the circumstances. People can have their physical appearances change completely to resemble animals and even machinery, while others develop more subtle powers like altering gravity, hardening of their skin or creating objects from their own bodies. The range of Quirks is really very creative, and of course there are some that experience side effects from over use. The origin or cause is still unknown, and society is up to the fourth and fifth generations of these strange mutations, with about 80% of the population displaying Quirks of all types.

Despite being quirkless, Midoriya doesn’t give up and is a bit of a dorkus fanboy when it comes to knowledge of serving heroes which drives and inspires him to keep his hopes up. His class is graduating from middle school into High school, with U.A. High being the pinnacle of education facilities for a hero occupation. Katsuki Bakugo has the same aspirations as Midoriya, but not for the same reasons. Bakugo is somewhat of a prodigy when it comes to his quirk and potential, and others around him are just little pebbles on his pathway to glory. He bullies Midoriya and has been doing so even since they were little, and his personality is as explosive as his Quirk. Almost everything makes him furious, sometimes to the point it blinds him to the original mission goals but he always seems to advance despite his crappy temperament. 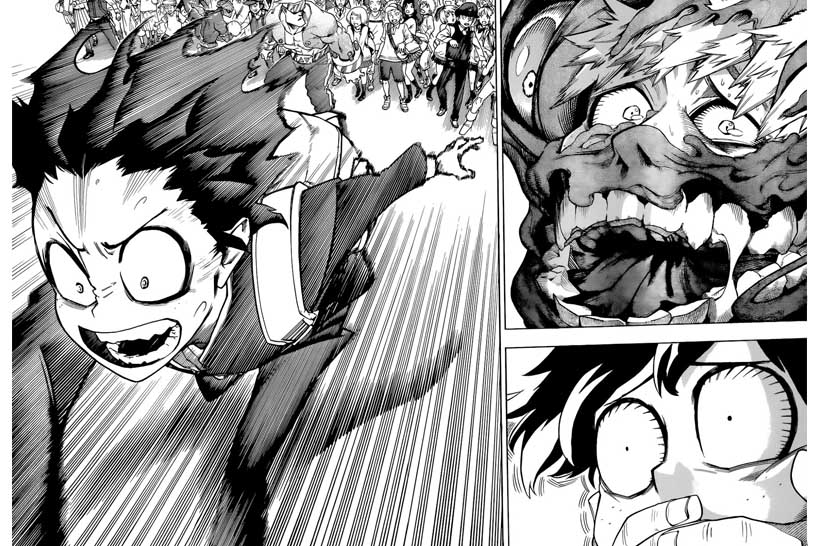 The students are at one end of the ladder and striving to reach the top, and at the very top looking down at them is the most powerful Hero to date, his name is All Might. Much about him is unknown to the general public, and upon a chance meeting he and Midoriya have their destinies connected in a very major way. Without saying too much, with the help of All Might his entry into U.A. High is made possible, and so are his dreams of becoming a hero. Midoriya’s future is not going to be an easy one, which is made very clear in their first exam at U.A. as he struggles to pass it at all. Midoriya’s actions inspire the other students (an enrage Bakugo) so he soon has new friends by his side as they continue forward together. 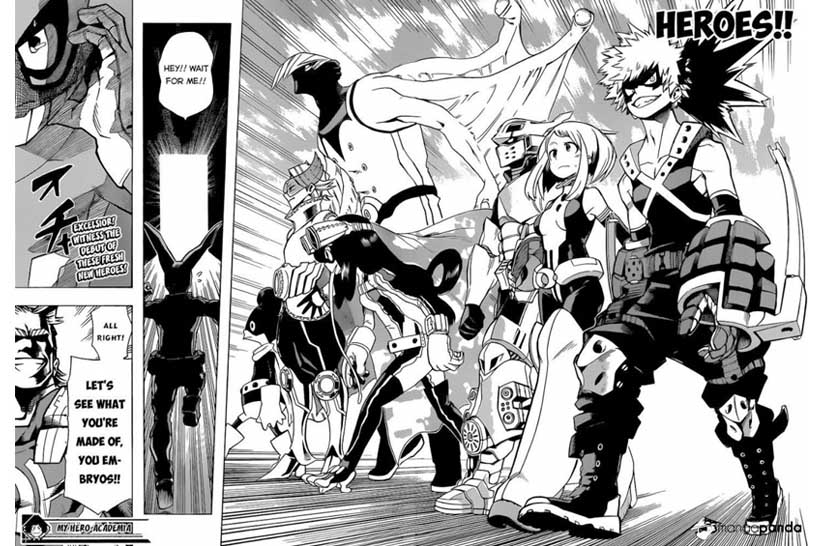 The art style is quite clean and unique, and All Might is actually drawn a little differently to the rest with his shading cross hatched like some american comics, it is subtle but it gives him more impact and presence when he enters the scene. The characters have plenty of expressions, and the artists is great at showing emotions, especially in Midoriya. There is comedy mashed in as well mainly in the art, and unlike One Punch Man the characters are not silly or ridiculous so they can be fleshed out more realistically. I really like where this is going and the possibilities of not only the students, but the criminals as well and what they will be facing in the future is enough to keep me coming back for more! 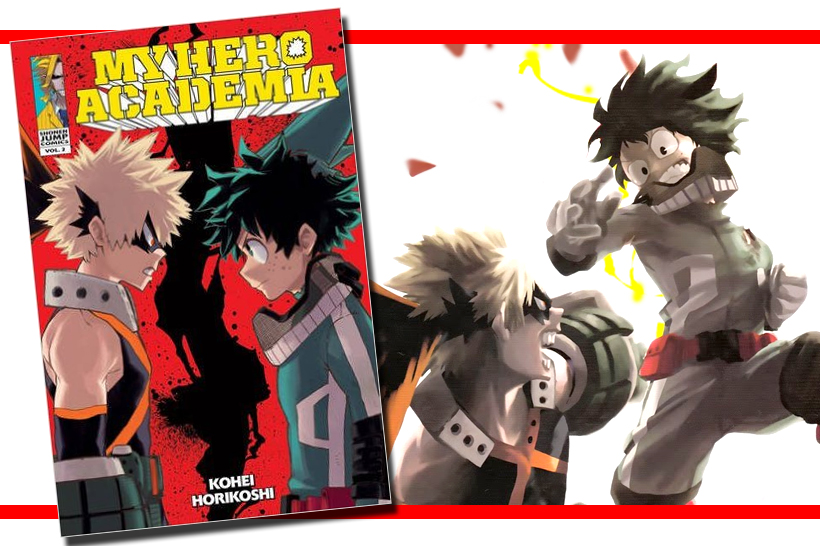