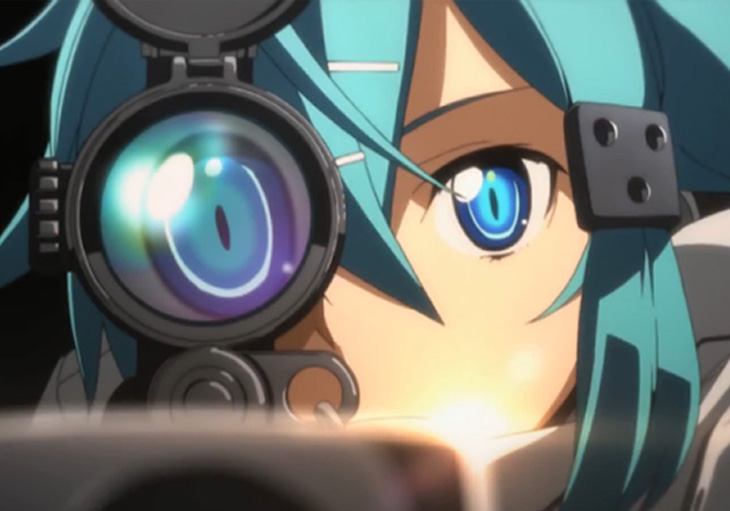 Set a year after the events of the SAO and ALO arc, Phantom Bullet arc begins with a bang, a VRMMO player is publicly shot in game and is found dead in the real world; Now, Kirito is pulled back to face not only the mysteries of the present, but also unearthed demons of his past. And we are also introduced to the new female lead; Shino Asada, a.k.a. Sinon. In the real world, Asada is a fragile girl with her own demons, gun are her worst nightmare; a point frequently abused by her bullies. With the help of her friend Kyouji, who comes off as the loyal friend who’s maybe a little too loyal for comfort, she is introduced to Gun Gale Online, a pvp shooter. But in GGO, Sinon is a tough, level-headed sniper whose piercing blue eyes are almost as deadly as her Hecate rifle. Using GGO as a medium for therapy, Sinon becomes one of the top snipers in the game, with Asada believing that if Sinon becomes stronger, she will too.

Our antagonist is the mysterious cloaked figure Death Gun, a menacing player with the ability to kill players in the real world with bullets from his pistol in game (aptly named but overly imaginative). Kirito is to track this Death Gun down and find out the truth, but is horrified to find that this mysterious player holds a marking of the Laughing Coffin guild, a red guild from SAO responsible for the murders of numerous players. 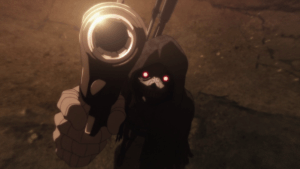 The Kirito vs Sinon battle delivered the goods it promised. The usually level-headed sniper has let Kirito get to her, and in the ensuing duel, he proves the difference between strength and skill by slicing her rifle’s bullet in half with his sword at only ten meters away, claiming he predicted her shot by seeing her eye through the scope (Kirito OP, please nerf!) Of course, it wouldn’t be a Sword Art Online episode without a flag being raised, and Sinon shows off a surprisingly tsundere side before surrendering, vowing to beat him next time. Part 1 ends with the perfect cliff hanger for the next episodes with Kirito and Sinon facing off for the Bullet of Bullets main event.

While Asuna, Suguha, and the rest of the gang play a significantly less crucial role in the GGO arc, they are thankfully not completely forgotten, catching screen time here and there. With Sinon/Asada playing the main female role, Asuna is relegated to a supporting role. I will say this, while i do feel that Asuna deserved more air time, i am actually a real fan of Sinon/Asada. The striking difference between Sinon’s strength and Asada’s vulnerability demonstrates a character development that is not confined to the virtual world like the first story arc and as a result is more multi-dimensional and realistic. I feel she’s a more well-rounded and complex female character than the anime world in general is accustomed to.

The show also integrates the gaming aspect and jargon neatly just like the first season, making it easy to keep up with the information. The attention to detail is high with both the scenery and the live-ammunition guns are accurate representatives of real world counterparts. (Being a bit of a gun nut, i was happy the guns are portrayed as well as they were). The grungy cyberpunk post-apocalyptic world that Gun Gale Online exists in has phenomenal visuals, improved further with the Blu-Ray format, and a brief lore behind it revealed in the chibi-presented Sword Art Offline II Extra episodes in the extras menu. A nice little addition if you ask me. 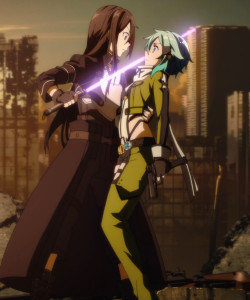 My only bone to pick with the weapons side of GGO was the “Photon Sword”, described by Shino by a couple of other names aside from the one that will undoubtedly pop in to everyone’s heads. Light sabers. Even the sound of the thing was practically identical to the Star Wars counterpart.

Just like Sword Art Online and the first two arcs, the music score suited through and through. Albeit the story progression has the air of being slower paced then its preceding arcs, the more time spent focusing on the main characters created a closer link, showcasing the individual yet similar suffering and trauma they both need to overcome.

Overall, while i can fault Sword Art Online II Part 1 for minor things, i am willing to overlook them for the journey it takes me on and while everyone can come up with their own conclusions, it is everything i wanted for a second season of Sword Art Online and acts as a solid foundation for Part 2, which i await for eagerly. 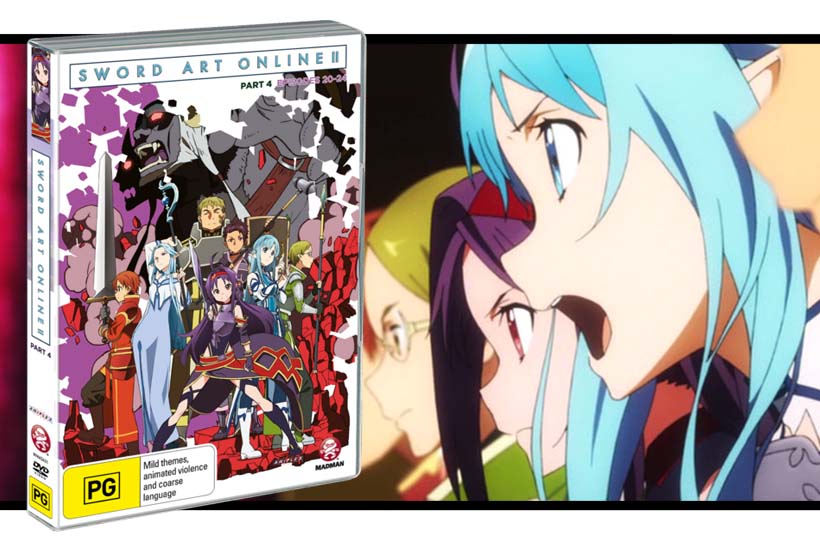 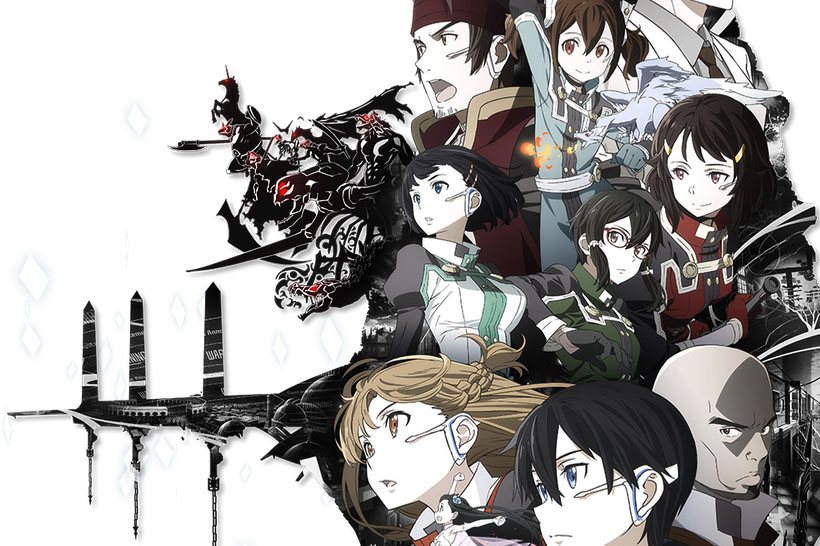 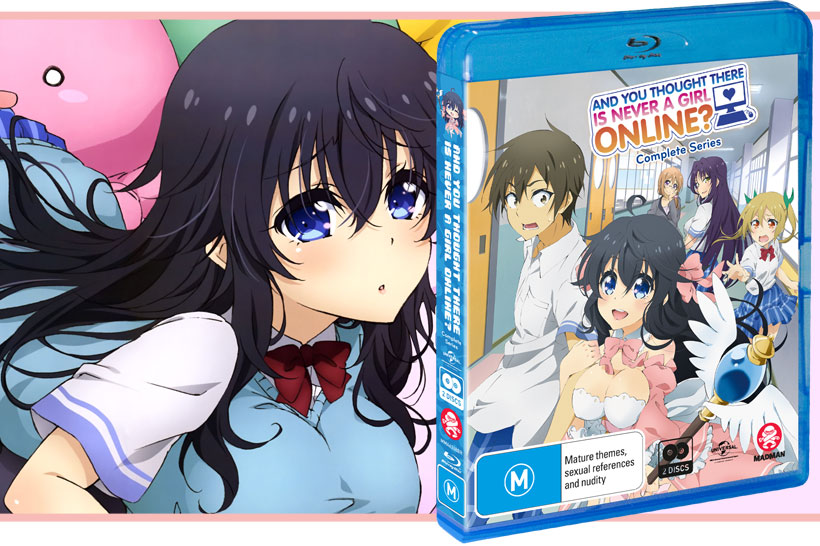